THE "World's Most Bestest Dad" "violently shook" his 34-day-old son which resulted in his "slow and painful" death 4 years later, it's reported.

Brian MacDonald, 44 has been charged with second-degree murder, accused of shaking or inflicting force upon baby Cameron which caused a fatal brain injury. 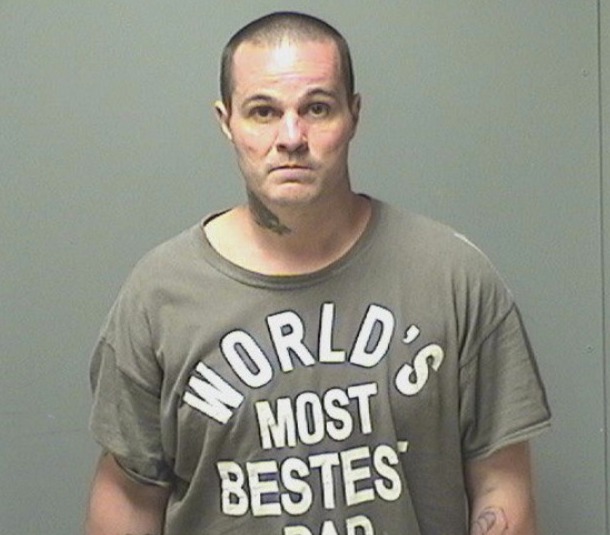 Cameron MacDonald was just 34 days old when he was assaulted in February 2006. He tragically died in January 2010.

Themedical examiner's office determined that Cameron's death was a homicide and that the baby had died as a result of his injuries that he had sustained in the physical assault in 2006, according to NH Attorney General Gordon MacDonald and Manchester police chief Carlo T. Copano.

The baby was injured when MacDonald lived together with the mother Katrina Hayford in Manchester, local reports suggest.

She had reportedly left the baby and her other one-year-old son while she went to a visit a friend, according to Manchester Ink Link.

The mother returned within 90 minutes to find the baby was reportedly having difficulty breathing and with a bruise on his torso.

Cameron suffered a lacerated liver and fractured ribs as a result of the alleged shaking, reports a 2006 indictment.

MacDonald, of Concord NH, then allegedly dropped the newborn – causing fractures to the baby's skull and thigh, according to the New Hampshire Union Leader.

Prosecutor Benjamin Agati said Cameron was in a "non-responsive state" from the time of the incident, in February 2006, until his death four years later, it's reported.

MacDonald was arrested on first-degree assault charges, found guilty and was sentenced to a 15-40 year prison term in 2006. He was out on parole.

Cameron's father was arrested on Wednesday based on a warrant charging him with one count of reckless second-degree murder of his son.

The 44-year-old claimed that he "accidentally" dropped his son, a hearing reportedly heard yesteday.

He is being held without bail and faces a hearing later this month.