The new Prince and Princess of Wales could tour Australia early next year – and may even take their children.

It is understood the Palace is looking at plans for Royal Family members to travel to as many realms – countries where King Charles III is also head of state – and leading Commonwealth nations as possible next year. They would formally accept condolences on the death of the Queen.

William and Kate toured Australia in 2014 with a baby Prince George.

It came as New Zealand prime minister Jacinda Ardern said the country will not look to become a republic in the wake of the Queen’s death. 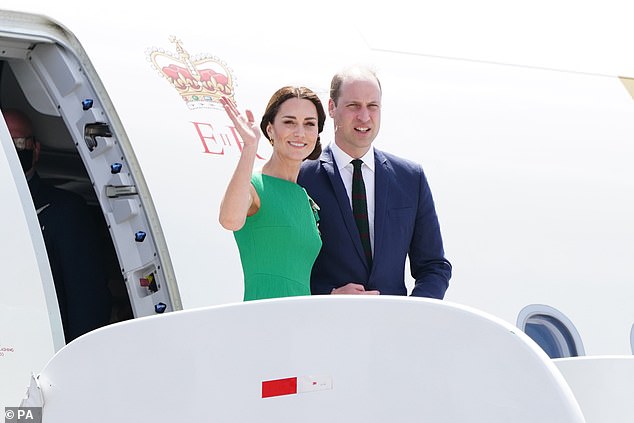 It is understood that a trip the new King and Queen had been due to undertake in October to a Commonwealth country is now ‘doubtful’ with a coronation to plan and pressing affairs of state.

But there is already talk that William and Kate will be deployed to Australasia.

They had been due to travel there in 2020 but the visit was cancelled due to Covid.

There is speculation that they could try to travel in the school holidays next Easter and take their young family with them.

The issue is likely to be raised during the visit of Australian Prime Minister Anthony Albanese and Governor-General David Hurley when they are in London next week for the Queen’s funeral.

Charles, who is extremely fond of Australia, would also tour the nation at ‘an early opportunity’ in his reign, a source said.

This would be followed by other realms and leading Commonwealth countries.

But there will not be won’t be a repeat of the Queen’s epic six-month Commonwealth tour in 1953, when she and the Duke of Edinburgh visited 13 Commonwealth realms shortly after her coronation.