More than 100 days after her arrest at a Moscow airport, Brittney Griner still doesn’t have a trial date.

A Russian court extended the WNBA star’s pre-trial detention for a third time on Tuesday, this time until at least July 2, according to a Russian state media agency.

The delays are officially to grant prosecutors more time to gather evidence even though the investigation in this case appears relatively straightforward. The only witnesses seem to be Griner and the airport customs officials who allegedly found drugs in her luggage when she entered Russia. The primary evidence seems to be the vape cartridges of hashish oil allegedly obtained at the checkpoint.

Yuval Weber, an expert on Russian military and political strategy, told Yahoo Sports he views the legal proceedings as a way to coat a negotiation tactic with a veneer of legitimacy. Weber expects Russia to extend Griner’s detention over and over to keep her in the headlines in the U.S. and to ratchet up pressure on the Biden administration to accept a deal that the Kremlin wants.

“What the Russians are looking for is to keep Brittney Griner as prominent as possible,” said Weber, a distinguished fellow at Marine Corps University’s Brute Krulak Center for Innovation and Future Warfare. “They don’t care about the bad press because they’re in a sea of bad press. One more bad headline isn’t going to make a difference. But the headlines can put pressure on President Biden and the U.S. when they’re basically shown to not be able to rescue such a high-profile person.”

Griner is under investigation for the large-scale transportation of drugs and faces up to 10 years in a Russian prison if convicted. Last month, the U.S. classified Griner as “wrongfully detained” by the Russian government, a distinction that allows the Biden administration to go from providing consular support to actively negotiating her release.

Ned Price, a spokesperson for the State Department, said Tuesday that the U.S. was “last able to have consular access to Brittney Griner last month.” Price told reporters it is his understanding that State Department officials learned of Griner’s latest extended detention via a report from the Russian state-run media agency TASS. 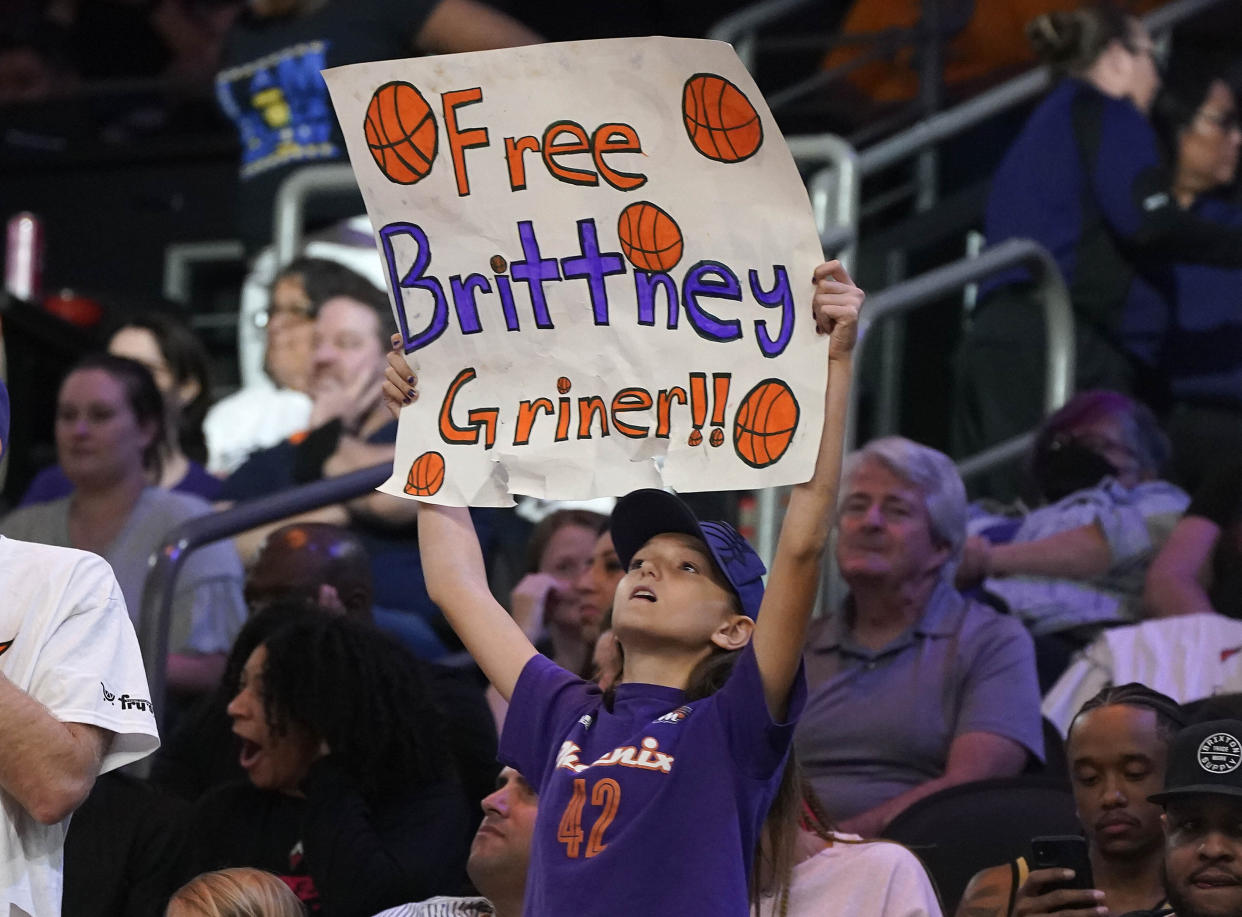 “This case is problematic from top to bottom,” Price said. “It is precisely why we have characterized Brittney Griner as a wrongful detainee. It’s precisely why we are doing everything we can to see and to effect her prompt release from Russian detention.”

What complicates those efforts is Russia’s seemingly lopsided asking price. Notorious Russian arms dealer Viktor Bout, the so-called “Merchant of Death” and the inspiration for the 2005 Nicolas Cage film, “Lord of War,” appears to be Russia’s preferred target in a potential prisoner exchange for Griner.

On May 13, Russia paraded Griner through a Moscow courtroom in handcuffs and extended her pre-trial detention by a month, a display that some experts interpreted as an attempt to increase the pressure within the U.S to make a deal. That same day, multiple state-owned Russian news outlets reported that Russia would be open to swapping Bout for Griner.

Tuesday’s TASS story included a notable comment from Russia’s Deputy Minister of Foreign Affairs about the possibility of an exchange for Bout. Sergei Ryabkov “urged to wait for the completion of the trial” in Griner’s case before a deal could be brokered.

“What he’s basically saying is we can try her, convict her and pardon her next week if you give us Viktor Bout,” Weber said. “But if you don’t, we can keep her in prison for as many years as we want so you get as many bad headlines as possible.”

Since the U.S. declared Griner to be wrongfully detained, her family, friends and WNBA peers have vocally supported her and ratcheted up the pressure on the Biden Administration to bring her home safely. The latest to speak was Griner’s older sister, Shekera Griner, who last week delivered a moving video message to supporters at a rally and vigil in Houston.

“For 100 days, I have not seen my Brit,” Shekera said. “It’s been totally gut wrenching for myself and my family, her mom and dad, my siblings, myself. I don’t wish this on anyone. We’re asking President Biden, Vice President Harris, the entire Biden administration to please do whatever’s necessary to bring our sister home safely and quickly.”

Those heartfelt public pleas may be Griner’s ticket home, but they also play into Putin’s hands. Putin, Weber says, won’t care about reuniting Griner and her family. He’ll just want to increase the leverage he has in a potential deal.

“There are very few elements of leverage that Russia has over the United States on basically anything,” Weber said, “ … so Putin is going to extract as much value as possible.”