The 49-year-old leader was a teacher of French and mathematics in Vancouver before he stepped into the high-profile role of PM in 2015. 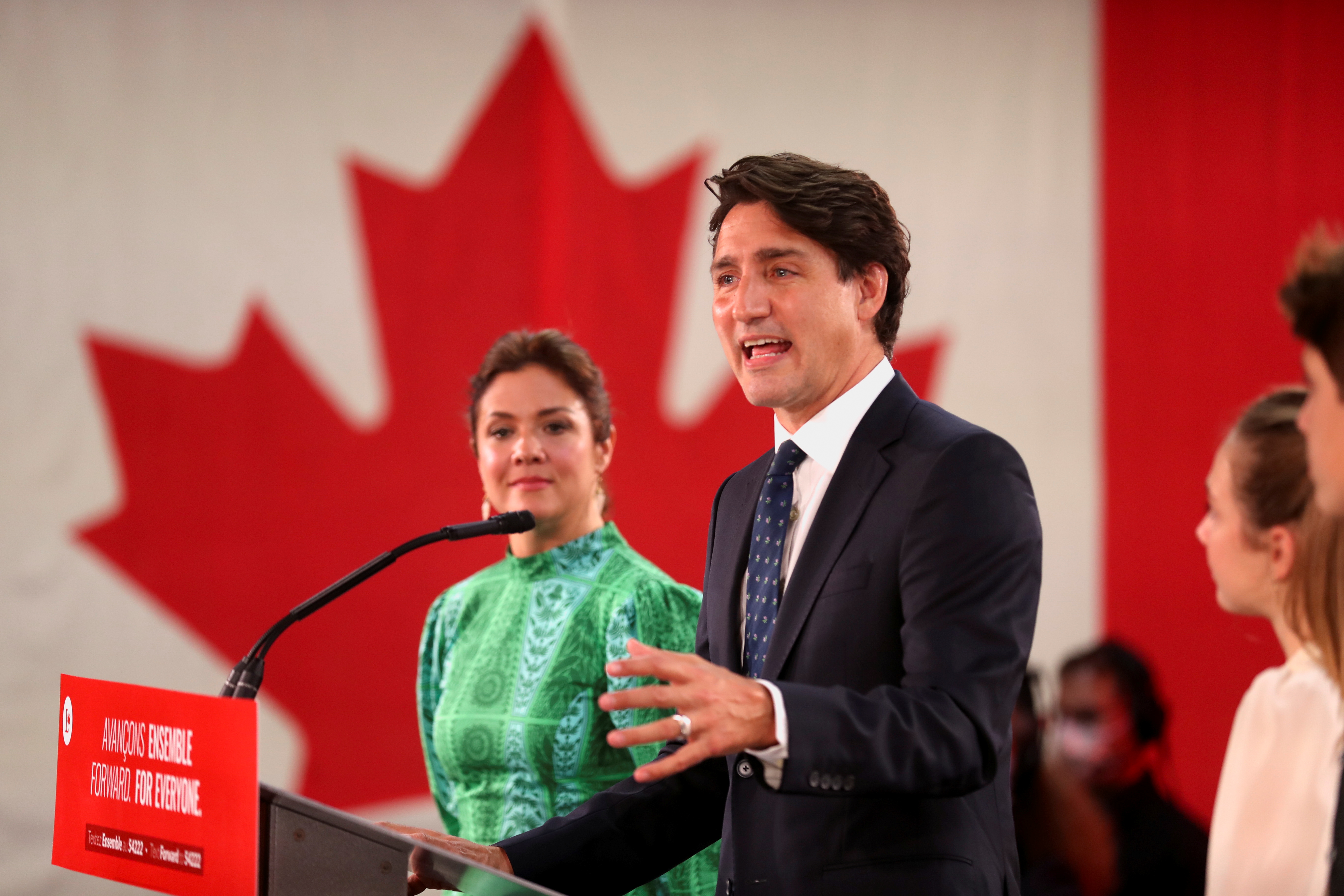 Who is Justin Trudeau?

Justin Trudeau, 49, is the leader of Canada's Liberal Party and the country's 23rd and current Prime Minister.

Born in Ottawa on Christmas Day in 1971, he became the second youngest Canadian PM when he took office aged 43 in November 2015.

The youngest was Joe Clark, who took office the day before his 40th birthday.

Trudeau's father Pierre Trudeau was Clark's successor as PM and held office between 1968 and 1979 and again from 1980 to 1984 – the third longest serving PM in Canadian history.

He studied for a literature degree before going on to become a teacher of French and mathematics in Vancouver.

He gained a high public profile when he delivered a eulogy at his father Pierre Trudeau's state funeral in 2000.

While he had always been a supporter of his father's Liberal Party, he didn't become fully involved in politics until eight years after his father's death.

He called the vote two years early, hoping for approval of his response to the Covid pandemic.

But he narrowly won re-election and he failed to secure a majority in parliament. 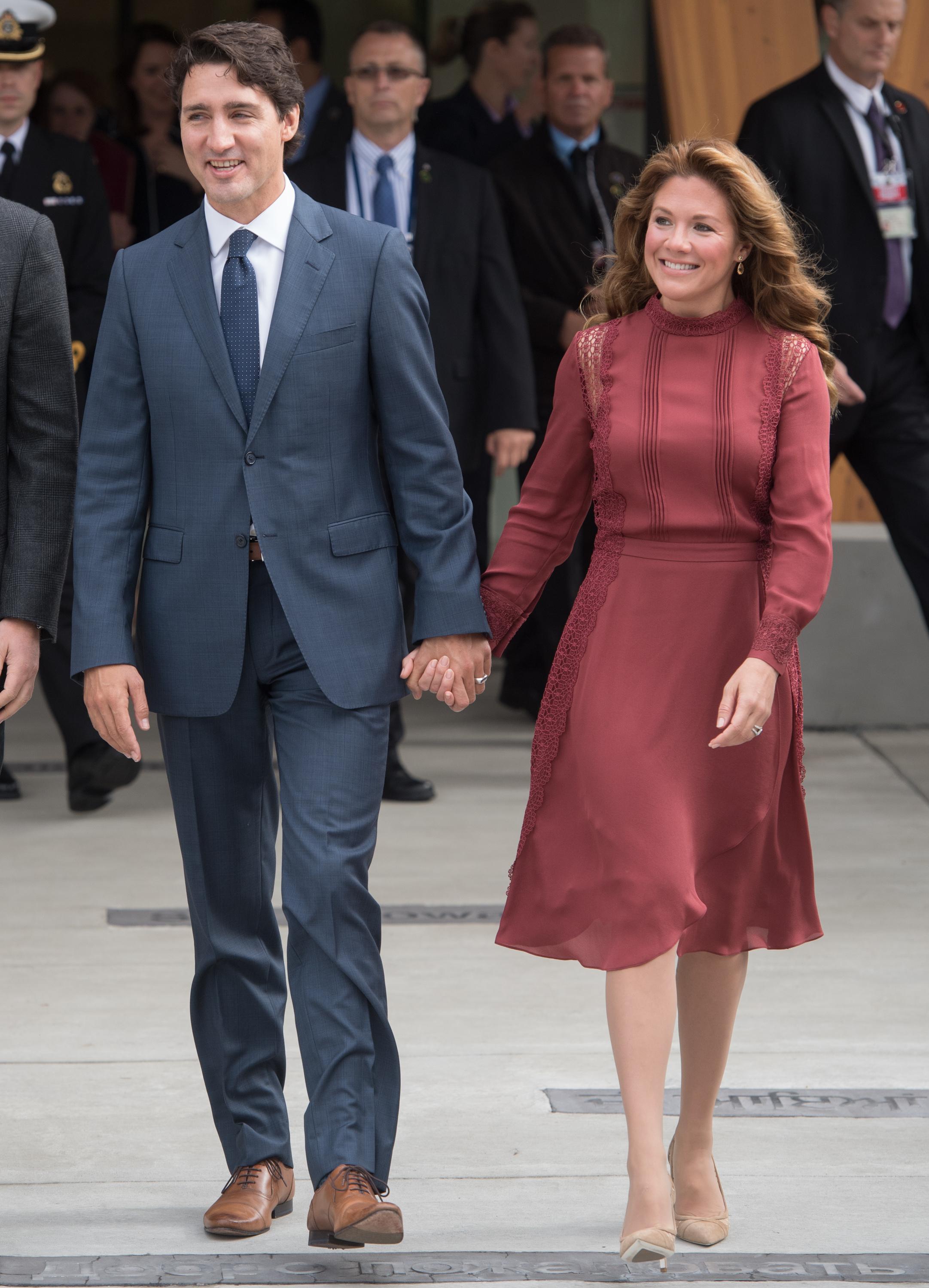 What is his net worth?

Trudeau, his wife Sophie and their three children live in a 22-bedroom mansion in Ottawa, which is paid for with public money.

They chose not to live in the traditional Prime Minister's residence – 24 Sussex Drive, which reportedly needs more than $10 million in major renovations.

The current PM lived at 24 Sussex Drive when his father – Pierre Trudeau – was Prime Minister.

What was the blackface row?

On September 18, 2019, a photograph was published by TIME which showed the Canadian PM wearing blackface make-up to an "Arabian Nights" themed party at West Point Grey Academy where he previously taught.

The picture, from 2001, showed Trudeau dressed in a turban and robes with his face, neck and arms completely darkened with make-up.

The controversial snap appeared in a yearbook from the school and "has been a subject of gossip within the West Point Grey community".

Trudeau apologised for the picture, branding it racist.

He said: "Yes it was [racist]. I didn’t consider it racist at the time, but now we know better.”

Pressed to come clean about any other past inappropriate costumes, Trudeau also admitted he wore blackface in high school to sing a song by African-American civil rights activist Harry Belafonte.

He said: "I deeply regret that I did that."

The PM has also been criticised in the past for a tattoo on his left arm, which is based heavily on the work of indigenous artist, Robert Davidson. 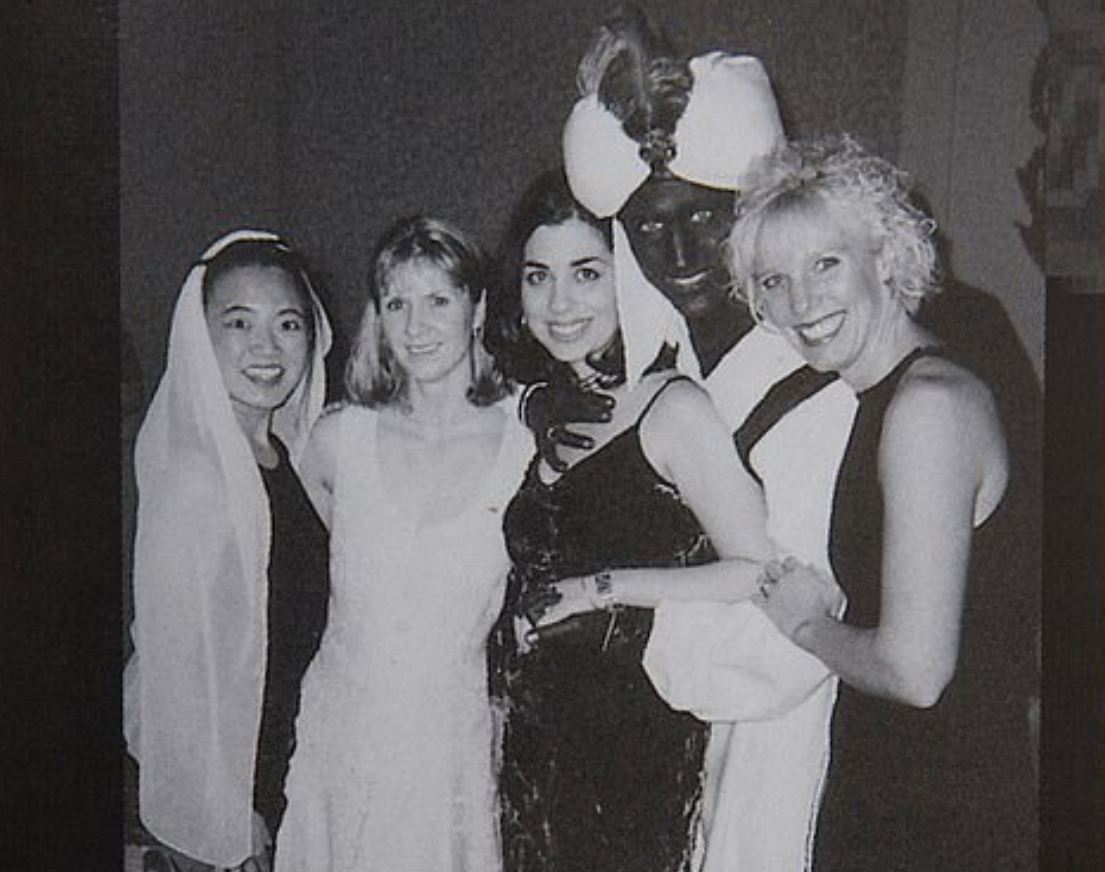 He was elected to represent Papineau in the 2008 federal election and the following year appointed the Liberal Party's spokesman for youth and and multiculturalism.

In 2010 he became spokesman for citizenship and immigration and in 2011, for secondary education, youth and amateur sport.

He won the leadership of the Liberal party in April 2013 and went on to win a landslide victory in the 2015 federal election.

Trudeau met Prince William and Kate Middleton during the royal visit to Canada in 2016.

Politicians, including German Chancellor Angela Merkel, have been spotted looking charmed at meeting the Canadian PM.

He was named as one of Vogue magazine's top ten "unconventional alternatives" to the sexiest man alive.

He announced his country would accept refugees after Donald Trump imposed a travel ban.

Trudeau tweeted: “To those fleeing persecution, terror & war, Canadians will welcome you, regardless of your faith. Diversity is our strength #WelcomeToCanada”.

Donald Trump attacked "indignant" Trudeau in a Twitter tirade hours before the G7 summit in June 2018.

It came amid a trade dispute with Canada and EU countries after the US slapped tariffs on steel and aluminium imports.

In October 2019 Trudeau's Liberal Party retained power in the Canadian elections but lost their majority.

In September 2021, Canadians returned Trudeau to power in hotly contested elections against a rookie conservative leader, but he failed to gain an absolute majority.

Trudeau had called the snap election in August 2021 in an attempt to win voters after the success of his handling of the Covid pandemic, but his gamble failed and nearly mirrored the result of two years ago.

Who is Justin Trudeau's wife?

Justin Trudeau met Sophie Gregoire when they were children growing up in Montreal as she was a classmate and friend of his youngest brother Michel.

But it wasn't until 2003 that they reconnected, when Sophie – by then a TV personality – was assigned as his co-host for a charity ball.

They began dating several months later before announcing their engagement in October 2004.

The couple married in a Roman Catholic ceremony in May 2005 and have three children together – Xavier, ten, Ella-Grace, nine, and four-year-old Hadrien.