The WHITE red squirrel: Mammal with a genetic disorder similar to albinism is spotted enjoying a spot of breakfast

We all know there are two types of squirrel in the UK – red and grey… and, er, white?

This one was spotted having breakfast in a garden.

It is actually a red squirrel, but suffers from leucism, a rare genetic condition similar to albinism but not causing the pink eyes found in albinos. 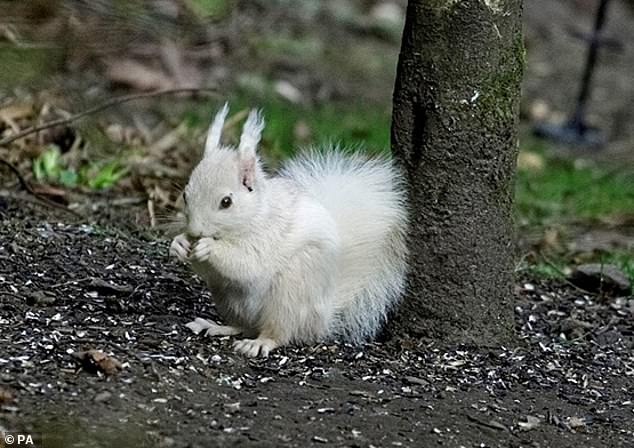 This red squirrel, spotted in a garden in Perthshire, suffers from leucism, a rare genetic condition similar to albinism 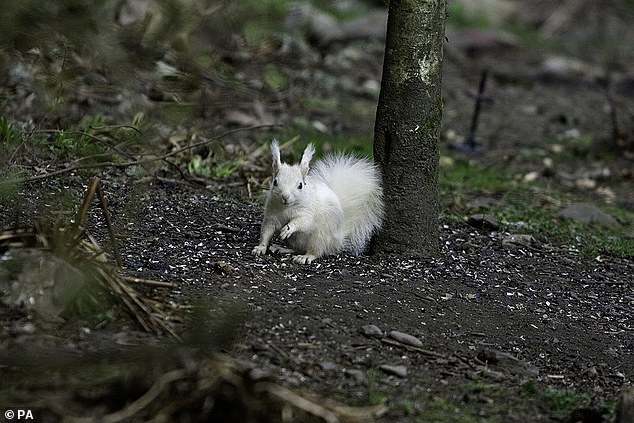 Chris Eddington snapped the squirrel roaming around his garden at breakfast time, Saving Scotland’s Red Squirrels said his pictures were ‘some of the best images of a leucistic red’ 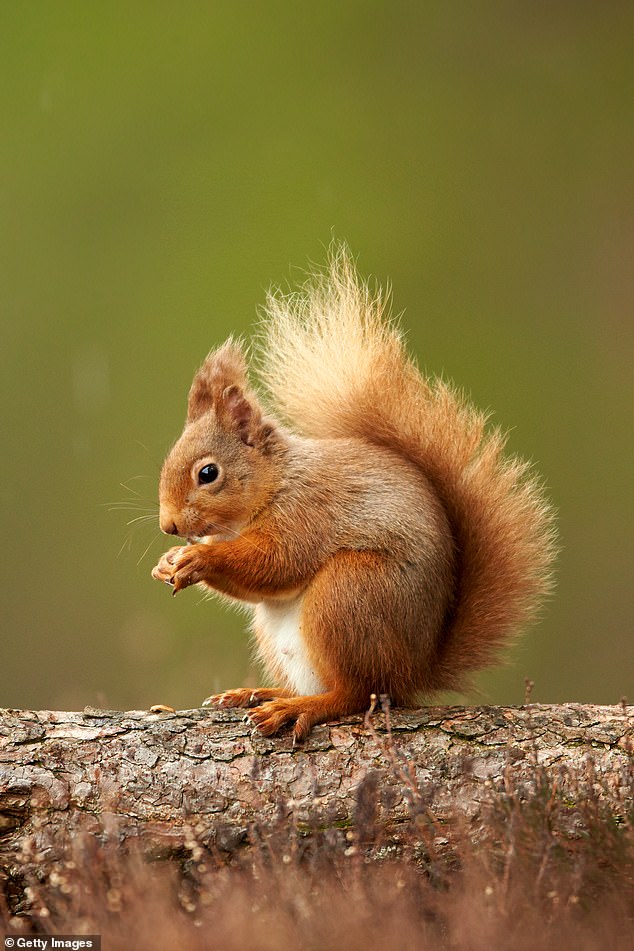 Chris Eddington photographed it at his home in Dunkeld, Perthshire, and told Saving Scotland’s Red Squirrels.

AnnMarie MacMaster, the project’s conservation officer for Tayside, said: ‘Its distinct ear tufts and delicate body shape and size clearly distinguish this animal from its nonnative cousin, the grey squirrel.

‘Chris’s pictures are some of the best images we’ve seen of a leucistic red.’

Mr Eddington spotted the rare mammal while eating his dinner, now at home in the day during lockdown, said: ‘I’ve never seen so many red squirrels.’

Saving Scotland’s Red Squirrels is a partnership project led by the Scottish Wildlife Trust, which monitors populations across Scotland.

Albinism, a genetic condition which reduces the amount of melanin a creature has, can dramatically reduce an animal’s chance of survival in the wild for a number of reasons.

The condition leaves animals with white skin or fur because of a lack of pigment. This is particularly problematic for creatures such as squirrels who need to blend in with tree trunks and leaves to avoid predators.

Another problem faced by creatures with albinism is poor eyesight. The signature pink or reddish eyes albinos have have usually developed abnormally, and so they often struggle with depth perception and focussing on objects.

The increased difficulty in surviving on top of the fact that albinism occurs in just 1 in 100,000 mammal births means that albino squirrels are incredibly rare.

However, it is important to draw a distinction between albino squirrels and the far rarer white squirrel.

White squirrels suffer from leucism, a mutated gene which turns their skin white but leaves their eyes black, meaning they do not suffer with any of the eye problems albinos have.

There are around five million grey squirrels in Britain, but experts believe there are fewer than one in a million that have leucism.