Three White Island survivors held their breath underwater for two minutes in a move that saved their lives as a toxic cloud of ash hovered above.

Helicopter pilot Brian Depauw landed his aircraft with a group of German tourists on the volcanic island off the coast of New Zealand moments before it erupted on December 9 last year.

The group were forced to flee by boat as their chopper’s rotors were destroyed when it was thrown from its launch pad amid the explosion.

When he realised the helicopter couldn’t fly, Mr Depauw saw plumes of ash coming towards the group and screamed ‘jump into the water!’ 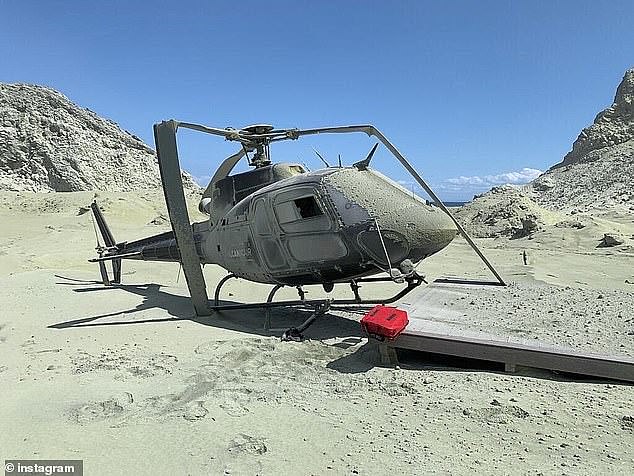 Pilot Brian Depauw and his passengers were walking on White Island near the beach when it erupted about 2.11pm on December 9, 2019

He jumped into the sea with two of his clients – tourists from Germany – and took a lungful of air before plunging under the surface.

‘This is it,’ he thought, US publication Outside reported.

‘There’s no surviving this.’

Depauw saw a dark cloud roll over the water’s surface before everything went black.

After about two minutes, his lungs were aching.

Light began to emerge through the darkness and the trio lunged up for air. 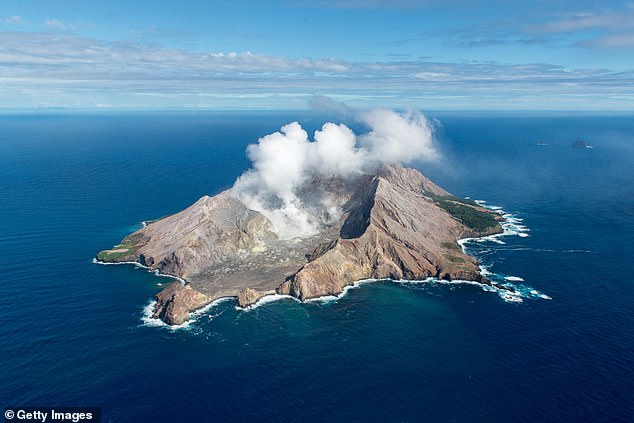 There were 47 people on the island (pictured)when the volcano erupted. Twenty-one people died 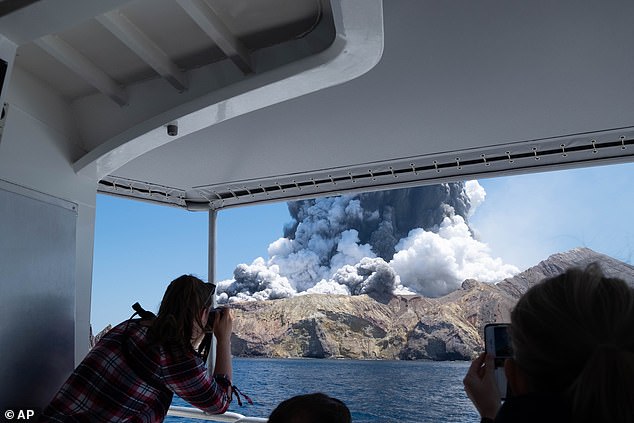 Pictured: Tourists capture photos of the White Island (Whakaari) volcano eruption in the Bay of Plenty, New Zealand on 09 December 2019

The water around them had a thick layer of yellow dust that smelled strongly of sulfur.

They swam to the jetty where tourists with blackened limbs were beginning to gather.

Two followed Depauw into the water and were unscathed, but the others suffered horrific burns.

His chopper appeared to have taken the full brunt of the explosion.

A haunting image of the destroyed chopper shows it slumped to the ground and covered in ash.

There were 47 people on the island when the volcano erupted. Twenty-one people died.