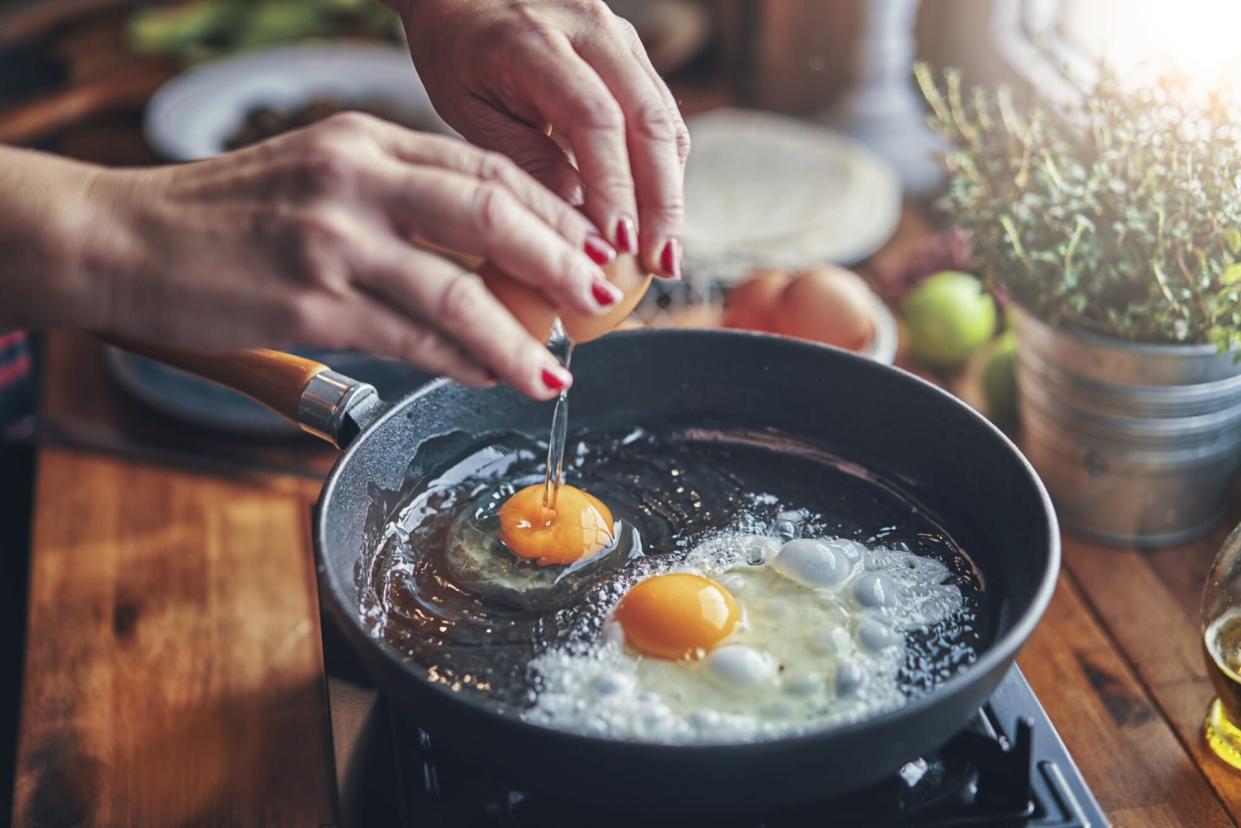 Some of our cooking habits in the South can certainly be considered unique compared to the ways of other regions. It’s not just anyone who will whisk a roux until their wrists ache, or grate frozen butter for biscuit dough, or put baking soda in a pitcher of sweet tea. (If you know, you know.) However, some dishes transcend place and time as everyday classics, such as eggs at breakfast time. For those, Southerners choose to put their own sparkle on the ordinary.

Any Southern cook who has mastered the homestyle recipes that everyone should know by heart—your mother, perhaps?—tends to feel passionately about how things are supposed to be done in the kitchen, even for something as commonplace as eggs. For many, eggs cooked in a skillet are eggs cooked in a skillet. To her, it’s not quite so simple. There’s a time-tested system in place that should be respected if you want eggs worth serving with grits on the side.

For example, at the surface level, there really isn’t a difference between a fried egg and an over-easy egg. They’re both cooked in a pan and flipped over to cook the yolk. The flip itself sets them both apart from a sunny-side-up egg. So, they’re essentially the same thing, right? Not to Southern cooks.

An over-easy egg evokes an image of something sans the sparkle, devoid of comfort-food flair; while a fried egg is something deliciously basted in leftover bacon grease from the strips cooling on a plate within arm’s reach. There has to be some form of melty, indulgent fat in the frying pan that doesn’t come out of a spray can, and if the eggs don’t have tiny, browned, ugly bits of bacon studded to the surface, we’re not interested. For more health-conscious Southerners, perhaps this is just the difference between a responsible Tuesday morning egg and a Saturday morning egg that their grandmother would have made. (It’s also important to note that fried eggs can be requested with a hard yolk, not just a runny yolk. Additionally, butter in lieu of bacon grease is allowed in dire circumstances.)

Sure, it’s more about the semantics, but words are everything. It’s like calling a Coke a “soft drink,” or dubbing a Cheez-it the same thing as a cheese straw. We can guarantee that no Southerner is going into Waffle House and asking for anything other than fried eggs. The server then asks for preference on the yolk, and everyone goes on with their day. Pecan waffles and free coffee refills for all.

In the dictionary, there might not be a definitive difference between fried eggs and over-easy eggs, but our butter-loving souls say otherwise.