SHAMIMA Begum was a 15 year old schoolgirl when she went to Syria to join the Islamic terror cult, ISIS.

The former Brit has been fighting to return to the UK after things went sour for her and her murderer husband. Her appeal is today. Here's the latest. 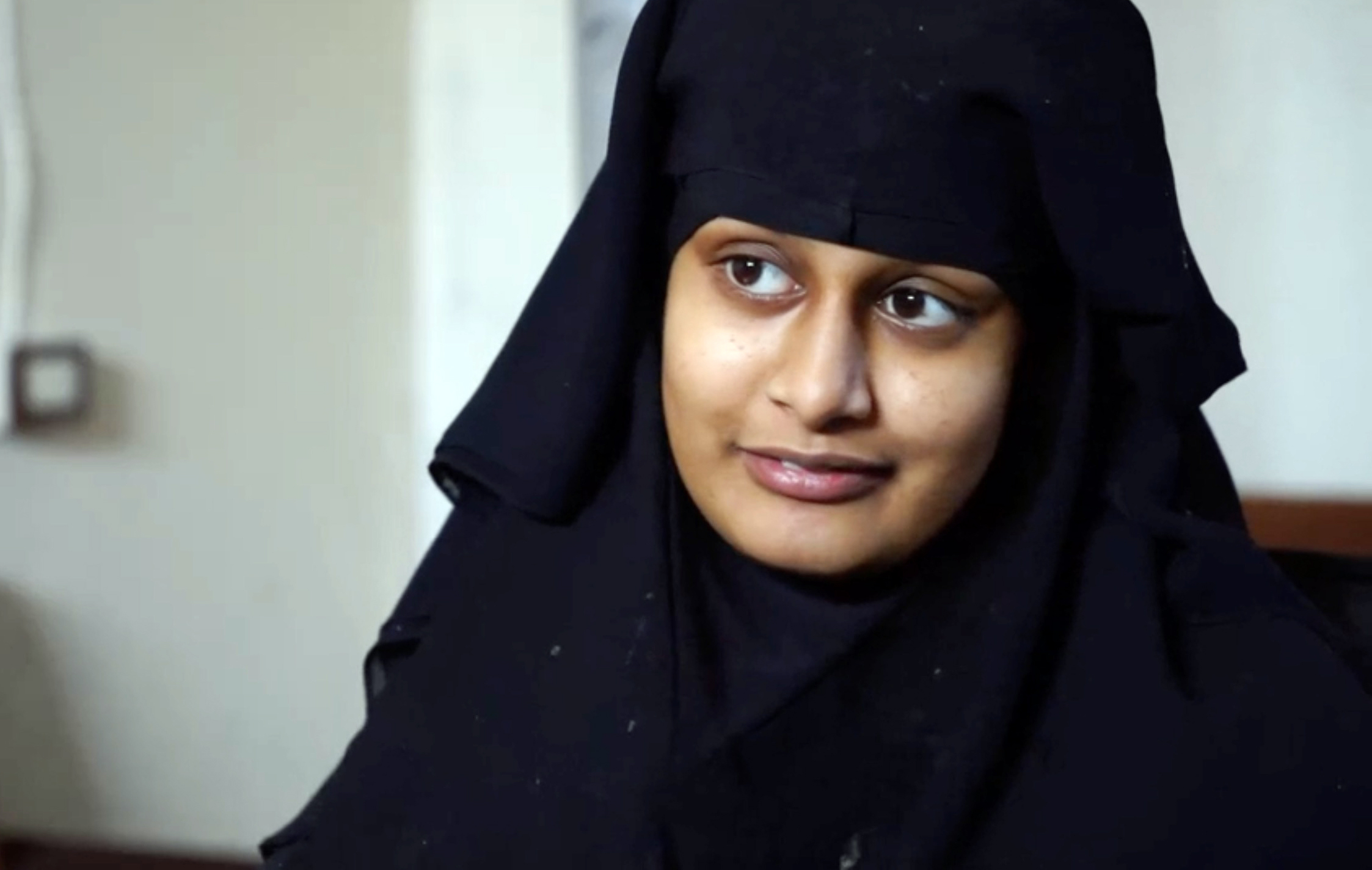 Is Shamima Begum back in the UK?

As of September 2019, Shamima Begum was still in the Al Hawl camp in Syria.

But former East London schoolgirl Begum has renewed calls to return to the UK, revealing she "hates" the terror group after all three of her babies died.

Sajid David revoked her British citizenship, making her "a citizen of Bangladesh by descent", against which she has appealed.

Speaking from a Syrian camp, the jihadi poster girl said she would rather be in a British jail so she could access education and psychiatric help.

“Mentally I am in a really bad way. I need therapy to deal with my grief. It is so hard. I have lost all my children,” she told the Daily Mail.

“I have no real friends. I have lost all the friends who came with me. Now I do not have anyone.

“I would like to be at home. There is more safety in a British prison, more education and access to family.”

“I hate these women and what they stand for and what they believe in and that they think they can terrorise anyone who does not share their views.”

But her plea has been rejected by the Home Secretary who said there's "no way" she'll be allowed back.

“We cannot have people who would do us harm allowed to enter our country – and that includes this woman," she said. 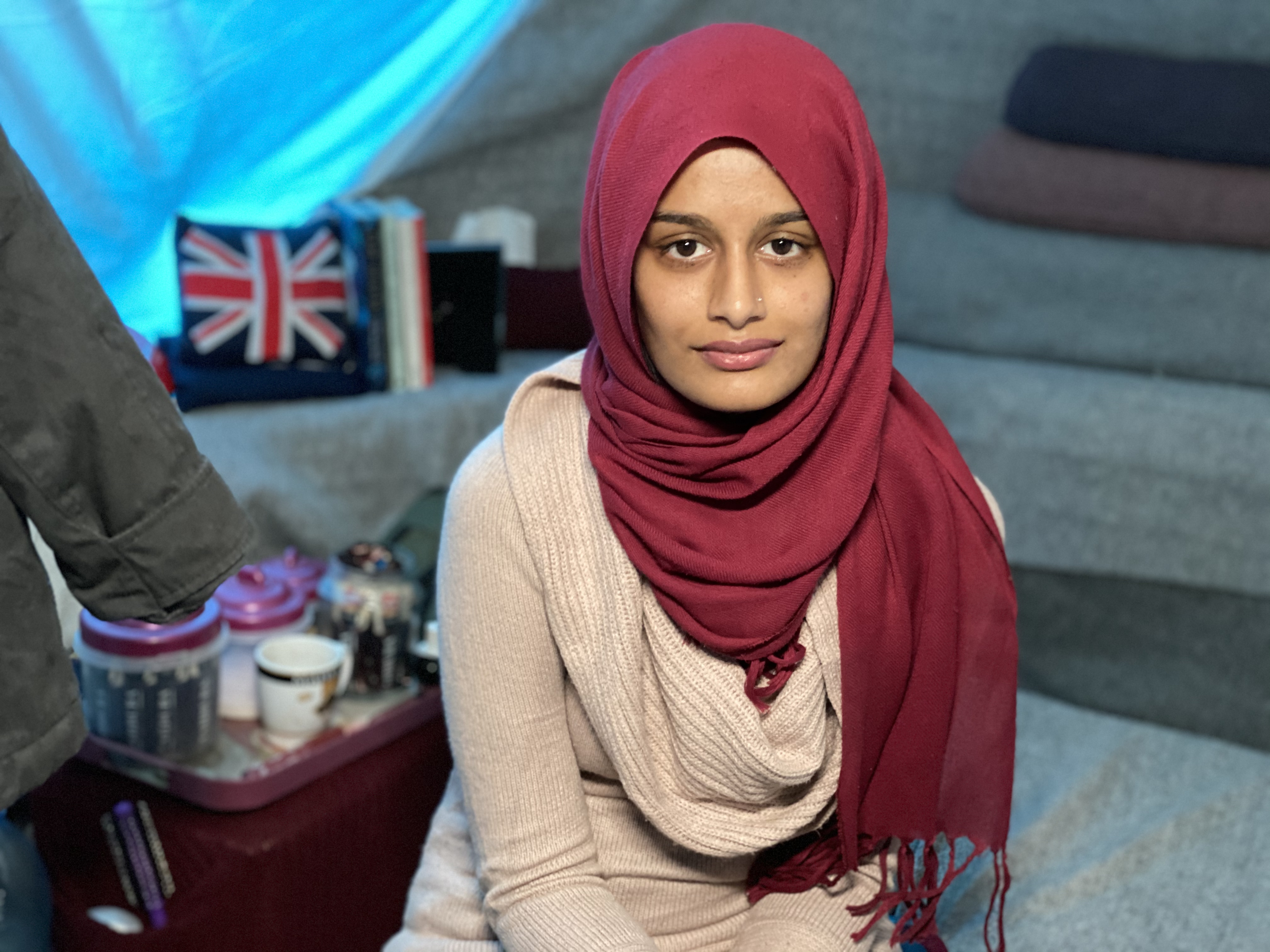 What did Shamima Begum do?

Begum and two pals – Kadiza Sultana and Amira Abase – ran away to Syria in February 2015.

The trio flew to Turkey and then crossed the border into Syria with the aid of smugglers.

Within weeks of arriving, Shamima was married to Isis jihadi Yago Riedijk, 27, from Holland.

They had two children who died from malnutrition and disease.

The couple were separated as they fled Baghouz, the village where a few hundred Isis fighters are holed up in a desperate last stand.

Shamima ended up in a Kurdish refugee camp where she has gave birth to her third child.

Eldest sister Renu revealed that her family had lost contact with her for the “longest time” until she was found by a Times journalist.

When was she found?

Begum was discovered by a Times journalist in a camp filled with refugees escaping the battle for the final Isis stronghold.

She said she walked away from the embattled village of Baghouz because she “could not endure any more”.

But she also said she did not regret joining Isis, boasting she had a "good time" under the terror regime and said seeing severed heads “didn’t faze me at all”.

Speaking in February 2019, she told Sky News British people should "have sympathy towards me".

She claimed: "When I went to Syria I was just a housewife for the entire four years. I never did anything dangerous."

She also said: "I didn't know what I was getting into when I left.

"I was hoping that maybe for the sake of me and my child they'd let me come back. Because I can't live in this camp for ever."

However she also told journalists she supports the rape and murder of Yazidi sex slaves, and the Manchester Arena bombing was "fair justification" for air raids in Syria. 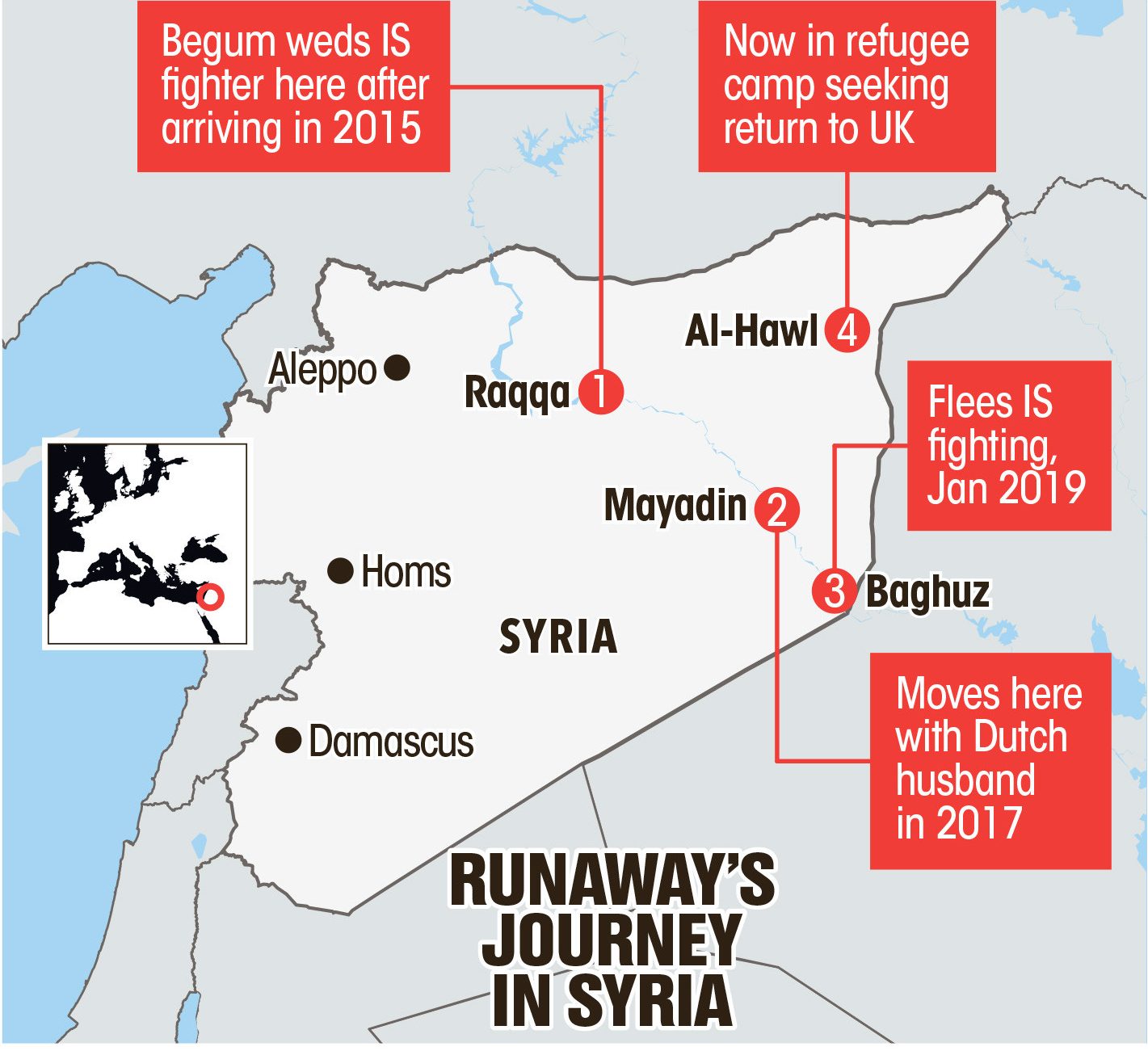 Will Shamima be allowed to return to the UK?

The then Home Secretary Sajid Javid took action and stripped Shamima of her British citizenship in February 2019.

However, Britain could be forced to take in Begum after Bangladesh said the country doesn't want her.

Officials said the teen was not a Bangladeshi citizen so there was “no question” of her being allowed in.

The Home Office had claimed she has dual British-Bangladesh nationality due to her parents being from Bangladesh. 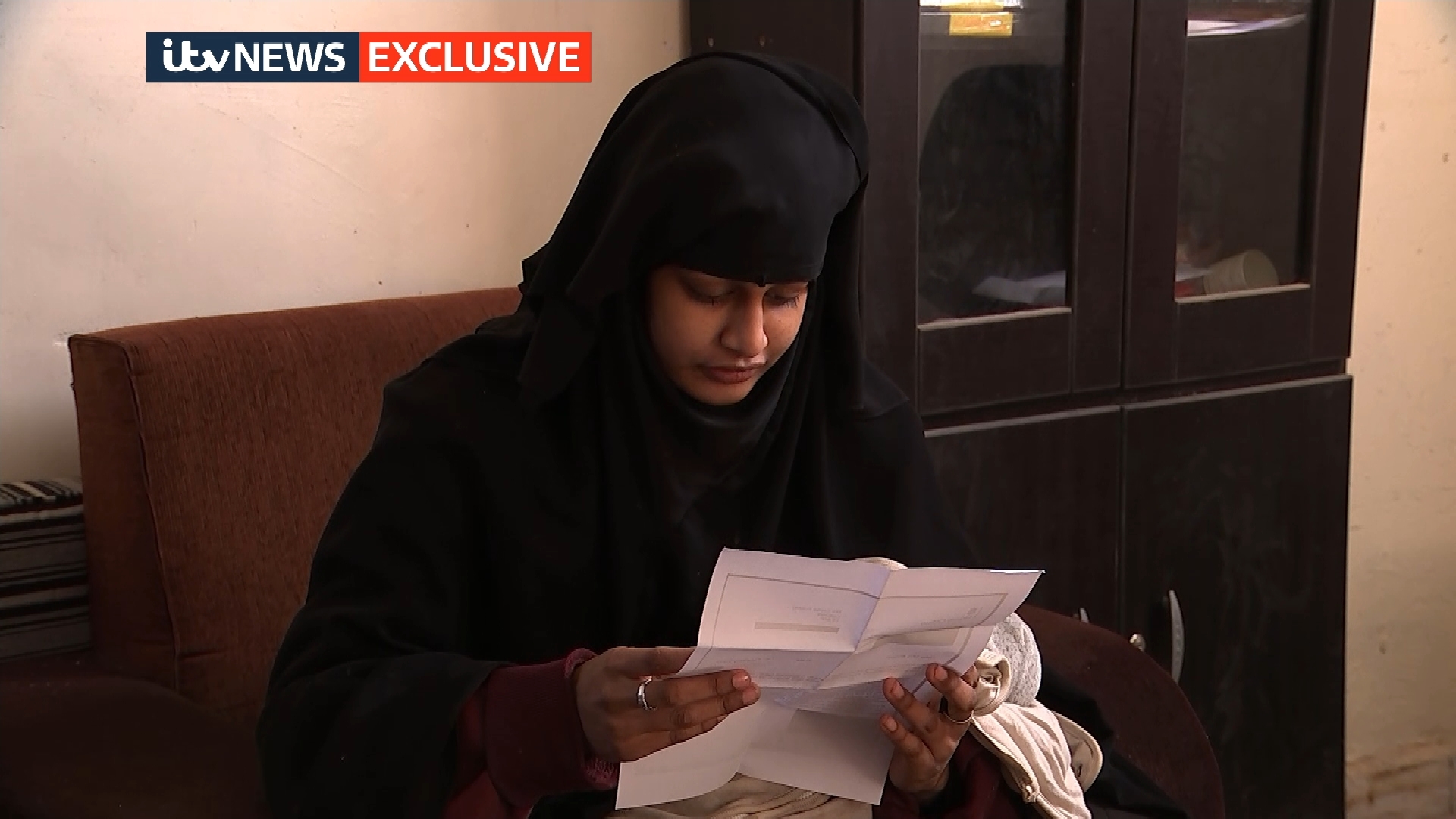 Rules say the Government cannot leave anyone "stateless" and Sajid Javid has since said he will not do this to her.

On March 20, 2019, her family formally started their legal challenge to reverse Sajid Javid's decision to strip the Isis bride of her UK citizenship.

The family argue the Home Secretary's decision was unfair because hundreds of other Brits who joined the terror group have been allowed to return.

Begum's mum, who is bringing the appeal forward, claims her daughter's life is now in danger and she is suffering poor treatment in a Syrian refugee camp.

Her case is now the subject of two appeals challenging the home secretary’s revocation of her citizenship, and the legal fight over her status is expected to last months or years.

She is also not allowed to enter the UK, a decision against which she has also appealed.

The Special Immigration Appeals Commission (SIAC) rejected both appeals by October 2019, but she has now taken it up with the Court of Appeal (CoA).

SIAC found that “conditions in the al-Roj camp would breach the appellant’s rights under Article 3” of the European Convention on Human Rights, which protects the right to freedom from inhuman or degrading treatment.

But it said the decision did not breach the Home Office’s policy on the extraterritorial application of human rights.

The hearing began at 10.30am on Thursday and it is expected that the Court of Appeal will reserve its judgment to a later date. 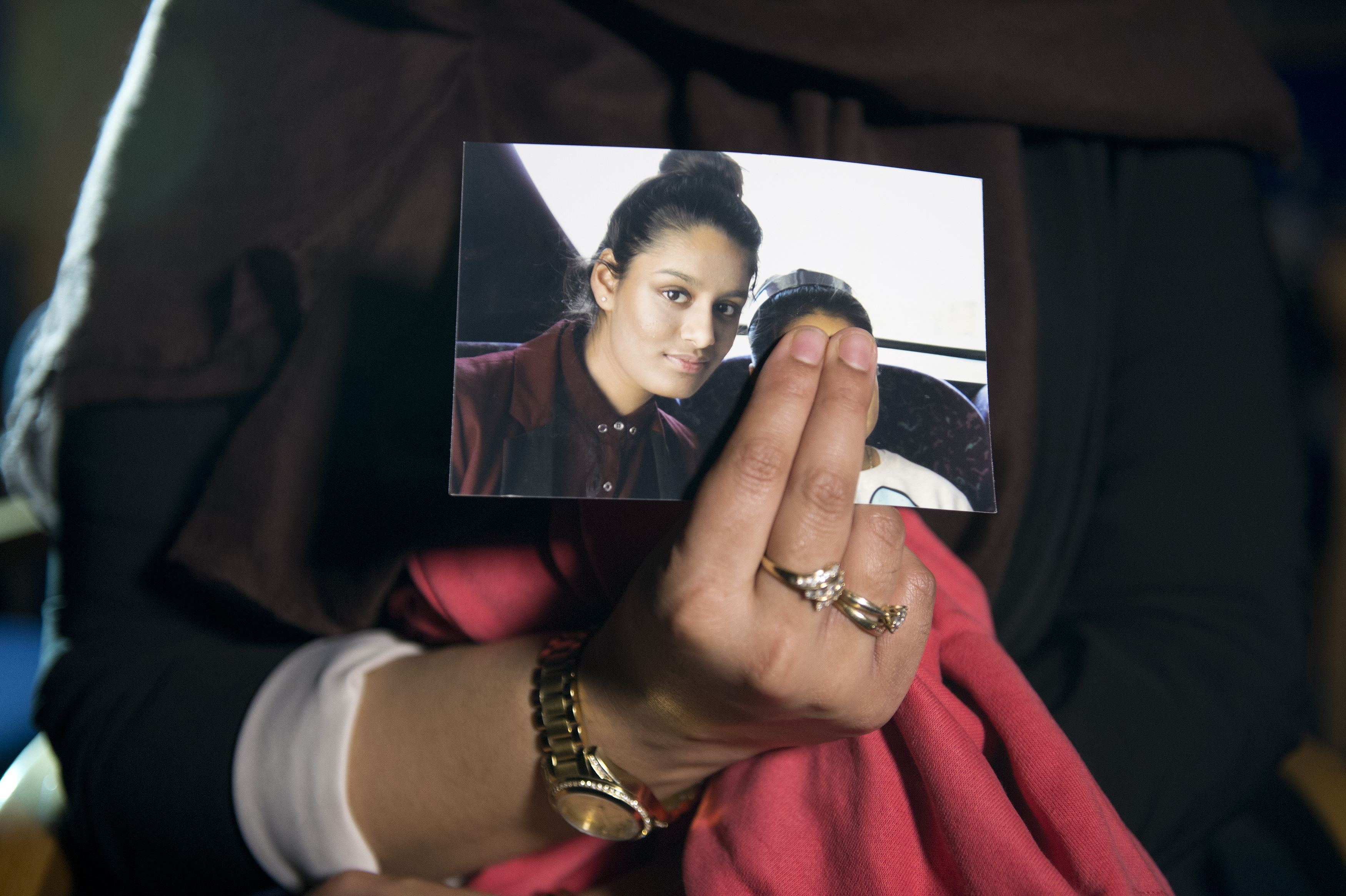 What will happen if she returns to the UK?

On February 15, 2019, Begum's family begged the Government to let her return back to the UK.

Anyone who returns to the UK after travelling to Isis territory faces a criminal investigation and up to ten years in jail.

Mr Javid admitted returning jihadists can't always be prosecuted over what they've done in the Middle East as it's so hard to gather evidence.

He said: "There must be consequences for those that back terror."

Begum insisted on Sunday, February 18, she was ready to “rehabilitate” if allowed to return.

She said: “I just want forgiveness really, from the UK. Everything I’ve been through, I didn’t expect I would go through that.”

Her lawyer Tasnime Akunjee whined she was being treated worse than Nazis.

He told The Times: "The Nazis had the Nuremberg trials. They were given due process.

"This girl was a victim when she went out there at 15 years old."

How did Shamima Begum's baby die?

A paramedic at the scene told the BBC the tot was having breathing difficulties and was taken to hospital along with Begum.

But the baby couldn't be saved and passed away after suffering from a lung infection.

One of the camp's  guards told Times reporter Anthony Loyd “she never shed a tear” as Jarrah was buried without ceremony.

Her first son died in November 2018 aged eight months and her one-year-old daughter died in January.

Both died of malnutrition and disease.