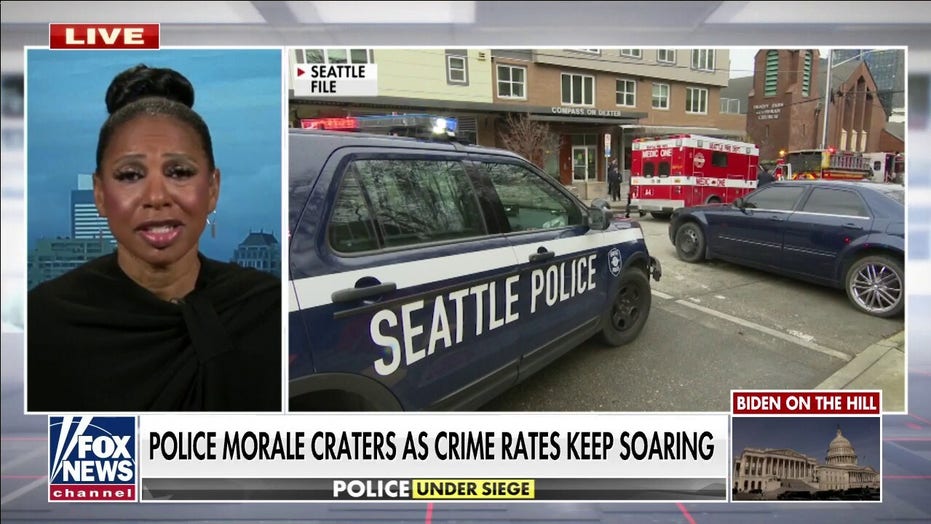 Washington State Patrol has reassigned its staff psychologist of nearly three decades, hiring an outside contractor to conduct evaluations for new troopers amid pressure from Democratic Gov. Jay Inslee to diversify the hiring process despite law enforcement staffing shortages across the state.

Daniel Clark, who has been the staff psychologist for the Washington State Patrol for 27 years, was removed from the role of screening new recruits after finishing up his prescheduled exams last week, the Seattle Times reported. He still remains on the staff payroll but will fulfill other duties.

This comes two months after the Seattle Times and public radio Northwest News Network published its review of internal Washington State Patrol data since 2017 that showed psychological screenings rejected 20% of White candidates over the past four years ending in January. That compares to rejecting 33% of Black candidates, 35% of Hispanic candidates and 41% of Asian candidates.

“I treat everybody as an individual and make my recommendations based on an individual assessment,” Clark previously told the Times, explaining that he administers national written tests during his evaluations of recruits. “Psychologically, I don’t believe that there is bias.”

After findings of the investigation were published, several state lawmakers, including members of the House and Senate transportation committees, which oversee the Washington State Patrol, as well as the legislature’s Members of Color Caucuses, requested a video call with the governor.

“It’s been the work we’ve been doing for a number of years, but this finally just put it out on the table for everybody to see,” state Democratic Rep. Bill Ramos said. “We basically went in and said, ‘Here, look, have you read this article? Are you aware of what’s happening?’” 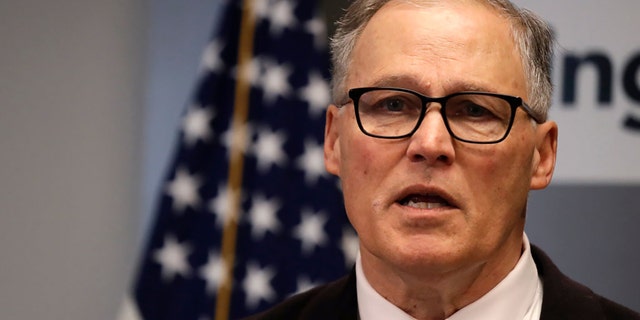 When contacted by Fox News Digital on Monday, Tara Lee, spokeswoman for the governor, confirmed Inslee met with state lawmakers regarding the psychological evaluations and “has urged the State Patrol to do a more comprehensive job in hiring and recruiting.” She declined to get into specifics.

Chief John Batiste, who is Black, later made the decision to replace Clark. As governor, Inslee has the power to appoint and fire the chief of the state patrol.

Batiste has previously resisted pressure to remove Clark and argued that Washington State Patrol hired its first diversity, equity and inclusion officer; the latest recruit class represented a “record high” in diversity; and the agency was stepping up recruitment in communities of color, according to the newspaper. Washington State Patrol will also hire an outside auditor to conduct an estimated three- to six-month evaluation of the agency’s psychological screening process for recruits.

Washington was pegged to have the most sweeping police reform in the nation that took effect in July, over a year after demonstrations in reaction to the death of George Floyd in Minneapolis swept the country. Nearly a dozen bills, passed by a legislature controlled by Democrats, cover virtually all aspects of policing, including the background checks officers undergo before they’re hired; when they are authorized to use force and how they collect data about it; and the establishment of an entirely new state agency to review police use of deadly force.

Meanwhile, law enforcement departments across the state are struggling with staffing shortages, KING-TV reported. To combat the issue in Seattle, Democratic Mayor Jenny Durkan, who is not seeking a second term, issued an executive order in late October creating an immediate incentive program for the hiring of 911 dispatchers and police officers, citing a “civil emergency” as staffing shortages have worsened with the onset of the vaccine mandate.

The order allows the Seattle Police Department to offer police officer candidates a hiring incentive of up to $25,000, depending on experience and training level, to be paid after beginning employment. New recruits may be given up to a $10,000 incentive, half of which will be paid in the first appropriate paycheck and the second half to come upon the completion of a probation period.