The Victorian Parliament has passed legislation to decriminalise public drunkenness after years of advocacy by the family of Yorta Yorta woman Tanya Day, who suffered a fatal fall while in custody.

Ms Day’s family welcomed the passing of the legislation and said it was also a “long overdue day” for Aboriginal people in Victoria. 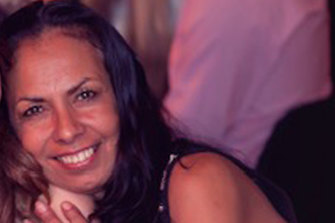 The 55-year-old had fallen asleep on a train from Bendigo when police arrested her for public drunkenness and took her to Castlemaine police station. She fell and hit her head while in a police cell and was taken to hospital where she died 17 days later.

After a coronial inquest into Ms Day’s death, the government committed to removing the offence of public drunkenness, which was also a key recommendation of the Royal Commission into Aboriginal Deaths in Custody three decades ago.

The upper house passed the law on Friday afternoon. The Liberal opposition, who supported the bill on principle but had reservations about some aspects, allowed the bill to pass “on the voices” meaning a formal vote was not required.

The opposition supported the principle of the law but believed the legislation did not put forward an appropriate health response to guide how police would deal with people who are drunk in public. 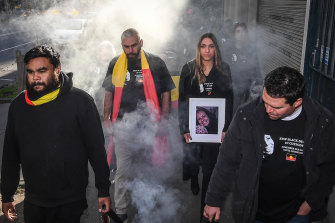 Tanya Day’s family and supporters take part in a smoking ceremony ahead of the 2019 inquest into her death.Credit:Justin McManus

In an emotional speech during debate on the bill, Indigenous Labor MP Sheena Watt said the bill was a landmark moment for Victoria’s Indigenous community.

“To [Tanya Day’s family] … thank you for speaking up, thank you for pushing beyond the grief to see a brighter future for our community,” she said.

The laws will come into place at the end of next year and will see public drunkenness treated as a public health issue, not a criminal one.

In a statement released by their lawyers, Ms Day’s family said the Victorian Parliament has “finally done the right thing” but added that “this is also a day tinged with much heartache and sadness for our family and community”.

”We acknowledge those who came before us, those that helped to pave the way for the abolishment of this law. And those that have offered their unwavering support and ongoing advocacy to demand change, together we have made positive change,” the statement said.

“It has been a long road for us to get to this point and it is devastating to know that if these racist laws were abolished 30 years ago, our mum and others would still be with us today. Our lives will never be the same, but we move forward together to continue to seek justice for our mother.“

The family said that police should not play any role in the public health response.

“Whenever police have discretionary powers it opens the way for discriminatory policing, too often experienced by Aboriginal people like our mum. Members of Victoria Police must also immediately act in the spirit of the laws so that no other Aboriginal person dies in custody during the implementation period,” they said. 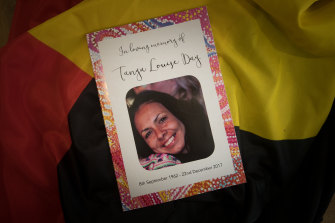 “There must be a full transition away from the current criminal law approach to a genuine and best-practice public health one.“

The passing of the legislation was also hailed as an “important step towards justice” by the Victorian Aboriginal Legal Service on Friday.

“The strength of Tanya Day’s family gives me hope. There is still a long way to go until there is real justice for Tanya Day, but we have come this far because of them,” said the service’s chief executive Nerita Waight.

“The Victorian government deserves credit for finally decriminalising public drunkenness, but there is still a lot of work to do and they must not rest on their laurels. Aboriginal people will continue to die in custody if these reforms are not properly implemented.”

An expert panel, including police and Aboriginal health and legal workers, released a report last year recommending the abolition of public drunkenness as an offence. They also called for culturally appropriate social services, prevention strategies, improved first response and moving intoxicated people to a safe place.

The Police Association opposed the push to decriminalise public drunkenness, with the association’s secretary Wayne Gatt saying in November that introducing legislation before the government had accepted the recommendations or trialled models was “little more than dangerous virtue signalling”.

Ms Day’s family is suing the Victorian government for false imprisonment and wrongfully causing her death.

Victoria Police confirmed last year that there had been no serious sanctions against the two police officers referred by Deputy State Coroner Caitlin English for potential criminal charges over Ms Day’s death.

Director of Public Prosecutions Kerri Judd, QC, said in August her office would not pursue criminal charges against any of the police involved with the incident.

Our Morning Edition newsletter is a curated guide to the most important and interesting stories, analysis and insights. Sign up here.