In a tweet responding to satellite images of one of Kim Jong-un's key nuclear labs, Don Jr. wrote: "Because like the Russians and the Chinese, North Korea sees our leadership as the weakest in our nations history, and they will all capitalize on that."

Images showed steam and smoke rising from a building at the lab, and at a thermal plant next door.

Captured by Maxar Technologies and the Center for Strategic and International Studies (CSIS), the images were first posted to the think tank's website, Beyond Parallel.

"This, while not an indicator of a reprocessing campaign itself, indicates that the building is occupied and being heated," CSIS said.

Earlier satellite images had shown other signs of activity at the thermal power plant in recent weeks. 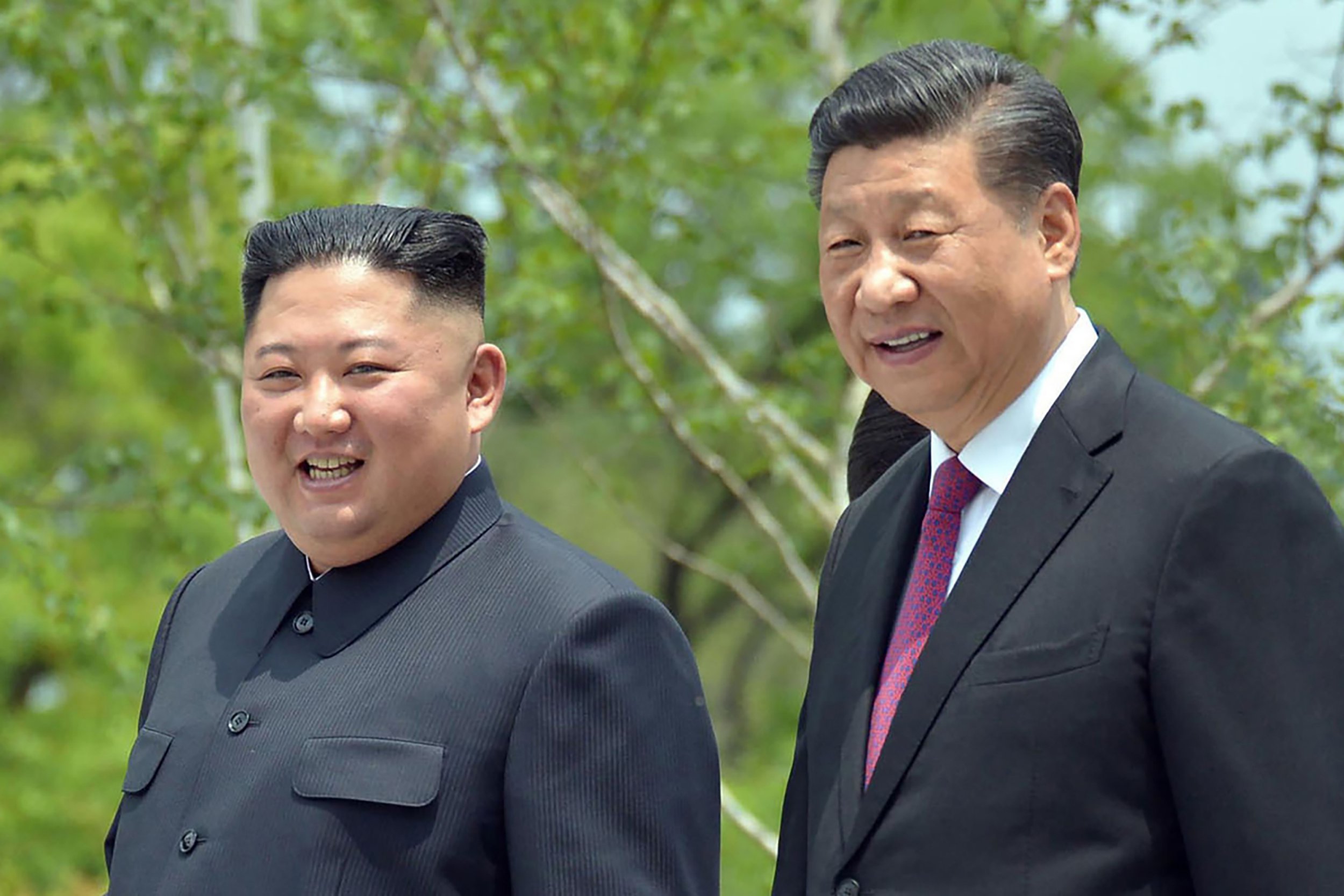 Rafael Mariano Grossi, the head of the International Atomic Energy Agency, said the activity at Yongbyon was a clear violation of US sanctions.

The most recent documented activity shows that North Korea has launched, or is gearing up to launch, a new effort for nuclear processing, officials say.

"It is a series of escalations. I think it's pretty calculated. They're ratcheting up pressure as they had done to President Trump and to President Obama," Cha said.

"[This is] nothing new with regard to North Korea, but this is happening fairly early on in the administration," he said.

North Korea has made a number of provocative moves and statements over the last few weeks.

While the US was conducting joint military training exercises with South Korea, Kim Jong-un's powerful sister, Kim Yo-jong, warned Washington to “refrain from causing a stink” if it wants to “sleep in peace” for the next four years.

At the time, the Biden administration called the launch as being "on the low end of the spectrum" of provocation and was from the nation's "familiar menu of provocations."

Biden also shrugged off the show of force, calling it "business as usual" and said, "There's no new wrinkle on what they did."

Then last week, North Korea acted out again, this time firing two short-range ballistic missiles into the Sea of Japan in violation on UN Sanctions banning the nation from conducting such tests.

During his first solo press conference since being sworn in as commander in chief, last week Biden said he would consult with US allies and respond if Kim Jong-un escalates matters further.