LVIV, Ukraine (Reuters) – Ukraine began evacuating civilians from besieged cities on Tuesday after Russia allowed the creation of "humanitarian corridors," and Kyiv appealed to Moscow to keep its guns silent so that people could leave safely.

Residents began leaving the northeastern city of Sumy and the town of Irpin near the capital Kyiv, but it was unclear if Ukraine would agree to use other humanitarian corridors if they took Ukrainians to Russia or Belarus.

"We have already started the evacuation of civilians from Sumy to Poltava (in central Ukraine), including foreign students," Ukraine's foreign ministry said in a tweet.

"We call on Russia to uphold its ceasefire commitment, to refrain from activities that endanger the lives of people and to allow the delivery of humanitarian aid."

Dmytro Zhyvytsky, the governor of the Sumy region, said in a video statement that a second column of civilians would leave Sumy at around 0600 EST.

Oleksiy Kuleba, governor of the Kyiv region, said more than 150 people had been evacuated from Irpin by 0230 EST.

Deputy Prime Minister Iryna Vereshchuk said 30 buses were also en route to collect evacuees from the port city of Mariupol. There were signs Russian forces were firing in the direction of a route for humanitarian aid, she added, without providing further details.

Civilians have been trapped by fighting since Russian troops invaded Ukraine on Feb. 24, and officials say food, water and other supplies have been running low in some cities. 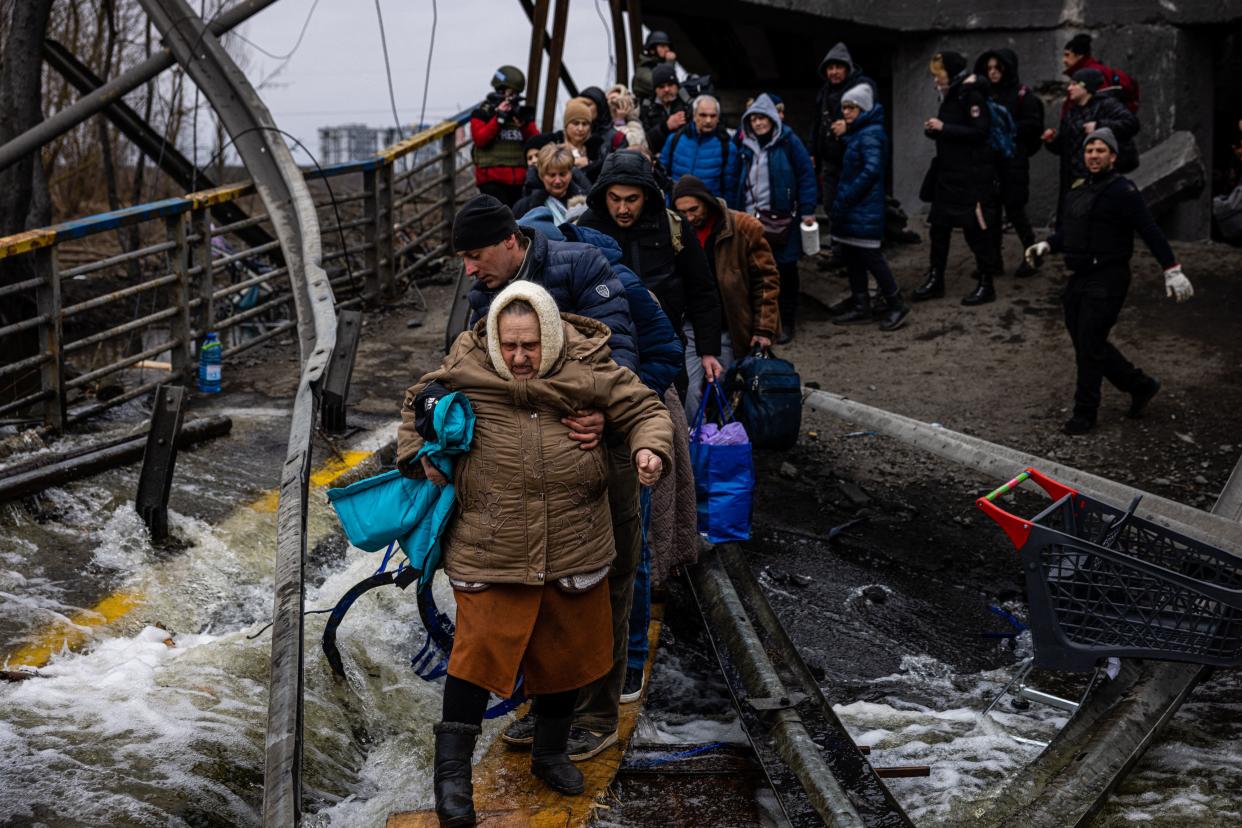 Some areas have suffered heavy bombardments. Authorities in the Sumy region said 21 civilians, including two children, had been killed in a Russian air strike on a residential street in Sumy late on Monday. President Volodymyr Zelenskiy said a child had died of dehydration in Mariupol.

The child's death could not immediately be confirmed independently. Moscow calls its actions in Ukraine a "special military operation" to disarm its neighbour and arrest leaders it calls "neo-Nazis". It denies targeting civilians.

Russia's defence ministry said corridors had been opened to evacuate people from Kyiv, Chernihiv, Sumy, Kharkiv and Mariupol, and that Russian forces in Ukraine had introduced a "silent regime" from 0700 GMT, Interfax news agency reported.

But on Monday Ukraine rejected Russian proposals to evacuate Ukrainians to Russia or Belarus, a Russian ally.

Zhyvytsky said on Tuesday it had been impossible to agree on the establishment of other humanitarian corridors but gave no details.

Humanitarian corridors from Mariupol failed on Saturday and Sunday, with each side accusing the other of continuing to fire.

Some 2 million refugees have already fled Ukraine to other countries, Filippo Grandi, the head of the United Nations refugee agency, said.