BRITS will see a scorcher over the second bank holiday of the month with temperatures set to hit 26 degrees.

The high temperatures will begin from next week and stay with us for the rest of May according to weather charts – perfectly timed for the new relaxed outdoor lockdown rules. 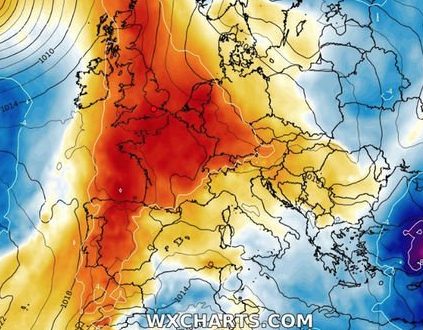 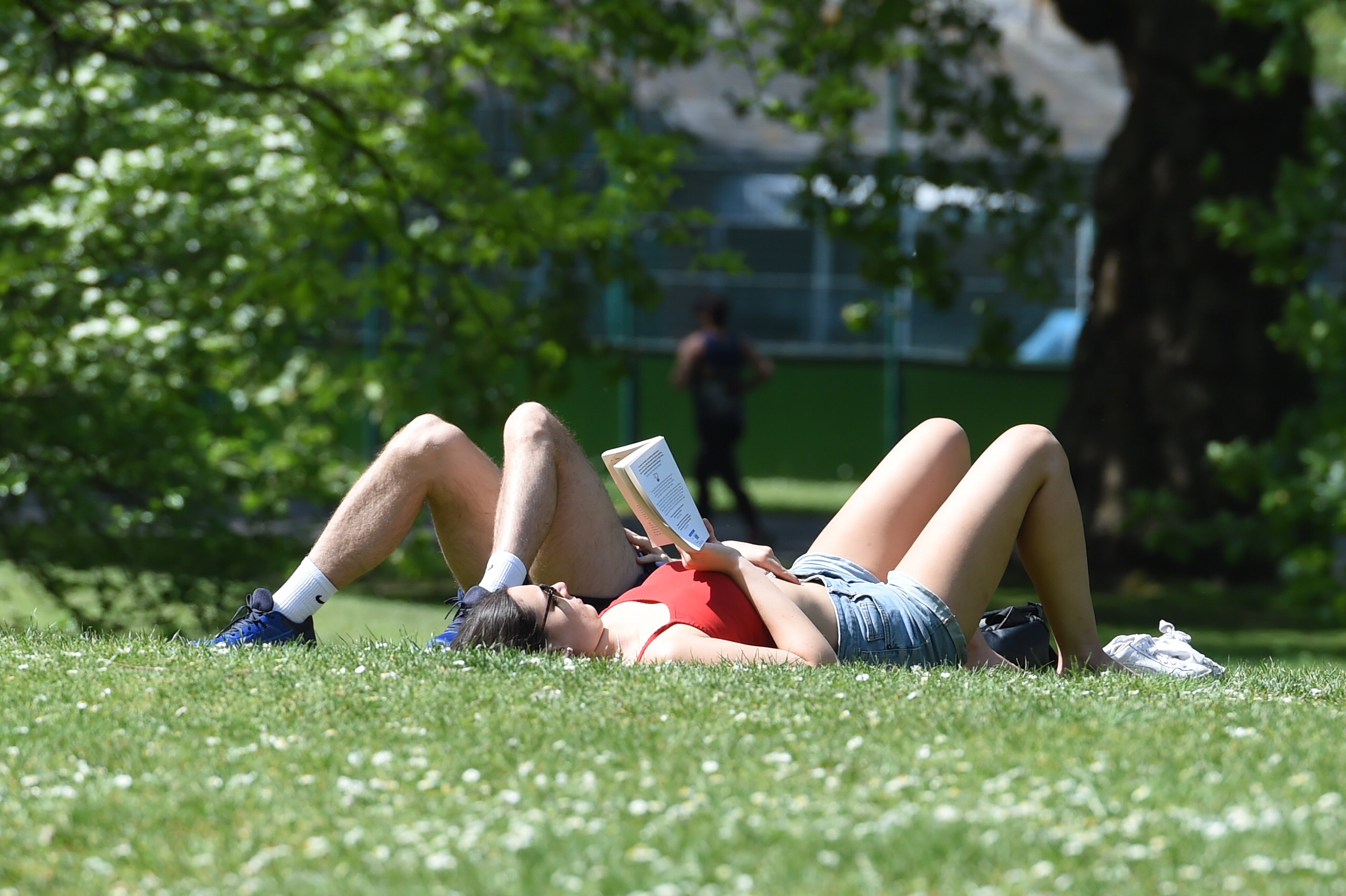 From Wednesday the south will be treated to dry days filled with sunshine, whereas the north will see scattered showers, potentially affecting some eastern districts, according to the Met Office.

The weather will remain this way for Thursday and Friday, with Saturday bringing dry and fine conditions.

Saturday will see an average temperature of 18C and Sunday will be even warmer at 21C.

These warm and sunny days will stay for most of May – as the country gears up to enjoy unlimited outdoor time.

According to the latest weather charts, temperatures will then soar past 25C during the second bank holiday weekend in May.

Latest images by WXCharts reveal an area of high pressure moving in from Europe across the UK by Friday May 22. 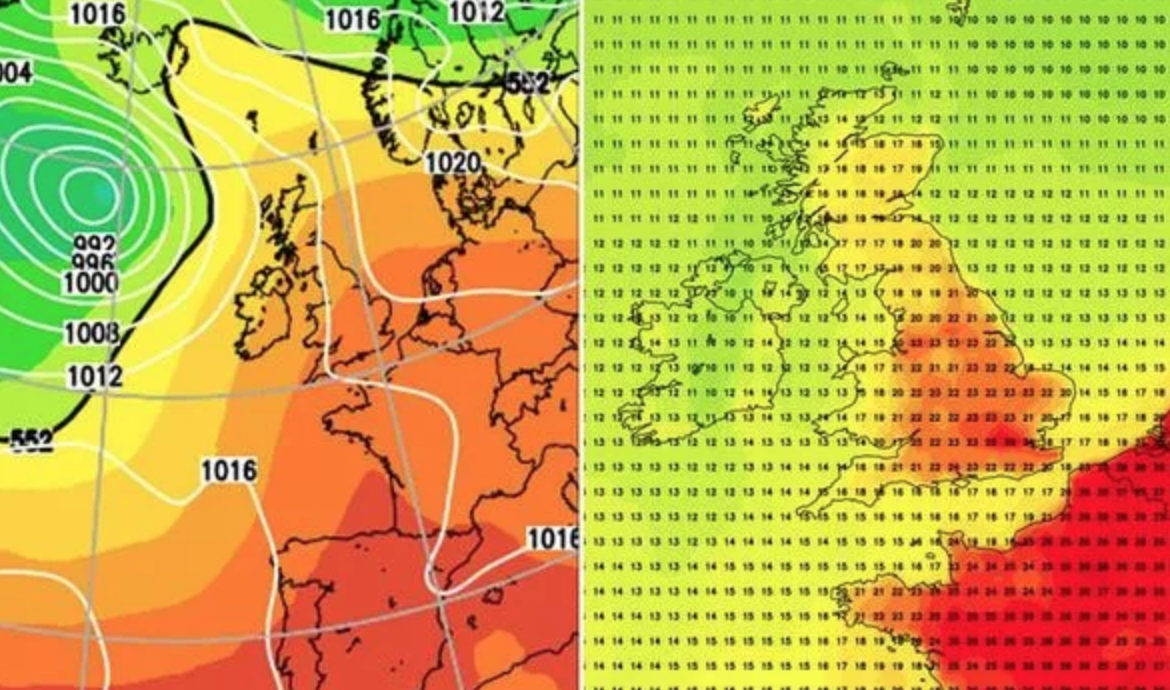 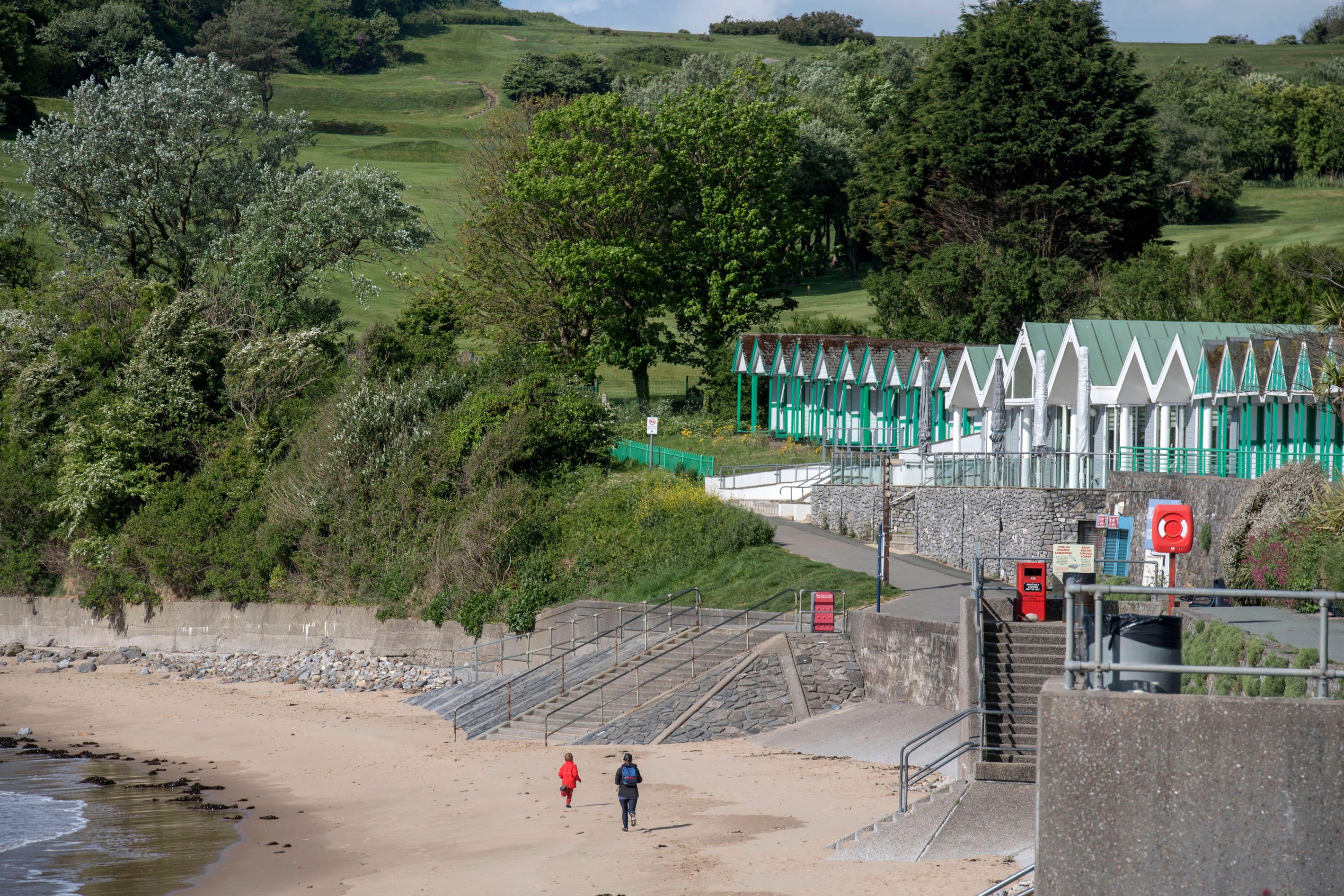 Highs of 24.7C recorded in London during the VE Day bank holiday weekend, but the rest of this month is set to top that temperature.

This comes as the government announced that people will be allowed to sunbathe, sit on benches and exercise as much as they want in England — as long as they continue to stay two metres apart from people outside of their household.

From Wednesday people will be allowed to meet up with a friend or family member in the park for the first time in seven weeks — but again they must stay two metres apart.

Reading in the park will also be allowed, with inner city households given the ability to enjoy outdoor space for more than hour a day for the first time in weeks.

The guidance will see an end to council patrols rebuking people for catching rays or sitting on benches.

Some had even taped-up seats.

In Wales the Government has said people can exercise more than once a day but not that sunbathe, sit on park benches and exercise as much as they want. 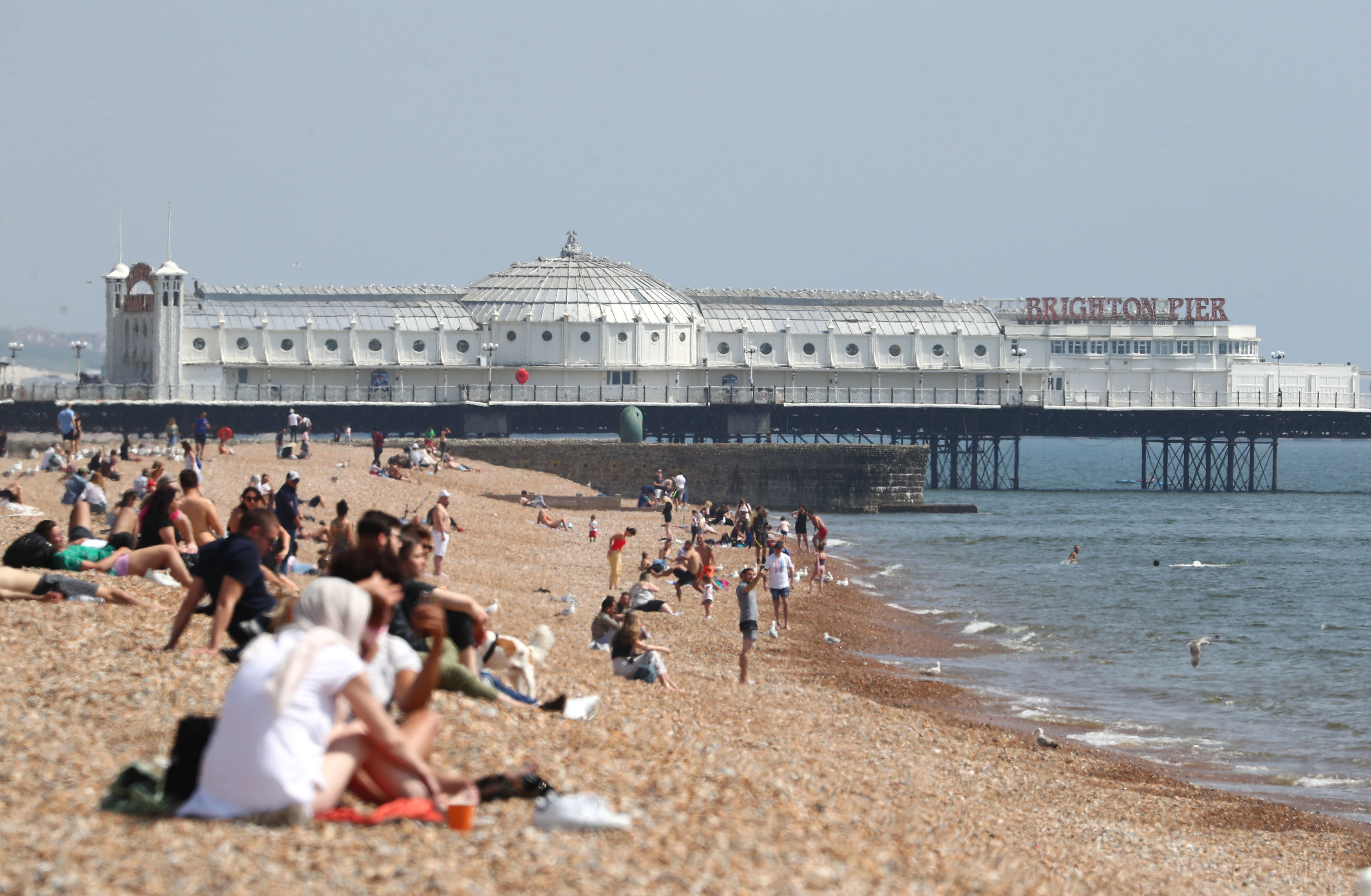 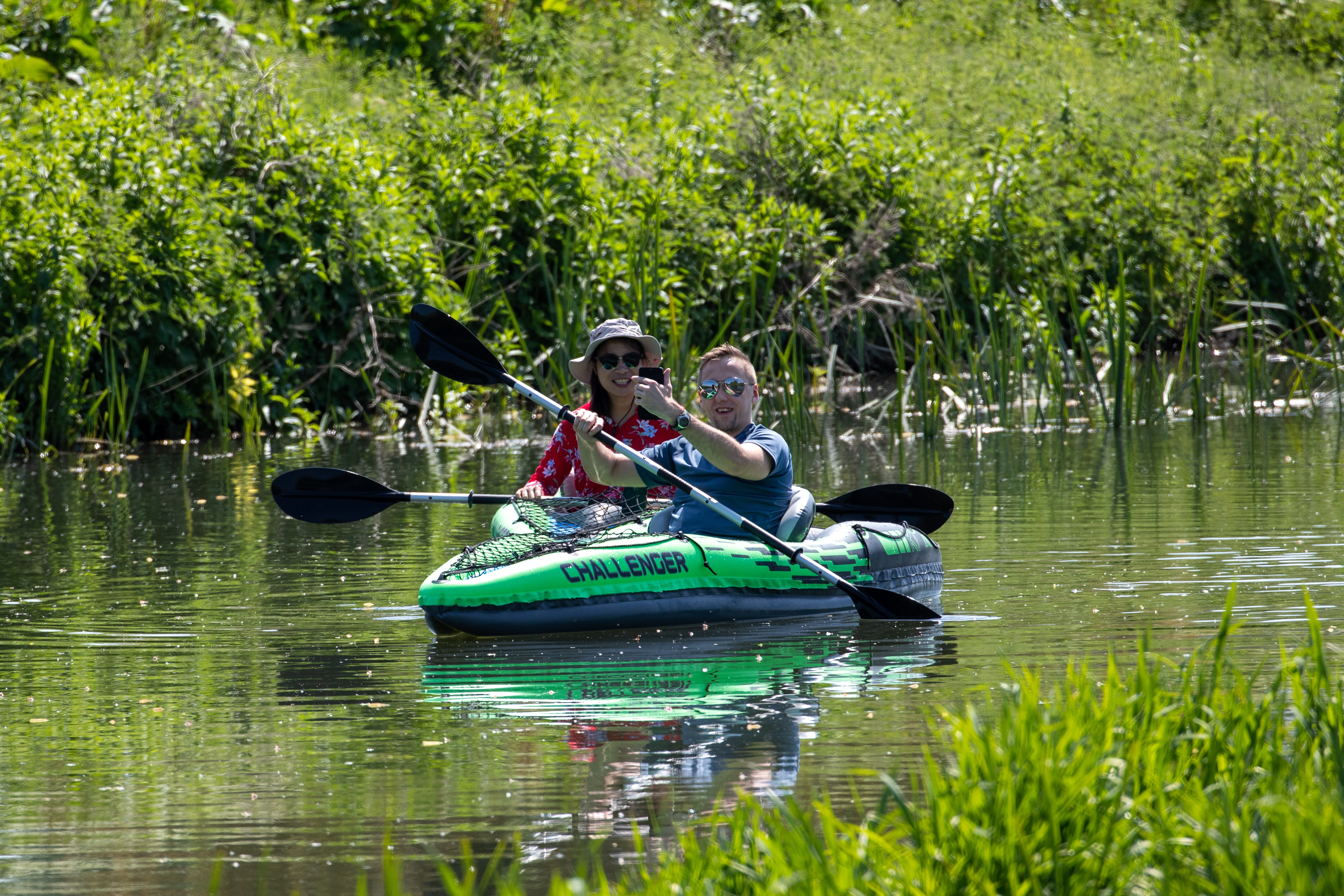 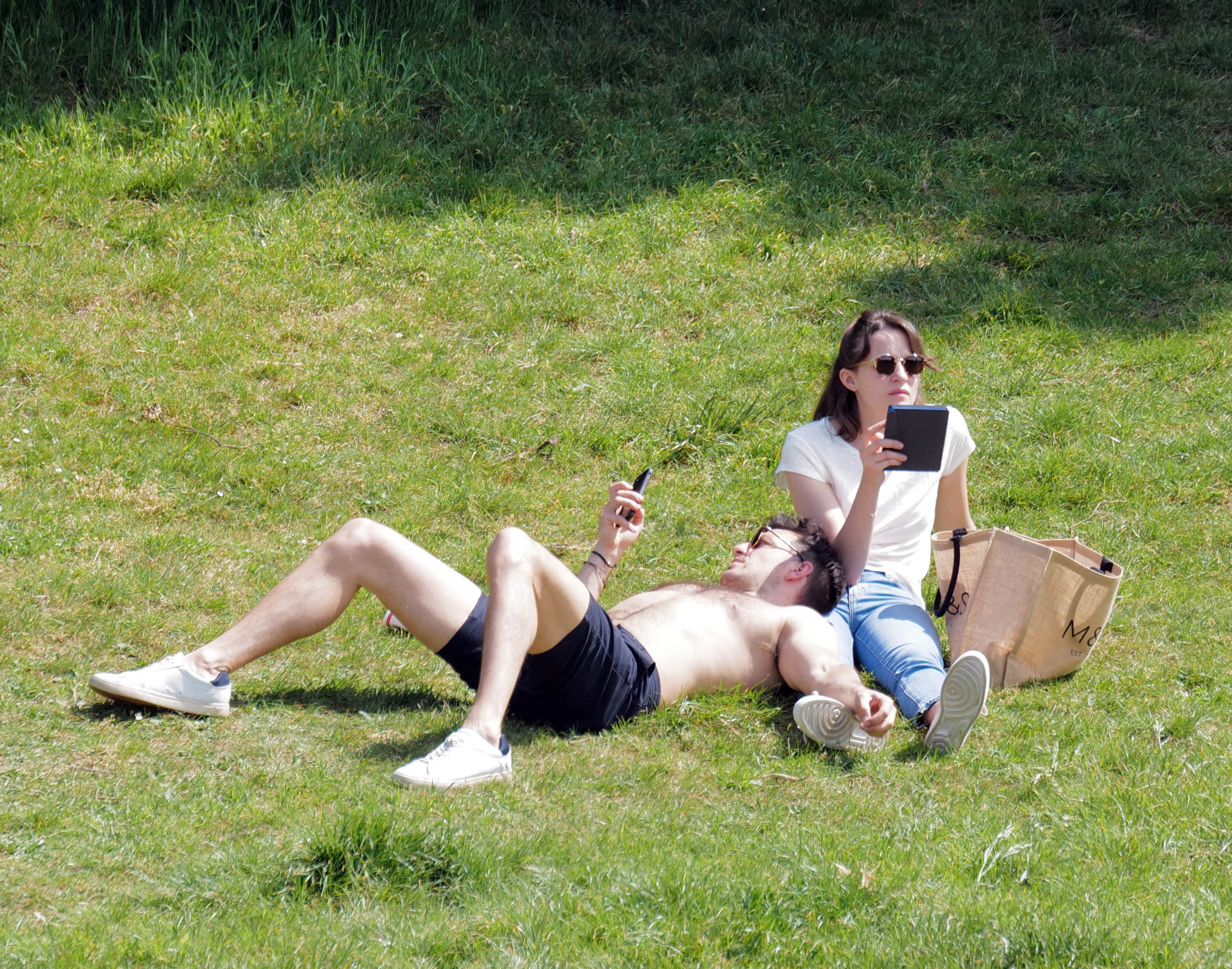