In what could be a hopeful sign for fans, UFC fighters dispensed with social distancing guidelines by hugging and shaking hands at Friday’s weigh-in ahead of Saturday’s fight card – the first major North American sporting event since the coronavirus outbreak.

Several of the fighters did wear masks, but the event was a noticeable departure from what many Americans have witnessed over the last two months amid the pandemic. 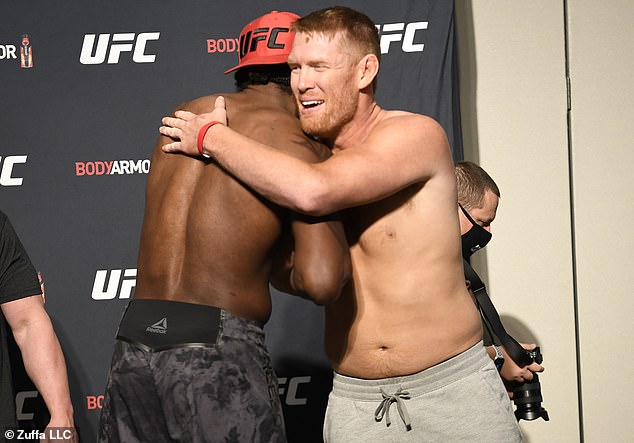 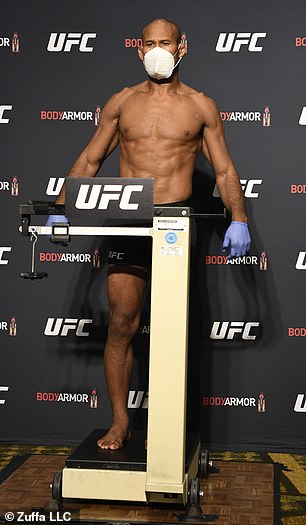 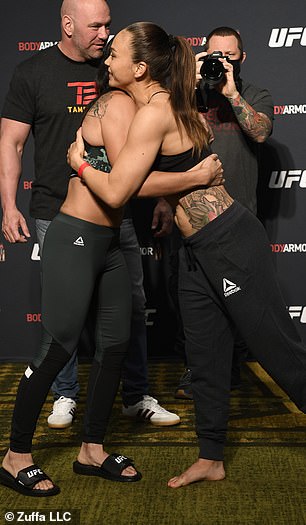 (Left) Ronaldo ‘Jacare’ Souza poses on the scale during the UFC 249 official weigh-in on Friday. (Right) Opponents Carla Esparza and Michelle Waterson share a hug during the weigh-in 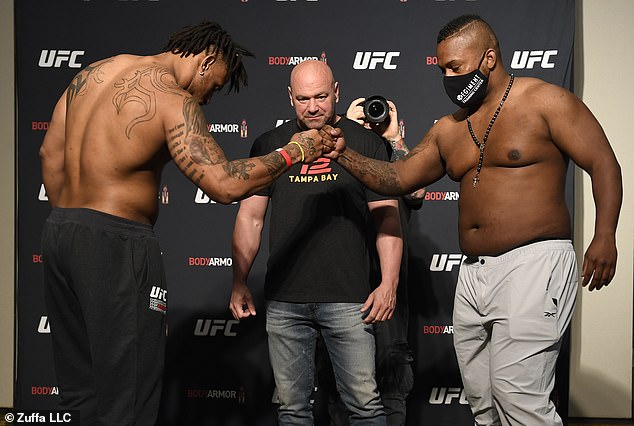 The UFC 249 card on Saturday night features a deep lineup with something for even the hardest-to-please fight fan. However, the pay-per-view event at VyStar Veterans Memorial Arena is about so much more.

UFC 249 marks the first major live sporting event to be held in North America since the COVID-19 pandemic not only shut down the entire sports landscape, but also led to most of the country going under stay-at-home orders to combat the novel disease, for which there is currently no vaccine.

The route the UFC has taken to get to UFC 249, which will be headlined by Ferguson (25-3) of Ventura, California, vs. Phoenix’s Justin Gaethje (21-2) for the interim lightweight title, has been full of twists and turns.

The event originally was scheduled for Barclays Center in New York on April 18, and was set to feature a highly anticipated bout between Ferguson and undefeated lightweight champion Khabib Nurmagomedov.

However, New York has been one of the virus’ epicenters, and the state shut down large gatherings in late March. UFC president Dana White tried to shift the event to a studio on the company’s Las Vegas campus, but the Nevada Athletic Commission put a temporary halt to combat sports in the state.

At that point, the UFC could have waited until a suitable venue reopened for business, especially after Nurmagomedov had to withdraw from the bout due to travel restrictions in his native Russia, which led to Gaethje’s insertion into the main event. 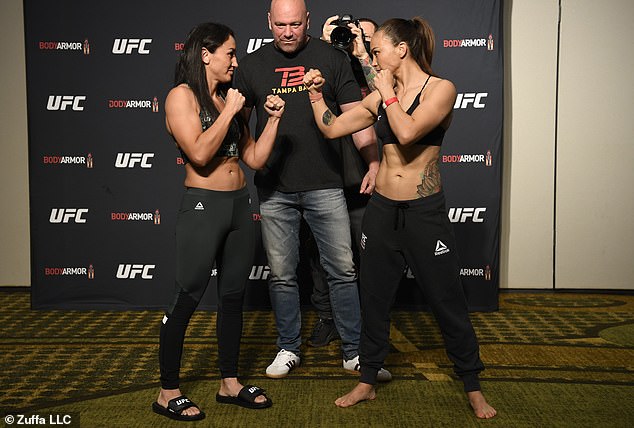 Instead — with parent company Endeavor under heavy financial stress due to debt burdens — White made a questionable attempt at avoiding regulators by scheduling the show at Tachi Palace Casino Resort on Native American land in Lemoore, Calif. California Gov. Gavin Newsom leaned on Disney CEO Bob Iger, whose company broadcasts the UFC on ESPN and ESPN+, to shut down the card.

Things changed, however, when Florida Gov. Ron DeSantis declared sports and entertainment companies essential businesses, which gave the UFC, whose last event was on March 14 in Brazil, a green light to run the show. UFC 249 will mark the first of three UFC cards in Jacksonville, with the next two coming on Wednesday and May 16. 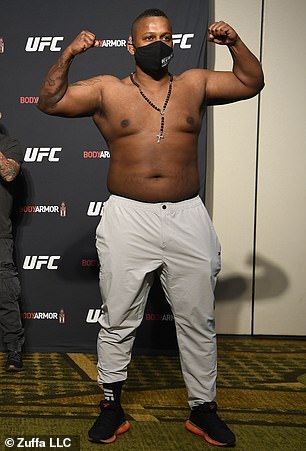 Crucially, the governor’s stamp of approval means the event will be overseen by the Florida State Boxing Commission, which is implementing upgraded levels of testing and strict control over access to the arena.

No fans will be allowed at the venue. Everyone involved, including fighters, cornermen, camera crew, announcers and media, was tested for COVID-19 upon arrival and will be tested again during fight week and after the show. Anyone testing positive for either the virus or antibodies will be sent home.

Gone are traditional pomp such as pre-fight stare-downs and post-fight, in-cage interviews. Fighters, who usually arrive three hours before their scheduled fight time, will be shuttled from the hotel 90 minutes ahead of time.

Still, there’s plenty we don’t know. There’s a chance UFC 249 could go down in history as a landmark event that helped turn the tide on the sports shutdown. It could also go really wrong.

To the latter point, there’s this: No matter how many precautions are taken, there’s no way to safely socially distance a fight. COVID symptoms don’t show for up to 14 days, and asymptomatic transmission is believed to be a key factor in the viral spread. What if a referee touches a door handle, doesn’t have symptoms, and spreads it to the fighters, who spread it to their corners, their family, and so on?

Or maybe that fear is overblown, and nothing comes out of UFC 249 except a roadmap for other sports on how to move forward in an uncertain time.

It will be awhile before any of that is known. But what the participants know, in the short-term, is that they’re coming to deliver fans a needed respite from what’s been an onslaught of negativity.