President Donald Trump has said Americans could get a second stimulus check amid the coronavirus pandemic and that the soon-to-announced package will be ‘very generous’.

Taxpayers were given a one-time sum of $1,200 as part of the $2trillion stimulus earlier this year, but for many who have been made unemployed or had salary cuts, it has not stretched very far.

The Democratic-led House passed the $3trillion HEROES Act in May, calling for another payout to cash-strapped workers, but the Republican-controlled Senate has been opposed to it.

When asked in an interview on Monday, whether he supported the idea of another round of financial aid, the American leader said: ‘Yeah, we are. We are.’ 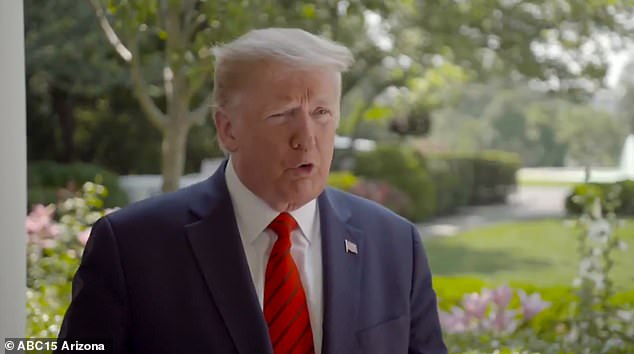 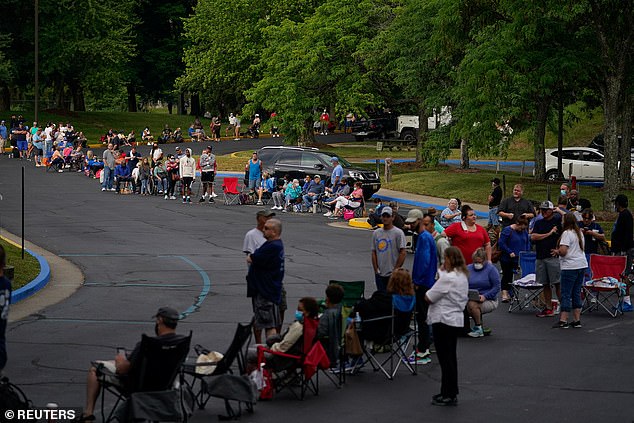 People line up outside Kentucky Career Center prior to its opening to find assistance with their unemployment claims in Frankfort, Kentucky on June 18. Trump didn’t mention anything about unemployment benefits in his interview

While Republicans have favored the idea of cutting taxes and offering other incentives as opposed to giving out more money directly. On Monday, Trump was coy when asked how much could be expected.

Before answering reporter Joe St. George’s question about when there would be another stimulus check, Trump crow-barred in a line that boasted of a successful reopening of the economy recently.

‘We had this going better than anybody’s ever seen before, we had the best economy we’ve ever had, and then we had the virus come in from China and now we’re rebuilding it again,’ he began. 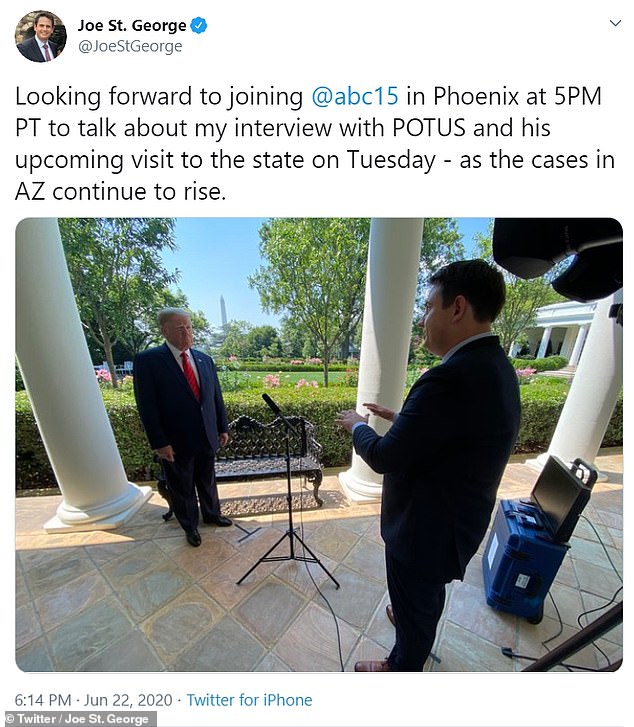 Trump told Joe St. George that he’ll reveal the amount over ‘the next couple of weeks probably’

The House’s proposal in May included nearly $1 trillion in relief for state and local governments, a second round of payments of $1,200 per person (up to $6,000 per household), about $200 billion for hazard pay for essential workers and $75 billion for coronavirus testing and contact tracing.

The House also proposed a extension of the $600 per week federal unemployment insurance benefit through January (the provision approved in March is set to expire after July).

But Trump made no mention of unemployment benefits in Monday’s interview. Approximately 35 million Americans were left jobless due to the pandemic which saw cases reach 2,301,123 on Monday and deaths hit 120,271.

The HEROES Act included $175 billion in rent, mortgage and utility assistance, subsidies and a special Affordable Care Act enrollment period to people who lose their employer-sponsored health coverage, and more money for the Supplemental Nutrition Assistance Program, including a 15 percent increase in the maximum benefit. 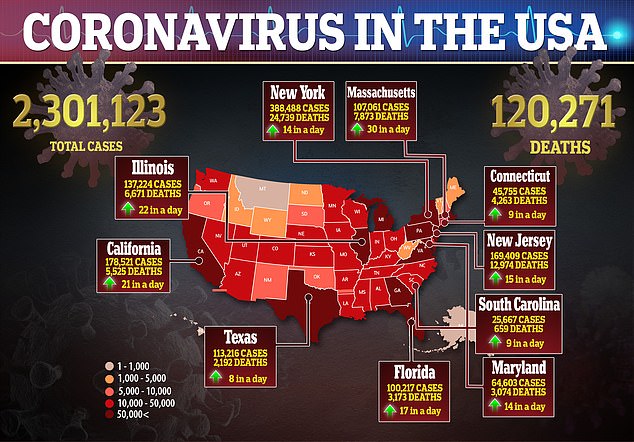 Trump – who increased restrictions on non-immigrant visas on Monday – may be opposed to the 1,800-page bill’s idea of a ban on deporting illegal immigrants in ‘essential’ jobs and suspension of penalties for their employers on immigration-related violations.

The HEROES Act proposed funding to expand voting by mail for the November elections. The president has also been vocal about his opposition to mail votes.

Trump said earlier this month that he would prefer to offer payroll tax cuts and ‘doing things for restaurants and various pieces of the entertainment industry, which will be an incentive, whether it’s deductions or whatever’.

Steve Moore, a conservative economist who has counseled Trump, told NBC News: ‘We shouldn’t be doing any more spending.’

White House spokesman Judd Deere said in an email that ‘any phase four economic package must prioritize pro-growth economic measures that incentivize employers and our great American workforce to return to the labor market.’