Trains will return to 70 per cent operation in 10 days time under plans being drawn up by railway bosses to cope with an increase of commuters.

Timetables have been significantly hollowed out since the lockdown and are running only half of their normal journeys.

But, as Boris Johnson prepares to loosen restrictions, mothballed routes will be brought back into action to match the influx of passengers returning to work.

Ministers and industry chiefs are urgently working to beef up capacity by May 18 to around two-thirds of the full timetable, sources told the BBC.

The six-feet government distancing rule poses a challenge to the proposals as, if maintained, it will slash carriage space by 90 per cent. 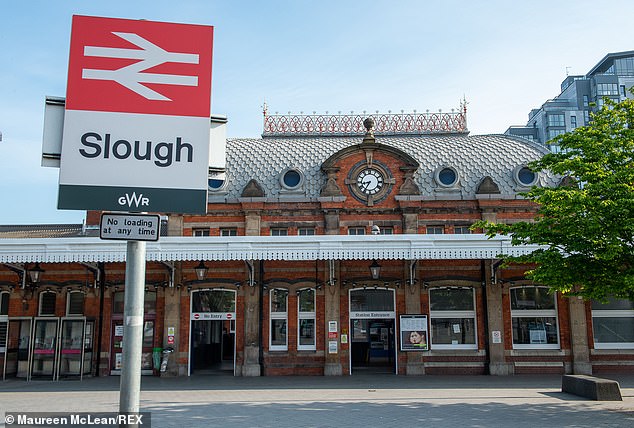 A Department for Transport spokesperson said: ‘We are examining a range of options on how transport can respond to support the recovery in a timely way when the time comes and it is safe to do so.

‘We continue to prepare for any scenario we might be asked to support’.

The Prime Minister will spell out a road map to adjust the lockdown on Sunday in an address to the nation.

Number 10 has poured cold water on speculation of any significant lifting of curbs, but the ‘stay at home’ message is expected to be ditched.

Downing Street insiders today said the country would remain under lockdown until June.

But after dire forecasts from the Bank of England yesterday about Britain’s flagging economy, it is likely ministers are sketching out a blueprint to fire up UK plc. 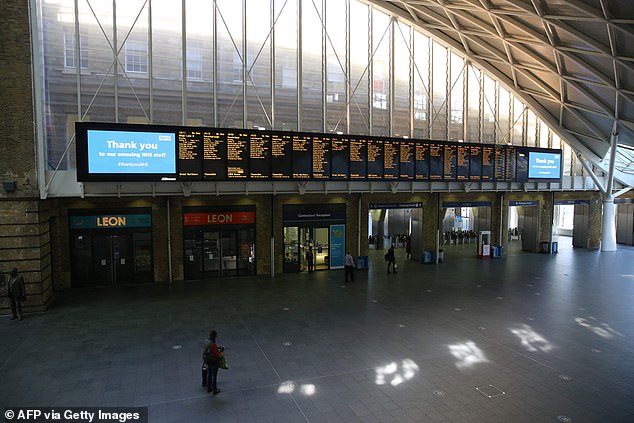 Part of this involves adopting a bulked out rail timetable to cope with more passengers.

There could also be further guidance on wearing masks while travelling after a survey by rail and road watchdog Transport Focus found 51 per cent of people would not be happy using trains and buses unless passengers were required to wear them.