A THUG punched an eight-year-old boy to swipe the £10 note the child was holding as he was on his way to buy a can of pop leaving him "afraid to play outside."

Jake Smedley, 25, attacked the boy at a corner shop in Oldham, leaving a visible mark on the left side of his body. 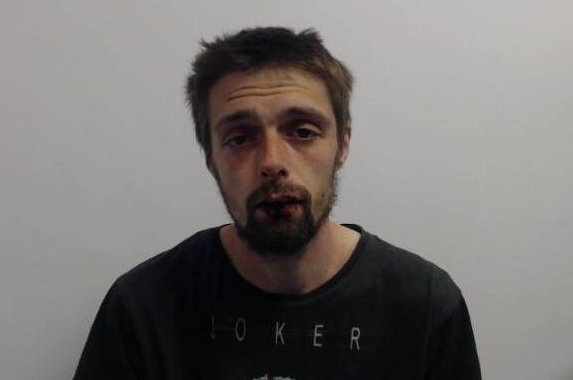 He appeared at Teesside Crown Court and was sentenced after pleading guilty to robbery.

The boy has been left so traumatised by the attack that he is no longer "wants to play outside with his friends", and has even told his mum that he "wishes to kill himself," reports MEN.

The incident took place in August 2020 when the little boy went to the corner shop with his siblings and a neighbour to "buy a can of pop".

The 25-year-old who was also in the shop at the time suddenly "punched" the boy and got the £10 note the boy was holding before fleeing the scene, according to witnesses.

The boy immediately returned home in "great distress" with his face "red from crying", the court heard.

Judge Timothy Stead revealed that the robbery was carried out to fuel Smedley's drug habit before adding that it has had an "immediate negative impact" on the young boy.

Prosecutor Nicholas Flanagan said: "He no longer goes out to play with friends, and only leaves the house when accompanied.

"He has said he wishes to kill himself."

The boy's mother and teachers are now monitoring his behaviour and he has been referred to the community mental health team.

Smedley who has a number of previous convictions including an assault occasioning actual bodily harm and a common assault, pleaded guilty to the robbery.

However, he told the court the £10 note had "been dropped by the boy and had blown across the floor" and he claimed he picked it up and "rather than return it, he ran away" and insisted he did not use violence.

He only pleaded guilty when the boy appeared to give evidence at the trial.

Mitigating, Sara Haque said that Smedley had been placed on a methadone reduction plan while in custody.

The defence said: "The defendant accepts responsibility and has been assessed by a probation officers.

"He has expressed real, genuine shame, embarrassment and remorse over his behaviour.

"He is not a man without merit.

"He is motivated to deal with his addiction."

She added that Smedley has had a "chaotic life" after his parents' breakup when he was 15.

Judge Stead sentenced Smedley to two years behind bars and said: "This case is depressingly straightforward in its total facts.

"An eight-year-old boy was going to the sops, he had with him a £10 note. You were in need of money for drugs, that is an aggravating feature.

"You punched him, quite simply, to the body, you took his money.

"The effect has been considerable. It's quite apparent that this boy has suffered badly, emotionally, as a result of what you did.

"You were doing this to fuel drug addiction. The victim you chose was but eight-years-old, you being 25."