The Rev-olution: Church of England could axe ‘Reverend’ title after 500 years over fears it’s used to cover up sexual abuse

The Church of England is to consider dropping the title ‘Reverend’ for its clergy as part of efforts to stop child abuse.

The form of address, used for more than 500 years, must go because it encourages deference to clergy and helps abusers cover up their crimes, the Church’s parliament is to be told.

A decision to abandon ‘Reverend’, together with variants such as ‘Right Reverend’ for a bishop and ‘Venerable’ for an archdeacon, would be the latest radical move in culture wars that have seized the CofE in recent months.

The Archbishop of Canterbury, the Most Reverend Justin Welby, has said some statues and memorials linked to slavery ‘will have to come down’. 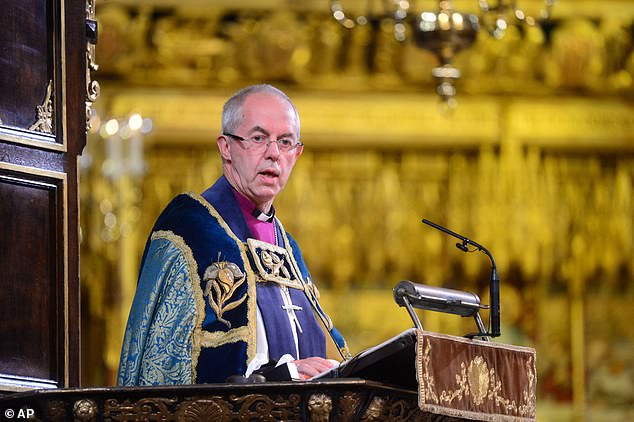 The Archbishop of Canterbury, the Most Reverend Justin Welby, has said some statues and memorials linked to slavery ‘will have to come down’

The Church’s financial wing, the Church Commissioners, has started an inquiry into how much of the CofE’s £9billion in historic assets was earned through slavery.

The General Synod is to hear a motion tabled in the name of a Somerset rector which says old forms of address should be dropped to meet the demands of the Independent Inquiry into Child Sexual Abuse.

Last year, the inquiry savaged the Church over its long-term harbouring of abusers and its reluctance to harm its reputation by exposing or punishing them. 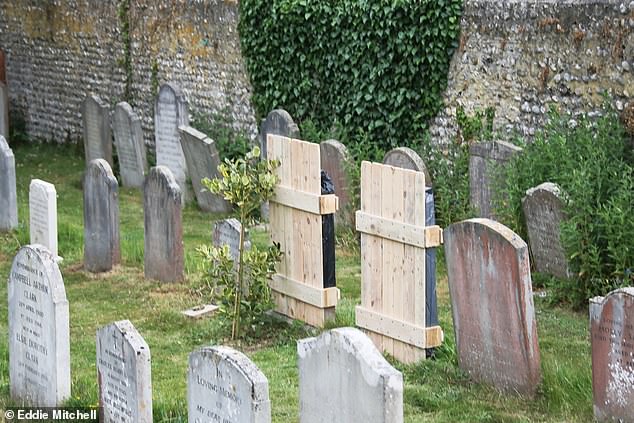 The Church’s financial wing, the Church Commissioners, has started an inquiry into how much of the CofE’s £9billion in historic assets was earned through slavery. Pictured: St Margaret’s Church in Rottingdean covered up racist slurs on two historic gravestones

The inquiry lay some of the blame on Church culture, pointing to ‘clericalism, which meant that the moral authority of clergy was widely perceived as beyond reproach’.

The Synod motion, tabled in advance of an online meeting next month, says: ‘Issues of clericalism and deference have allowed abuse to be covered up and the voices of the vulnerable to be silenced.’

It asks that ‘steps be taken to abolish, and discourage the use of, deferential titles such as Reverend, Right Reverend, Very Reverend, Most Reverend, Venerable, and that clergy be instead referred to and addressed using the names of the roles they hold, for example Vicar, Rector, Bishop, Dean, Archbishop, Archdeacon’. 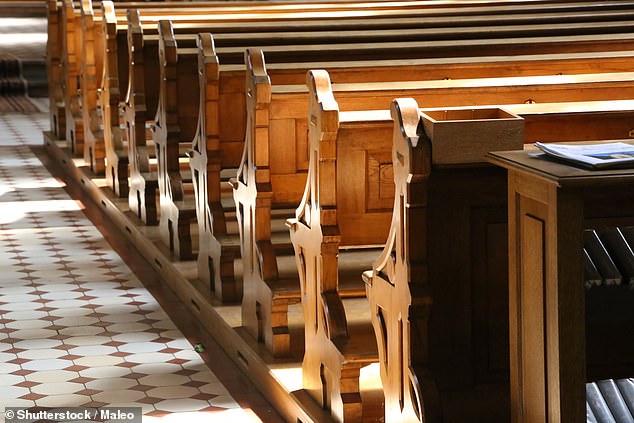 Mr Dudley-Smith is a cleric in the Bath and Wells constituency, where the recently retired Right Reverend Peter Hancock was in charge of CofE action against child abuse.

The title ‘Reverend’ is Latin in origin, referring to a person who should be held in reverence. It was first recorded in use in the late 1400s as political struggles began over whether the Church should use medieval Latin or hold services in English.