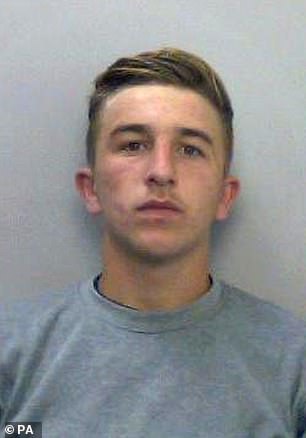 Jessie Cole, 18, (pictured) one of the teenagers convicted of the manslaughter of PC Andrew Harper, yesterday admitted to stealing a quad bike only hours earlier

One of the teenagers convicted of the manslaughter of PC Andrew Harper today admitted to stealing a quad bike only hours earlier.

On the night of August 14, 2019, Jessie Cole, 18, broke into a padlocked garage and stole a child-sized vehicle as well as other high-value items, The Sun report.

Hours later, alongside Henry Long, 19, and Albert bowers, 18, he stole a second quad bike before PC Andrew Harper was killed after being dragged along the road trying to stop them.

Appearing via video link from HMP Woodhill, Cole was handed a 26-week prison sentence at Reading magistrates’ court yesterday after admitting to the first burglary.

The stolen items from the first burglary were discovered by officers at the Four Houses Corner caravan site in Ufton Nervet, Berkshire, on August 15, 2019, shortly after PC Andrew Harper’s body was found.

Using location data on Cole’s phone, police were able to see that he had been at the location of the first burglary.

Already serving 13 years for the manslaughter of PC Harper, Cole will serve his new sentence concurrently.

Defence solicitor Rhian Wood said that Cole cannot read or write and pointed out that he had required an intermediary at the Old Bailey during his trial over the death of PC Harper.

She added: ‘He is still very young. He has been convicted of a very serious offence and he is currently serving a long sentence for that and will serve the better part of his youth in prison.’

In December, PC Andrew Harper’s widow said she felt ‘disappointed’ and ‘let down’ by the justice system after Court of Appeal judges refused to increase the jail terms for his teenage killers.

Henry Long, 19, was jailed for 16 years and 18-year-olds Jessie Cole and Albert Bowers were handed 13 years in custody for the manslaughter of the Thames Valley Police traffic officer who was dragged to his death behind a car.

Dame Victoria Sharp at the Court of Appeal dismissed Attorney General Suella Braverman’s challenge to extend their sentences, saying that ‘mere disagreement’ with the jail terms did not provide grounding for finding the sentencing ‘unduly lenient’ or ‘wrong in principle’. 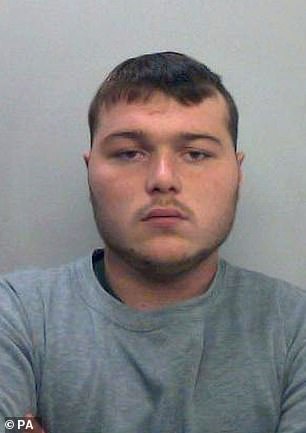 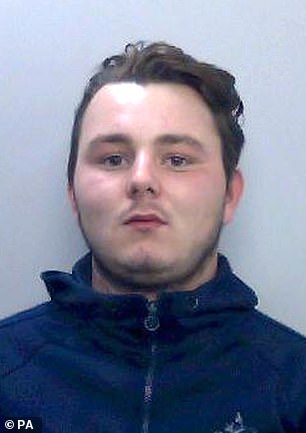 Henry Long, 19, (left) was jailed for 16 years and 18-year-olds Jessie Cole and Albert Bowers (right) were handed 13 years in custody for the manslaughter of the Thames Valley Police traffic officer who was dragged to his death behind a car

The judges also denied the killers’ attempt to have their manslaughter sentences reduced. But in another bitter blow to PC Harper’s widow the court did decide to reduce sentences imposed on Cole and Bowers for conspiracy to steal, from 38 months’ detention to an 18-month detention and training order.

PC Harper, 28, was killed after he was caught in a strap attached to the back of a car driven by Long and dragged to his death down a winding country road as the trio fled the scene of a quad bike theft in Berkshire on the night of August 15, 2019.

Long – the leader of the group – admitted manslaughter, while passengers Cole and Bowers were convicted of manslaughter after a trial at the Old Bailey. All three were cleared of murder by the jury, which deliberated for more than 12 hours.