The Taliban could win control of Afghanistan’s capital within six months of the American military’s withdrawal, US intelligence warns

Kabul could be captured by the Taliban within a year as US forces withdraw from Afghanistan, but its fall is not inevitable and will depend on a much better-run Afghan defense force, US experts say.

As worries mount that the insurgents could retake power in the war-torn country, experts with years of experience in Afghanistan warned that poor leadership, corruption and ethnic divisions in the Afghan security forces offer the Taliban advantages, and that much depends on whether President Ashraf Ghani’s troubled government can hold.

The Islamist rebels have taken control of dozens of Afghanistan’s 400 districts since the September deadline for withdrawal was set by Washington, where Ghani is set to meet with US counterpart Joe Biden at the White House on Friday.

The Wall Street Journal reported Wednesday that a new US intelligence report estimates that the Taliban could win control of the country’s capital within six to 12 months of the US pullout. 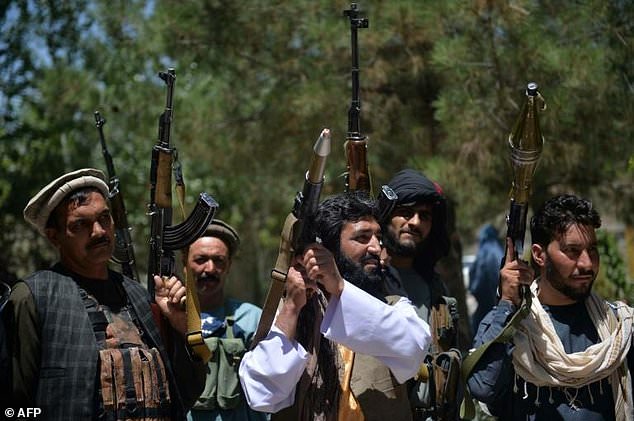 Afghans gather with their heavy weapons to support government security forces against the Taliban, in Guzara district, Herat province 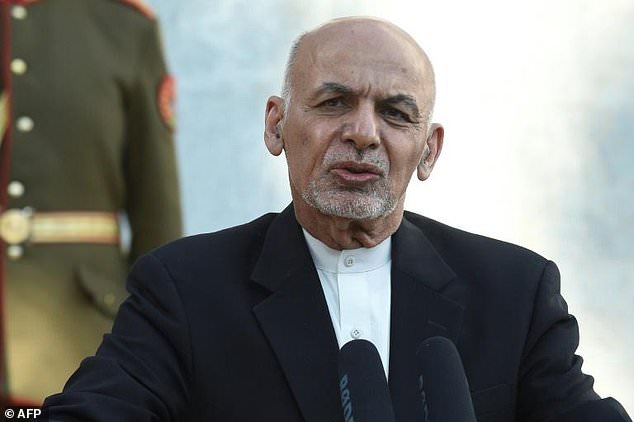 US experts say Afghan President Ashraf Ghani is facing a tough test with the stepped up attacks by Taliban insurgents, who have the potential of besieging Kabul within a year

‘There’s really no denying the size and the speed of the kind of territorial losses the government has suffered,’ Andrew Watkins of the International Crisis Group told AFP.

But ‘the fall of Kabul is not imminent. The Taliban is not an unstoppable military juggernaut,’ he said.

Most of the districts the insurgents have claimed are ‘out in rural areas of the country that have little strategic or military value. There’s no military need for either actor to be out there.’

Yet some are on transport routes and around provincial capitals.

‘The Taliban are strengthening their chokeholds around major cities. They’re not necessarily in the near-term future going to try and take those cities,’ Watkins said.

Afghan security forces have lost the support of US air strikes on the Taliban in the past year, and their own air force could be weakened if thousands of US civilian contractors, who keep Afghan aircraft flying, depart by September.

Carter Malkasian, a former Pentagon official and now an Afghanistan security expert at the CNA consultancy, said it is only ‘remotely possible’ that the Taliban sweep into Kabul in the near term.

However, he said, such an outcome is conceivable within a year, as regional capitals are not currently under threat.

‘If you see the losses of big cities like Kandahar city or Mazar-i-Sharif, then I would start worrying about Kabul falling,’ said Malkasian. 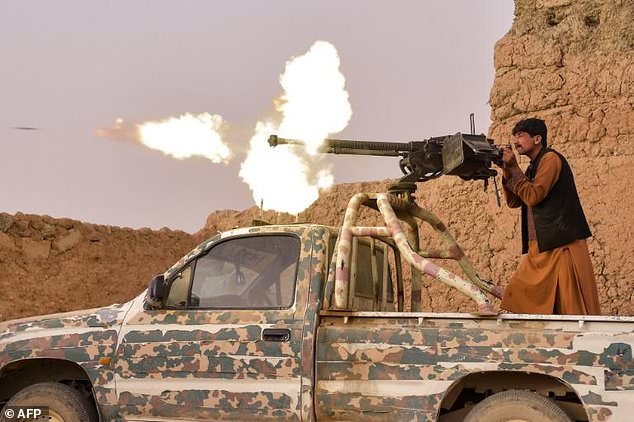 James Dobbins, the former US Special Representative for Afghanistan and now an expert at Rand Corporation, said he expects fighting to escalate.

Right now, he said, ‘the Taliban have certain advantages. But their advantages generally apply in the countryside where their supporters are.’

The cities are more of a challenge for the group than when they gained power in 1996: the country is more populous, urbanized, better educated, better connected and more complicated to manage.

‘They don’t have many supporters in the cities where all the infrastructure is,’ he said.

‘Kabul is now a city of five million people. It’s not what it was the last time the Taliban captured it. And I think they’d have a hard time controlling it.’

Watkins said the Afghan military is doing what it needs to do, shrinking its footprint to focus on defending population centers and major supply arteries.

And a recent shakeup of the leadership could improve its operations.

‘The Afghan military has to demonstrate a strength and a resilience that makes the Taliban reconsider trying to take over the country by force,’ he said.

However, he added, ‘The territorial losses the Afghan government has suffered are going to wind up having political impact. There is a potential of freaking out everyone, from rank and file Afghan soldiers and policemen . . . all the way up to the highest political level,’ Watkins said. 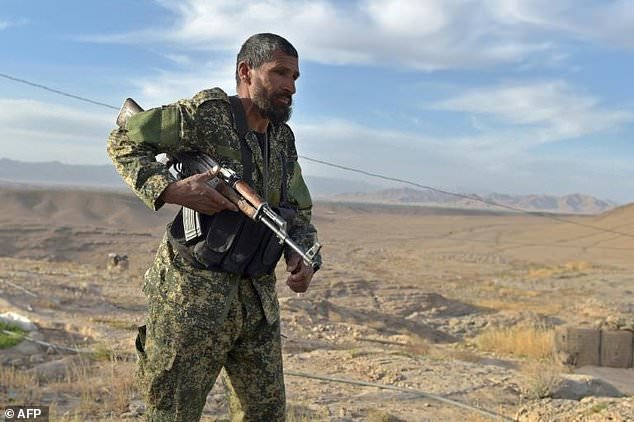 An Afghan Public Protection Force (APPF) stands guard at an outpost set up against Taliban fighters in Kajaki, northeast of Helmand Province

Malkasian said that the Taliban are focused as much on eroding public morale and confidence in the government as they are on gaining the upper hand in negotiations on a future government.

‘Ultimately what they want to do is not to have to fight their way tooth and nail to Kabul or to conquer the rest of the country,’ he said.

‘What they would like to see is for the Afghan government to fall apart, so that they can step into a vacuum.’

Malkasian insisted that peace talks are important to the insurgents, to lend them credibility if they do end up assuming power.