Raging son, 24, is jailed for 18 months after bursting into his mother’s bedroom and punching her semi-naked lover, 47, in the face with an illegal knuckleduster 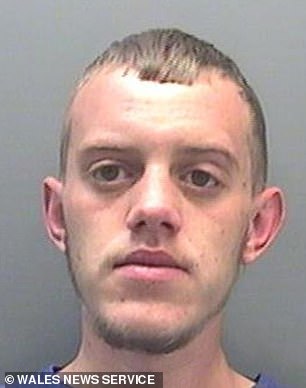 Michael Knowles, 24, was jailed for 18 months for bursting into his mother’s room and beating up her lover with a knuckleduster

A raging son has been jailed for battering his mother’s lover with an illegal knuckleduster after bursting into her bedroom claiming he ‘misread’ the situation.

Michael Knowles, 24, of Aberdare, South Wales, barged into his mother’s room to punch her semi-naked boyfriend Lee Jenkins, 47, in the face with the silver weapon.

Mr Jenkins, 47, leapt out of the bed to overpower Knowles until his mother Claire, 42, ordered him to let go.

He was left with bruising on his face after the fight which Knowles told police was the result of him ‘misreading’ what was happening between Mr Jenkins and his mother.

But just five days later another violent clash broke out when Knowles started throwing things across the kitchen while Mr Jenkins was downstairs.

As Mr Jenkins walked away, Knowles followed him up the stairs, pulled down his pyjama bottoms and challenged him to a fight.

He told his mum, who he made contact with when he was 18 after his grandparents raised him, to ‘get out’ of her own home, gripping her by the shoulders and twice spat in her face before throwing her clothes onto the lawn. 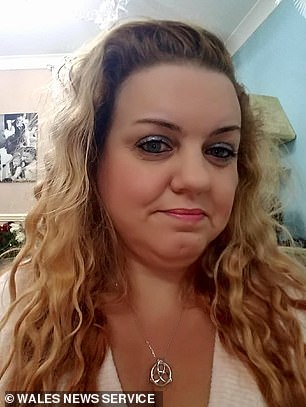 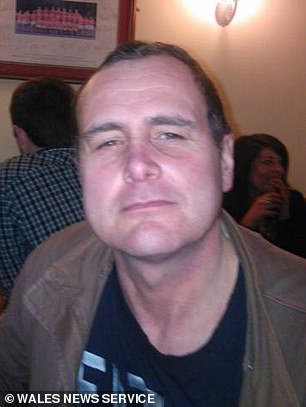 The raging son left bruising on the face of Lee Jenkins, 47, and shouted and spat at his mother Claire, 42

Prosecutor Thomas Stanway said: ‘Ms Knowles tried to get away from the defendant. He was in her face, shouting. He closed the door, stopping his mother from getting out.’

While the aggressive son was raging at his mother downstairs, Mr Jenkins called police from the bedroom Knowles had locked him.

He was arrested but claimed he had been acting in self defence and denied spitting at his mum. The knuckleduster was found hidden under a sofa.

Mr Stanway said the defendant had ‘traces of white powder around his nose’. 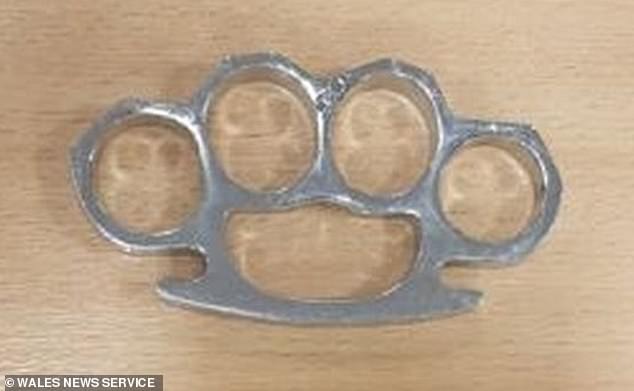 She said: ‘His childhood was peppered with adverse traumatic experiences which have affected how he perceives and responds to certain situations.’

Judge Jeremy Jenkins said he had read a letter from his mother and told him: ‘The only thing your mother craves is to have a normal family life and put these matters behind you.’

But he said that would not be possible and sent him to jail for the violent knuckleduster attack.

He said: ‘I have a duty which goes beyond mere family relationships.. What you have done passes the custody threshold. Your behaviour was unforgivable.’

Knowles was jailed for 18 months and the judge made a three-year restraining order to stay away from his mother and her boyfriend.

He had seven previous convictions, including assault and criminal damage,

In August 2019 he was given a 16-week prison sentence, suspended for a year, for strangling his pregnant then-girlfriend, throwing her against a door and punching her in the head, following an argument about his drug use.

While police attended the incident in June they found a cannabis factory with the potential street value of more than £1,500 in the house.