THIS is the moment violent thugs chased a man onto a busy roundabout with machetes and hammers – before a Good Samaritan rushed to help.

A man, dressed in a white t-shirt, can be seen desperately trying to escape two men who have cornered him amid the traffic in Birmingham on Saturday, at around 4:20pm. 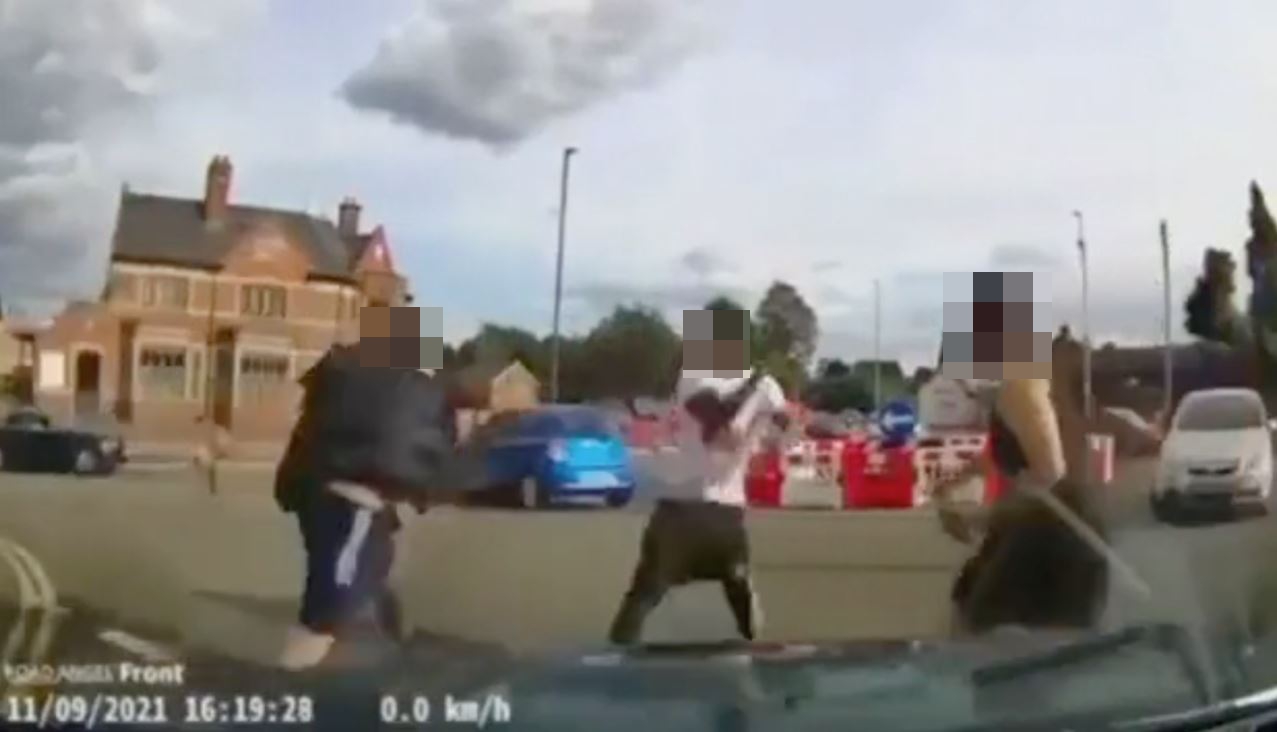 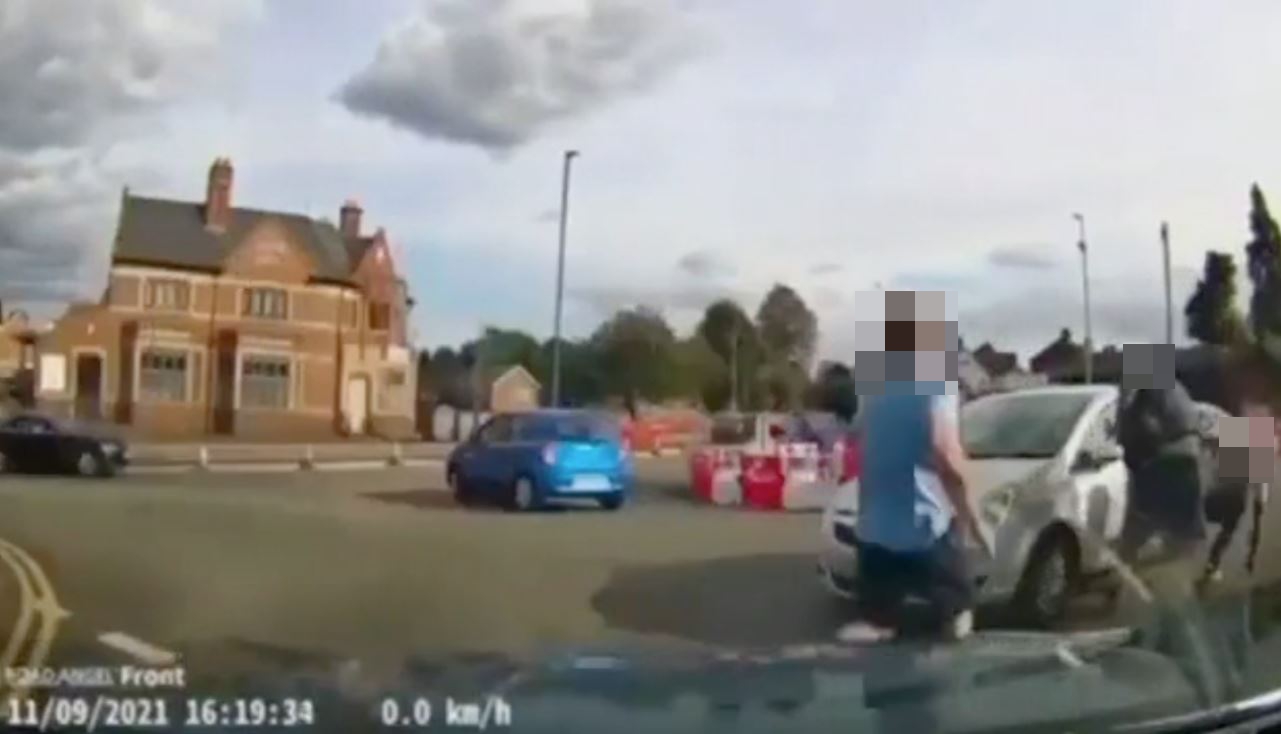 As he tries to flee from the attackers wielding their weapons, the man blindly runs into the middle of the road and into the path of a silver Vauxhall Corsa.

But even after bouncing across the bonnet, the pair won't let the man go – and continue to strike him with the huge blade and the hammer.

Baffled motorists were forced to stop on the hectic junction as the unbelievable attack in broad daylight spilled across the street.

The chaos only subsided when a brave bystander ran to the man's aid and pounced on the back of one of the assailants.

His bold move allowed the victim a split second to flee, while other drivers began to get out of their cars.

The terrifying brawl was captured on the dashcam of a motorist who was sitting in their car as the violence erupted just inches away.

It is not clear how the incident began.

A West Midlands Police said a boy, 15, and a 34-year-old woman were arrested in connection with the incident.

Both were released under investigation.

A West Midlands Police spokesperson reportedly said: “We’ve launched an investigation after a man was stabbed in Londonderry Road, Smethwick, on September 11.

“We received lots of calls about the attack which happened just after 4pm.

“The 31-year-old local man was taken to hospital and was discharged after treatment.”

The shocking clip caused a stir on social media as users were bewildered by the brazen attack – that could have had fatal consequences. 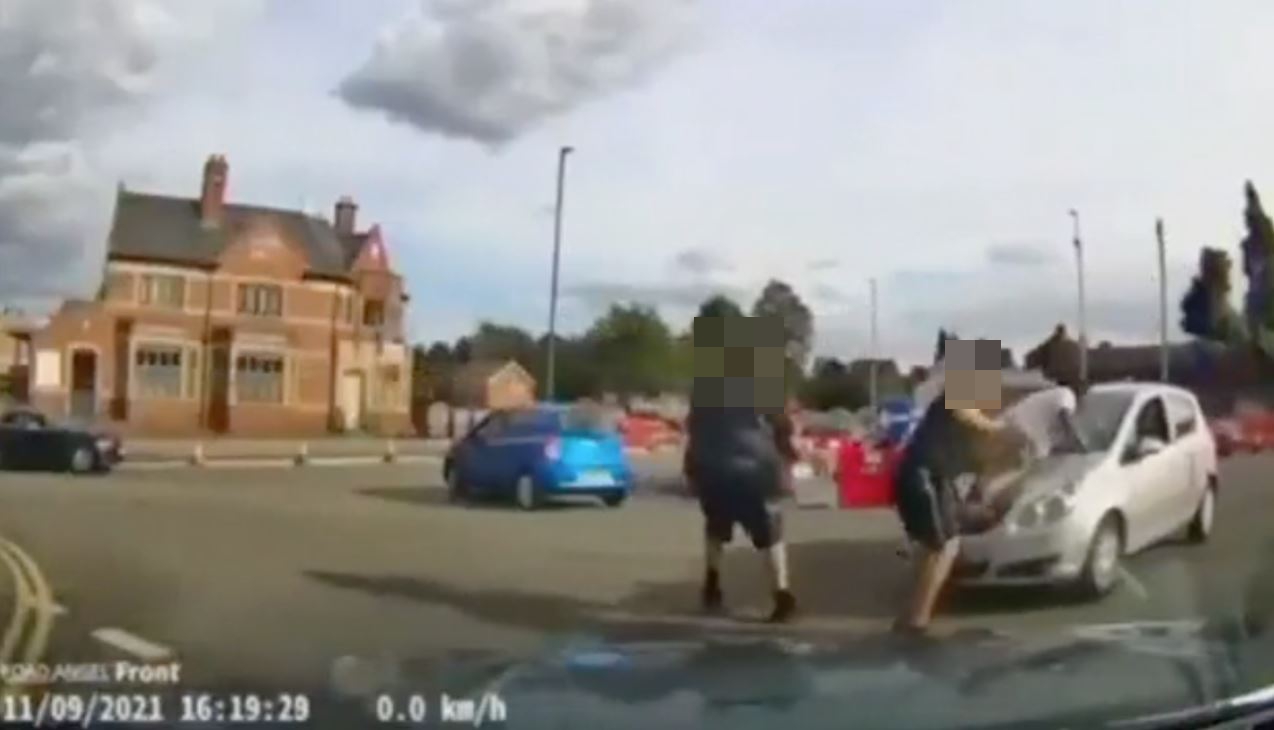