A SCOTS mum has revealed she refuses to change in front of her husband and hides her skin from her children because of a horror rash after getting the coronavirus vaccine.

The Edinburgh mum, who did not want to be named, has been left "red and blotchy" all over just days after receiving her first dose of the vaccine. 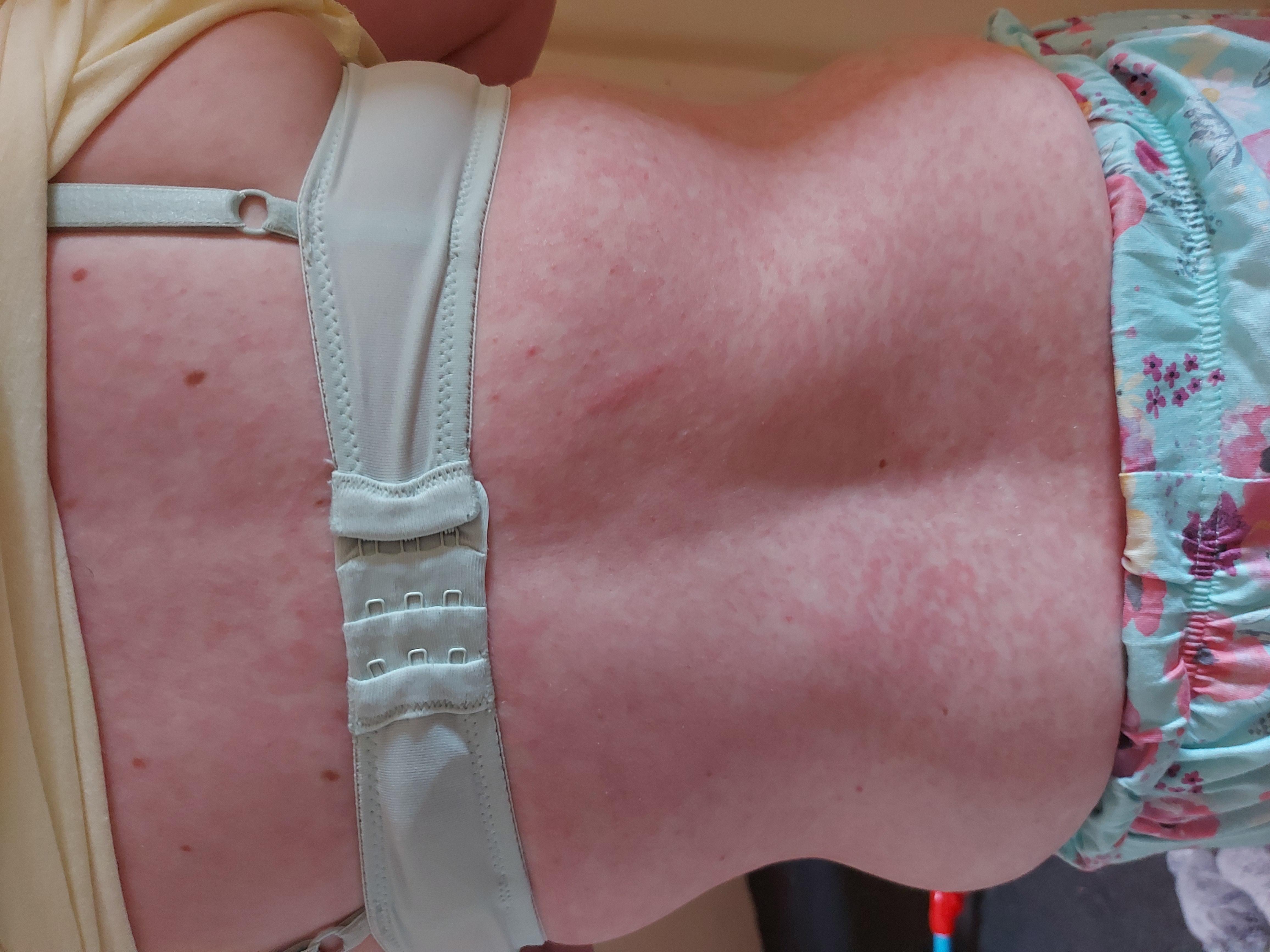 The 37-year-old was called for her jab and received the vaccine on Tuesday but within hours suffered a reaction leaving her with irritated skin with a burning sensation similar to sunburn.

She had been given the vaccine as she acts as an unpaid carer for her young son with ADHD.

And the mum revealed further to the physical challenges the mental toll has been difficult to deal with as she tried to hide the "lumpy" rash from family.

Speaking to The Scottish Sun the mum-of-six said: "I had the jab at 4.40pm on Tuesday and by 8pm the rash started to appear.

"It's all over red and blotchy and lumpy to touch, it's itchy but then if you scratch it it's a burning feeling. It's a bit like sunburn.

"My 14-year-old daughter was speechless. I won't get changed in front of my husband because it just looks horrible. It has an effect on your confidence.

"I've hidden it from my youngest daughter because I don't know if she'd be scared or not and my son has ADHD and doesn't like change so I've kept it from him.

"I'm still wearing jumpers even though the weather has been sunny just to cover my arms because it is just there."

It comes after we told that a Scots mum was left with a horror rash and 'burning inside' after her Covid jab.

After the shock reaction to the jab the mum called her doctor in the hope the rash could be diagnosed. 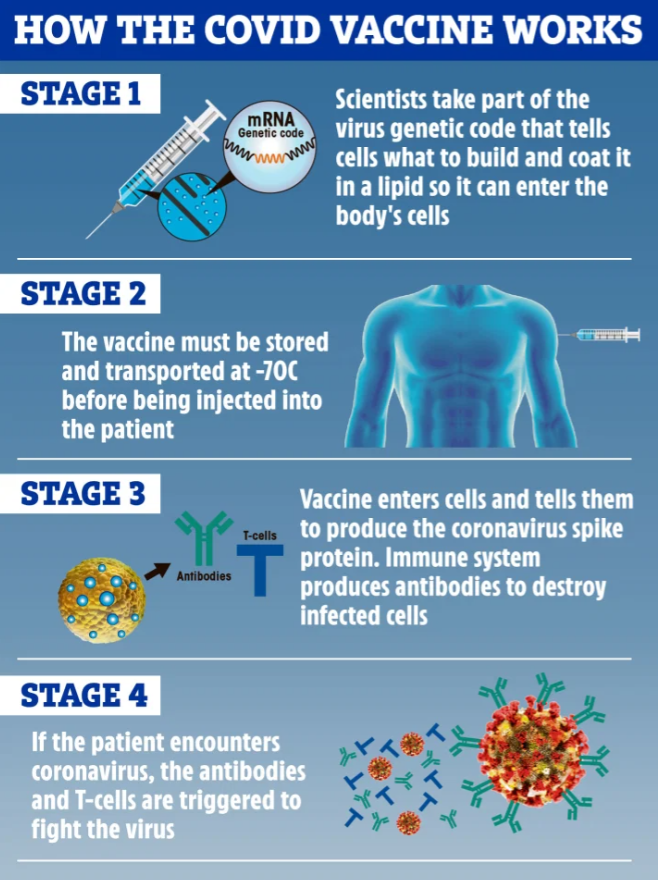 But the mum says her GP, who confirmed the rash as a side effect of the vaccine, doesn't even know if the rash will go away.

She added: "I've spoken to my doctor a couple of times and he's given me strong anti-histamine to stop the itch but he was a bit shocked.

"It was my doctor that said it was a side effect – even he doesn't know when it will go away.

"I've never had any side effects with anything before.

What side effects could happen after a Covid vaccine?

According to the NHS, most side effects of the Covid-19 vaccine are mild and should not last longer than a week, such as:

If you have a high temperature you may have coronavirus or another infection.

If your symptoms get worse or you are worried, call 111.

If you have a history of allergic reactions

The NHS says tell healthcare staff before you are vaccinated if you've ever had a serious allergic reaction.

You should not have the Covid-19 vaccine if you have ever had a serious allergic reaction (including anaphylaxis) to:

The approved Covid-19 vaccines do not contain any animal products or egg and those who have food allergies are allowed to get a jab.

The NHS says all vaccines are thoroughly tested to make sure they will not harm you or your child.

It often takes many years for a vaccine to make it through the trials and tests it needs to pass for approval.

But scientists have been working at speed to develop a Covid jab in under one year.

This has been possible because of huge funding, global collaboration, and because there was high transmission of the virus globally to test it.

Experts have said "no corners have been cut" in testing Covid vaccines.

Once a vaccine is being used in the UK it's also monitored for any rare side effects by the Medicines and Healthcare products Regulatory Agency (MHRA).

"I don't know if it'll ever go or how long it will take."

And the shattered mum says she's now seriously considering whether she should get her second dose.

And despite knowing others who have only suffered minor side effects, including arm pains and headaches, the mum claims she would NEVER have gotten the jab had she known the rash would happen.

The stay at home mum said: "If I had known this would be a side effect I would never have gotten the jab.

"Right now it feels like we are human guinea pigs and it's us that have to reveal all the side effects."