A MUM was left horrified after carving into her chicken and discovering the flesh was GREEN.

Donna, 45, was serving up a Sunday roast when she made the shock discovery. 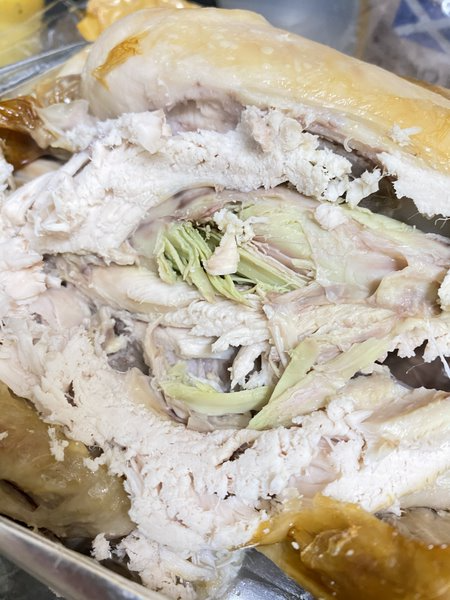 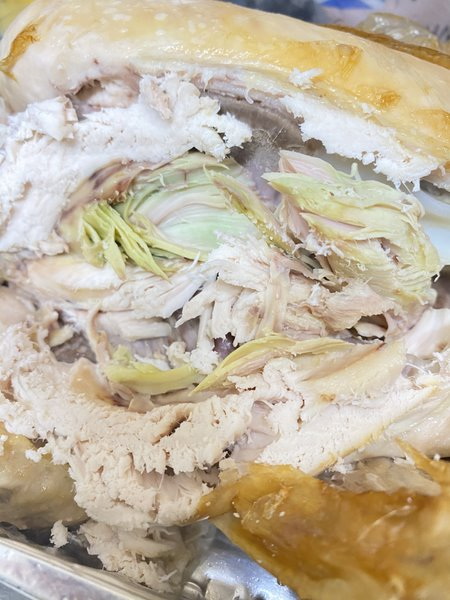 The mum and her family were disgusted by the discoloured chicken, which Donna described him looking like a “lime green dye”.

Donna, from Scotland, was able to get a full refund from a local Co-Op store following the horror experience – but said she’s not touched chicken since.

After doing some research, Donna discovered chicken flesh can sometimes go green when the birds are kept in small spaces and flap their wings too much.

We told previously how the disgusting colour is a result of a disease called pectoral myopathy – or Green Muscle Disease.

The stomach-churning condition is particularly common in heavy-breasted chickens.

Donna fears the bird may not have had a good life if it was kept cooped up.

She said: “It wasn’t very pleasant. I cooked the Sunday roast, carved it up, and went ‘what is that’? It was a lime green. My other half was disgusted.

“I took the chicken back to the Co-Op. I got the refund for the chicken, but it wasn’t the money – I wanted to know why was it green in the first place? I went back and spoke to the manager.

"On the Sunday evening I googled green chicken to see why it happened.

“It’s apparently caused by cooped up chickens who don’t have the option to exercise and they flap their wings vigorously.

“That turns the muscle green. The chicken couldn’t have had a good life.

"I’ve not really eaten chicken since – if anything, it’ll be chicken where I can see the whole fillet.

“It looked like somebody had put a lime green dye in it.”