A CONVENIENCE store beat down was caught on camera after a woman used the N-word not once, but twice, in an altercation with another customer.

Video of the violent brawl, which occurred in Sacramento, California, according to TMZ, was shared online. 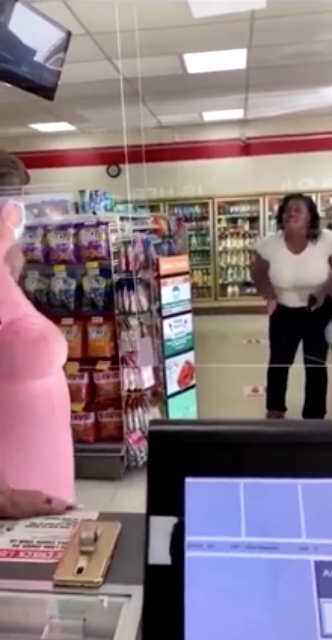 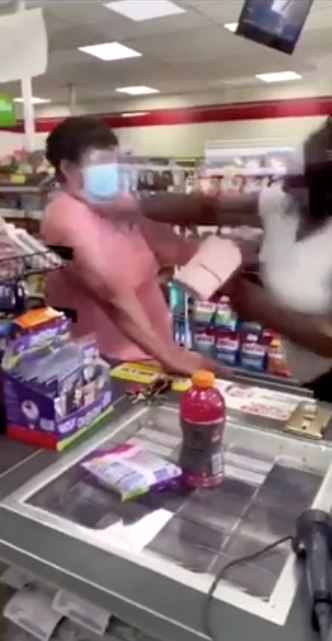 Twitter users were quick to call the incident the latest example of a racist "Karen" running her mouth.

The video shows a middle-aged white woman and a Black woman fighting, though it's unclear what started their argument.

TMZ reported that the white woman claims to have only said excuse me, but the other woman heard something else.

The argument between the two got so intense that the N-word was used. 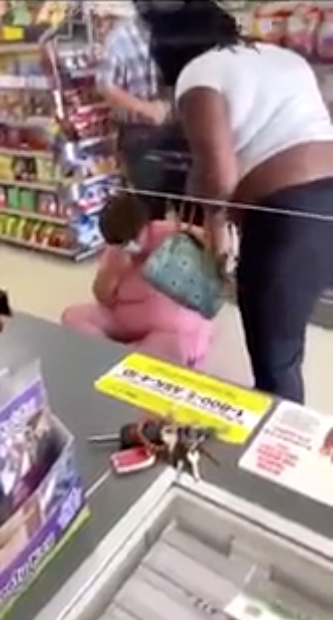 The victim of the slur then dared the other woman to say it again, promising she would beat her if she did – and then she did.

The punches flew until one woman was on the ground.

It appears that she grabbed onto the other woman's leg after the beat down as she was attempting to leave the store, but the picture in the video recording is difficult to make out.

"Are you gonna let me go?" The woman can be heard saying. "I'm gonna beat your a** again."

At the end of the video, as the Black woman exits to store, the white woman can be heard saying, "Call 911."

TMZ reported that the husband of the victim of the abuse is claiming she was arrested for assault, but the network hasn't been able to confirm the arrest yet.

This altercation is just the latest example of a "Karen" – a term used to describe an entitled white women acting in a privileged or inappropriate way – getting into it with a person of color.

Earlier this month, there was a "Karen" incident in Phoenix, Arizona, where a white woman told a fellow customer – who was Native American – to "go back to Mexico."

That incident resulted in a slap for the "Karen" is question as well.