A ROYAL Air Force jet was left punctured with a huge hole under the cockpit after a BIRD flew into it whilst on operations at Getafe Air Base, Spain.

Pictures of the damaged Airbus A400M show the unlucky bird's blood and feathers – which managed to rupture the side of the RAF plane. 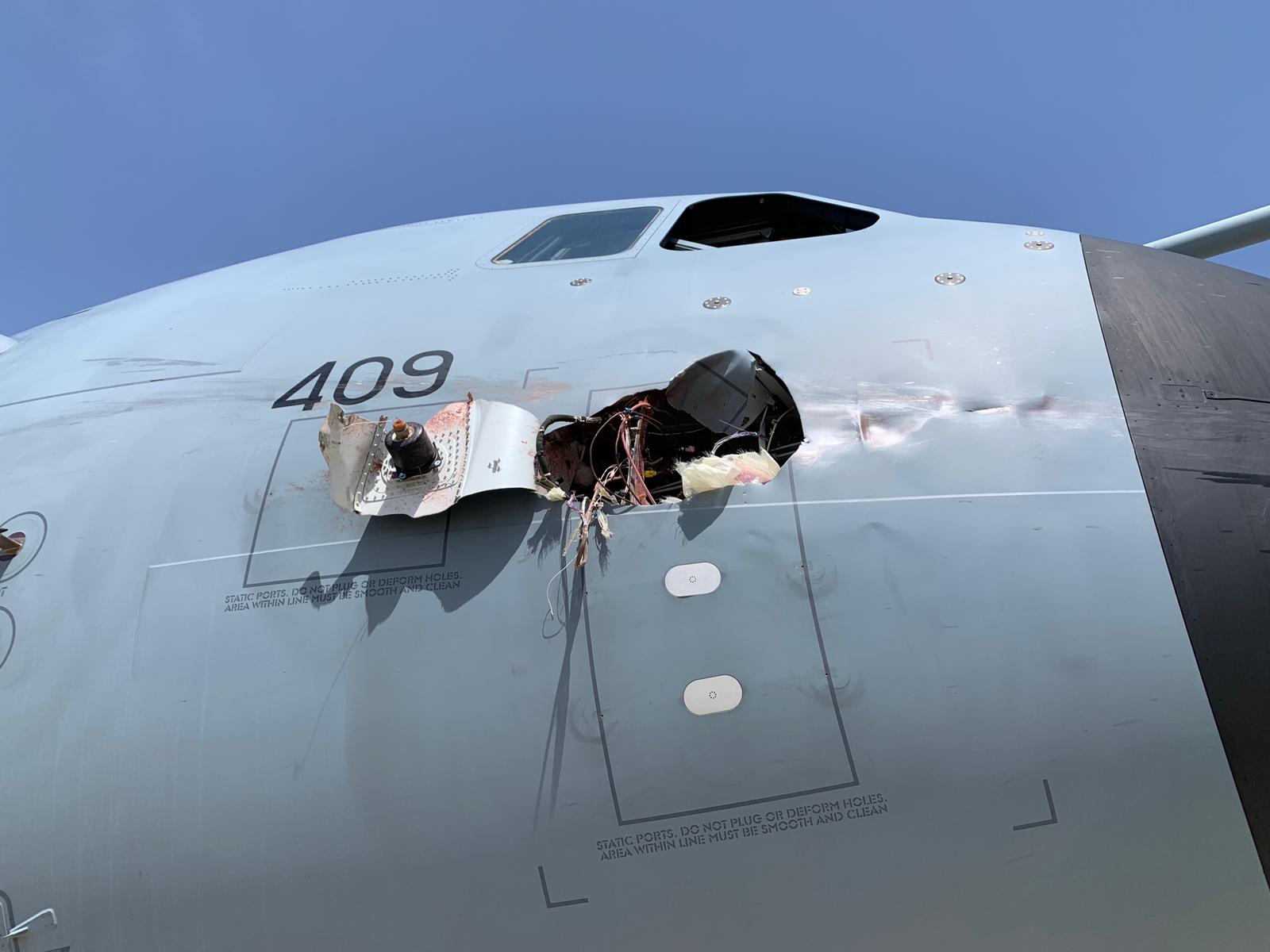 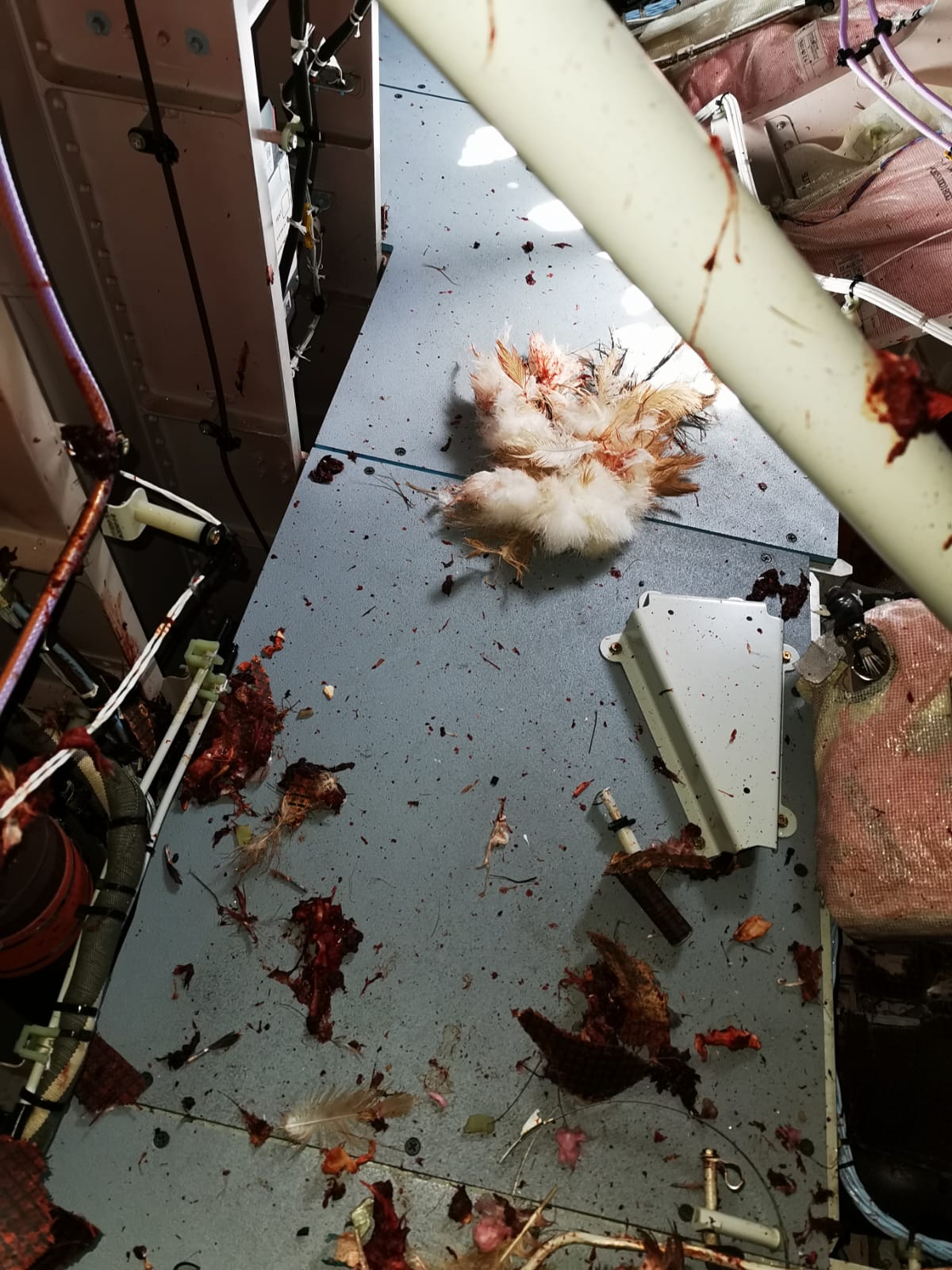 The animal struck the side of the aircraft mid-flight, causing a giant hole in the military plane just under the cockpit.

Feathers from the bird could be seen both inside and outside of the flight-deck – with blood splatters seen near internal cables.

No one – apart from the poor bird – was injured in the splat, and the aircraft landed safely.

The Airbus A400M Atlas is specifically designed for military transport and is used in German, French and Spanish Air Forces.

Its operations include cargo and troop transport, as well as medical evaluation transport.

The A400M boasts four-engines and has been part of the RAF since 2014.

However, this isn't the first time an A400M airlifter has been involved in a bird strike.

Earlier this year in May, the same aircraft model used by the Spanish Air Force was damaged by a flying bird whilst flying near Madrid.

There were no injuries, but the aircraft suffered significant damage near the lower shaft of the body. 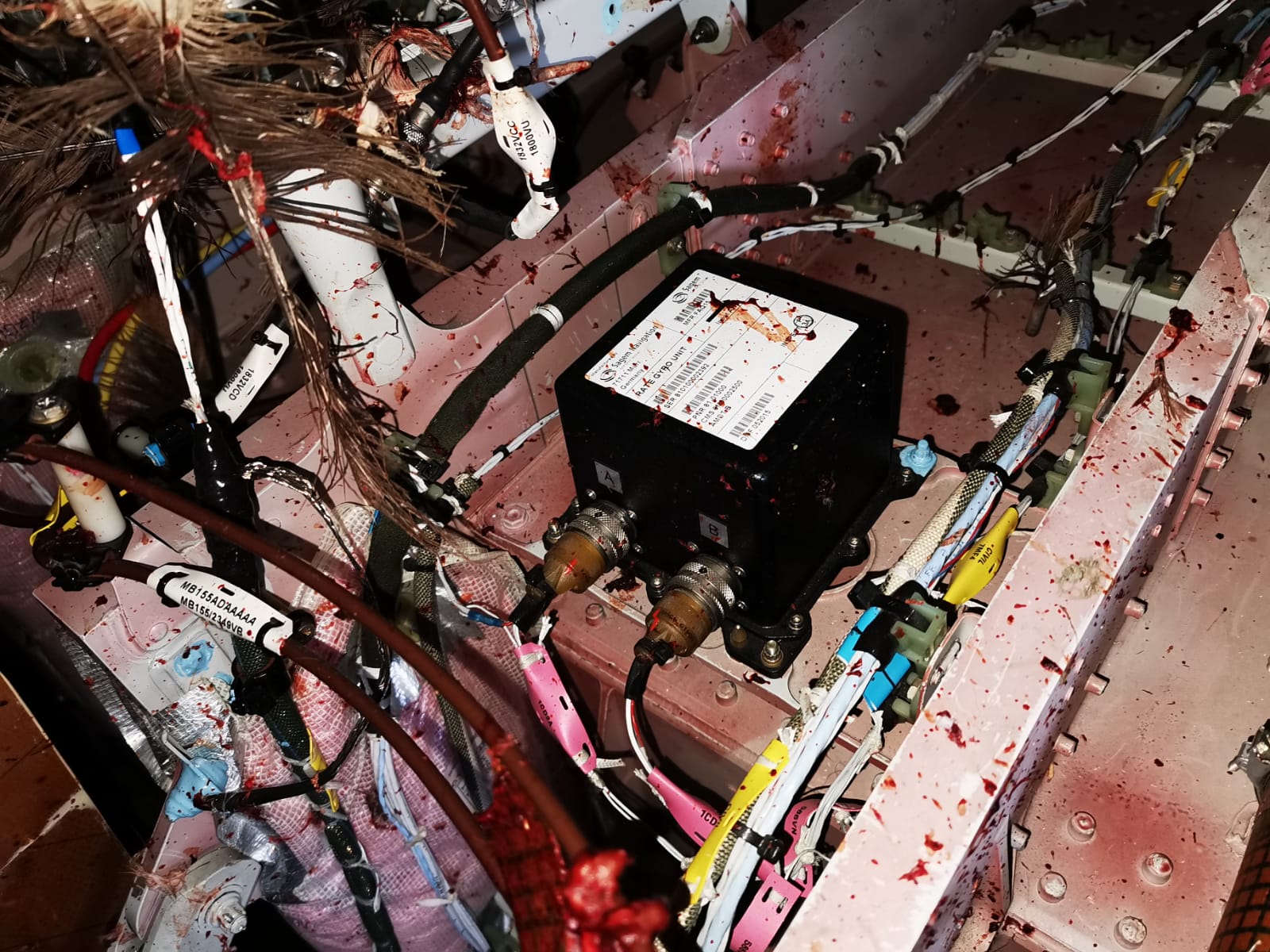