ROMAN Protasevich's girlfriend has appeared in a confessional video, after her family told of fears she is facing torture in a Belarus dungeon.

Sofia Sapega said she is the editor of a Telegram channel dubbed "the Black Book of Belarus". 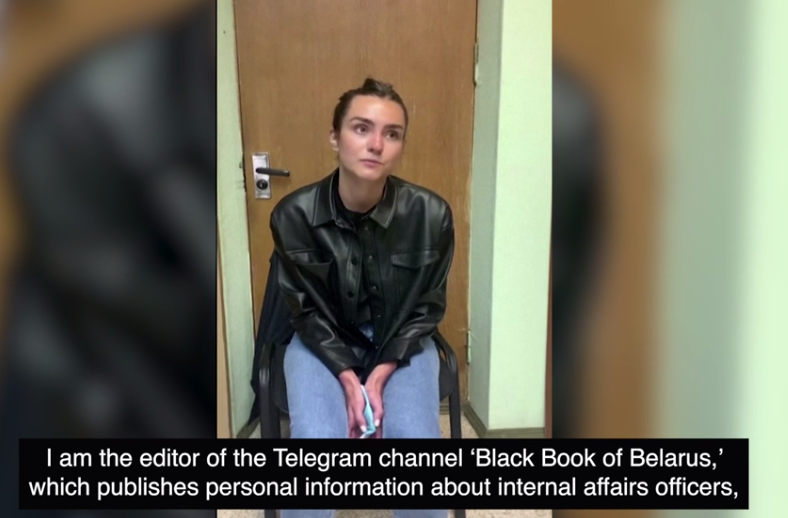 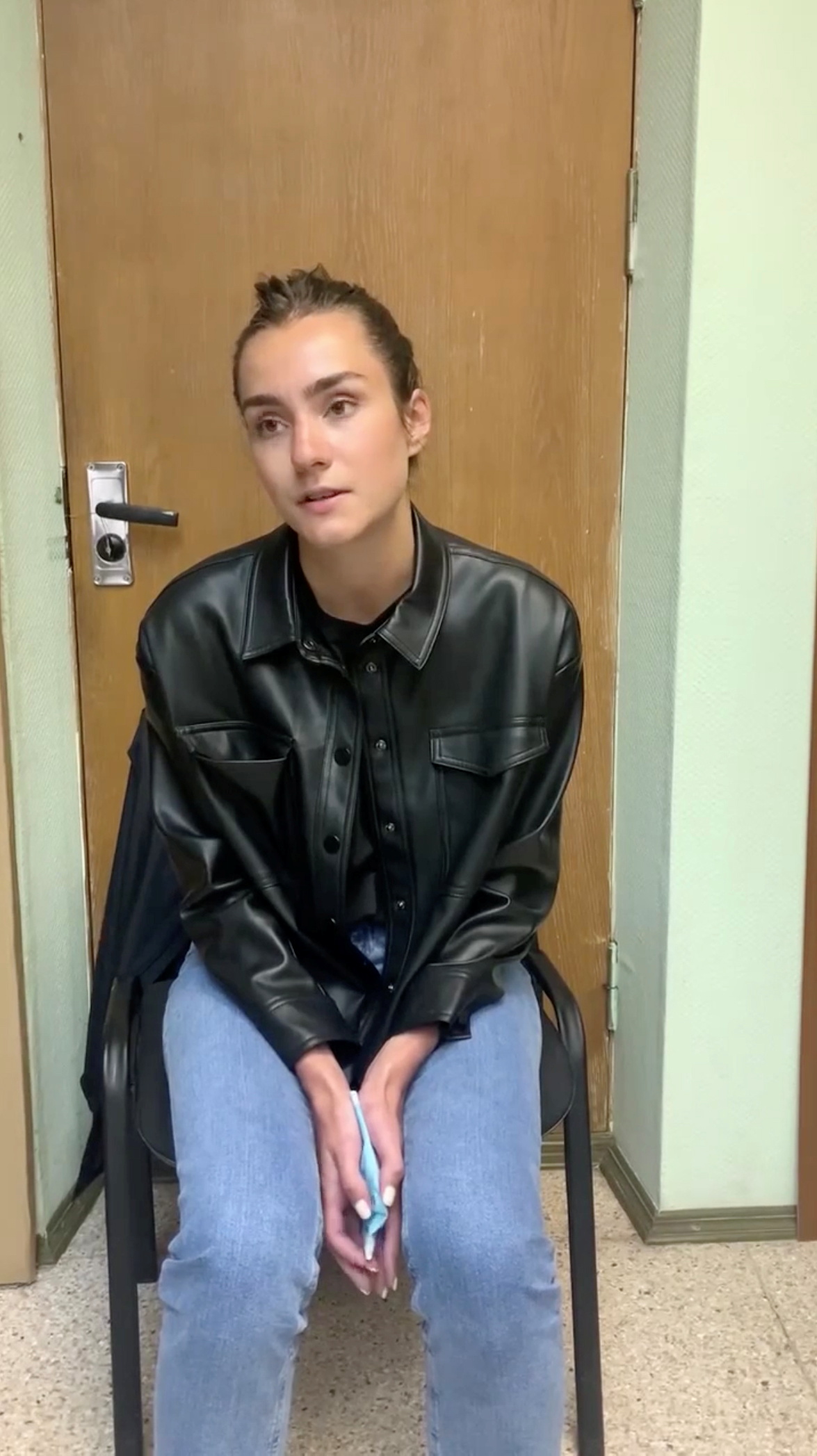 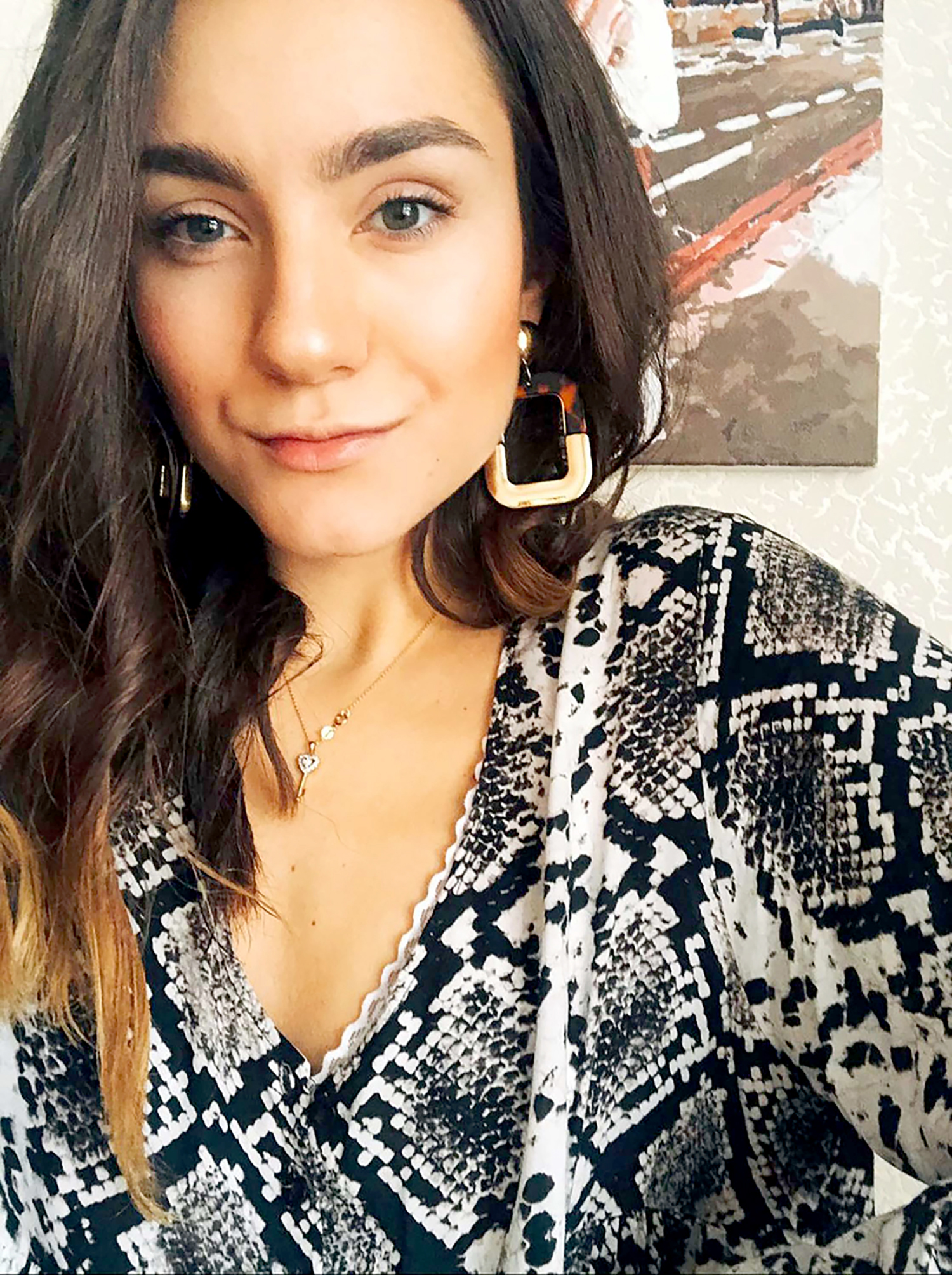 She confirmed on camera she is part of the organisation – which "publishes personal information about internal affairs officers".

Her mother said the 23-year-old's confession looked to be a “setup” amid concerns that she was tortured into saying she has committed crimes.

Friends and family believe she was given lines to recite or face retribution from the feared Belarus KGB secret service.

She has been detained for two months and is held in a KGB remand jail.

The Russian law student – whose family say has no involvement in politics – was flying from Athens to Vilnius after a holiday with boyfriend Protasevich, 26, when Belarus tyrant Alexander Lukashenko forced down their Ryanair plane and detained the pair.

It comes after her parents begged Russian leader Vladimir Putin to intervene to save their daughter, who has been locked up in a notorious detention centre in Minsk. 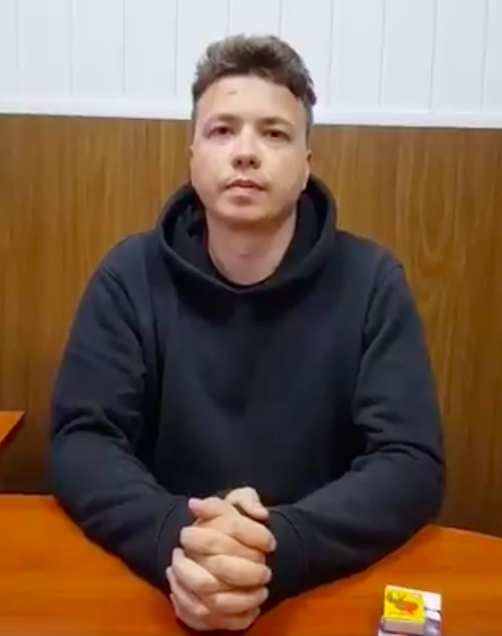 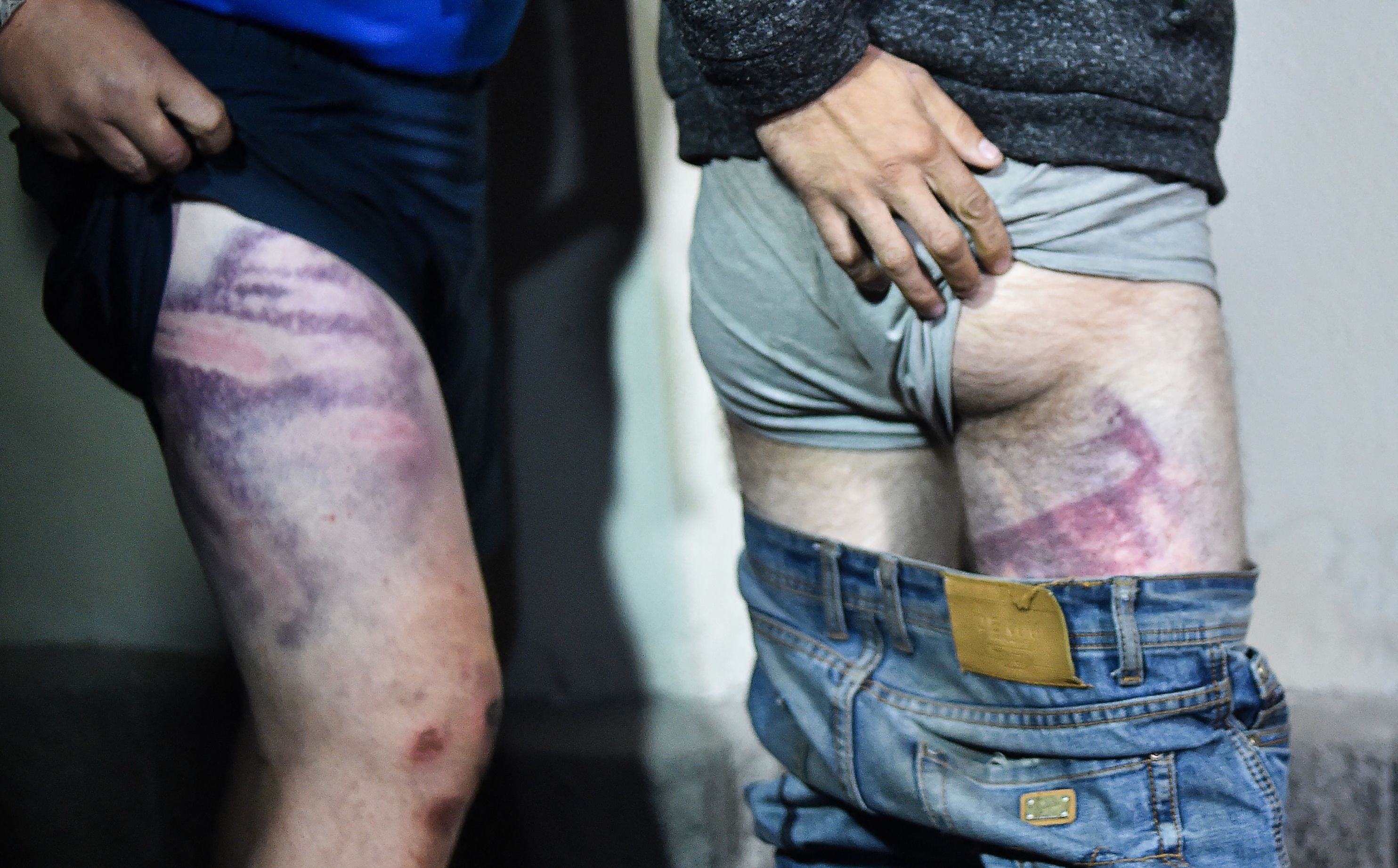 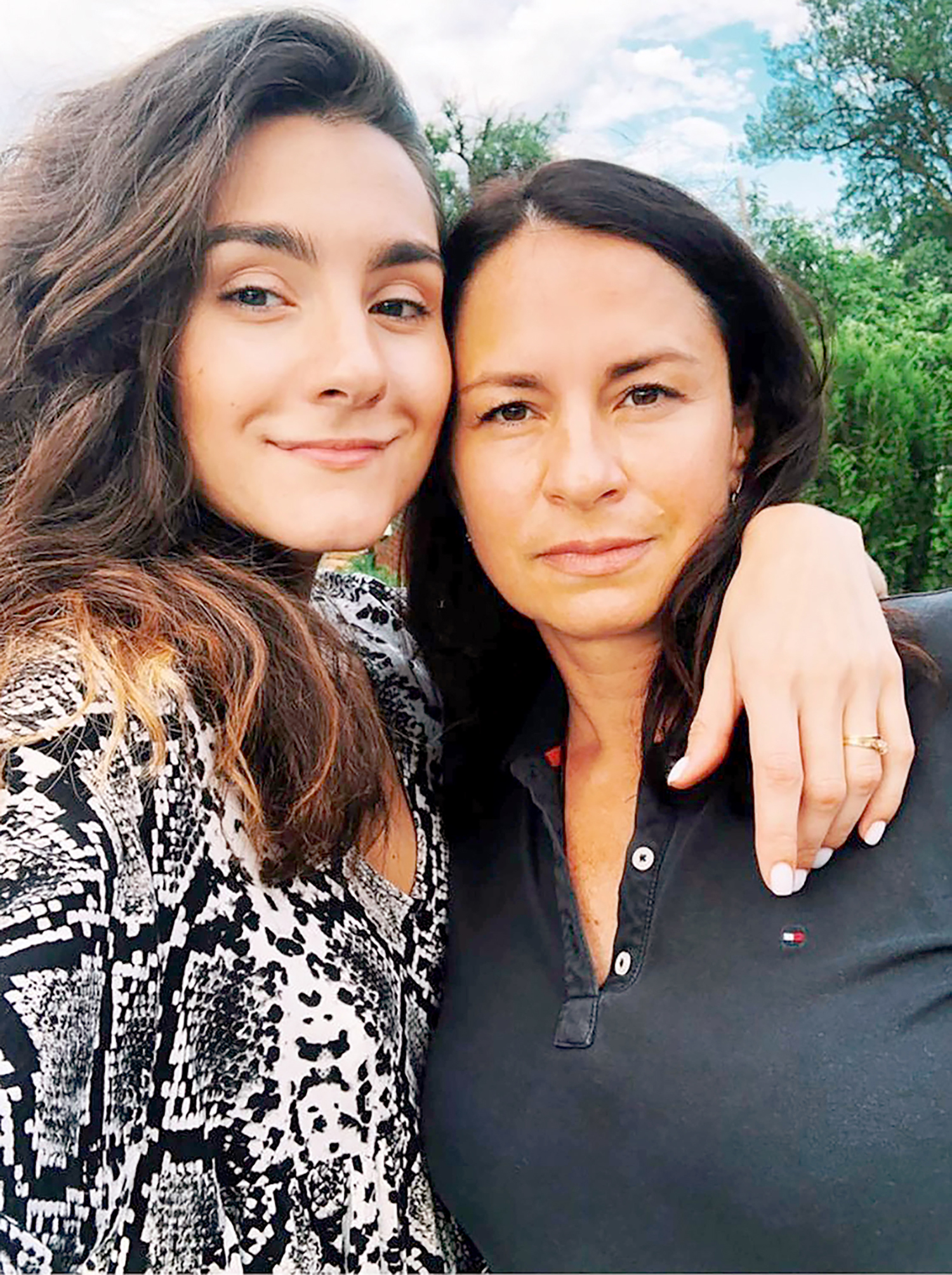 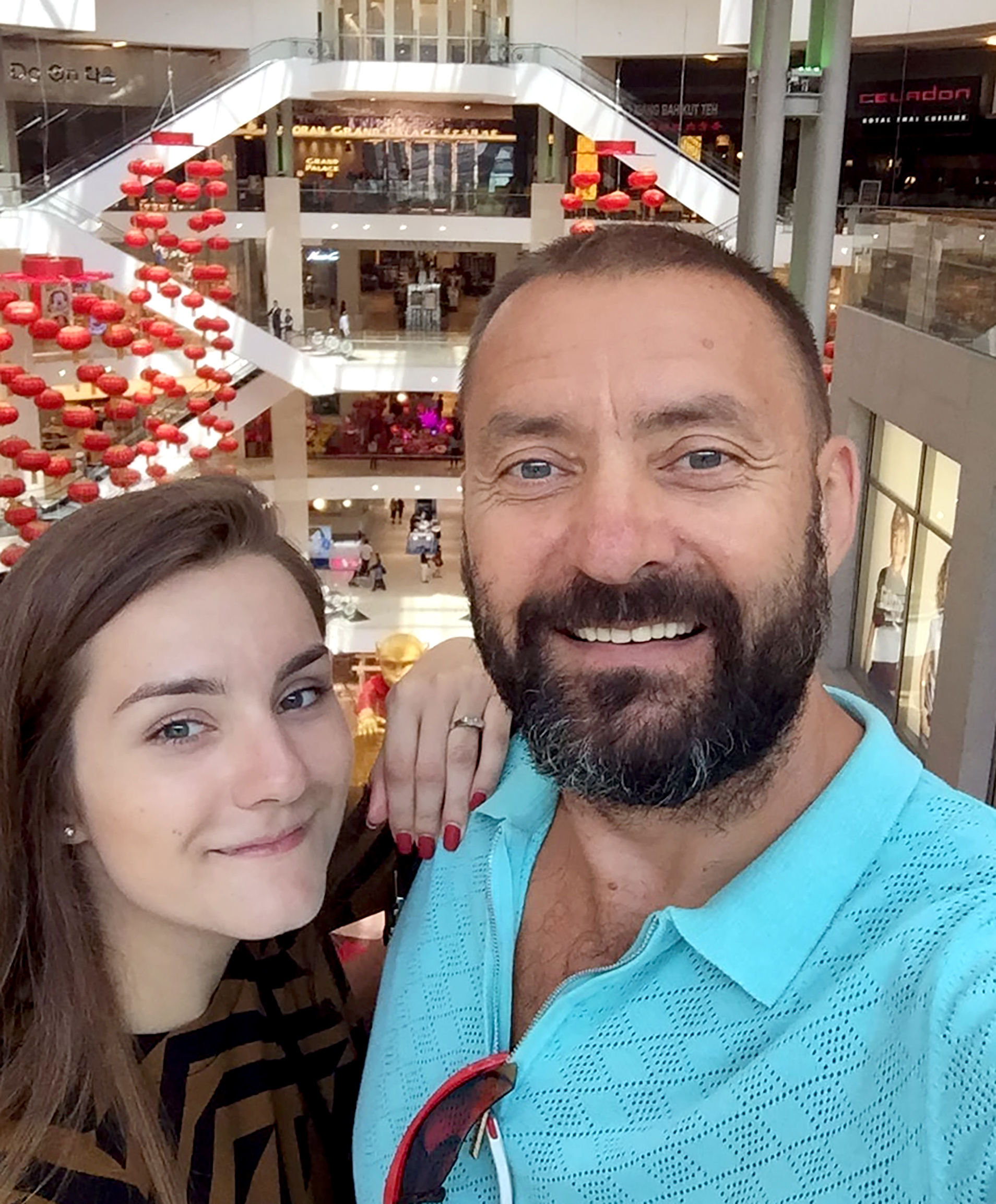 The worried parents fear she has been caught up in the Belarusian President’s vendetta against her activist boyfriend and she could can be compromised with “false allegations”.

“I know that the place where she is held now sadly has a really poor reputation, with accounts of a certain kind about what goes on there,” said her dad, Andrey Sapega, referring to claims of torture by police and KGB on inmates.

“However strong she is, the guys now dealing with the destiny of my daughter, they can break anyone."

A Russian embassy consular official met Sofia on Tuesday, with a spokesperson saying: "Our staffer has just wrapped up his meeting with Sofia.

“According to initial information we had received from him, I can say that she is feeling fine.” 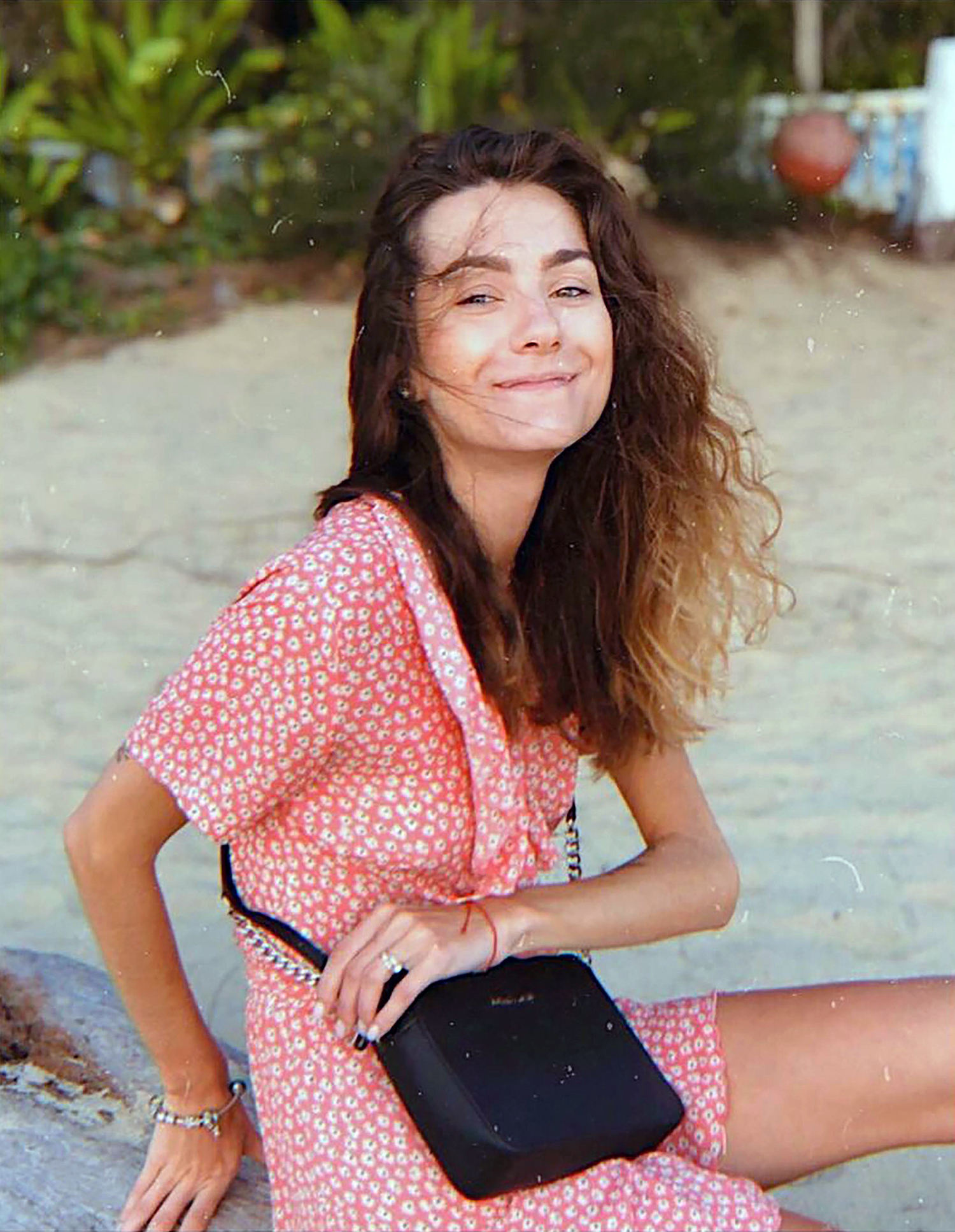 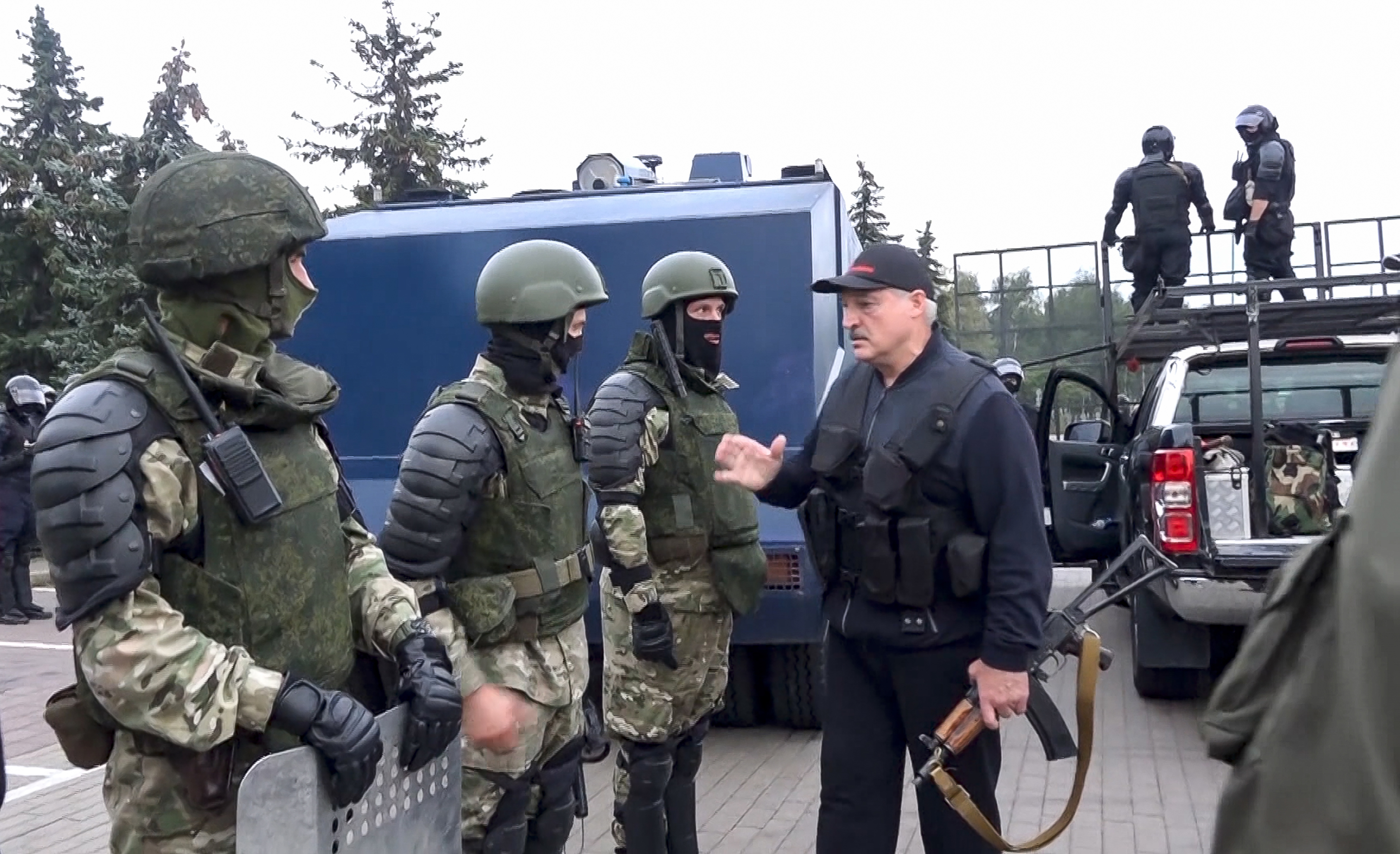 Last August freed detainees who were arrested for protesting against Lukashenko gave details of beatings during days in custody with Amnesty International calling it "widespread torture."

Human Rights Watch reported on victims' claims of beatings, electric shocks and in one case, rape, in Lukashenko's torture chambers.

The prisoners had serious injuries including broken bones, skin wounds, cracked teeth, electrical burns and mild traumatic brain injuries. Some of the prisons had kidney damage.

Her dad said: “I am very, very concerned for Sofia. Why do the Belorussian authorities need her now?  As a way of putting pressure on Roman? I don’t know, but it’s quite likely.”

The businessman and his ex-wife Anna Dudich, who lives in Belarus, have been unable to reach her, as has a lawyer they have appointed.

Sofia's mum Anna has written to Putin to call on him to intervene and to the Russian foreign ministry.

“I sent a letter to the President of Russia’s administration asking for help. I don’t know the efficiency of these letters but I have no other options,” she said.

Putin’s spokesman said today that he hoped Sofia would be freed “after all the necessary legal procedures are completed”, but the Minsk authorities hinted at charges relating to involvement in the protests last summer.

“I hope our authorities will clear up the situation and I actually demand not to ruin the life of my daughter, as it is the demolition of my child’s life,” said Anna. 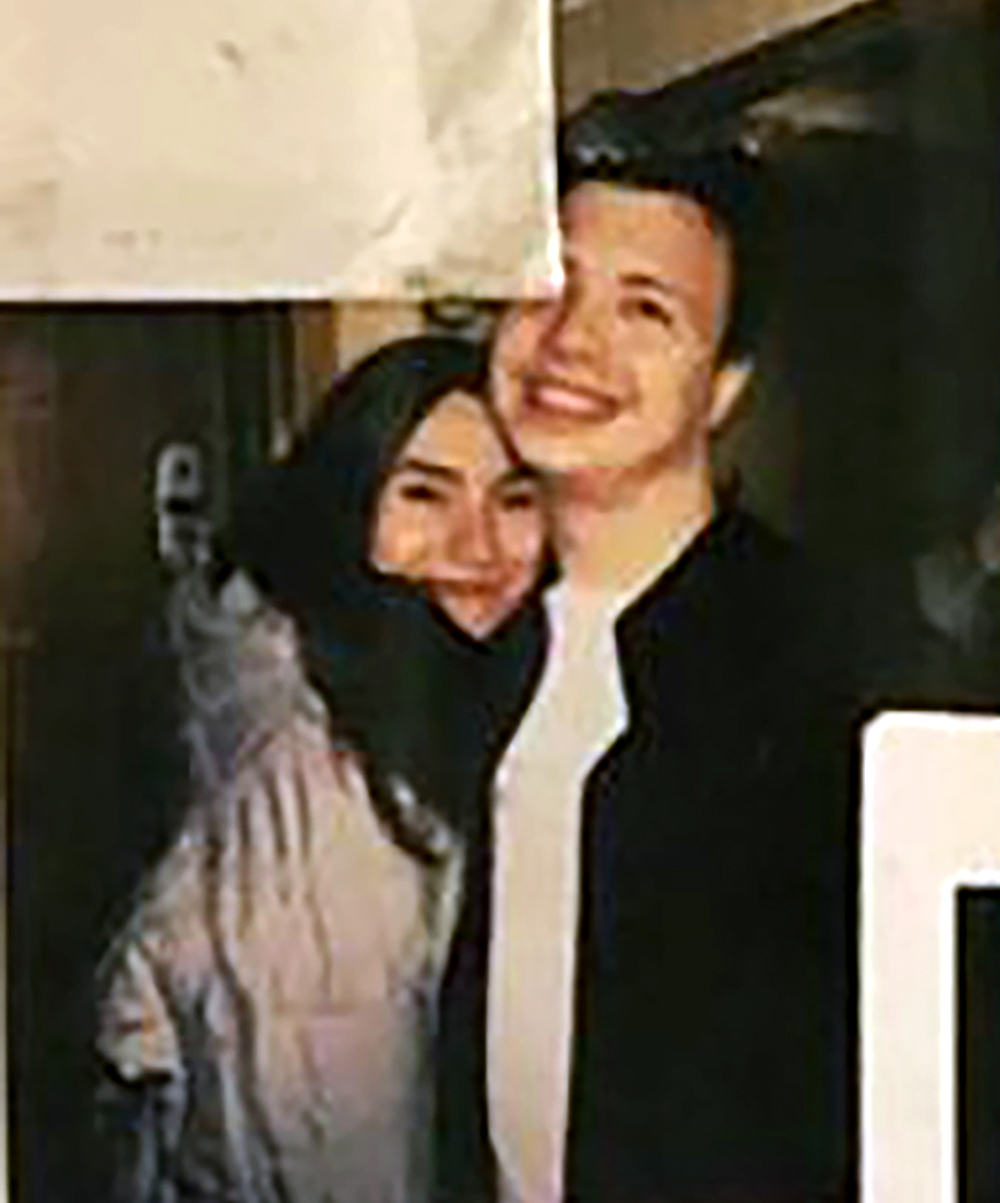 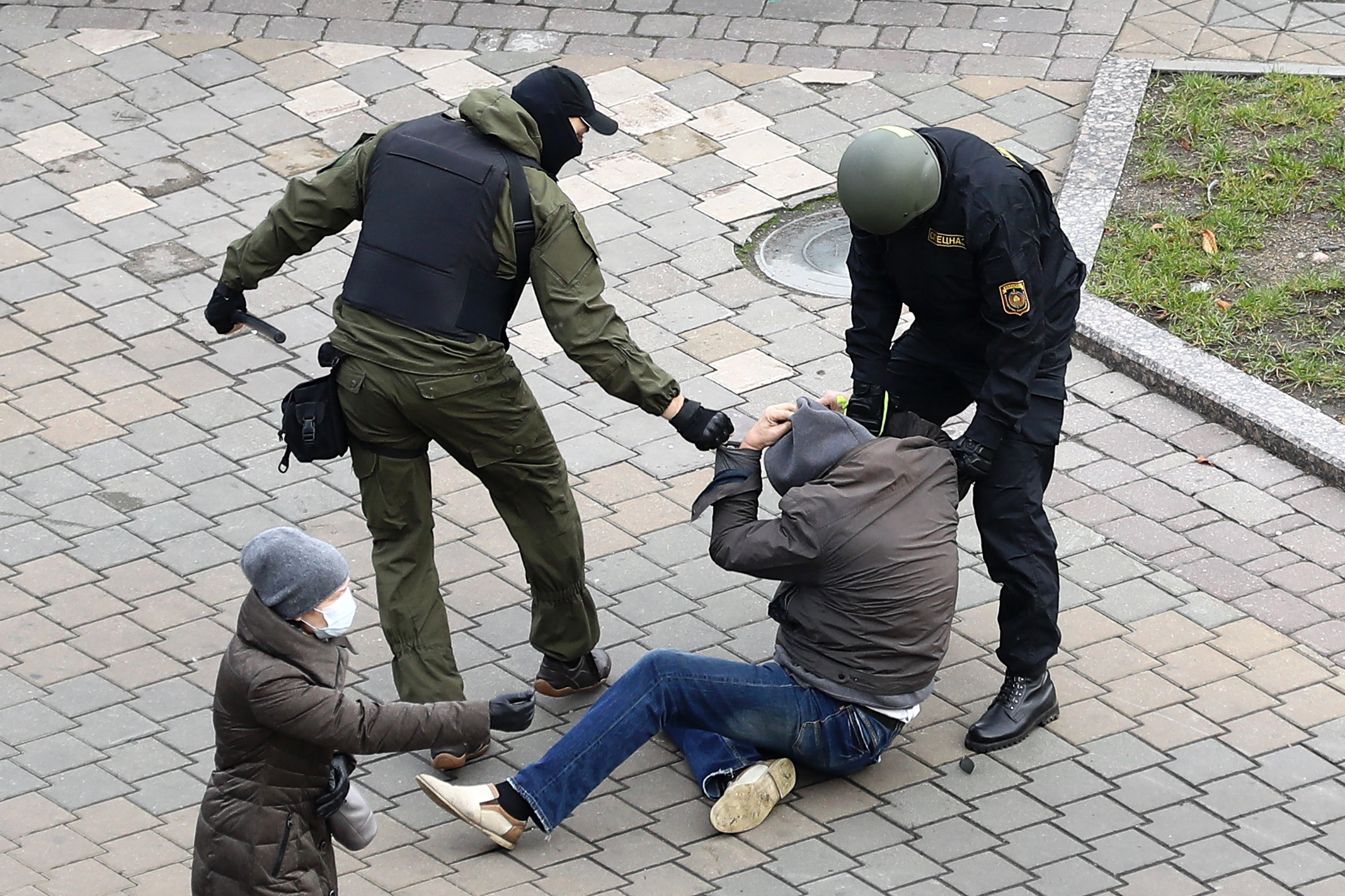 The Belarus authorities said today that she had been detained for 72 hours due to suspicions of crimes in August and September 2020 when protests were rampant against Lukashenko.

A decision will be made on any charges within three days.

On Monday Protasevich appeared on state TV saying he is in good health and acknowledging having played a role in organising mass disturbances last year.

He said on Monday: "I am in Detention Centre No1 in Minsk. I can say that I have no health problems, including with my heart or any other organs.

"The attitude of employees towards me is as correct as possible and according to the law. I continue cooperating with investigators and am confessing to having organised mass unrest in the city of Minsk."

The comments were immediately dismissed by his allies as made under duress, adding that he was almost certainly being tortured.

"This is how Raman looks under physical and moral pressure. I demand the immediate release of Raman and all political prisoners," a leader of Belarusian opposition, Sviatlana Tsikhanouskaya, wrote on Twitter.

In the video he appeared to have a small black spot on his forehead.

An hour after the footage appeared online European Union leaders agreed to impose sanctions on Belarus.

Meeting in Brussels, the 27 national leaders of the bloc demanded an immediate release of Protasevich and his girlfriend Sofia as well as an investigation by the International Organization for Civilian Aviation into the incident on Sunday.