A ROBOT dog is being used to enforce social distancing across parks in Singapore during the coronavirus lockdown. 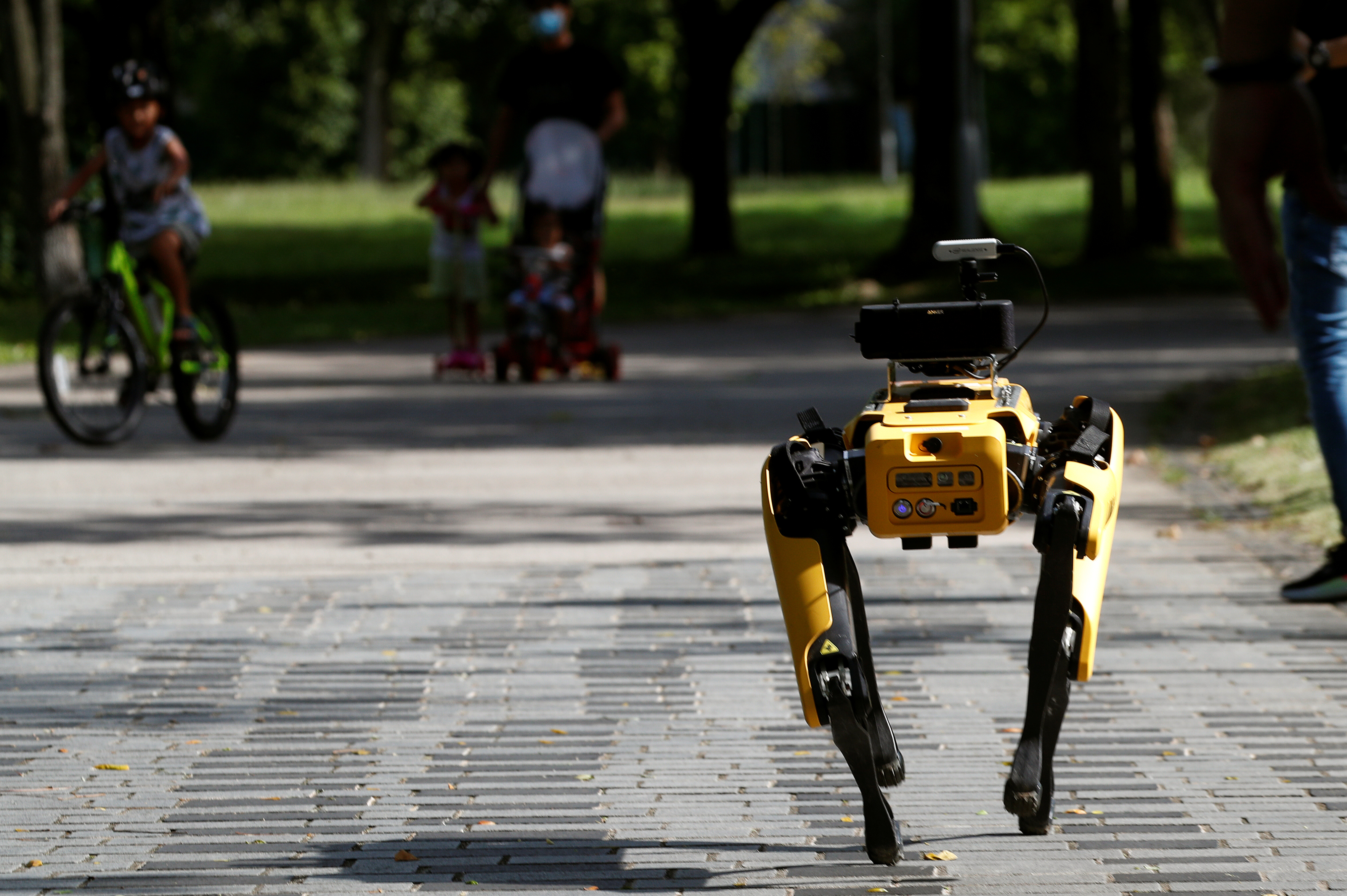 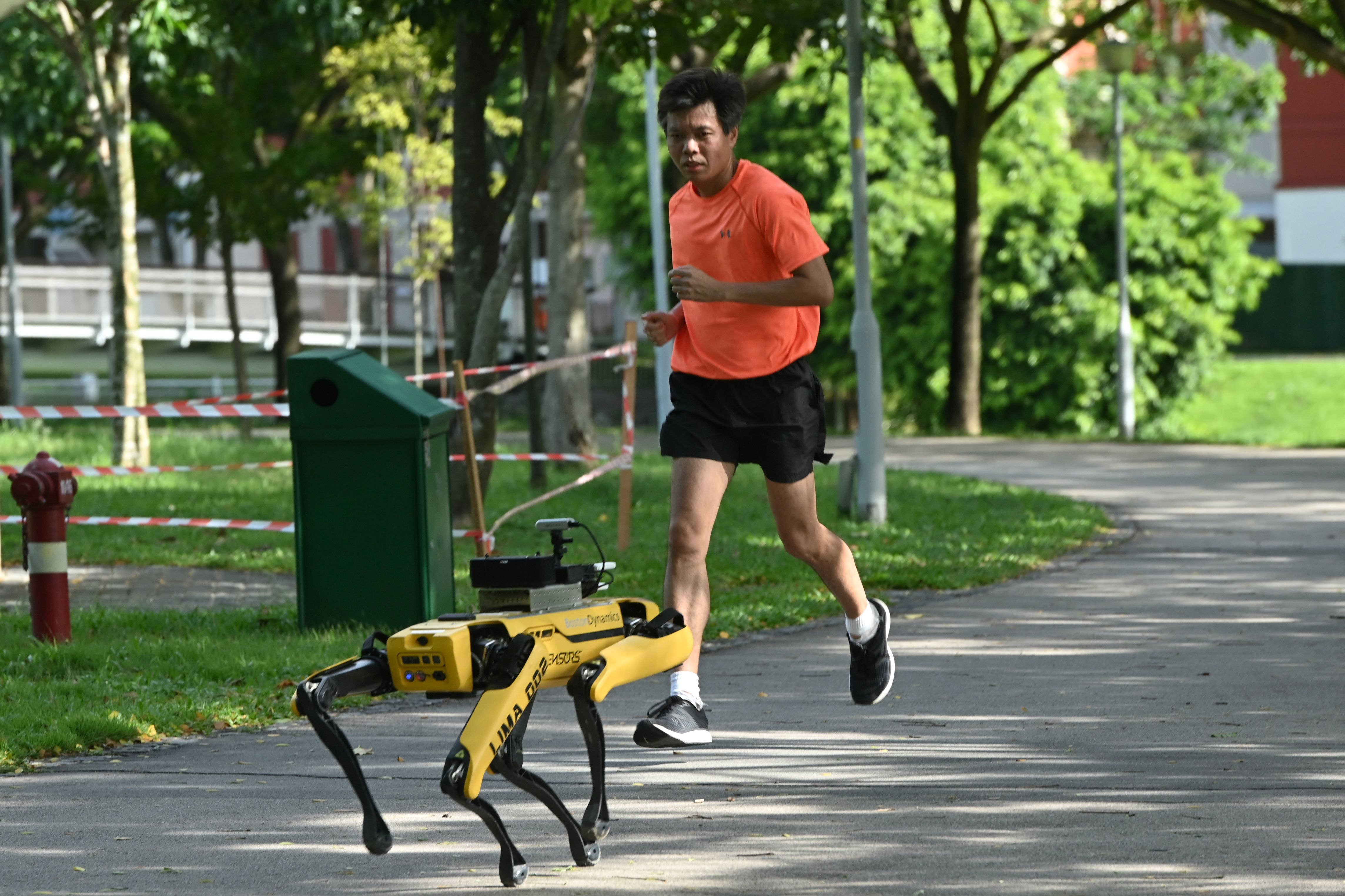 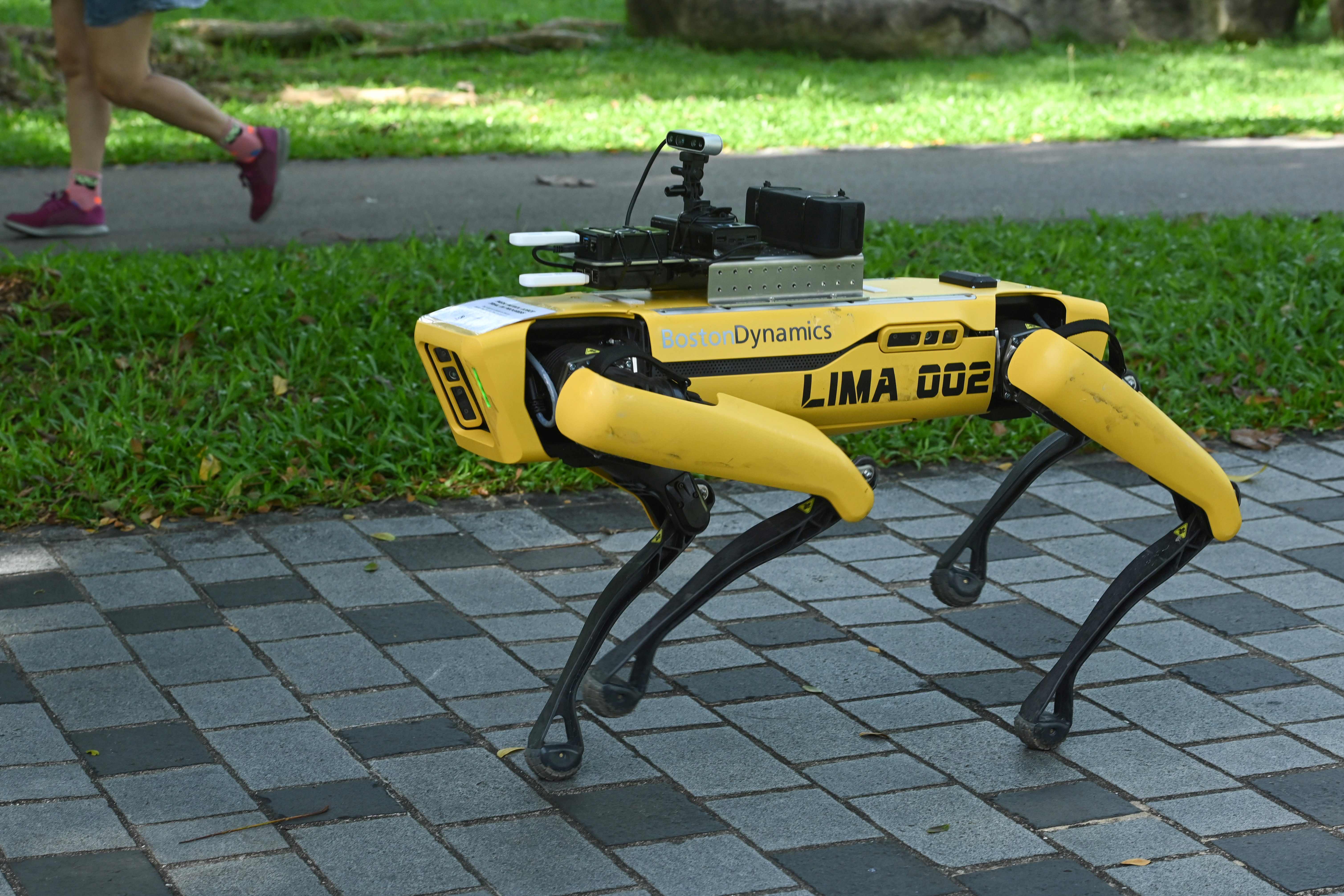 The robodog, built by Boston Dynamics and enlisted by Singapore authorities to help curb coronavirus infections, was first deployed in a central park on Friday.

It's part of a two-week trial that could see the robotic contraption join other robots policing Singapore's green spaces during a nationwide lockdown.

"Let's keep Singapore healthy," the yellow and black robodog named SPOT says in English as it roams around.

"For your own safety and for those around you, please stand at least one metre apart. Thank you," it adds, in a softly-spoken female voice.

As well as broadcasting messages reminding visitors of social distancing measures, SPOT is fitted with cameras and analytics tools to estimate the number of people congregating in the park.

Authorities said the cameras would not be able to track individuals or record personal data.

But some haven't been as impressed by the new robotic measures.

American investigative journalist Glenn Greenwald tweeted: "One of the creepiest and most dystopian things I've seen since the pandemic began: a terrifying camera-equipped remote-controlled robot."

Others described the contraption as "frightening" and "creepy".

One of the creepiest and most dystopian things I've seen…

Another man praised the creativity of the idea, saying: "Innovation at its best!"

Breaches of Singapore's strict lockdown rules can result in hefty fines and even jail.

The city-state of 5.7 million people has more than 22,000 cases of coronavirus and 20 reported deaths.

A lockdown is in place until June 1 and dictates that residents can only leave their homes for essential trips like grocery shopping and must wear a mask at all times in public.

Exercise outdoors is permissible but must be done alone.

Another robot, in the shape of a small car, has been deployed at a nearby reservoir to warn visitors "not to loiter" and that "gatherings are not allowed".

The authorities behind the latest trial – the government technology and cyber security agencies – said in a statement that SPOT could better cross rough terrain in parks and gardens.

SPOT has also recently been trialled for use at a temporary hospital delivering medicines to patients.

Last year the US police bomb squad even deployed the bots during live incidents.

Massachusetts State Police used the robot dogs alongside some of its officers as a "mobile remote observation device" to monitor suspicious activity. 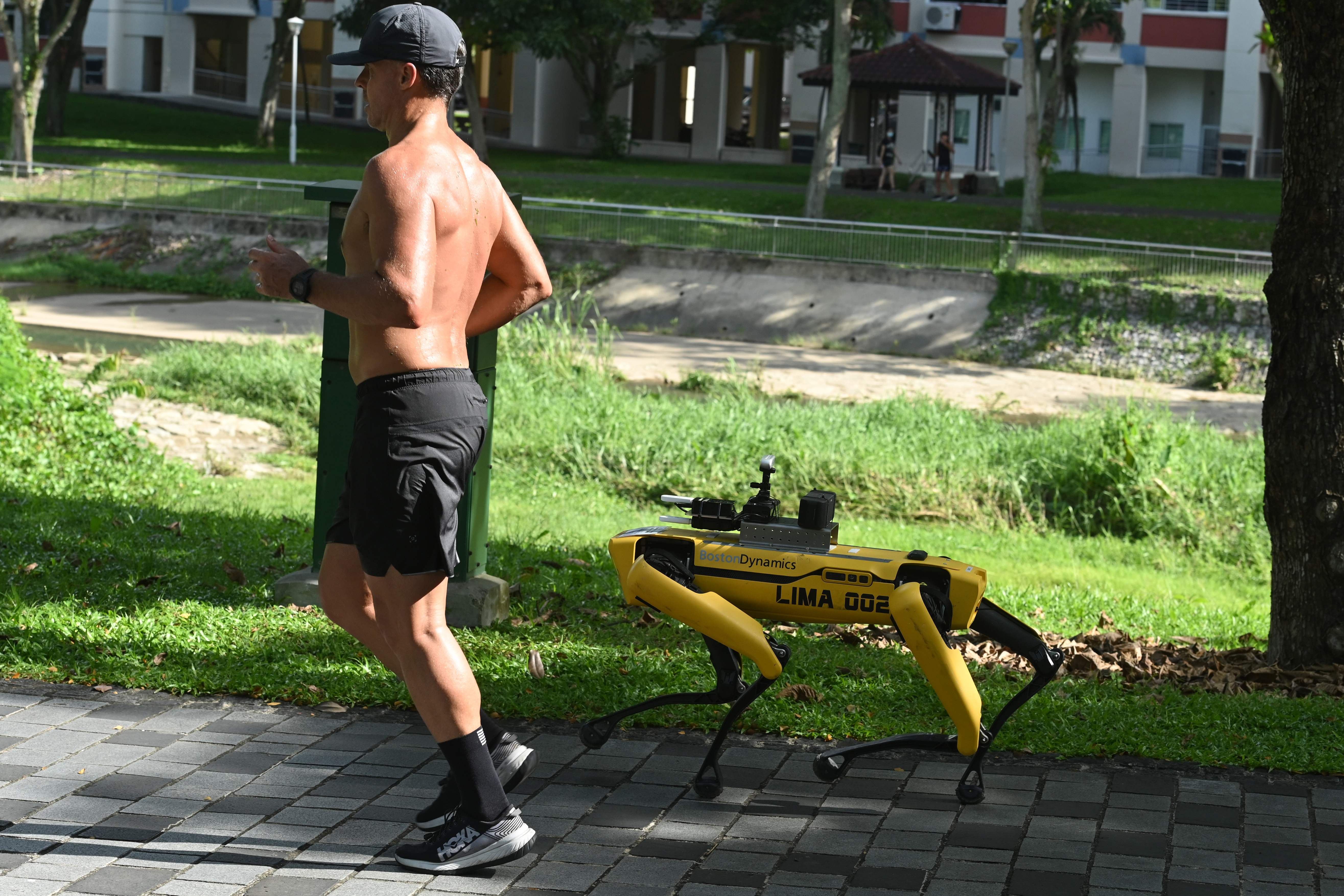 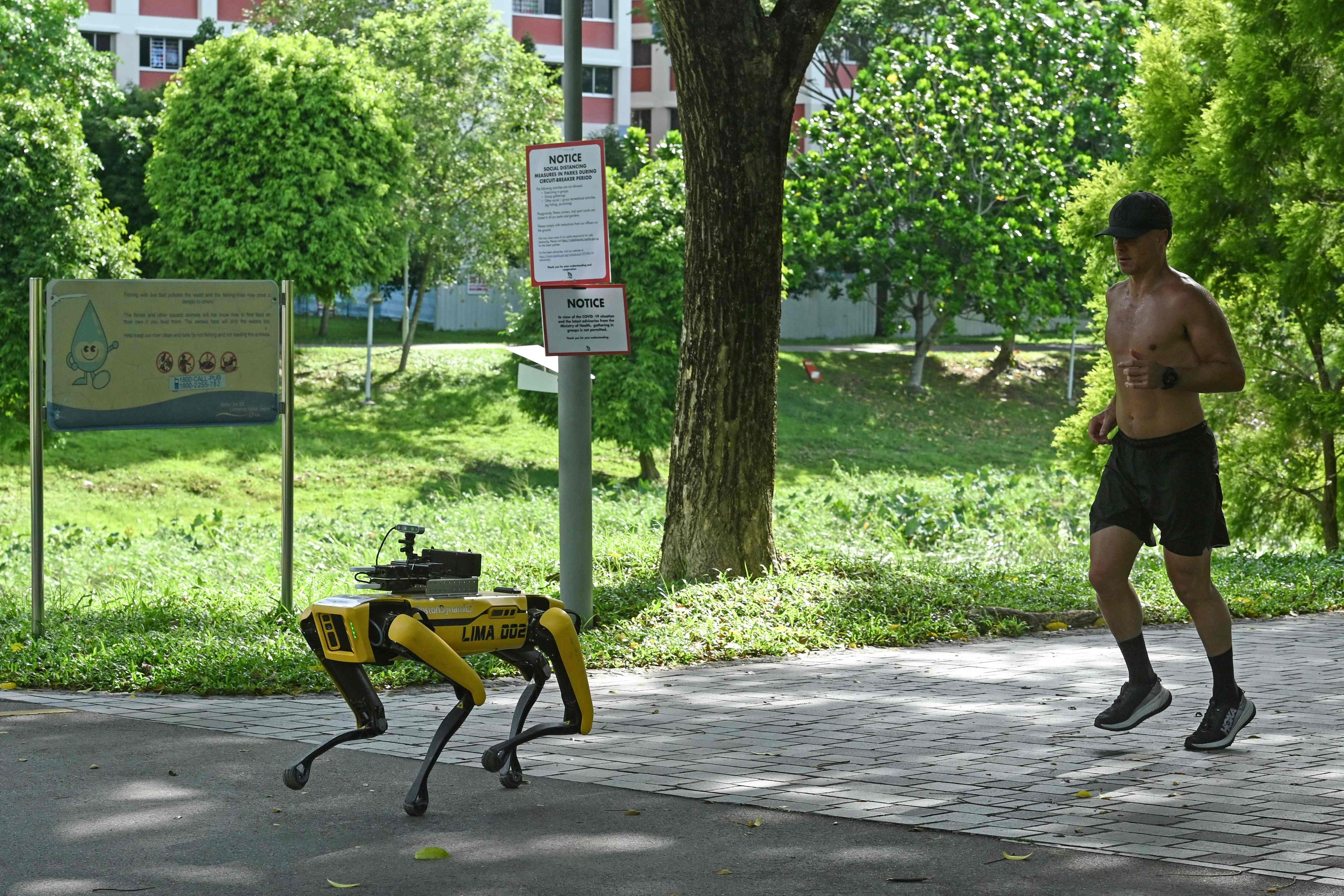 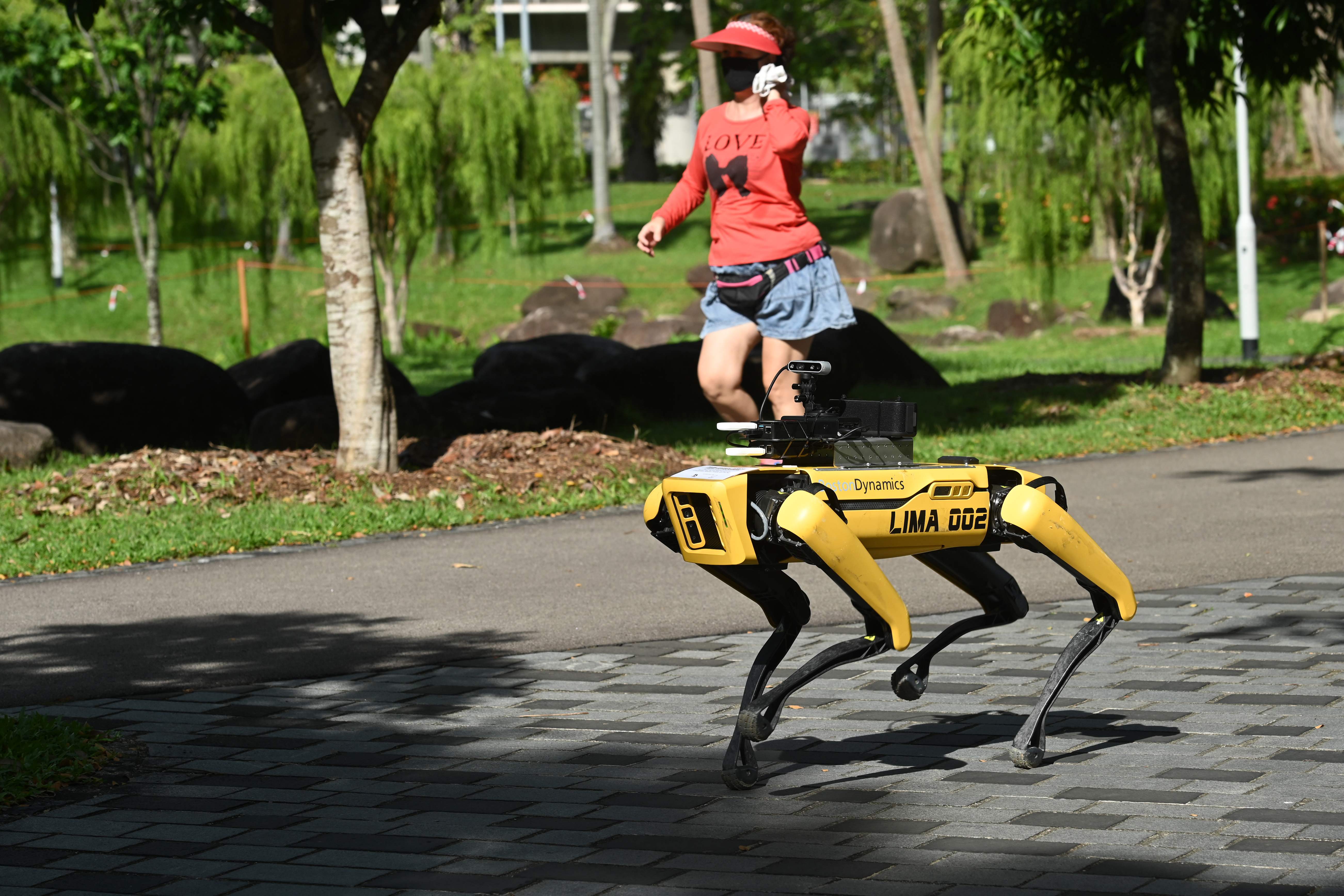