Rishi Sunak is weighing up a VAT cut and cash boost for ailing pubs and restaurants suffering from the spread of Omicron after jetting back to the UK from a ‘long planned’ California break.

The Chancellor is under fire from hospitality firms having only just returned from the ‘work trip’ to the US to meet tech bosses, despite the Omicron variant spreading rapidly across the UK and leaving pubs and restaurants dealing with plummeting demand.

It saw Mr Sunak dubbed ‘California Chancellor’ as pictures from the UK’s major cities showed only a handful of revellers enjoying festive nights out on what was supposed to be one of the busiest nights of the year – so-called Black Eye Friday.

Boris Johnson advised the nation to be cautious over the festive period earlier this week, while Professor Chris Whitty’s call for people to limit their socialising has caused a wave of hospitality cancellations.

However, Mr Sunak returned to the UK to hold virtual talks with officials and the Prime Minister yesterday over details of a potential new bailout package following a meeting with hospitality industry leaders on Friday. 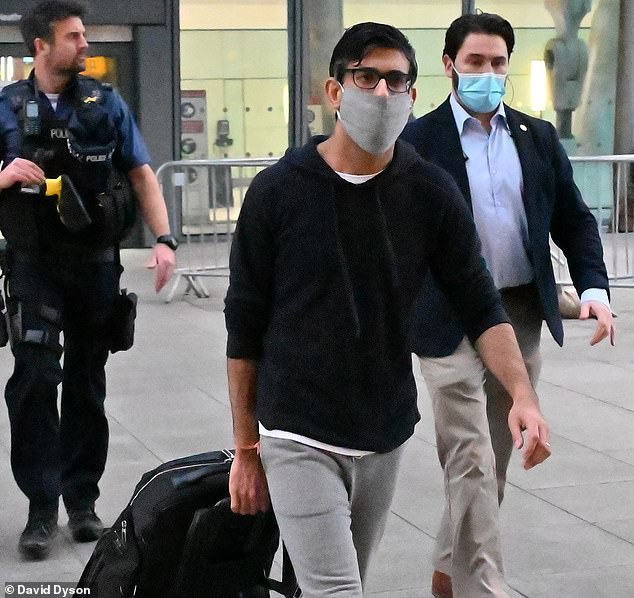 The Treasury is trying to ‘build up a precise picture about crunch points’ for businesses to establish what is required from the Government, a source told The Sunday Telegraph.

It comes following a report from the Conservative Party’s think tank warning Government bailouts have ‘fostered a sense of entitlement’ and left an ‘uphill task to restore expectations’.

Pubs ‘lost all their Christmas bookings virtually overnight’ in the wake of Government guidance to work from home due to the rising threat of Omicron.

Wetherspoon boss Tim Martin also lashed out at ministers for pursuing ‘lockdown by stealth’, with pubs saying the new guidance had persuaded many punters that it was not worth going ahead with their festive gatherings.

One London hotel told MailOnline it was expecting £100,000 worth of losses from cancelled events, rooms and covers – and said many staff were fearing for their jobs given the extent the industry relies on a lucrative Christmas period.

The Chancellor and the Chief Secretary to the Treasury, Simon Clarke, held calls with hospitality chiefs earlier this week.

Downing Street said some of the companies and organisations who took part were Prezzo, Black Sheep Brewery, Nando’s, Greene King, Whitbread, Adnams, the Confederation of British Industry (CBI), the Federation of Small Businesses, British Chambers of Commerce, the Federation of Wholesale Distributors and UK Hospitality.

They have called for a fresh support package, similar to those deliver earlier in the pandemic, in order to stay afloat.

However, a Government source told The Times it is ‘not in the same position financially’ and would have to be ‘incredible precise’ about the allocation of funding. 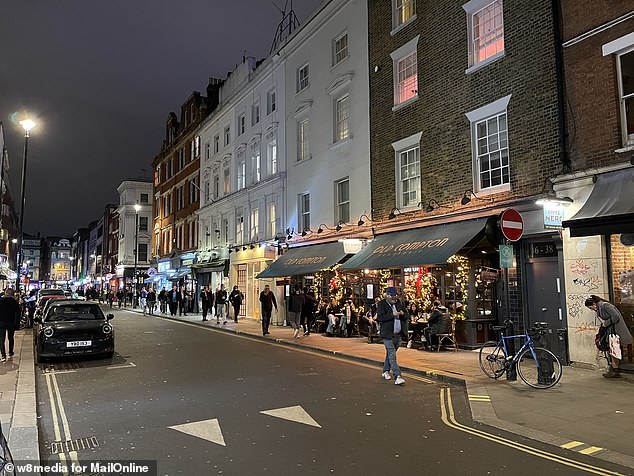 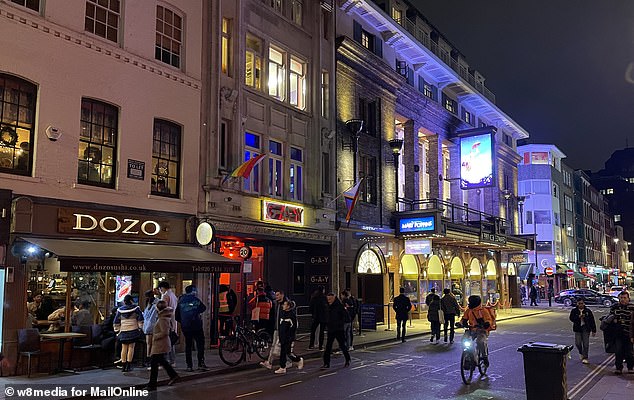 Industry experts fear the Government’s increasingly alarmist messages surrounding the Omicron mutant strain are affecting customer confidence over what should be a peak period for pubs, bars and restaurants. Pictured: A quiet Soho on Friday

Some industry bodies have pushed for an increase in cash grants to mitigate against the losses businesses are expected to suffer over a normally busy festive period.

Others are understood to have urged Mr Sunak to revive the emergency rate of five per cent VAT for hospitality and tourism firms and to reinstate the 100 per cent business rates relief for retail companies.

Mr Sunak is said to be considering options including the fresh emergency VAT cut and additional cash boosts.

The Chancellor is also considering what further help may be required if further restrictions are introduced.

Professor Whitty warned at a Downing Street briefing earlier this week that more Covid records were going to be broken by the ultra-infectious Omicron variant.

He said people need to ‘prioritise’ who they meet in the run up to Christmas or risk catching the virus and spending the festive period alone.

Amid a rebellion from Tory MPs, the Prime Minister has ignored scientists’ pleas for a last-ditch Christmas lockdown to quell the spread of Omicron, with ministers said to be mulling over fresh curbs after Boxing Day.

Professor Whitty and Sir Patrick Vallance, chief scientific advisor, were among scientists who called on the Prime Minister to halt the indoor mixing of separate households ‘very soon’ and discussed the prospect of a two week circuit breaker-style ban.

A report by the Conservative Policy Forum, though, called on ministers to ‘work towards a smaller Government with fewer laws and regulations’ – increasing pressure on Mr Johnson and Mr Sunak to resist handing out funding similar to the furlough scheme for businesses and workers.