A reconstruction has shown that the passengers of Malaysia Airlines flight MH17 had enough time to put on their oxygen masks before the aircraft hit the ground.

Flight MH17 was shot down over eastern Ukraine on July 17, 2014 by a BUK missile while on its way to Kuala Lumpar from Amsterdam.

298 people, including 80 children, were killed when the Boeing 777 was shot down. 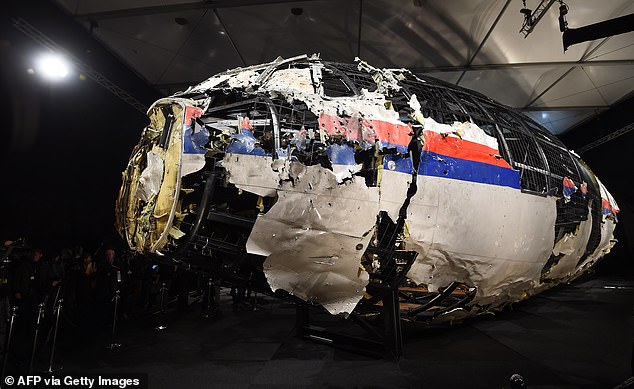 A reconstruction has shown that some passengers of Malaysia Airlines flight MH17, which was shot down over eastern Ukraine in 2014, had time to put their oxygen masks on

Now, investigators, who have rebuilt the front end of flight MH17 from nearly 8,000 fragments, believe that some passengers had enough time to put on their oxygen masks between the missile exploding and the aircraft hitting the ground.

60 Minutes reports that the reconstruction, housed in a Dutch hangar, shows that around 800 pieces of shrapnel the size of bullets were sent hurtling towards Captain Eugene Choo when the warhead detonated ten feet away.

The Dutch Safety Board says 102 holes were made in the pilot’s window as the shrapnel tore through the cockpit and through the other side, ripping the cockpit away from the rest of the plane.

Meanwhile passengers were exposed to explosive decompression and a 500-mile-an-hour wind at 40 degrees below zero, and one passenger was found wearing their oxygen mask. 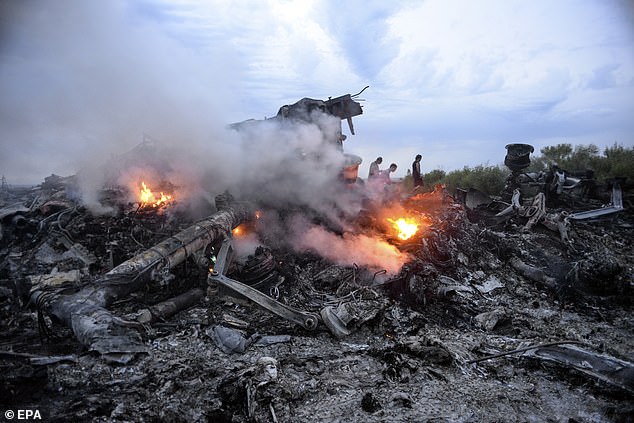 298 people, including 80 children, were killed when the Boeing 777 was shot down

The chief prosecutor investigating the tragedy Fred Westerbeke said: ‘We were able to identify, from the 298 casualties, 296. So, for two people we didn’t find any remains.’

MH17 left Schiphol Airport at 12:31pm local time before flying east over Germany and Poland. It altered its course to fly over Ukraine to avoid possible thunderstorms.

It had only been three hours into a 12-hour flight when it was shot down over Ukraine which was in the middle of a war that left more than 13,000 people dead.

In the two days before flight MH17 was shot down, two Ukrainian military planes were also shot down in the area 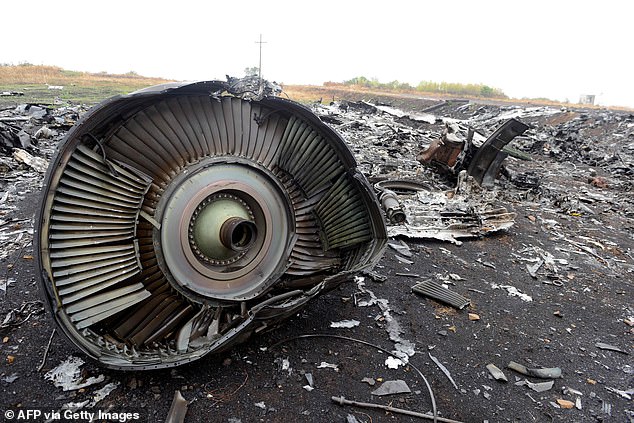 Investigators have reconstructed the front end of flight MH17 from nearly 8,000 fragments

The last words heard from the crew came at 33,000 feet when crew responded to a Ukrainian flight controller’s direction towards its next waypoint, repeating the coordinates ‘ROMEO NOVEMBER DELTA, Malaysian one seven’.

The Ukrainian tower repeated its call four times over the next two minutes, but MH17 had already disappeared from radar.

Ukraine had closed its airspace to civilian travel below 32,000ft and the Dutch Safety Board confirmed that 160 airliners had crossed above this threshold that day.

350 investigators from five countries have been involved over the last six years of work to identify what happened to MH17.

Last week the Dutch government said it would be taking Russia to the European Court of Human Rights over its alleged role in the shooting down of flight MH17.

The Dutch foreign minister Stef Blok said: ‘Achieving justice for 298 victims of the downing of Flight MH17 is and will remain the government´s highest priority.

‘By taking this step today … we are moving closer to this goal.’

Konstantin Kosachev, head of the foreign affairs committee in the upper house of Russia’s parliament, called the Dutch move ‘a strange initiative from every aspect’ in remarks carried by the Interfax news agency.

‘The investigation isn’t over yet, there have been no court verdicts on the national level yet and, finally, what does the European Court for Human Rights have to do with it?’

The lost children of Flight MH17: Youngest victims of 2014 tragedy are seen smiling in family snapshots

When Flight MH17 was shot down, 298 people lost their lives – 80 of them were children.

Their lives ended as they were heading off on holidays or returning home from breaks, when the plane was downed in July 2014.

A Malaysian family of six – including four children aged 13 to 19 – were killed as they journeyed home together.

Evie Maslin, 10, from Perth in Australia, was flying with her brothers and grandfather to get back for school 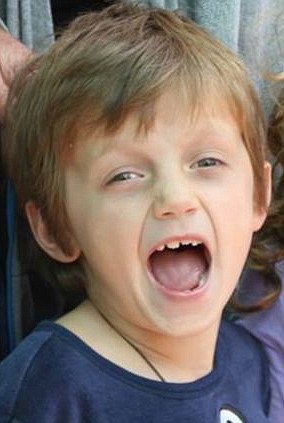 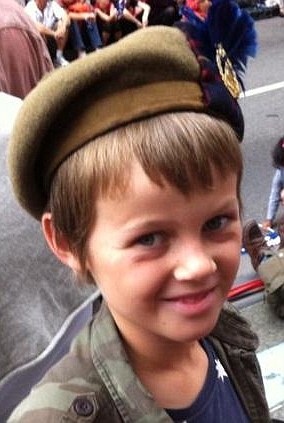 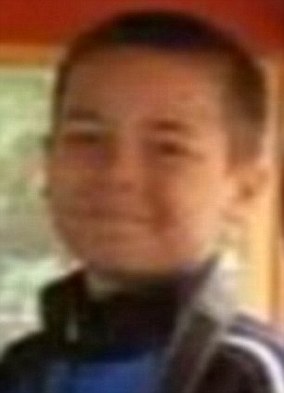 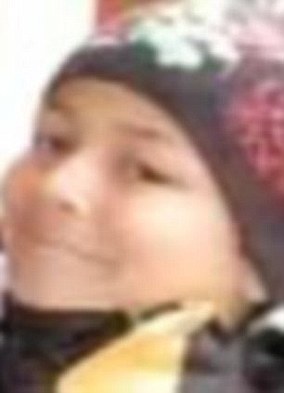 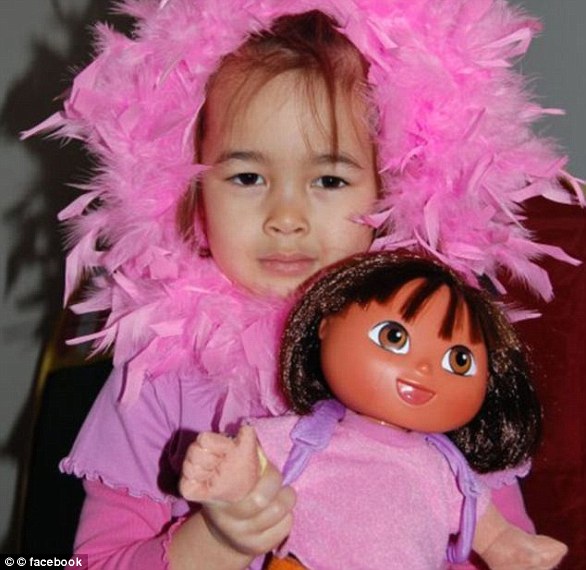 The three Maslin children from Perth; Mo, 12, Evie, ten, and Otis, eight, died with their grandfather as they were returning home after family holiday in Europe.

Their parents had decided to stay in Amsterdam for a few extra days and survived their children.

The Van Den Hende siblings Piers, 15, Marnix, 12 and Margaux, eight, were travelling back to Australia with their parents.

Also among the dead were the sons of British banker Andrew Hoare; Friso, 12, and Jasper, 15, who were heading to a holiday in  Borneo. 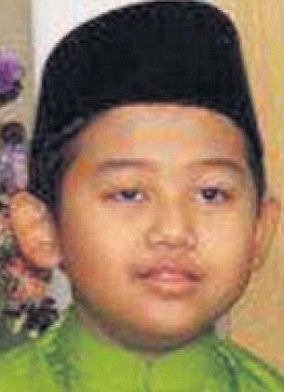 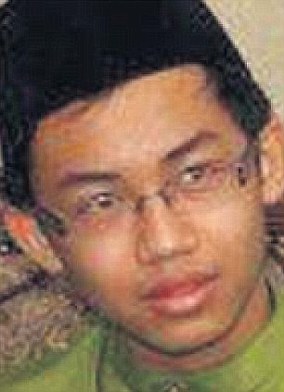 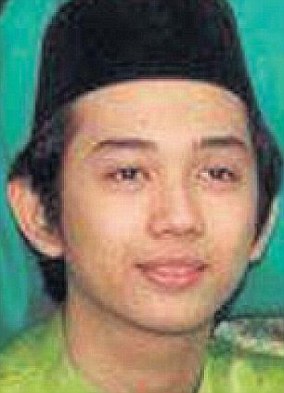 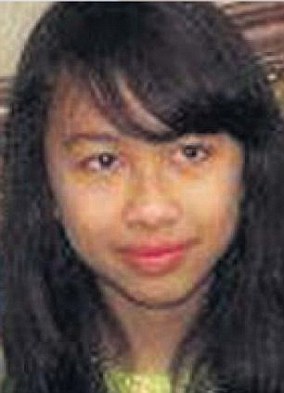 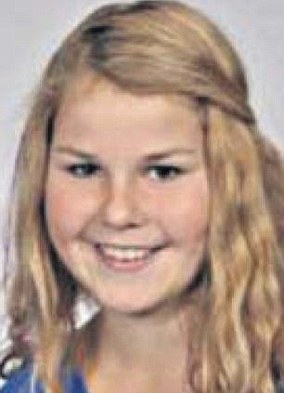 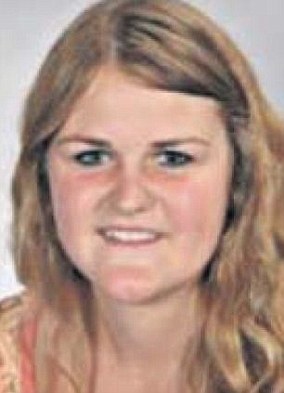 Sisters: Jinte Wals (left) and her sister Amel (right) died alongside their two brothers and parents 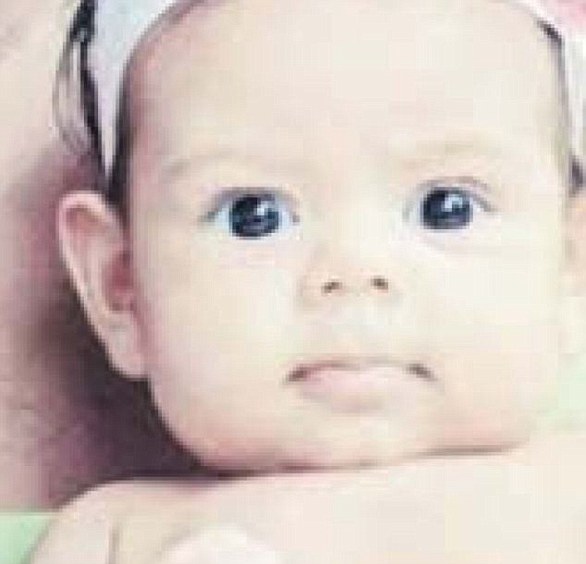 Kaela Goes, 21 months, died with her parents flying home to Malaysia after visiting relatives in Holland 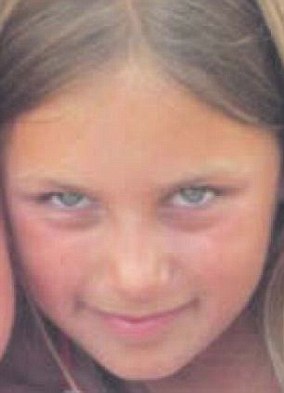 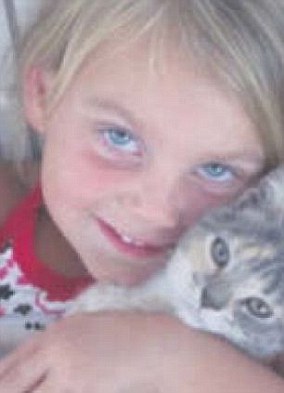 Flying out for a holiday: Dutch sisters Tess and Liv Trugg were en-route to a holiday in Bali with their parents

Another British father John Allen, 44, died with his Dutch wife Sandra and their three sons Ian, Julian and Christopher, aged eight to 16, as they travelled to Indonesia.

Three babies were among the dead, including 21-month-old Kaela Goes, killed with her parents as they flew home to Malaysia after visiting relatives in Holland.

Two families from the same street in the Netherlands were also killed.

Tess and Liv Trugg, aged ten and eight, and their neighbour Sem Wels, ten, died with their parents en route to a holiday in Bali.

Five-year-old Martin Paulissen and his sister Sri, three, died with their parents as they travelled to visit their grandmother’s grave in Indonesia.