An alleged rape victim was rescued after her attacker ‘pushed her down an 80ft mineshaft’ but she survived the fall.

The woman was saved after a walker and his two children heard her crying for help from the abandoned mineshaft and called emergency services at 5.30pm on April 22, in Norberg, Sweden.

Firefighter Lars Johansson was one of the first rescuers to arrive on the scene.

He said usually a fall from such a height ‘does not end well’. 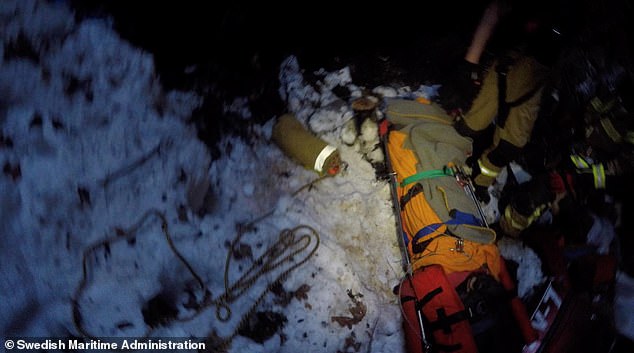 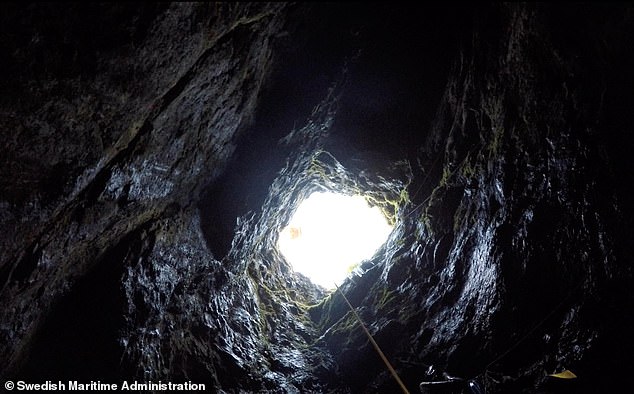 One of the first responders said she was lucky to survive the drop. Firefighter Lars Johansson said usually a fall from such a height ‘does not end well’ 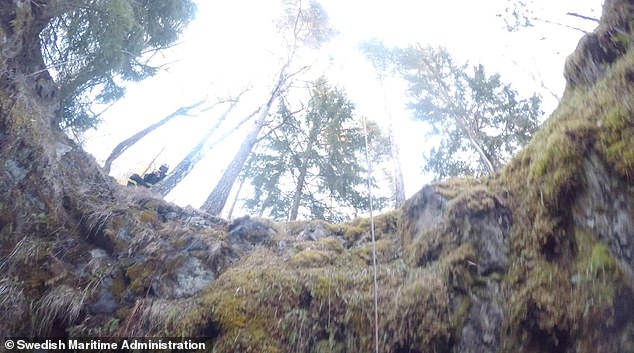 It took several hours to save the woman, who was allegedly pushed down the mineshaft after a man raped her 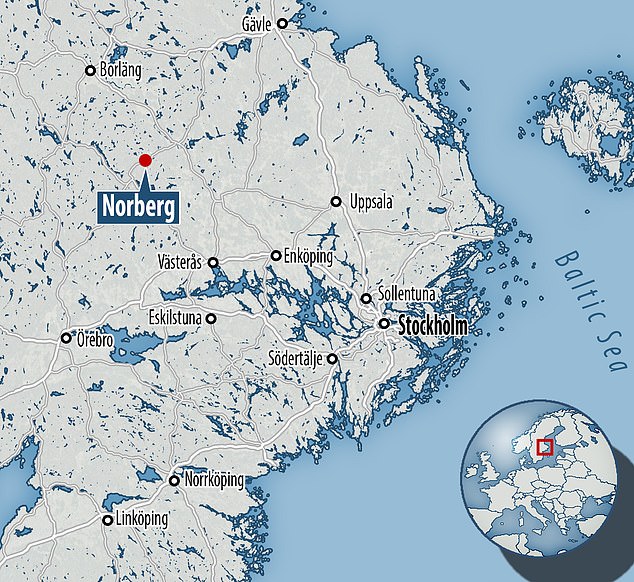 The rescue operation took place in Norberg, which is 100 miles from the Swedish capital of Stockholm

The woman was conscious but in severe pain.

‘We got alarms from a man and his two children who hear sounds from this mine hole, as if someone is shouting down there but they can’t see what it is,’ he told Aftonbladet.

‘One of our firefighters had to abseil down into the hole and then saw it was a woman lying down there, seriously injured and cold.’

‘She has been lucky, it was a little snow at the bottom of the hole that she may have landed on that may have dampened the fall but it is still at high altitude.

‘It usually does not end so well when you fall from [80ft].’ 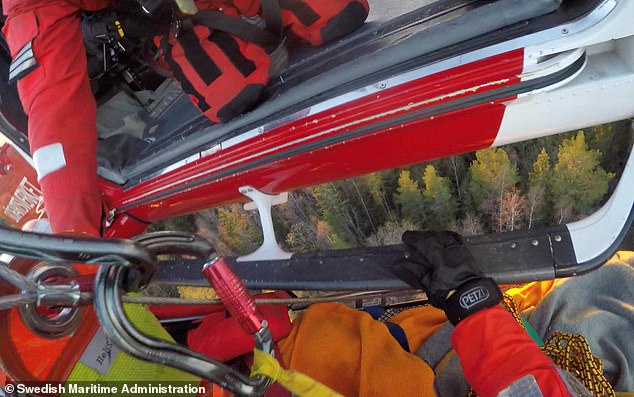 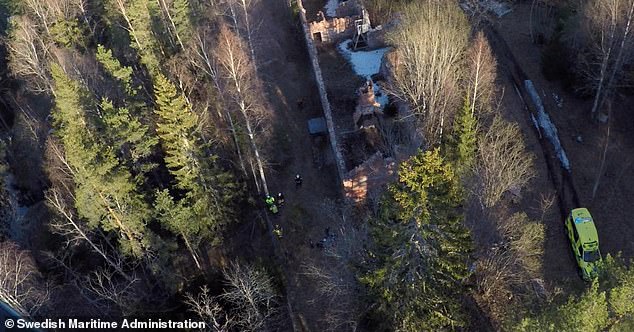 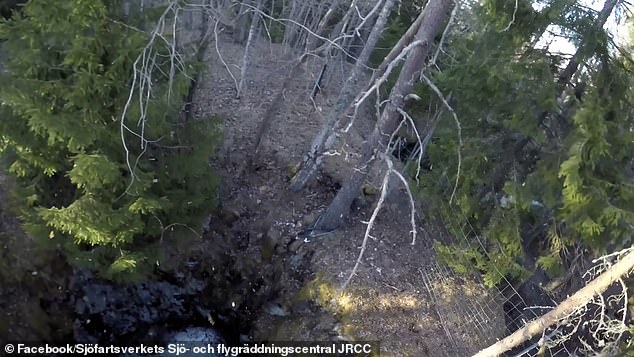 Although footage showed a wire fence around the mineshaft, which has been out of use since 1948, it has remained open and unfilled for 74 years

She was reportedly pushed down the shaft in a clearing for an old iron ore mining business in the middle of the forest that has been closed for 74 years.

Although the company’s buildings were ruined, the shaft had remained open and unfilled.

It was 82ft deep and 32ft wide, although it tapered before opening up slightly at the bottom.

It was several hours before emergency rescue teams were able to winch the woman to safety. 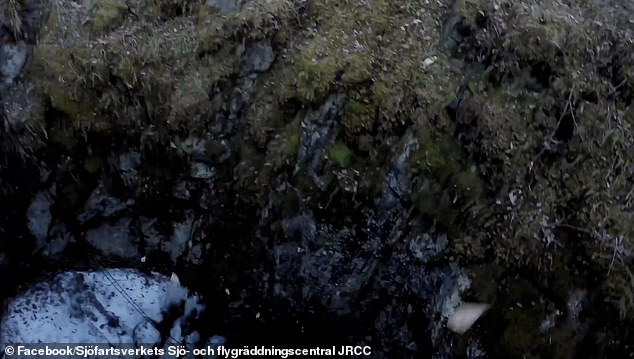 The shaft was 82ft deep and 32ft wide, although it tapered before opening up slightly at the bottom 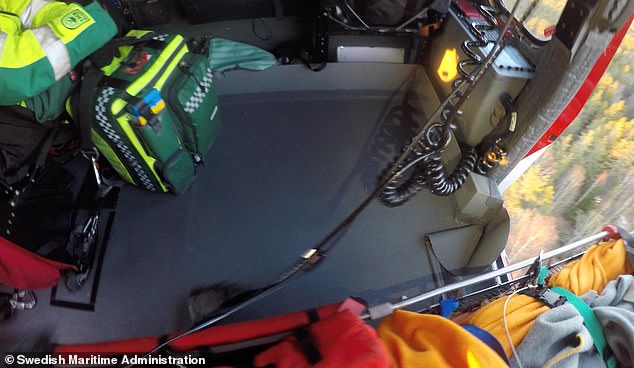 The woman was taken 50 miles north to Falu Hospital, where she was treated for her injuries

It was only when a Swedish Maritime Administration’s Naval and Air Rescue Center (JRCC) air ambulance was flown more than 130 miles from Norrtälje that a paramedic could be winched down to the injured woman.

A lifeguard with a stretcher also came down and they were able to rescue the woman.

The JRCC said: ‘The effort was a great challenge for the crew as the narrow mine hole was both deep, dark and edged by tall trees.’

The woman, who was severely cold and injured, was taken 50 miles north to Falu Hospital.