Rams fans reveling in Sunday's Super Bowl victory were ordered to clear out of downtown Los Angeles overnight as celebrations took a chaotic turn, with video posted to social media showing some jumping on vehicles while others lit fireworks in the middle of a busy street.

The area was rammed with revelers following Sunday's 23-20 victory against the Cincinnati Bengals, with fans taking over the streets as horns — and police sirens — blared.

At around 9 p.m. local time, the Los Angeles Police Department tweeted out that it had issued a dispersal order in the downtown area as some of the celebrations got out of hand.

"We ask those that are celebrating tonight, celebrate responsibly. Do not allow your actions to tarnish a great #SuperBowl win," the department said.

The crowd remained, however, with the LAPD saying it was "seeing violent and destructive behavior by large crowds in the heart of the Downtown LA area" by around 10:30 pm local time (1:30 a.m. ET). 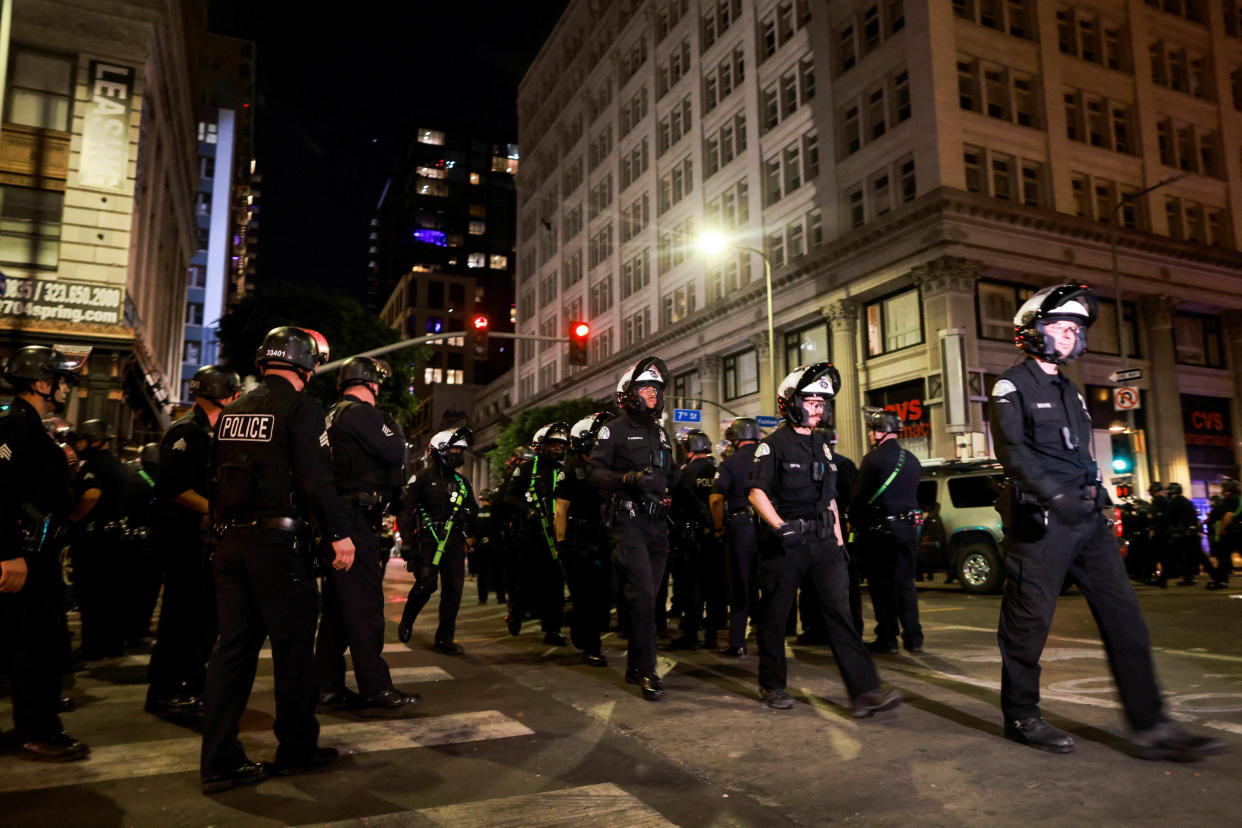 The department warned that anyone caught disobeying dispersal orders or carrying out criminal activities would be subject to arrest. It is unclear how many people, if any, were arrested in connection to the post-game chaos. The LAPD did not immediately respond to a request for comment from NBC News.

In a video posted to social media, a number of people could be seen standing on top of a bus, with at least one reveler holding up a Rams sign.

Dozens of people could also be seen blocking traffic themselves as they sang, cheered and danced in the middle of the streets, jumping on top of vehicles caught up in the mayhem.

Meanwhile, fireworks could be seen launching from the middle of a busy street, also bringing traffic to a standstill.

In a separate video posted to Twitter, a number of people could be seen running away from a jewelry store that appeared to have been broken into during the chaos.

Sunday's victory was the Rams' first Super Bowl championship as an L.A. team and its second in franchise history.