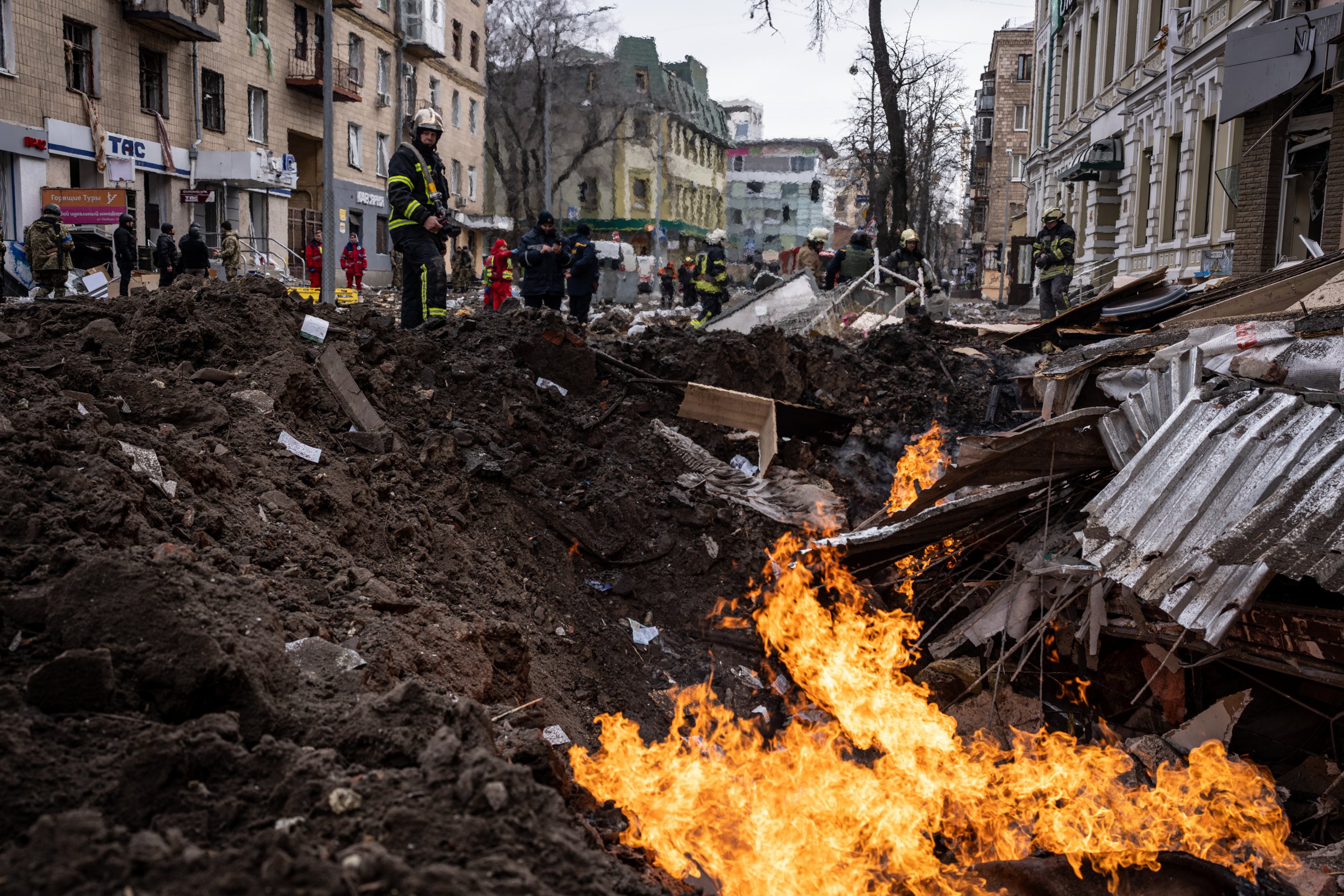 Russian forces may only be able to keep fighting at full capacity for another ’10 to 14′ days, senior British defence sources have said.

Vladimir Putin’s troops are already thought to have made sluggish progress, with many struggling with supplies and suffering low morale.

But they might find it even harder in two weeks time and will struggle to hold ground in Ukraine, latest intelligence suggests.

Russia has been devastating cities with nearly three weeks of relentless shelling, but still its military is thought to be behind schedule, having missed out on the swift victory many expected.

It has faced far more resistance from ordinary Ukrainians than anticipated, leading to a brutal crackdown in the captured city of Kherson.

‘As long as we keep pressing they’ve got ten to 14 days before reaching their culminating point. That’s when the strength of Ukraine’s resistance should become greater than Russia’s attacking force.’

He added: ‘Soon the number of downed helicopters of Russia will reach hundreds of units. They have already lost 80 warplanes.

‘Hundreds of tanks and thousands of other units of equipment. In 19 days, the Russian army has lost more in Ukraine than in two bloody and years-long wars in Chechnya.’

For the first time on Monday allies of Vladimir Putin admitted things weren’t going ‘according to plan’ as the Kremlin keeps claiming.

Russian National Guard chief Viktor Zolotov – once in charge of Putin’s personal security – said ‘not everything is going as fast as we would like’. However he still insisted that Moscow would achieve victory ‘step by step’.

Ukraine says that Russia has lost 12,000 soldiers, 374 tanks, 74 aircraft, 86 helicopters after launching its invasion on February 24.

However numbers are yet to be independently verified and Russian estimates differ significantly.

Ukraine claims to have killed three Russian major-generals out of about 20 thought to be in the country.