PARENTS have hit out after being told their children will only be given vegetarian school dinners on 'meat free Mondays'.

Primary schools in parts of Yorkshire are doing away with all meat options on the first day of every week – but furious mums and dads have blasted the move. 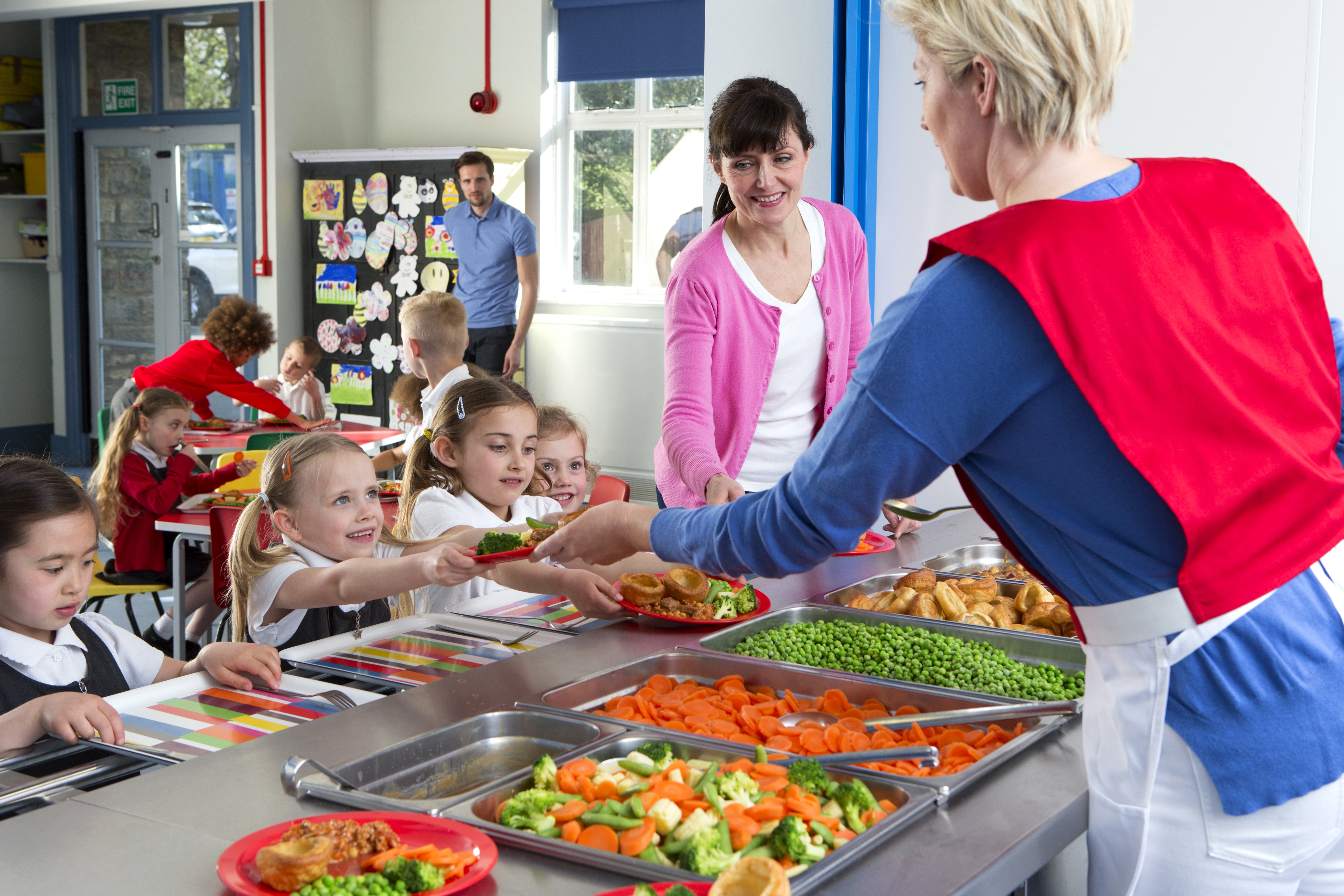 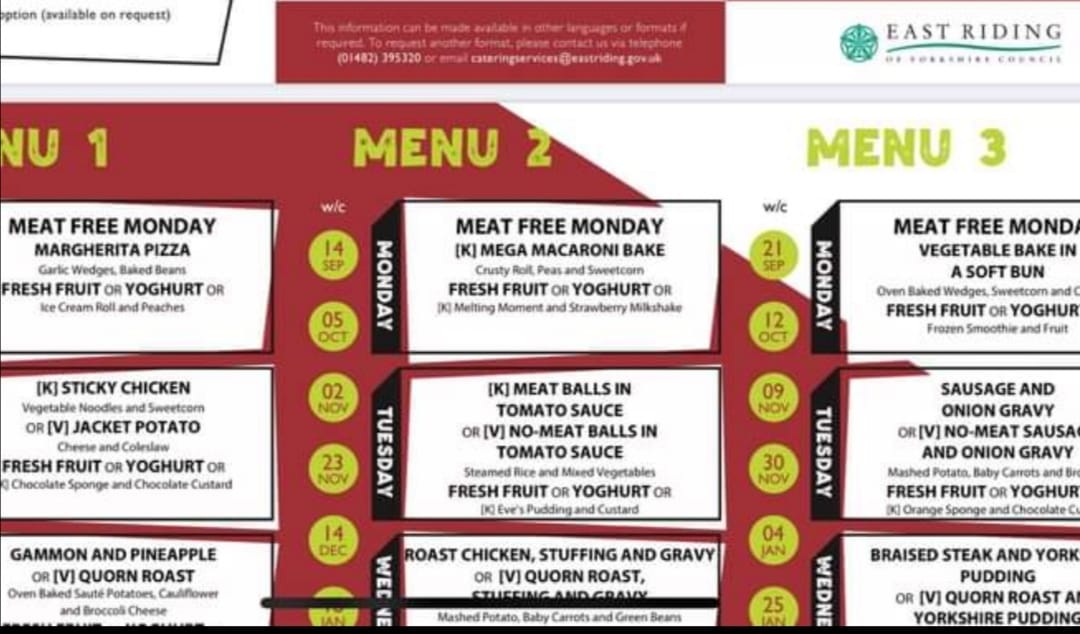 And they believe their little ones should be able to choose for themselves every day they're in school.

East Riding Council introduced the initiative as part of the 2020/21 academic year.

Mums living in the area have now taken to social media to complain.

"A meat-free option is offered daily – so a meat option should also be offered every day."

Another, Lisa Smelt, said: “For some kids it’s the only meal they will get each day. 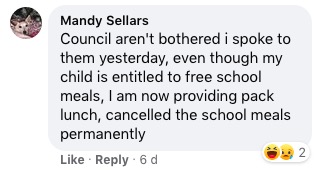 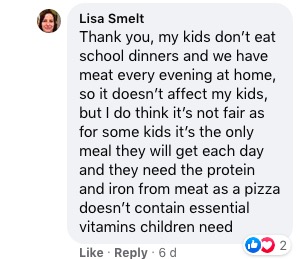 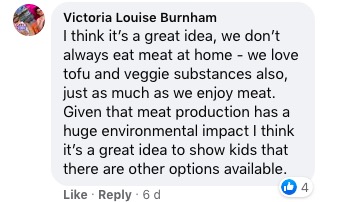 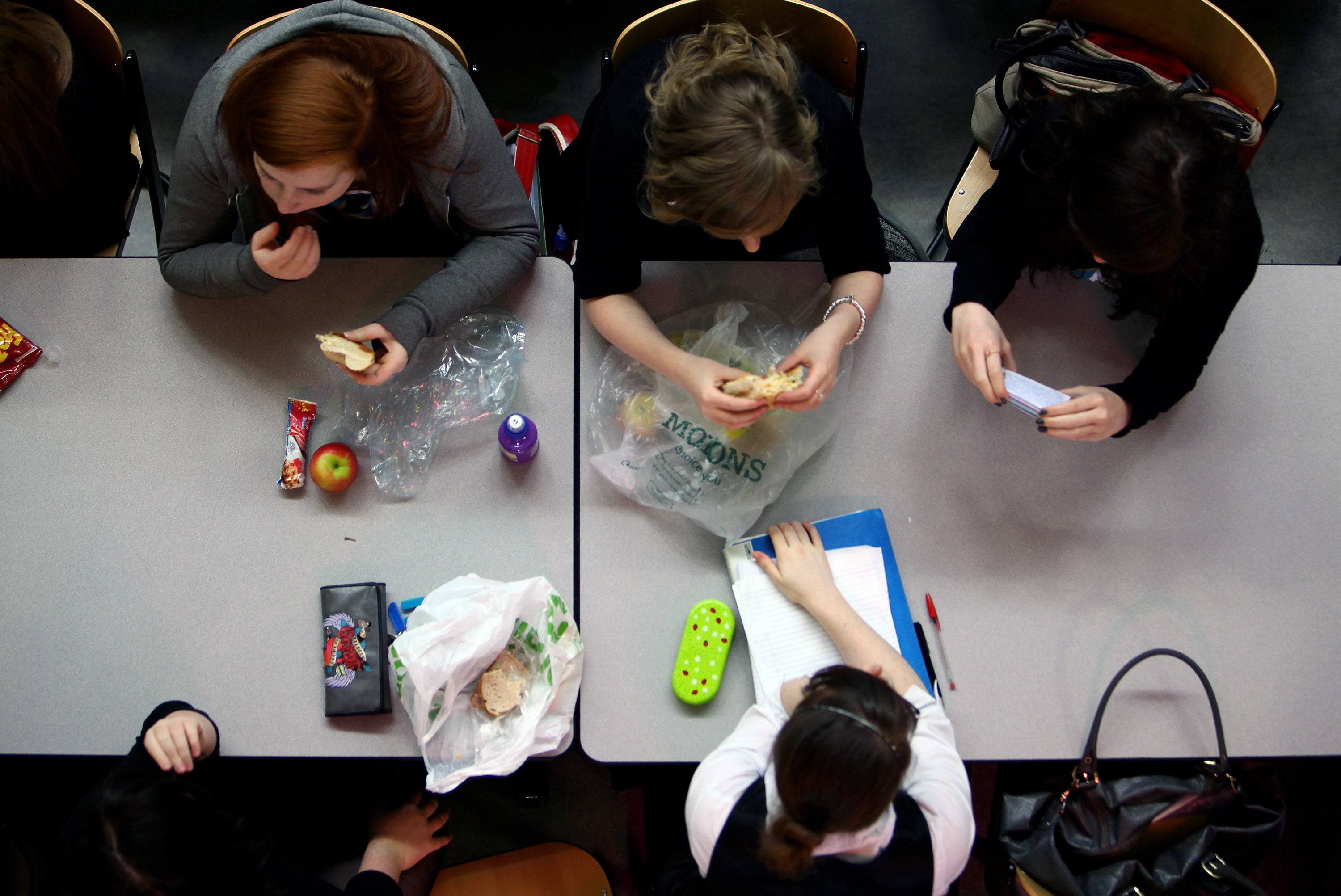 "They need the protein and iron from meat.”

And the owner of Smiths Butchers in Bridlington, East Yorkshire, said: "This isn't us trying to have a dig at vegans or vegetarians as we respect their views and opinions, but our point is that there is a vegetarian option everyday – but no meat on a Monday.

"Surely children or parents should have this choice and not be forced into vegetarian meals."

However, not everyone is against the proposed menu change, with one mum arguing: "Given that meat production has a huge environmental impact, I think it’s a great idea to show kids that there are other options available.”

Another said the "massive drama" was a "complete overreaction".

Officials at East Riding Council are now expected to launch a further consultation about school menus.

Commercial strategic manager David Johnston said: "As children’s tastes have changed, we are now being asked to produce recipes and menus which are suitable for vegetarian and vegan diets on a more regular basis.

"The options we are offering on Mondays are dishes which have proved popular previously, and we have worked to ensure that the menus conform to school food standards.

"Individual schools have the option to change the menu, with direction from the head teacher and governing body, as long as the menu adheres to the food standards set by the government."

The Meat Free Monday initative was launched by Beatles legend Sir Paul McCartney and his daughters Mary and Stella in 2009.