London: Prince Charles, heir to the British throne, on Saturday visited the hospital where his father Prince Philip is being kept as a precaution after feeling ill, a Reuters photographer at the hospital said.

Charles arrived at the back of the London hospital where Philip, the 99-year-old husband of Queen Elizabeth, has spent four nights. Charles was at the hospital for just over half an hour before departing. 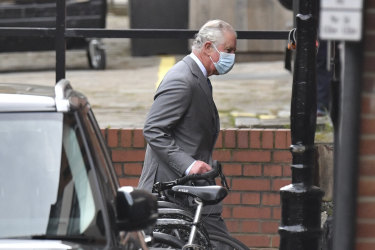 Prince Charles arrives at the King Edward VII’s hospital in London to visit his father. Credit:

Philip, the Duke of Edinburgh, was admitted to hospital on Tuesday as a precautionary measure after feeling ill with an ailment that is not related to COVID-19.

He is expected to remain in hospital until next week, a royal source said on Friday, adding that doctors were acting out of an abundance of caution and the duke remained in good spirits.

Both Philip and the Queen, 94, received their first dose of the COVID-19 vaccine in January. 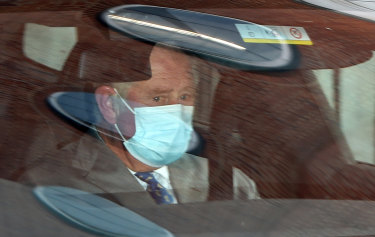 Prince Charles spent about 30 minutes at the hospital.Credit:

He spent four nights at the same hospital at the end of 2019 while being treated for a pre-existing condition.

Philip is now rarely seen in public. He stepped down from official engagements in August 2017 after completing more than 22,000 solo events and thousands more alongside the Queen. 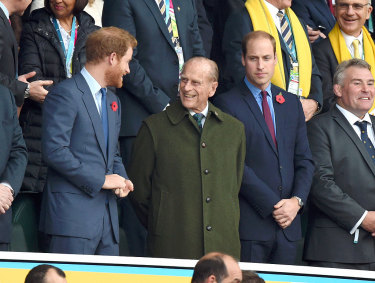 A former naval officer renowned for his sometimes brusque manner and humour, Philip married Elizabeth in 1947, five years before she became Queen. He is now by far the longest-serving consort of any British monarch.

In an apparent tribute to the duke, one of his granddaughters, Princess Eugenie, and her husband Jack Brooksbank said on Saturday they had named their first son August Philip Hawke Brooksbank.

Related posts:
Fashion News
I’m a flight attendant – the exact date to book your flight for the cheapest deal & you'll want to act soon
Not Even Stiletto Nails Can Stop Cardi B From Changing Diapers Like a Pro
You’ll Be Feeling Good as Hell Once You Shop Lizzo’s Hot Pink Vacay Look
Weekly horoscope for May 8 – 14: What the stars have in store for every zodiac sign revealed
Mrs Hinch fans share easy hack to get dye stains out of clothes – & you’ve probably already got some in your cupboard
Recent Posts