Knighthoods, OBEs and MBEs will be given out in person at the first major investiture ceremony since the start of the Covid pandemic, it has today been announced.

But the event, in which Prince Charles will hand out the honours, will not take place at Buckingham Palace.

Instead, the event, due to take place on June 23, will be staged a short distance away at St James’s Palace.

Buckingham Palace – the Queen’s official London residence – is normally the venue for many of the ceremonies.

But the first is being held at St James’s Palace because of on-going work to update the services at the royal residence. 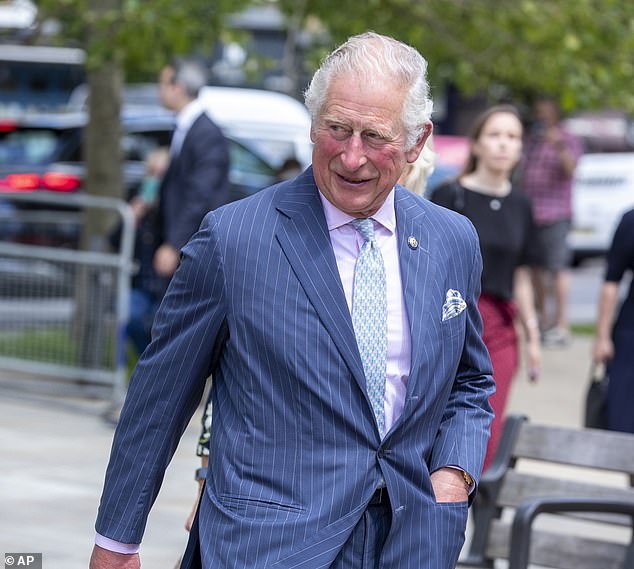 Prince Charles (pictured) will hand out the honours at the event, which will not take place at Buckingham Palace 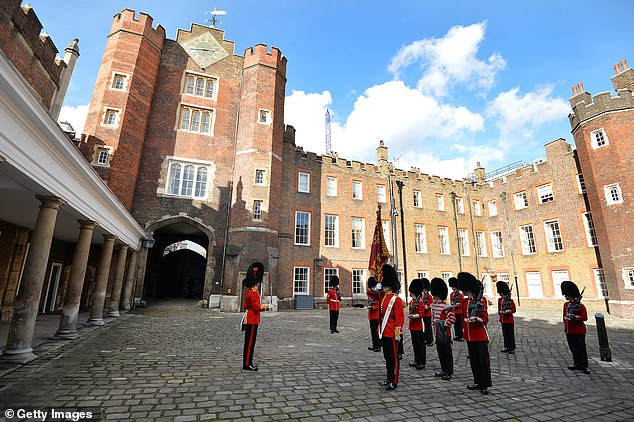 Instead, the event, due to take place on June 23, will be staged a short distance away at St James’s Palace (pictured)

Around 100 recipients are usually awarded their honours, from knighthoods to MBEs, at investitures.

But it is understood the groups will be smaller to comply with Covid guidelines.

Windsor Castle, where the Queen has spent much of the pandemic, will also be the venue for a number of ceremonies.

Letters have been sent to recipients of honours informing them investitures will be resuming.

The announcement comes after it was revealed yesterday that The Queen will meet US President Joe Biden and his wife Jill on June 13.

In a statement released yesterday it was confirmed that Her Majesty will host the president and First Lady at Windsor Castle next Sunday.

He will be the 13th American president the Queen has met since ascending to the throne in 1953.

There is speculation that the Prince of Wales and Duchess of Cornwall will also meet the American couple at some point during their visit to the UK.

The meeting comes just months after Mr Biden was sworn-in as president – a stark contrast to his predecessor Donald Trump who didn’t meet the Queen for two years.

Trump eventually visited in July 2018 – with his now-infamous meeting with Her Majesty seeing him break royal protocol on several occasions. 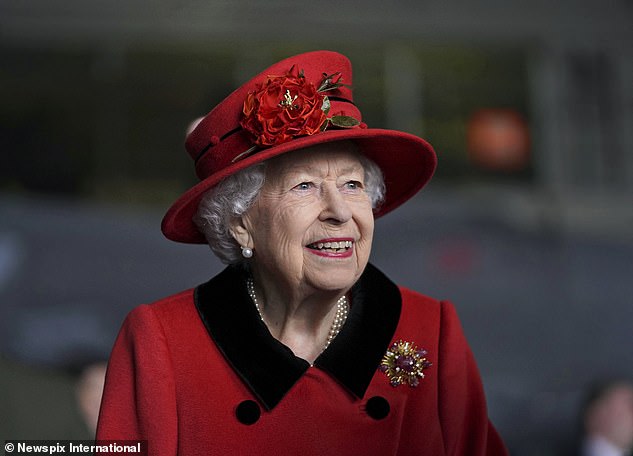 Buckingham Palace has announced the Queen will meet US President Joe Biden and First Lady Jill Biden at Windsor Castle on Sunday, June 13 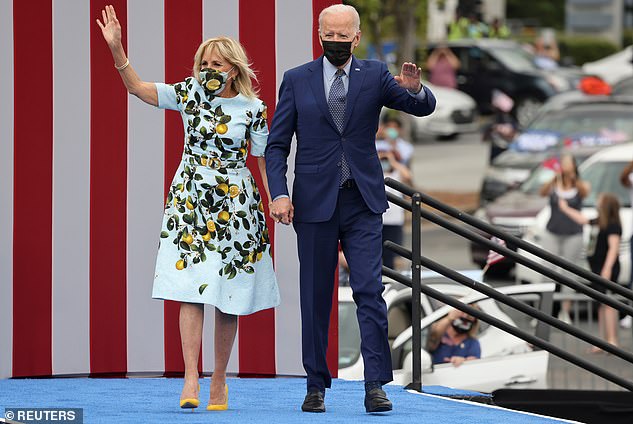 Earlier this week it was revealed that Britons will enjoy a four-day bank holiday next summer to celebrate the Queen’s Platinum Jubilee as the nation marks her 70 years on the throne.

Buckingham Palace said 2022’s extended break will run from Thursday, June 2 to Sunday, June 5 after the May bank holiday – which would have been on Monday, May 30 – was pushed back.

The celebration will be marked with national events including a live concert featuring some of the world’s biggest stars to a service of thanksgiving – and a day at the races.

A live concert will be staged at Buckingham Palace – Platinum Party at the Palace – during the Saturday of the long weekend. Performers have yet to be named but it is billed as bringing together some of the world’s biggest entertainment stars to celebrate the most significant and joyous moments from the Queen’s seven-decade reign.

Other highlights include a day at the races for the Queen – a keen horse breeder – and her family who will fill the royal box for the Derby, held at Epsom Downs, before the concert.

The four-day weekend will begin on Thursday with Trooping the Colour, which will be staged in full for the first time since the pandemic.

Platinum Jubilee Beacons will also be lit throughout the UK, Channel Islands, Isle of Man and UK Overseas Territories – a tradition used to celebrate royal jubilees, weddings and coronations.

For the first time the ceremonial bonfires will be ablaze in each of the capital cities of the Commonwealth countries to celebrate the Queen’s milestone.

A Service of Thanksgiving for the Queen’s reign will be held at St Paul’s Cathedral on the Saturday.

Communities across the country will sit down together for the Big Jubilee Lunch during the Sunday, the final day of the Bank Holiday Weekend. People will be invited to share friendship, food and fun with neighbours as part of the celebrations.

During Sunday a Platinum Jubilee Pageant will also be staged in the capital featuring more than 5,000 people from across the UK and Commonwealth.

The event will take place against the backdrop of Buckingham Palace and the surrounding streets and will combine street arts, theatre, music, circus, carnival and costume, and celebrate the service of the Queen as well as honouring the collective service of people and communities across the country.

Queen Elizabeth II’s coronation was held on June 2, 1953 – just more than a year after the then 25-year-old ascended to the throne on February 6, 1952 following her father George VI’s death. It was the first coronation ever to be televised, with 27million people in the UK tuning in.

And the BBC is set to take a central role in next year’s celebrations, with Britons invited to apply to tickets to the Platinum Party at the Palace – which will see ‘some of the world’s biggest entertainment stars’ join together to create a live concert ‘to celebrate the most significant and joyous moments from The Queen’s seven decade reign’, according to Buckingham Palace.

Plans for the Platinum Jubilee celebrations have been released for the first time today as the Queen celebrates her 69th year on the British throne.

Despite reaching the 70-year milestone on February 6, 2022 celebrations have been pushed back to the summer because it is also the date of King George VI’s death.

A Buckingham Palace spokesman said: ‘An extended bank holiday, from Thursday 2nd to Sunday 5th June, will provide an opportunity for communities and people throughout the United Kingdom to come together to celebrate the historic milestone.

‘The four days of celebrations will include public events and community activities, as well as national moments of reflection on The Queen’s 70 years of service.’