Lockdown rush hour: Traffic returns to London’s A40 as 10 per cent more cars hit the roads while huge queues form outside burger chain MEATLiquor and big firms reopen as Britain gets back to work

Traffic on Britain’s roads is on the rise for the first time since the lockdown began with levels increasing by up to 10 per cent compared to earlier this month as the country edges back to work and shops, building sites and factories reopen.

Figures from the AA show show more car journeys than at any point over the past few weeks in a sign the struggling economy is slowly restarting after the UK first entered coronavirus restrictions at the end of March.

The numbers of cars on London’s roads is steadily increasing while photographs of the A40 at Hangar Lane at rush hour this morning showed more motorists on their way to work.

Earlier this week huge queues building up outside B&Q stores and Five Guys burger restaurants as parts of the country showed signs of getting back to work for the first time.

And last night police were seen attending a large queue outside a MEATliquor burger bar in south east London in the latest scene from a country seemingly no longer willing to comply with government instructions to stay indoors.

AA President Edmund King said: ‘The majority of drivers are still following Government advice to only make essential journeys by car, however, this week we have seen traffic and breakdowns creeping back up. 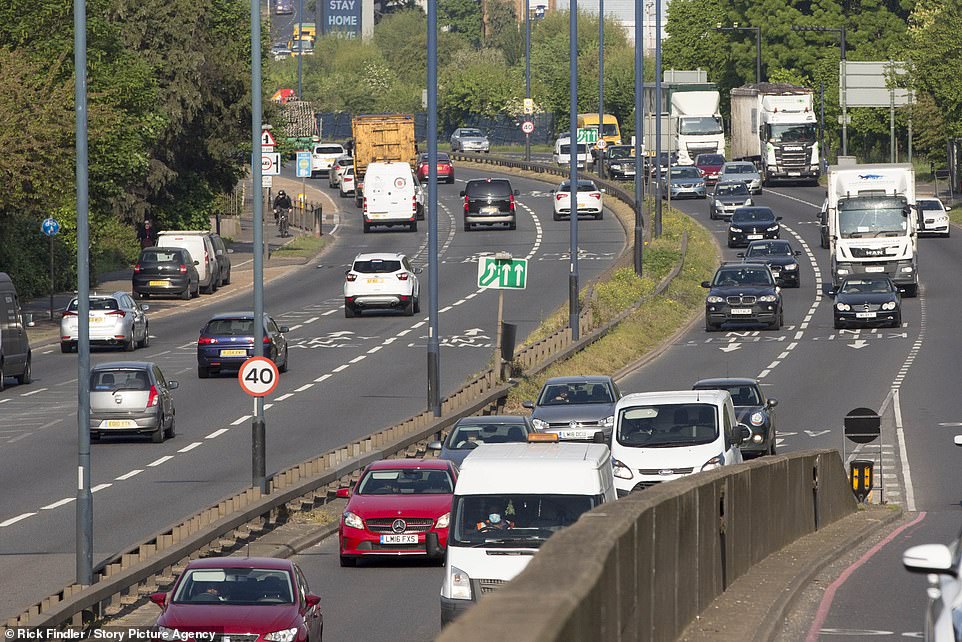 Traffic can be seen on the A40 by Hanger Lane in West London during rush hour this morning. As the country enters it’s second month of the government imposed lockdown to help prevent the spread of COVID-19, there is a steady rise in the number of people using the roads and returning to work 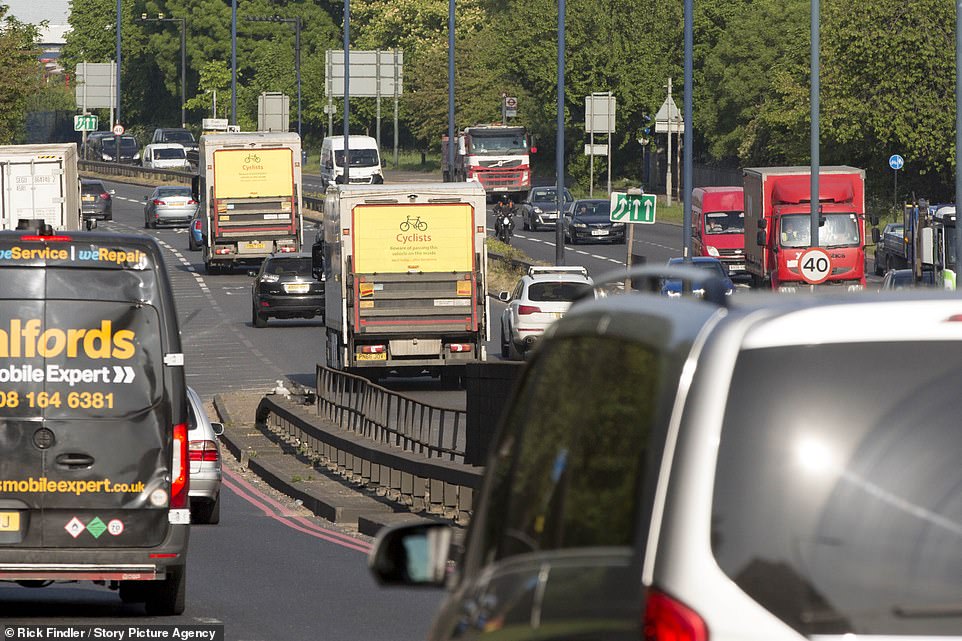 The A40 by Hangar Lane in west London this morning. According to the AA traffic is up by 10% compared to earlier this month 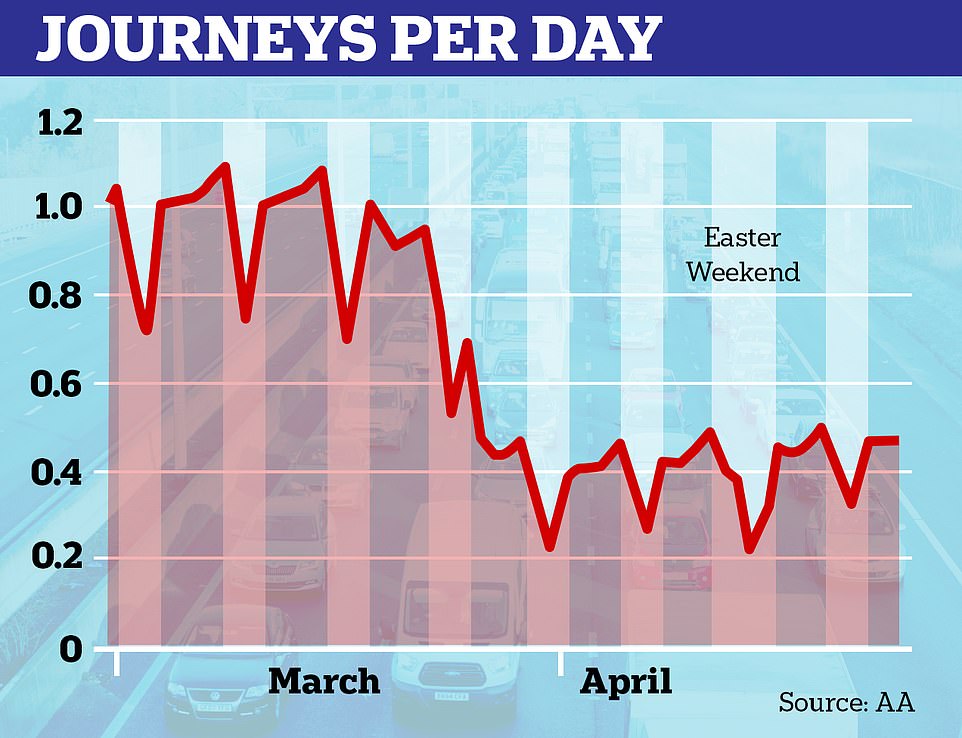 ‘It is a worry that some drivers seem to have got bored being locked up at home and are now venturing out in their cars.

‘Breakdowns have increased by about 20 per cent this week and traffic seems to be 10 per cent higher than under earlier lockdown conditions.’

Yesterday Britons across the country ignored lockdown rules by flocking to parks, beaches and promenades to bask in the 75F (23C) temperatures – despite the possibility of strong fines for breaching the rules.

Health Secretary Matt Hancock has warned that people in Britain must ‘maintain our resolve and follow the social distancing rules’, saying that lifting measures too soon and risking a ‘second peak’ would be a mistake that would ‘undo all the hard work that has been done’. 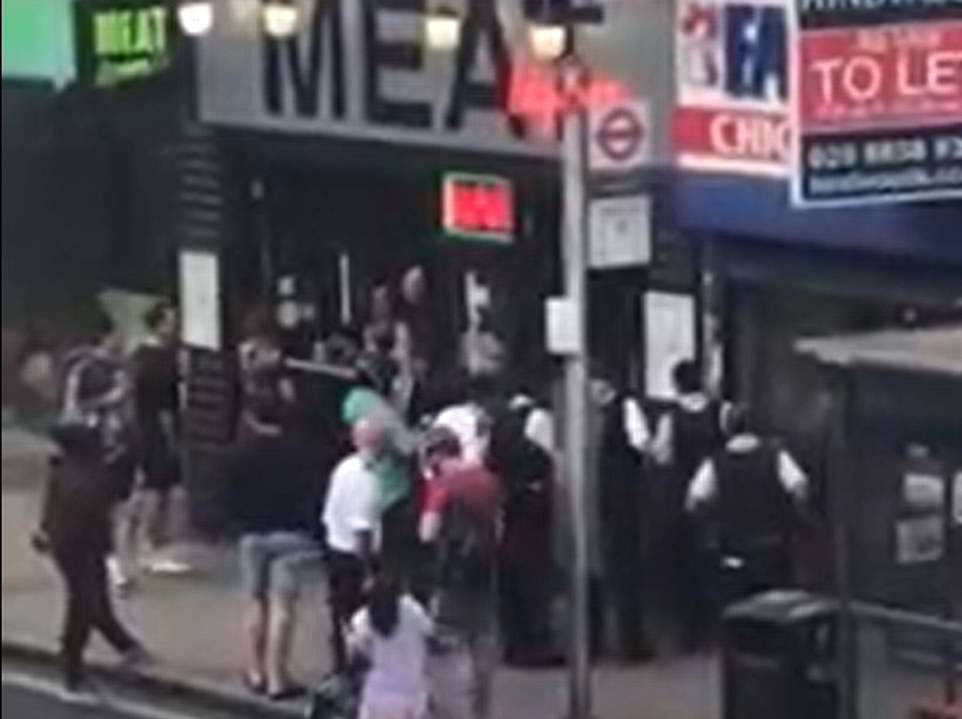 Builders were returning to construction sites and roads are visibly busier than a week ago, with traffic having increased to the highest levels since the lockdown was introduced.

Homebuilder Taylor Wimpey said construction would resume on May 4 and rival Vistry Group said it will re-start next week.

Luxury car-maker Aston Martin Lagonda is also set to reopen its factory in south Wales on May 5 – and car giant Jaguar Land Rover will gradually resume production at two of its UK plants next month amid ‘robust’ guidelines to support a return to work.

Additionally Nando’s is now reopening seven city centre kitchens to make meals for NHS workers, and Guernsey is set to be the first place in Britain to partially lift lockdown as gardeners, estate agents and builders return to work. 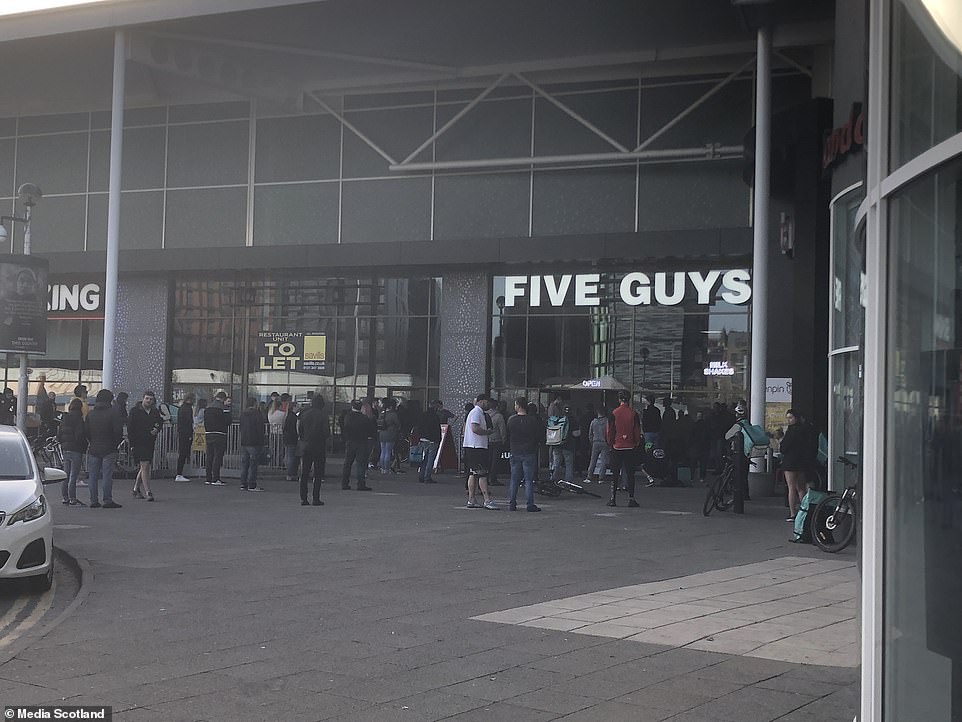 Huge queues have been forming outside B&Q stores which are also now reopening, and crowds gathered outside a Five Guys restaurant at Edinburgh’s Fountain Park earlier this week, waiting for takeaway orders.

Which companies have announced that they are re-opening?

Taylor Wimpey: Plans to resume work on its construction sites from May 4

Vistry Group: Will re-start work on 90 per cent of partnership sites and a ‘significant number’ of housing sites from the start of next week

Aston Martin Lagonda: Will reopen its South Wales factory on May 5, but main plant in Warwickshire will stay closed for now

Jaguar Land Rover: From May 18 manufacturing will resume in Solihull and at its engine plant in Wolverhampton

One witness said: ‘There is a vast amount of people waiting outside, not only Deliveroo riders but members of the public who are clearly not practising safe social distancing whilst waiting for the food and who are clearly disregarding any and all government guidelines. Surely something should be done about this?’

Social distancing measures are supposed to be in place at the burger chain’s branches, such as anyone ordering by click and collect being asked to pay before arriving to protect workers and other members of the public.

It comes as the Government is said to be considering staggering workers’ start times to avoid the rush-hour bottlenecks when the majority of Britons head back to the office – possibly at some point next month.

The possible strategy on getting London back on the move follows Mayor Sadiq Khan warning Transport for London has about a week’s worth of cash to keep itself running, and militant RMT union chiefs saying there is ‘zero chance’ of their members getting back on the buses and trains without personal protective equipment (PPE).

Tory MPs have warned the Government it must spell out in detail how it intends to ease the lockdown to give businesses hope of survival, with senior backbenchers on the 1922 Committee meeting to discuss the response.

They said it is ‘silly’ for ministers not to be totally frank with the public given how well most of the population has stuck to social distancing measures and stressed ‘there has got to be an economy to go back to’ as they sounded a warning which will be heard loud and clear in Downing Street . 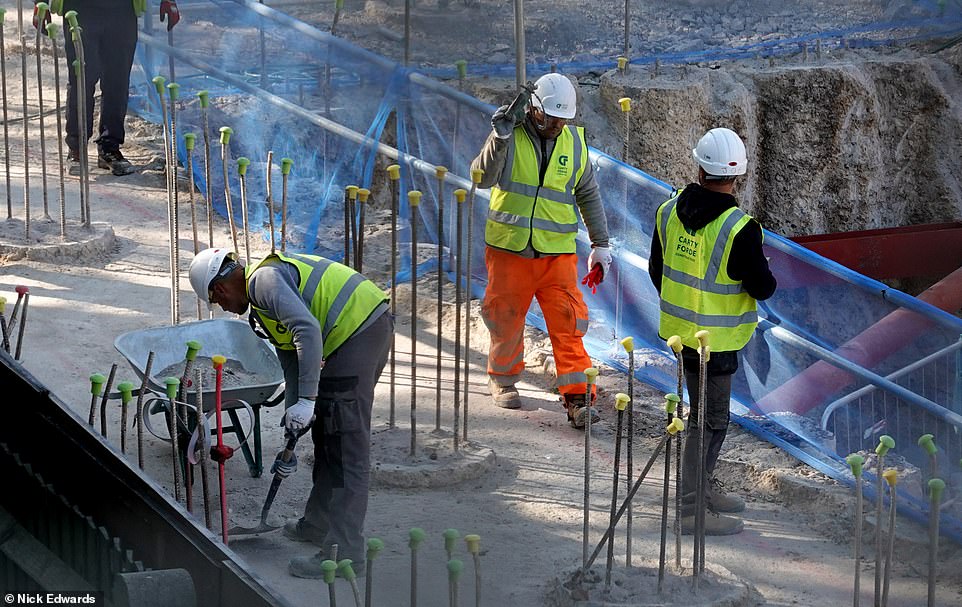 However, in a sign tensions are likely to rise, Dominic Raab said last night it will be weeks before ministers even ‘think about’ putting forward an exit strategy while Chief Medical Officer Professor Chris Whitty said some restrictions are likely to be in place for the ‘next calendar year’.

Schools could start returning within less than three weeks under a ‘traffic light’ plan being pushed by senior ministers to ease lockdown misery – amid Cabinet splits over whether the government should risk more deaths from the disease to save the plunging economy.

Builders failed to properly socially distance at one site in London today, where about 50 had temperature checks before being allowed into No. 1 Palace Street where 72 luxury flats are being built near Buckingham Palace.

Prime Minister Boris Johnson ordered the unprecedented lockdown on March 23 to deal with the pandemic as people were ordered to ‘stay at home’. On April 16 this was extended for at least another three weeks until May 7.