Material found in a group chat which contained several students from Knox Grammar is not classified as child abuse material, says the NSW child abuse and sex crimes squad commander.

Detective Superintendent Jayne Doherty said “a review of the provided material has determined that none of the content is classified as child abuse material”.

“Police will continue to review activity, make inquiries and will work with the school, parents and the eSafety Commissioner in relation to any matters that arise.” 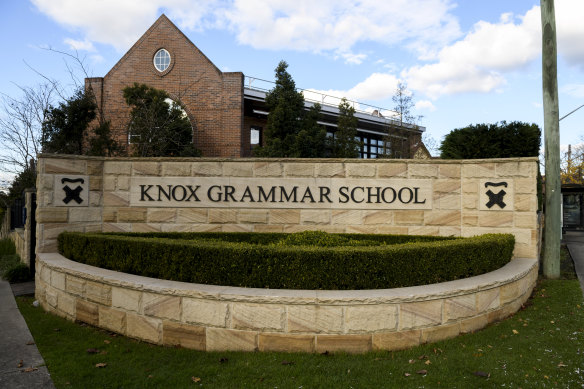 In a letter to parents on Wednesday, principal Scott James said the school had acted after “an incident” involving several boys from the senior school.

“The nature of these posts is contrary to the values and culture of Knox and is unacceptable. The action of the boys do not reflect a Knox education or the expectations that we place on our students to be respectful and responsible citizens in the community,” James said.

“The boys posted inappropriate images and engaged in offensive commentary in an online private chatroom,” he said, noting an investigation into the incident was ongoing.

“In regard to the images, some were taken during school activities and later doctored, and the school has spoken with all families of identifiable students. To be very clear, the doctored images do not require mandatory reporting under child protection requirements, and we have discussed the matter with police.”

An article published in The Daily Telegraph claims that the school knew about the chat which included racist, homophobic, misogynistic, and violent messages for weeks.

The article claims the group chat, which contained more than 150 participants, was kept secret for up to a month before James addressed the wider school community about the incident.

Knox Grammar, a kindergarten to year 12 school in Wahroonga on the north shore, charges more than $33,000 a year for seniors.