Nurse, 51, and care home housekeeper, 69, are latest Filipino frontline staff to die from coronavirus – as number of health workers from the Philippines falling victim to Covid-19 hits 33

Two more frontline workers from the Philippines have died after contracting Covid-19.

Rizal Manalo, a nurse at a Welsh hospital, and Remigio Cabansag, a housekeeper at a London care home, both died after contracting the deadly virus.

They are understood to be the 32nd and 33rd Filipino workers to have died during the pandemic.

Of the 195 healthcare workers whose deaths have been verified, 17 per cent were of Filipino heritage. 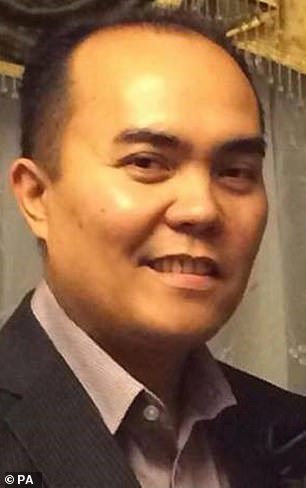 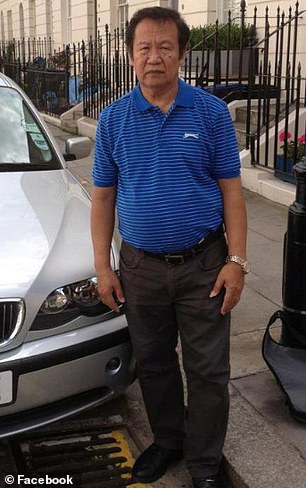 Rizal Manalo (left), a nurse at a Welsh hospital, and Remigio Cabansag (right), a housekeeper at a London care home, both died after contracting the deadly virus

Nurse Mr Manalo, known to his friends as Zaldy, died on Sunday after spending several weeks in critical care at Glan Clwyd Hospital, where he had worked.

The 51-year-old had been at the hospital since 2001, when he was recruited from the Philippines to work in North Wales.

His wife Agnes said: ‘Zaldy is a hard-working person who loved his job dearly. He’s a good husband and a loving father to his children. He protected and cared for us.’

Karen Davies, matron for Ward 5, said: ‘Zaldy would always greet you with a smile in the morning and always had a story to tell. He was a caring and compassionate member of the team, a true gentleman.

‘A colleague and family friend said Zaldy was known as their ”kuya”, an old brother within the Filipino community. 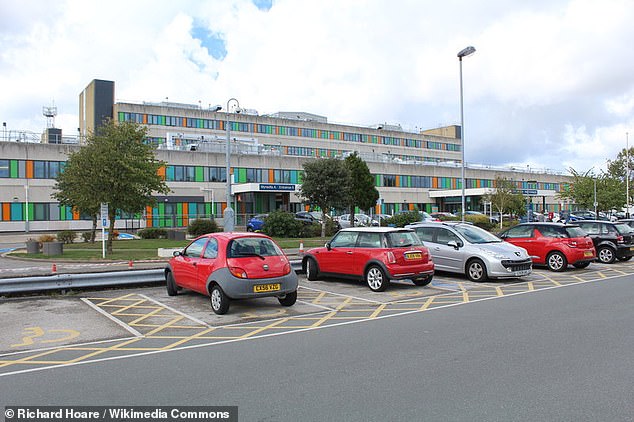 Nurse Mr Manalo, known to his friends as Zaldy, died on Sunday after spending several weeks in critical care at Glan Clwyd Hospital (file photo), where he had worked

‘He loved to socialise and sing, especially taking part in karaoke. They also said how important his job was to him as he loved his work.’

Rab McEwan, managing director at Ysbyty Glan Clwyd, said: ‘Zaldy was a popular and respected member of the nursing team on Ward 5 and we will miss him greatly.

‘It’s always hard when someone who serves the NHS dies before their time. We are desolate, and send our deepest sympathies to Zaldy’s family, colleagues and friends.’

Alison Griffiths, director of nursing for Ysbyty Glan Clwyd, said: ‘Zaldy was an endearing person who was very well liked and respected by all his colleagues.

‘He was passionate about nursing, dedicated to the profession, and always put his patients first. We offer our sincere condolences to his family at this time and hope that they are able to find comfort in the memories they have of him.

‘He gave us many fond memories and it was an honour to work with him. He will be missed greatly, and forever in our hearts.’

In a joint statement, Betsi Cadwaladr Health Board’s chief executive Simon Dean and chairman Mark Polin, said: ‘We would like to express our sadness at this terrible loss and offer our deepest condolences to Zaldy’s family, his friends and his colleagues at Glan Clwyd Hospital.

‘Zaldy will be sorely missed, and we are indebted to the care and service he provided the health board and its patients over the last 19 years.’

Mr Cabansag, 69, had been working at Highbury New Park Care Home in London for almost eight years when he fell ill and died on April 12.

He had only a month before celebrated his 10-year wedding anniversary. 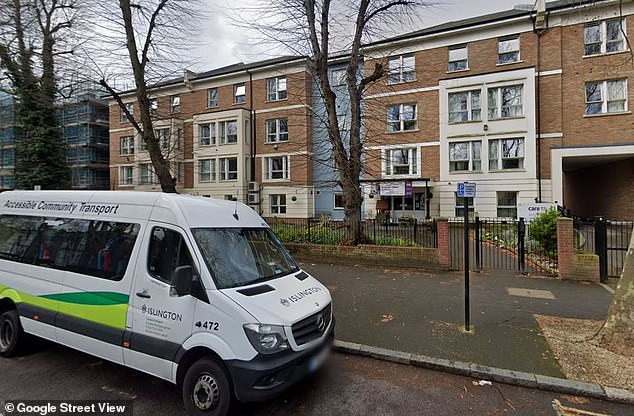 Mr Cabansag, 69, had been working at Highbury New Park Care Home in London (file photo) for almost eight years when he fell ill and died on April 12

Bosses at the home have paid tribute to him and said he was a hardworker who took ‘great pride’ in keeping residents’ rooms clean.

Care UK’s regional director Deliana Katsiaounis said: ‘He was always willing to go the extra mile and take on whatever task needed to be done.

‘As well as housekeeping he could also be found working in the garden and he took great pride in helping residents who use a wheelchair to go to church or enjoy the flowers in the local park.

‘Residents really appreciated his polite and respectful manner and we miss his big smile and willingness to get involved in all aspects of care home life very much.’

It comes less than a month after the Philippines’ ambassador to the UK called for health workers to be ‘properly protected’.

Ambassador Antonio Lagdameo said: ‘I urge the NHS to ensure that those heroes who put their lives on the line for all of us are properly protected and equipped as they do their job.’

Official figures indicate around 18,500 Filipinos worked in the NHS in England as of March 2019, roughly 1.5 per cent of an estimated 1.2 million total workforce.

The vast majority of those workers were in nursing or clinical support positions, with the Philippines providing more staff in the roles than any country outside the UK.