Nicola Sturgeon broke ranks with Boris Johnson again today by declaring that Scots should wear face coverings on public transport and in shops.

The Scottish First Minister said she was now advising people to use makeshift masks – although she stressed that medical-grade coverings should be left for health workers.

The move came despite the PM having yet to make any announcement on whether the items should be used in enclosed spaces.

It is the latest sign of splits in the UK position – after Ms Sturgeon previously issued a ‘framework’ for easing lockdown despite Westminster refusing to give any details. 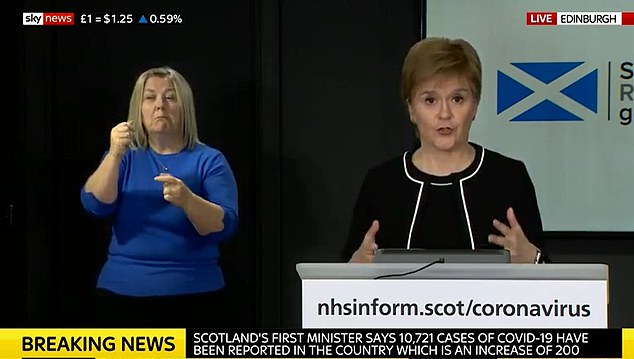 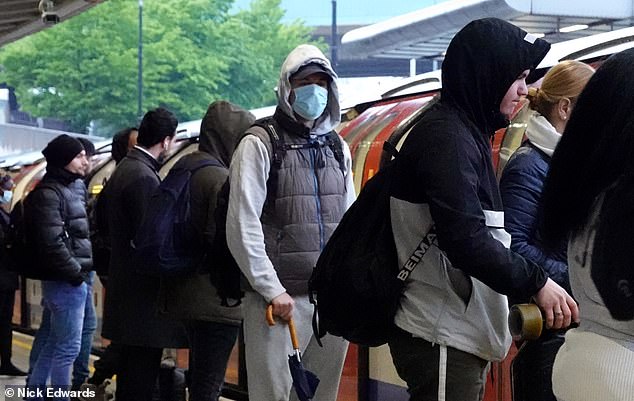 Masks have become a common sight in cities across the UK. Picture is London this morning

Ms Sturgeon told the media briefing in Edinburgh today: ‘We are recommending that you do wear a cloth face covering if you are in an enclosed space with others where social distancing is difficult, for example public transport or in a shop.’

She insisted there was no need to wear masks routinely outside, except in ‘unavoidable crowded situations’.

She said face coverings were ‘not a substitute’ for hand hygiene and other advice on reducing the risk of spread.

A Downing Street spokesman made clear there is no immediate announcement expected in London.

‘Sage’s recommendation has been sent to ministers who are considering the advice they have been given. Once a decision has been reached we will announce it publicly,’ the PM’s spokesman said.

The new policy from Ms Sturgeon appears to contradict earlier advice from Scotland’s national clinical director. Professor Jason Leitch, who said on April 3: ‘The global evidence – and we’ve looked properly, I promise you – is that masks in the general population don’t work.

Ms Sturgeon said the new guidance is related to ‘face coverings made of cloth or other textiles, such as a scarf’ and not medical-grade masks.

She said: ‘The guidance we are publishing today firstly makes clear the most important step we can all take to prevent transmission of the virus is to comply with the current stay at home social distancing and hygiene rules.’ 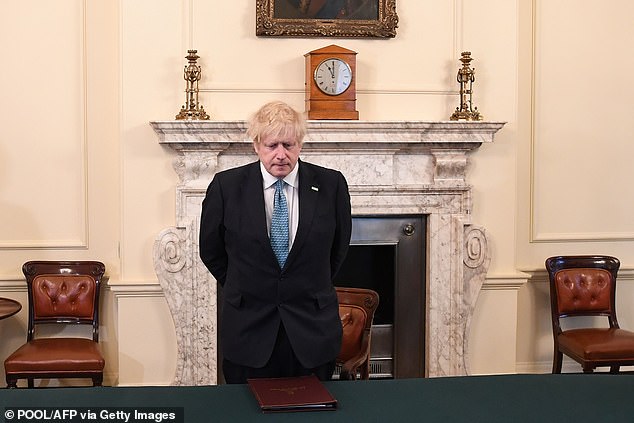 The First Minister said face coverings are ‘not a substitute for that’, adding the evidence on their use is ‘still limited’.

But she said the guidance ‘recognises there maybe some benefit in wearing a face covering if you leave the house and enter an enclosed space where you will come into contact with multiple people and safe social distancing is difficult, for example on public transport or in shops’.

With most shops closed at the moment, Ms Sturgeon said this will apply ‘in particular’ to food shops.

‘To be clear, the benefit comes mainly in cases where someone might have the virus but isn’t aware of that because they are not experiencing any symptoms,’ she said.

‘Wearing a face covering in these circumstances may reduce the chance of that person transmitting the virus on to others.

‘So the Scottish Government is now recommending the use of face coverings in these limited circumstances, as a precautionary measure’.

She said because the evidence is ‘at this stage relatively weak’ it is not mandatory to do so.