The high street chain is flogging the two-piece swimsuits in its children’s “915” department. 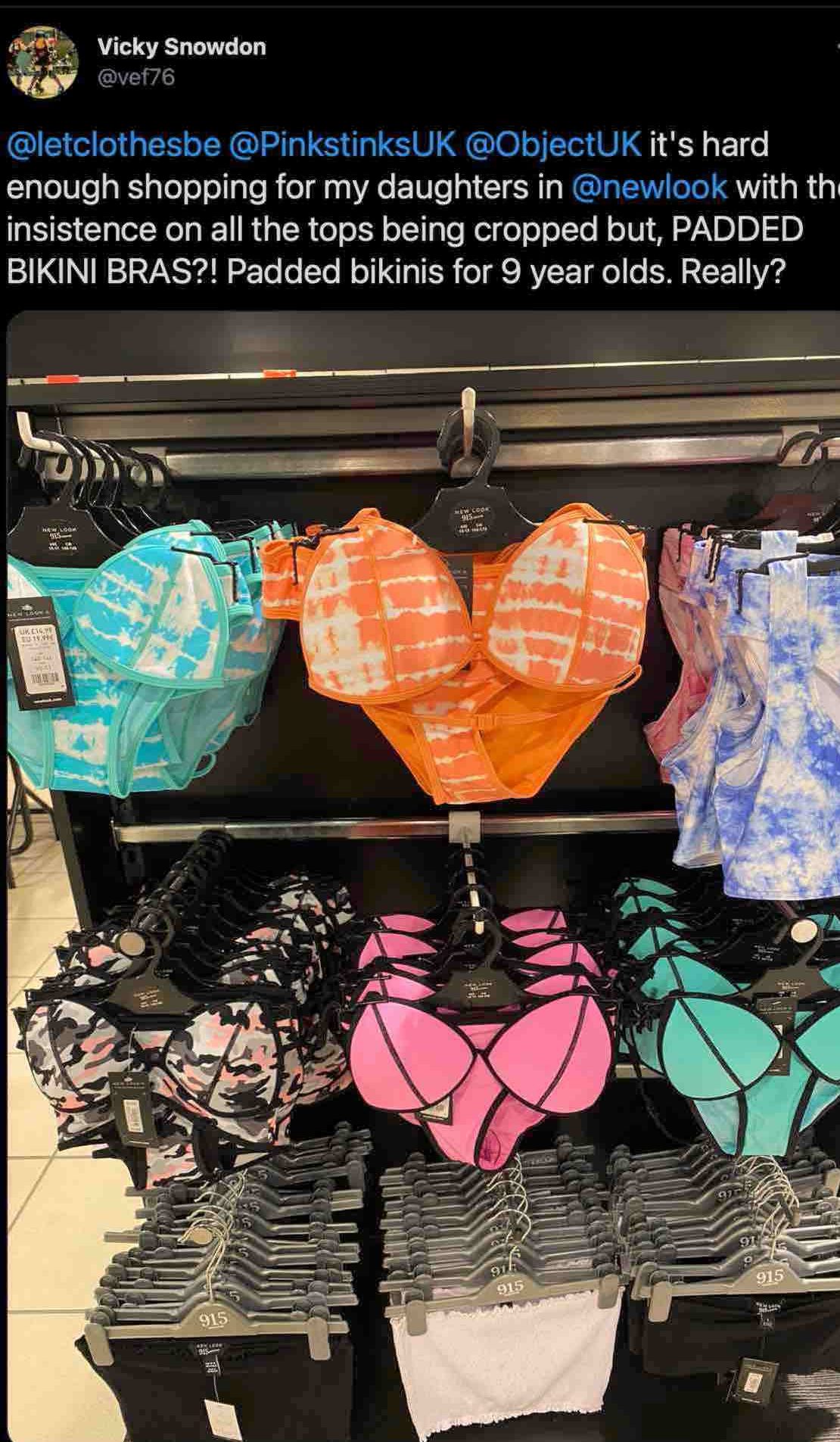 Available in a range of bright colours, the bikinis feature bras with “moulded triangle cups”. The matching skimpy bottoms are secured only by ties on the side.

Campaign group Object has contacted New Look directly and demanded the bikinis are pulled from sale.

The organisation, which opposes the sexual objectification of women, said online: “Stop sexualising children @newlook. It’s wrong and damaging. Take them away. We OBJECT.”

Horrified mum Vicky Snowdon shared a picture of the swimsuits on Twitter, left.

She said: “It’s hard enough shopping for my daughters in @newlook with the insistence on all the tops being cropped. But PADDED BIKINI BRAS?! Padded bikinis for 9 year olds. Really?” 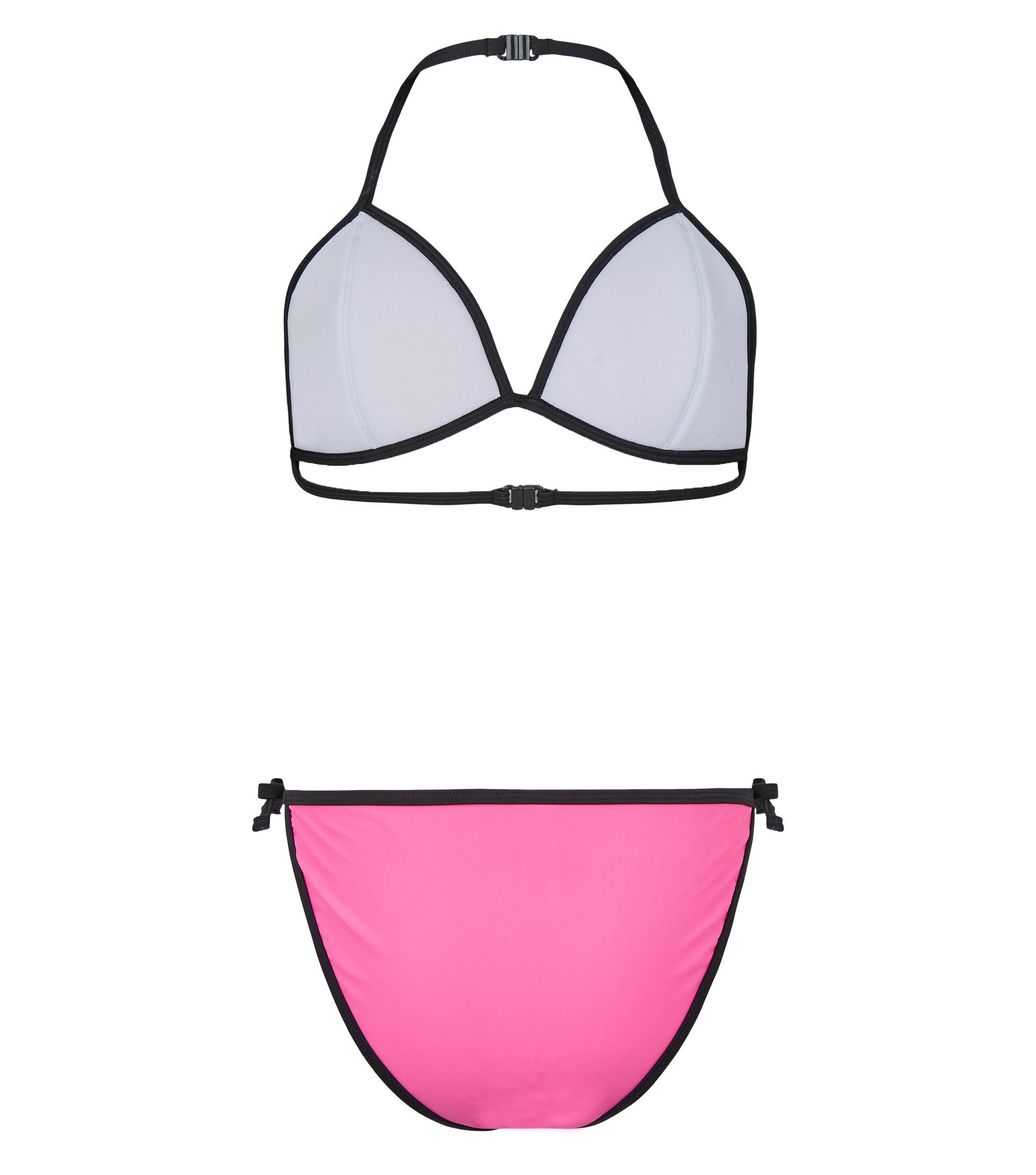 Susan Davies, 49, a mum of four from Poole in Dorset, said: “I cannot believe that a huge brand like New Look thinks these disgusting bikinis are acceptable.

“Children should not be sexualised at nine years old.

“Why can’t little girls be little girls? No nine-year-old needs padding in a bikini top. It is hideous.”

And mother-of-two Catherine Ansell, 33, of Coventry, added: “These bikinis are wildly inappropriate for young kids. Children should be allowed to be children.

“They are already surrounded by highly sexualised images and influencers.”

New Look has previously come under fire for selling a range of high heels starting at size one — which fits an average eight-year-old.

The company did not respond to our requests for comment. 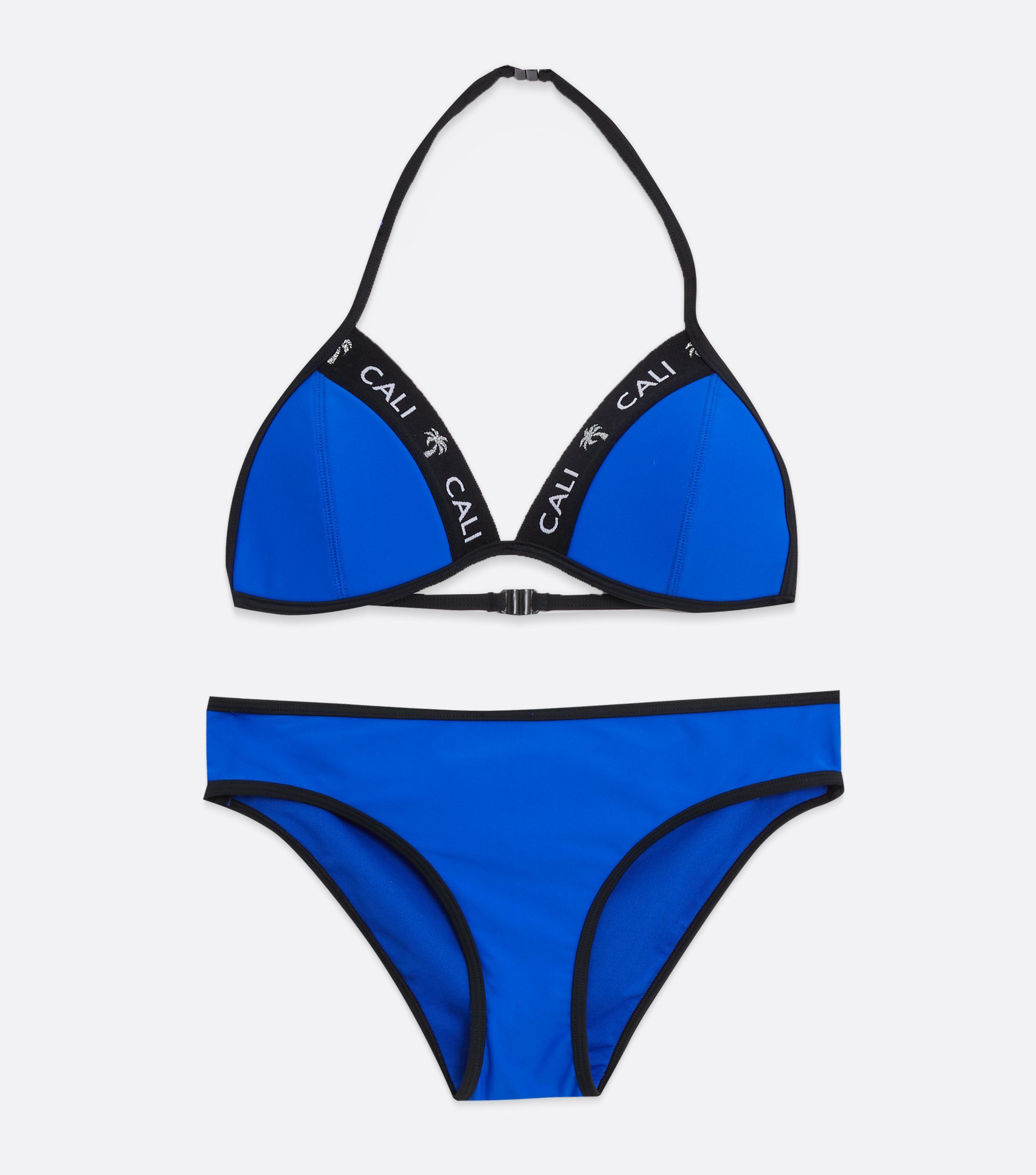