THE government's new health spokesman has been branded "racist" after tweeting that Chinese “suck the blood out of rabid bats as an appetizer”.

In now deleted tweets, Michael Caputo – a Republican political strategist and media consultant – also ranted that Chinese “eat the a** out of anteaters”. 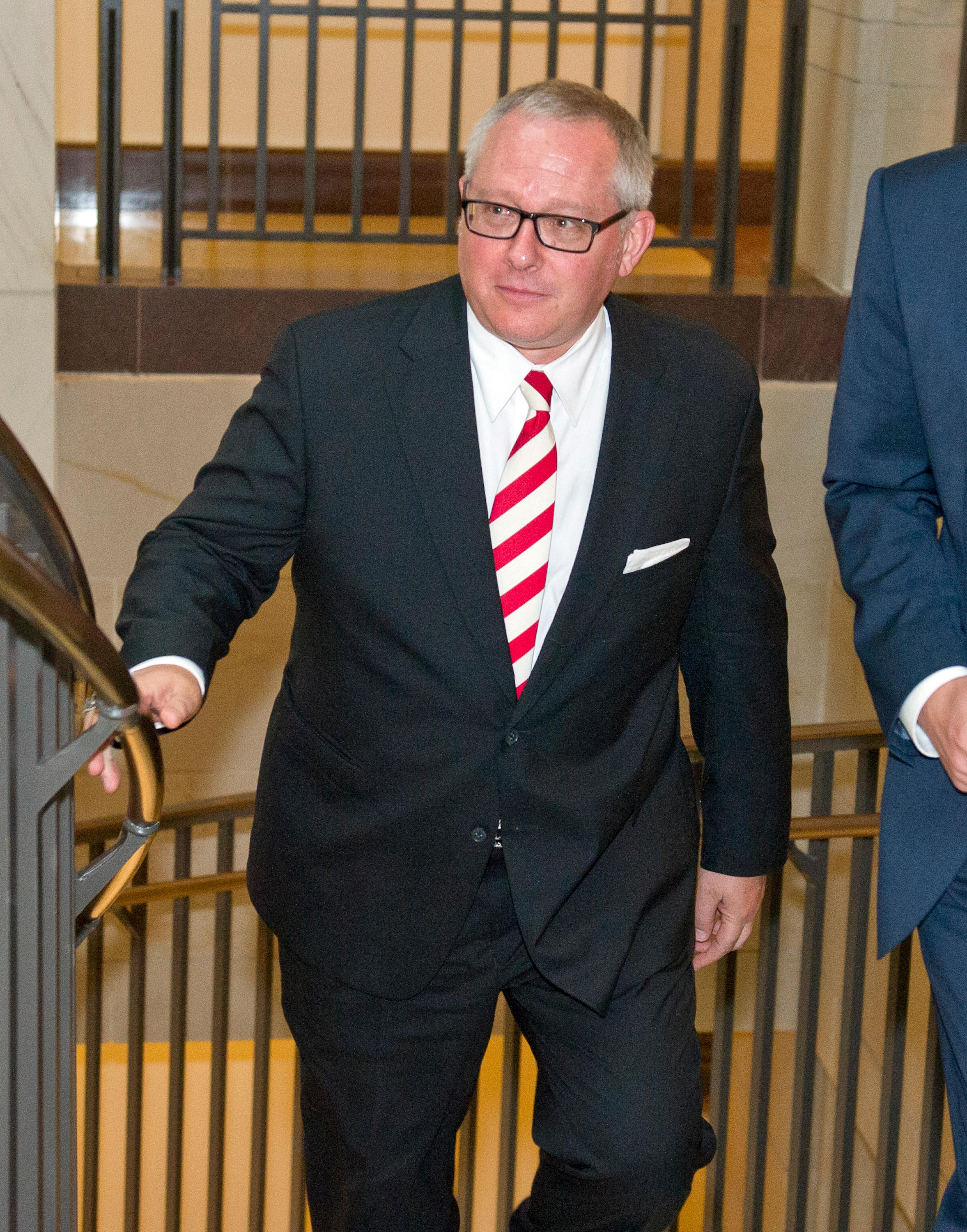 And last week he became assistant secretary of the Department of Health and Human Services (HHS) for Public Affairs.

But CNN has delved into his "racist tweets", which Caputo had shared under the heading of "Read/Watch The Ukraine Hoax!"

However, the broadcaster discovered that Caputo has removed most of his Twitter history prior to April 12, leaving just an odd blank space before then.

Their investigation found that Caputo had been replying in an offensive way to people taking Trump to task about him calling the coronavirus the "Chinese Virus".

He said he was upset that some Chinese officials had suggested without evidence that the US military transported the virus to Wuhan or that the virus was released from an American lab.

Caputo also tweeted: "This virus originated in Wuhan. You own it, and you know why.

"Nobody believes your bull****.

"Take your lumps and clean up your act so you don't kill the world."

He also called one detractor 'Wang' and asked another "don't you have a bat to eat?"

Caputo tweeted on March 18: "And they wonder why many people consider them now the enemy of the people.

"Carrying water for the Chinese Communist Party is reason enough." 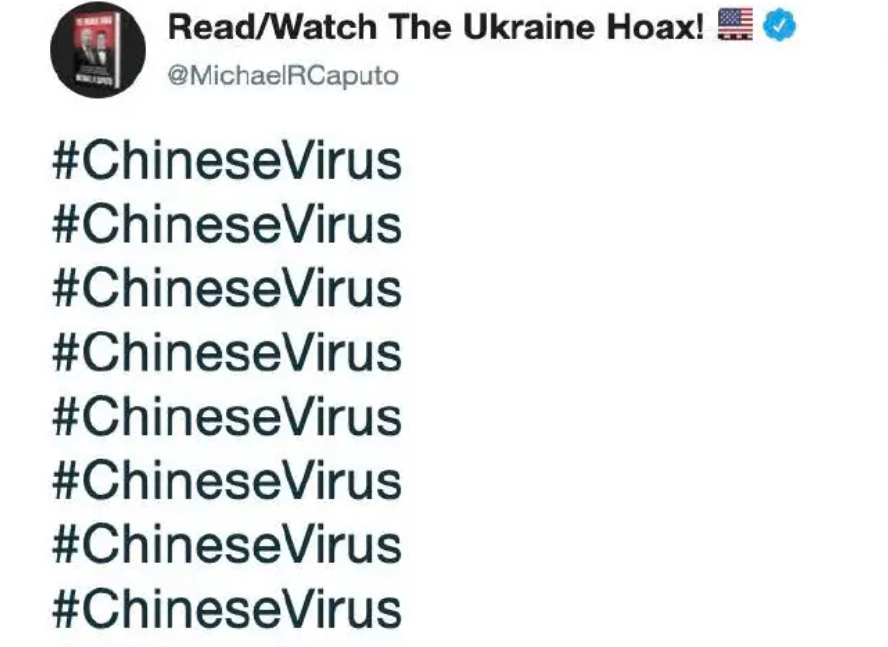 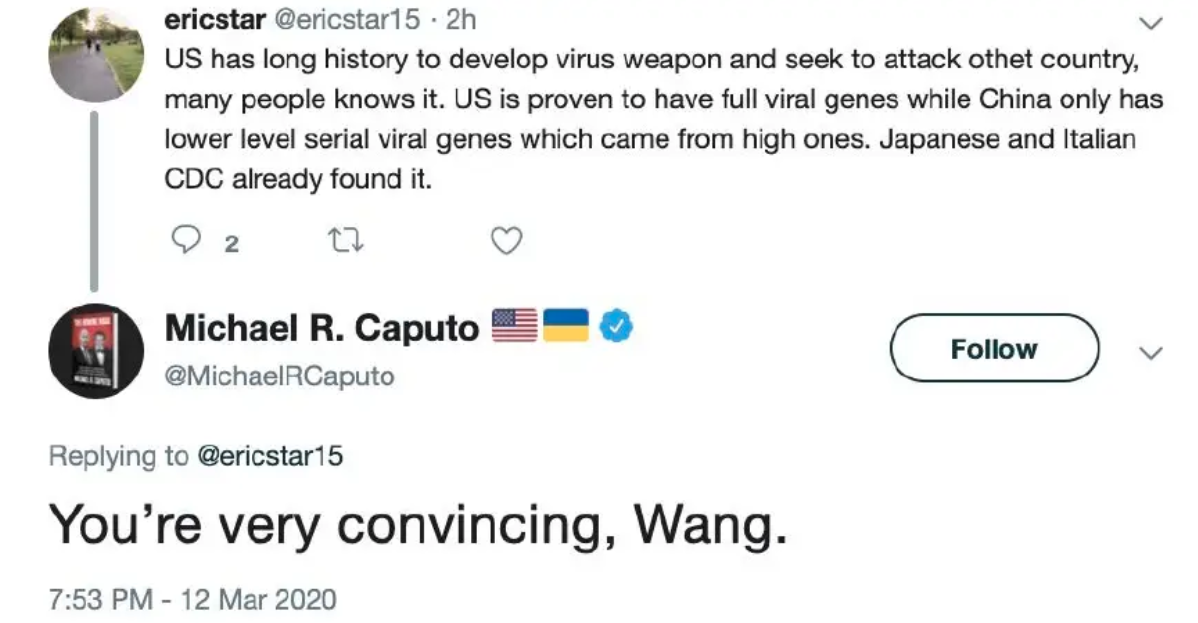 He was also gunning for the Democrats on Twitter.

In other now-deleted tweets he claimed they were capitalizing on the coronavirus pandemic to cause panic in the US and attack Donald Trump.

Caputo said: "The Chinese Communist Party has always been adept at lying to cover their murders.

"What's remarkable here is the US Democrats and their conjugal media repeating CCP propaganda because they hate Trump more than they love America.

"The Wuhan virus has exposed them."

He warned on March 14 that he was, "taking down names of progs who pic out of context phrases from administration statements so they can 'lol' for resistance cred while Washington deals with a pandemic.

Caputo also tweeted: "100s of thousands must die and the US economy must collapse for the Democrat 2020 victory strategy to succeed.

"They're getting so excited for the carnage. Sick people."

He later added: "This Democrat strategy, echoed by their conjugal media, will fail.

"America will punish them."

The Sun Online has contacted HHS for a comment on the CNN story and deleted tweets.

Caputo responded to CNN’s request for comment by saying that he was "a defender of the President" tweeting in a "spirited manner" that included calling out reporters.

But he said he's "now a servant of the American people and some might be disappointed, but my tweets will be different."

Trump warned China on April 18 that it should face consequences if it was “knowingly responsible” for the coronavirus pandemic, as he ratcheted up criticism of Beijing over its handling of the outbreak.

"It could have been stopped in China before it started and it wasn’t, and the whole world is suffering because of it.

"But if they were knowingly responsible, yeah, I mean, then sure there should be consequences,” Trump said at a White House press briefing.

Washington and Beijing have repeatedly sparred in public over the virus.

Trump has said his government is seeking to determine whether the virus emanated from a Chinese lab.

As far back as February, the Chinese state-backed Wuhan Institute of Virology dismissed rumors that the virus may have been artificially synthesized at one of its labs or perhaps escaped from such a facility.

Researchers are still investigating the new bug – including its origins and how it has mutated and spread across the globe, killing about 190,000 so far. 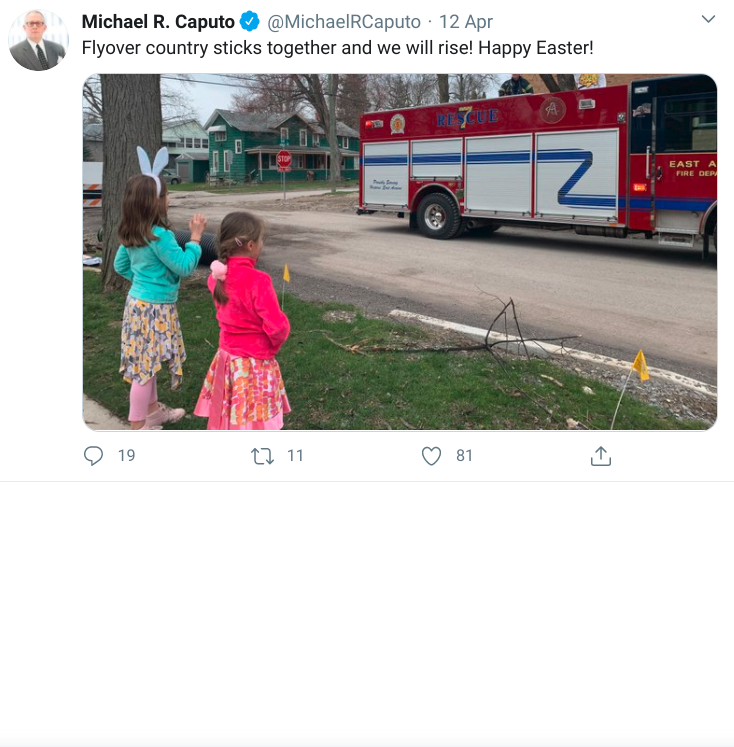