A New Hampshire man who was out on federal supervised release is accused of gunning down another man in front of his children at a summer gathering on Father’s Day in a Boston neighborhood.

Ira Grayson, 35, of Manchester, New Hampshire, was arraigned Tuesday at the Roxbury Division of the Boston Municipal Court on murder, unlawful possession of a firearm and drug-related charges, the Boston Herald reported. He was ordered held without bail after allegedly fatally shooting 33-year-old Stacy Coleman at 8:36 p.m. Sunday on Danube Street in Boston’s Dorchester neighborhood.

Boston police officers who responded to the scene found Coleman suffering from a gunshot wound to the chest and transported him to a local hospital, where he was pronounced dead, WYCN-LD reported.

During the course of the investigation, Boston Police detectives assigned to the Homicide Unit learned that Grayson and Coleman were both present at an outdoor gathering on Danube Street when they became involved in an altercation, Suffolk County Assistant District Attorney Jennifer Hickman said.

Hickman told the court that there were two firearms involved in the altercation, and Grayson admitted himself to an area hospital with a non-life threatening gunshot wound to the arm. He was in possession of illicit drugs at the time of his arrest at the hospital, prosecutors said. 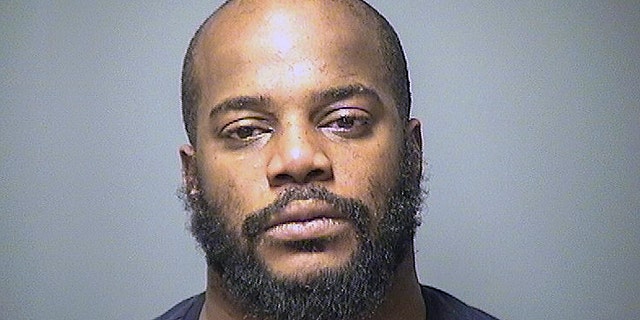 He was arrested at the hospital around 10 a.m. Monday – just three weeks before he was scheduled to appear in federal court in Manchester, where a judge was to decide whether he would return to federal prison for violating terms of his probation, according to Dorchester Reporter.

Grayson was on federal supervised release after being convicted of being a felon in possession of a firearm in New Hampshire, according to Boston.com. The U.S. Attorney’s Office for the District of New Hampshire agreed to allow Grayson to remain out of jail before his July 15 hearing.

“As the weather turns warm and our communities shed pandemic-era restrictions on gatherings, there become more opportunities for personal conflict and confrontations,” Suffolk County District Attorney Rachael Rollins said in a statement. “No matter what those conflicts may be, there is never an excuse for taking a life or inflicting harm through violence.”

Coleman was reportedly shot in front of his kids on Father’s Day, Boston.com reported.

“Mr. Coleman’s family and loved ones are now left grieving and asking questions that we will try our best to answer,” Rollins added. “My office is available to this family and all survivors of homicide in Suffolk County to help connect them with resources and to provide the support they deserve.”