NEIGHBOURS have been left furious at a 6ft mountain of rubbish after a son allegedly advertised his cottage garden as a TIP.

Tonnes of waste was left strewn on a doorstep and then burnt in towering fires in leafy Upminster, Essex. 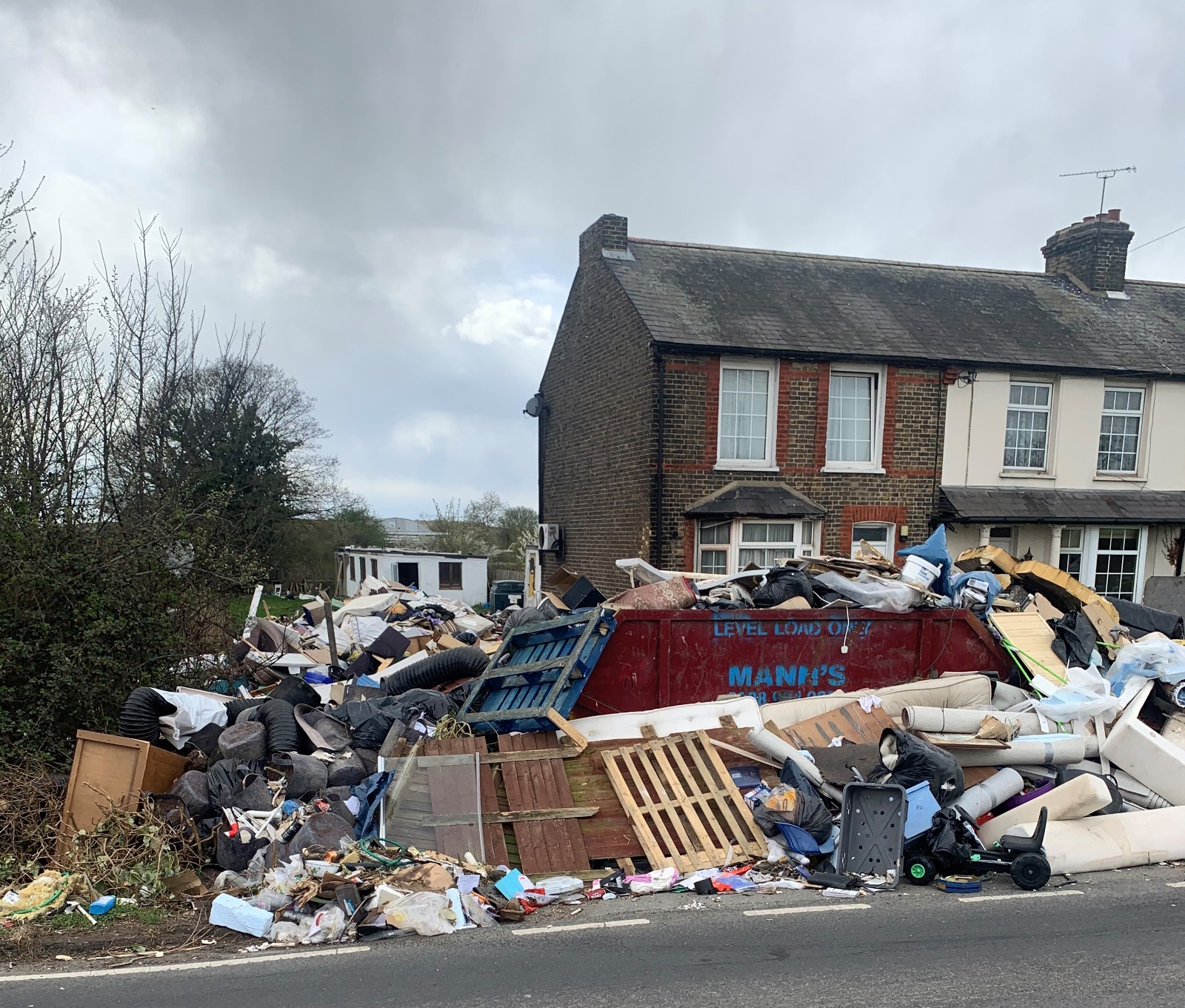 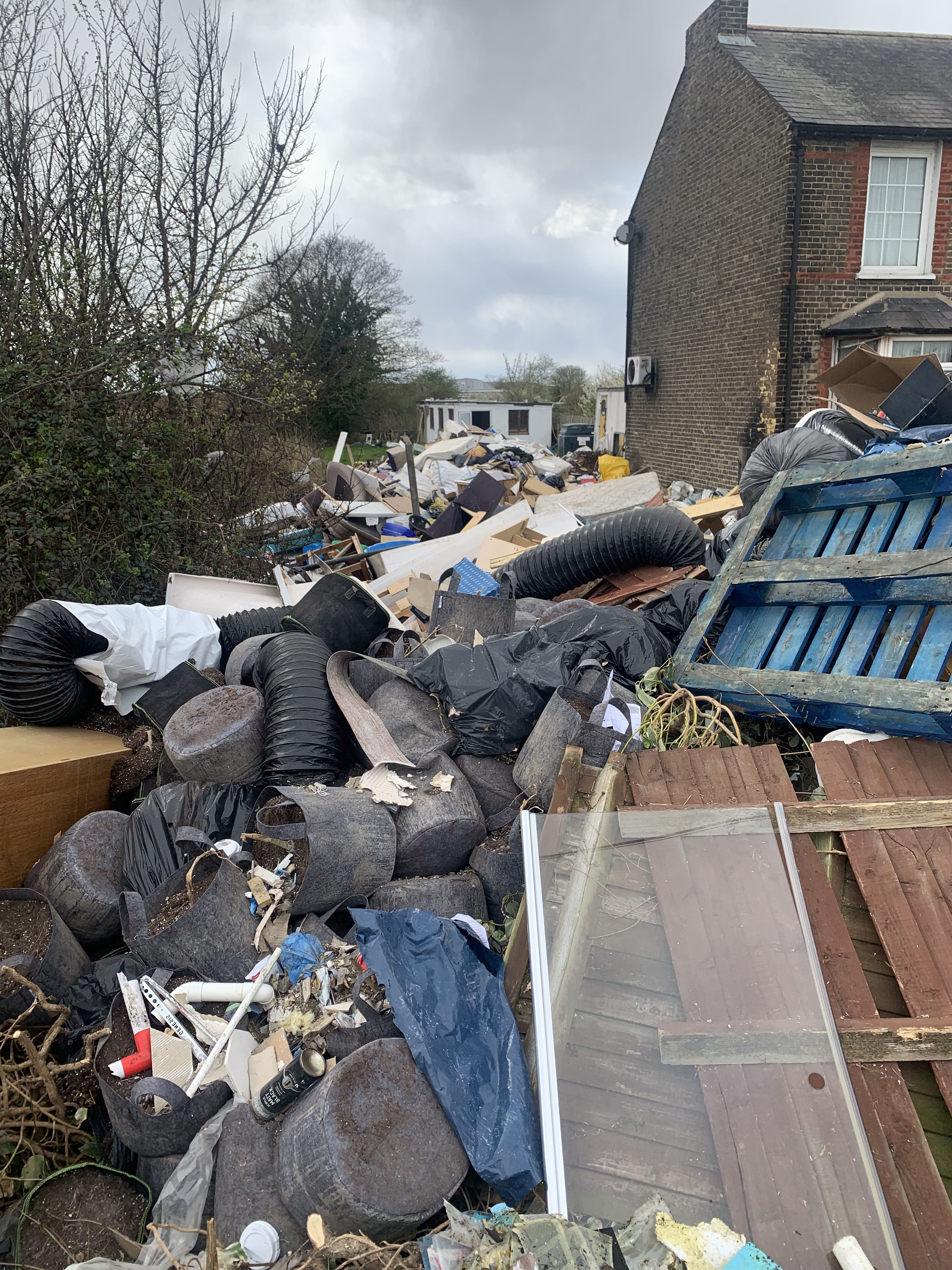 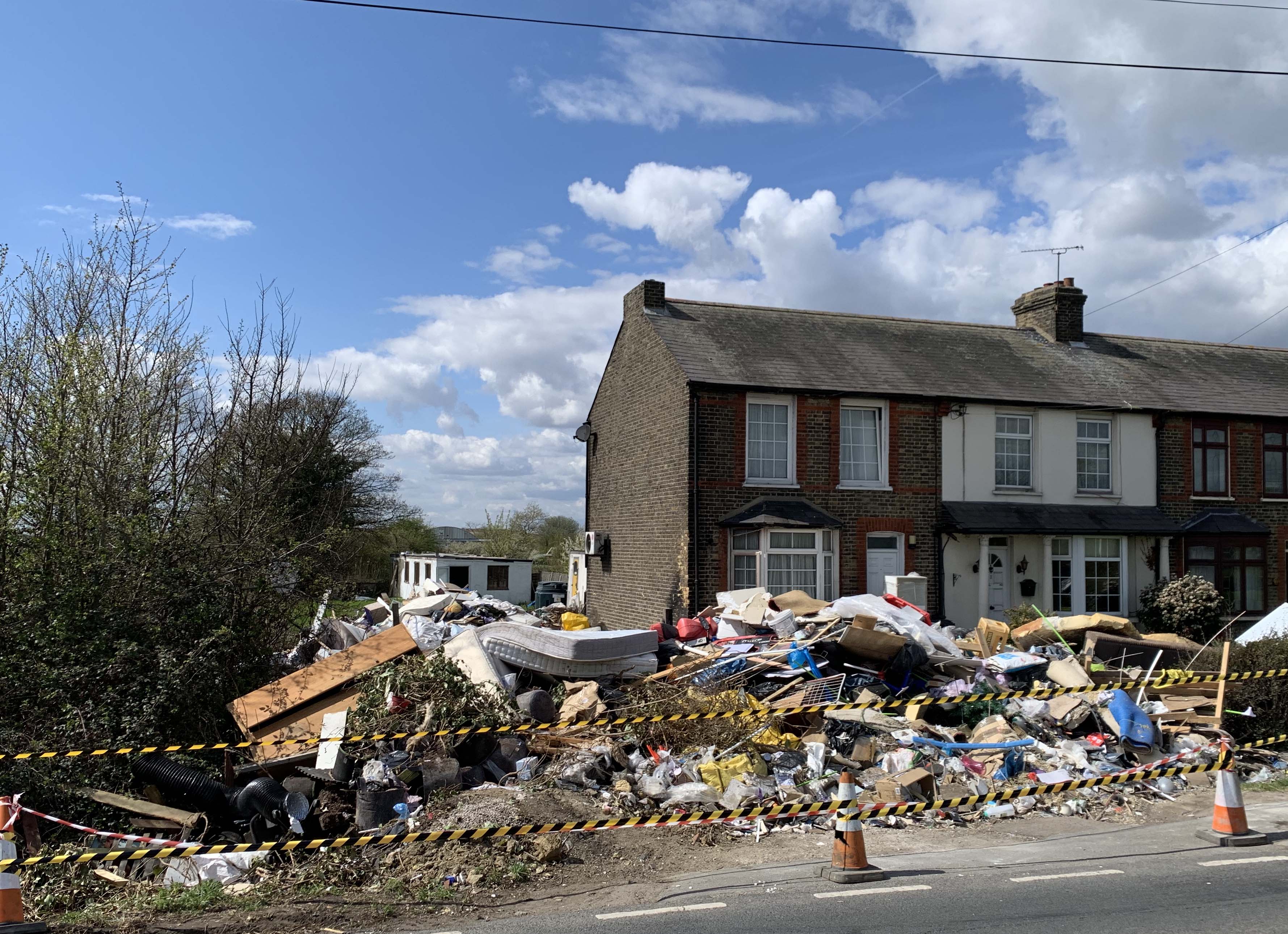 A sofa, bed, fridge, digger tyre and mounds of building waste cover the front garden next to a bustling road – where cars whizz by at 40mph.

Fed up locals have called cops, firefighters and local council officials – but the piles of waste remain outside the 120-year-old countryside cottage.

At points the refuse towers 6ft tall and spilled out onto a busy road, and neighbours say “huge” fires are lit once a fortnight to burn the waste.

Locals claim flatbed trucks loaded with waste were turning up more than twice a day to dump the rubbish and it has been going on for nearly EIGHT WEEKS. 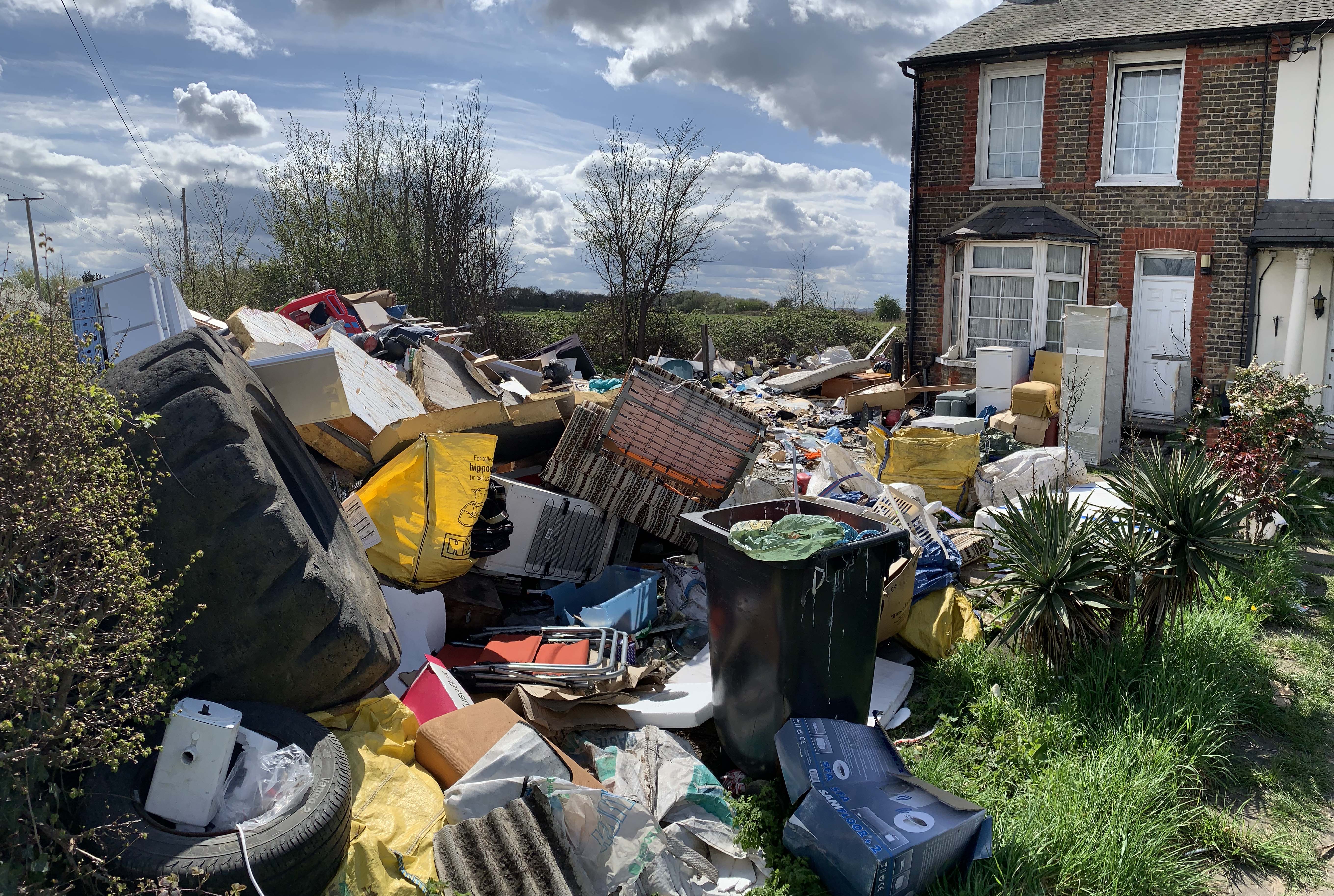 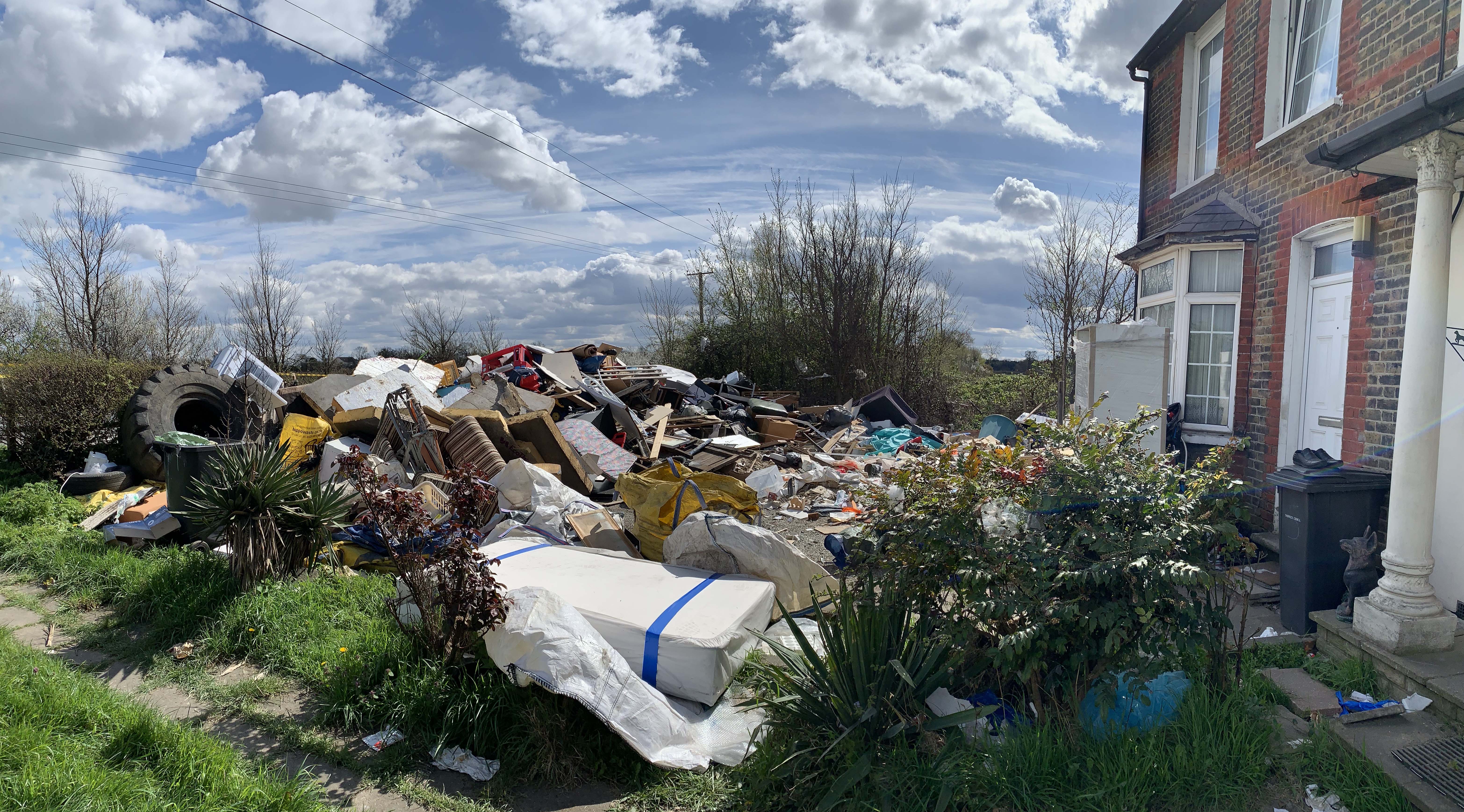 Neighbour Ken Lees, 76, told The Sun: “It is an illegal tip.

“I’ve lost count of the amount of times the fire brigade has been down.

“I think the son works but his cohorts have carried on dumping the rubbish when he is not there.

“It is very awkward, it is not too clever living here."

The retired fencing manufacturer said: “Today is a very still day but what concerns me is when the wind blows the rubbish goes up the street.

Another local – who did not want to be named – said: “All his mates have been getting the rubbish and it has been dropped off there, he’s been getting paid for it.

“The fire brigade has been down here six or seven times and I don’t mean little fires, they are huge."

The son told The Sun Online yesterday that the waste had piled up after losing a family member – but refused to say more. 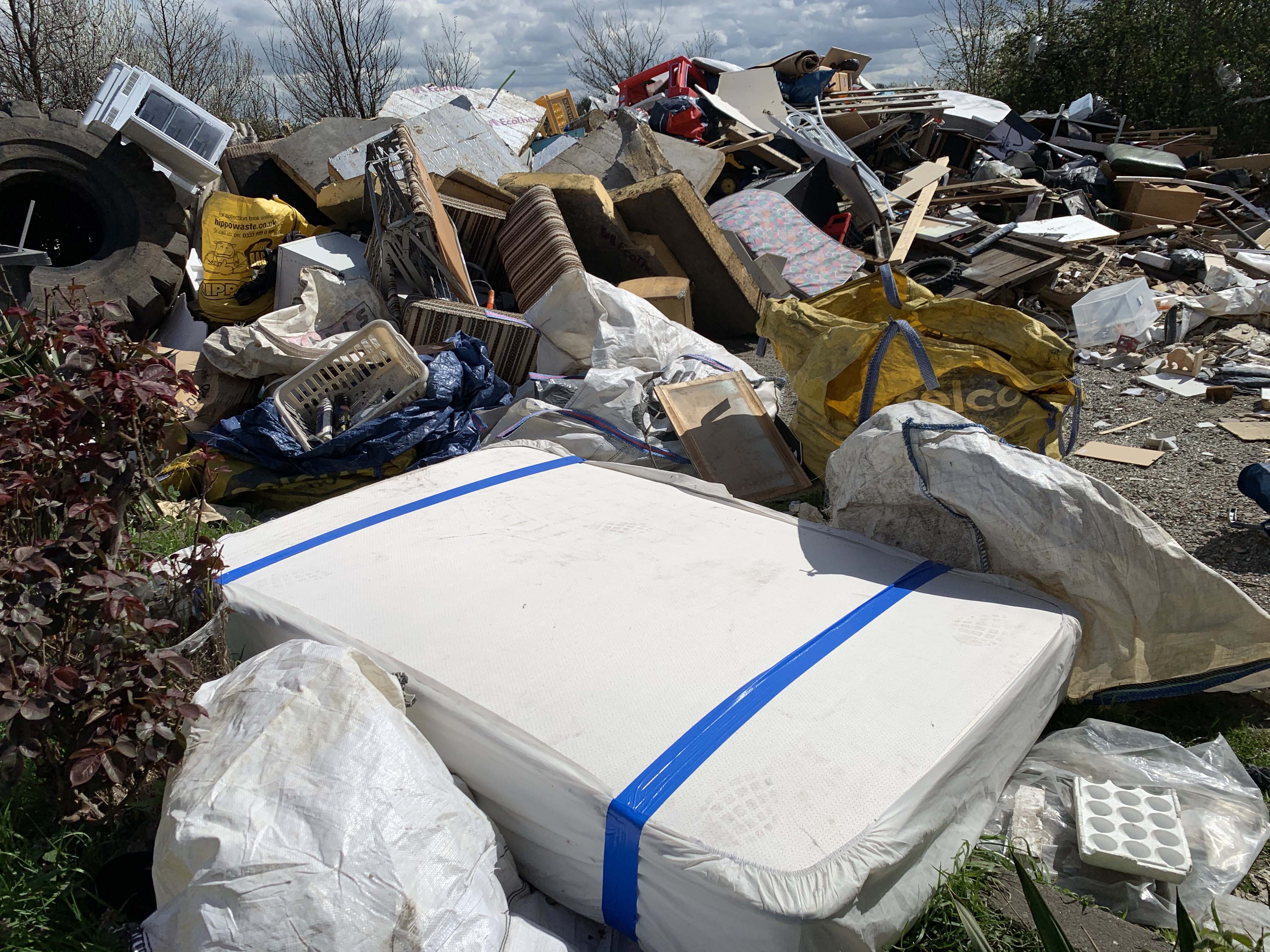 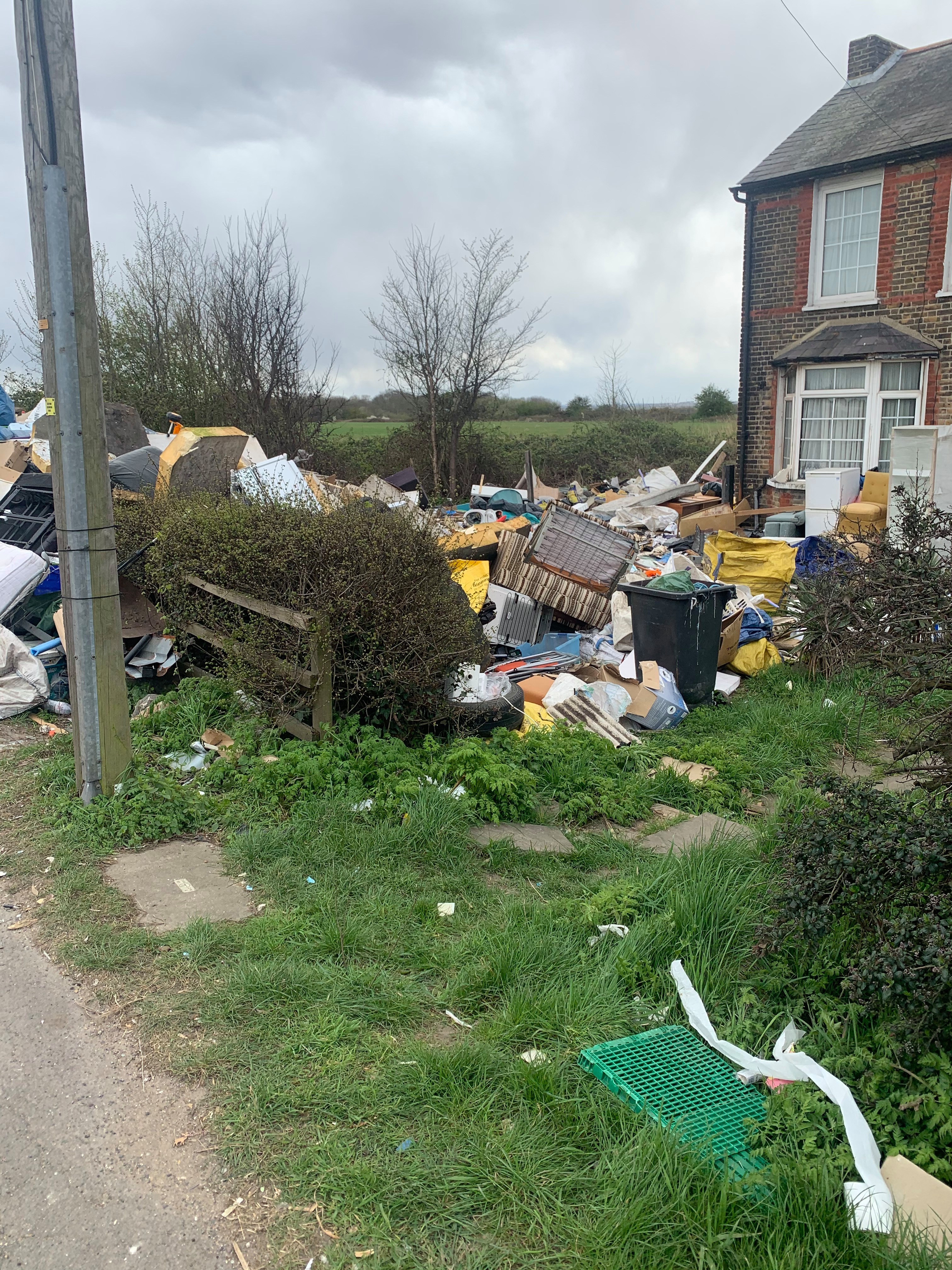 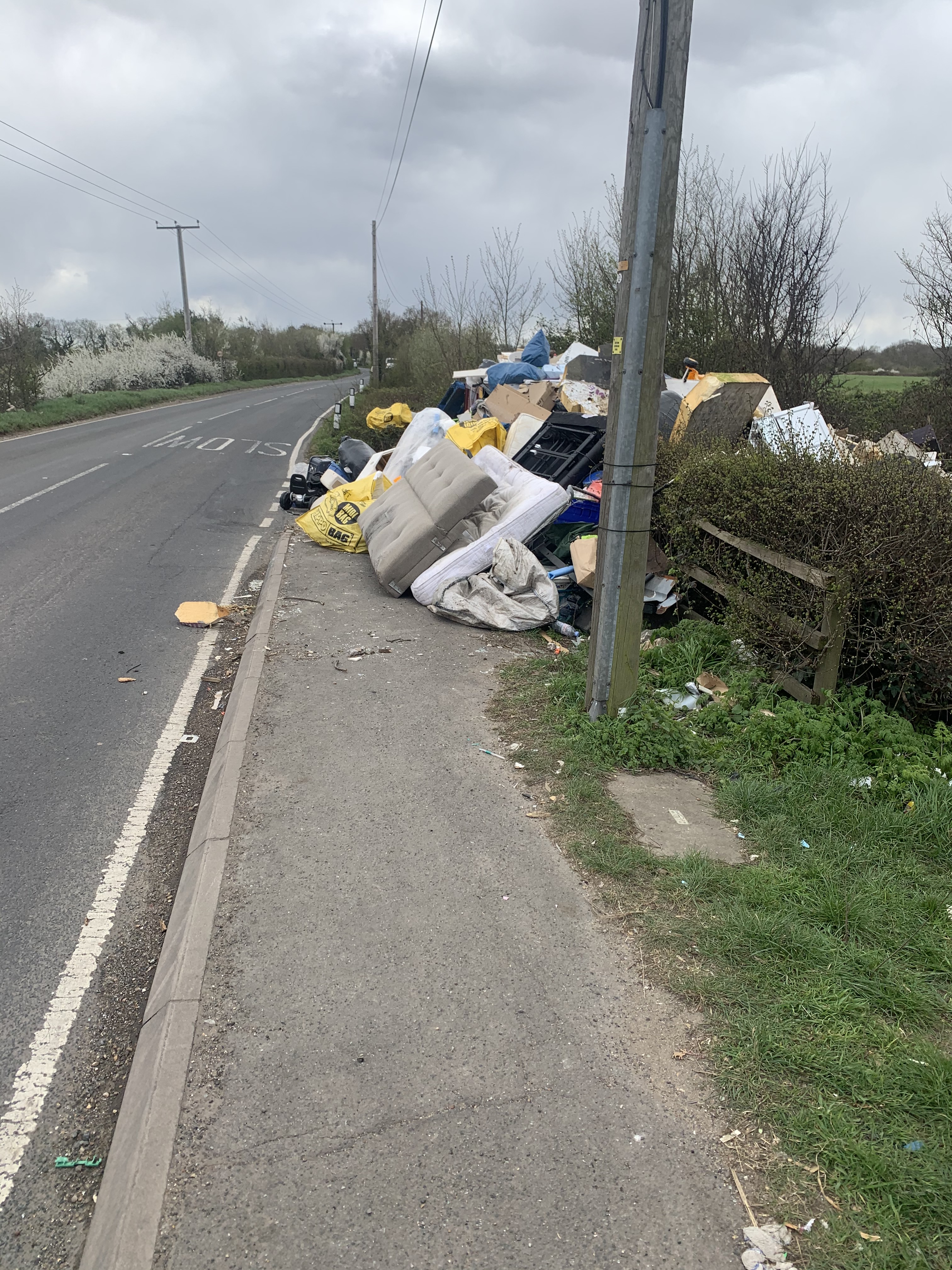 When asked if the festering mound would be tidied up, he answered: “Yeah,
yeah, of course it is.”

Council environment enforcement officers have served a community protection notice and officers have been in regular contact with the Fire Brigade, Environment Agency and the alleged offender.

Havering Council leader Damian White said: "We have been dealing with an issue of significant amounts of rubbish being burned on private land.

"This week, matters escalated as the rubbish had started to spill on to the grass verge outside the house, causing a potential road hazard and having a major impact on the local environment.

“The council attended the site and took immediate action to clear the rubbish.

"Officers continue to deal with the waste that remains on the private land, in partnership with the Environment Agency and London Fire Brigade."