Five massive cargo ships and an oil tanker that have anchored themselves off the Welsh coast have mystified residents – with residents speculating some could contain toilet roll.

The vessels are stationed in the Bristol Channel as they wait to dock at Port Talbot after the first of the group arrived at the weekend.

The 200-metre Mediterranean Highway was the first to arrive and is registered in Panama, WalesOnline reports. 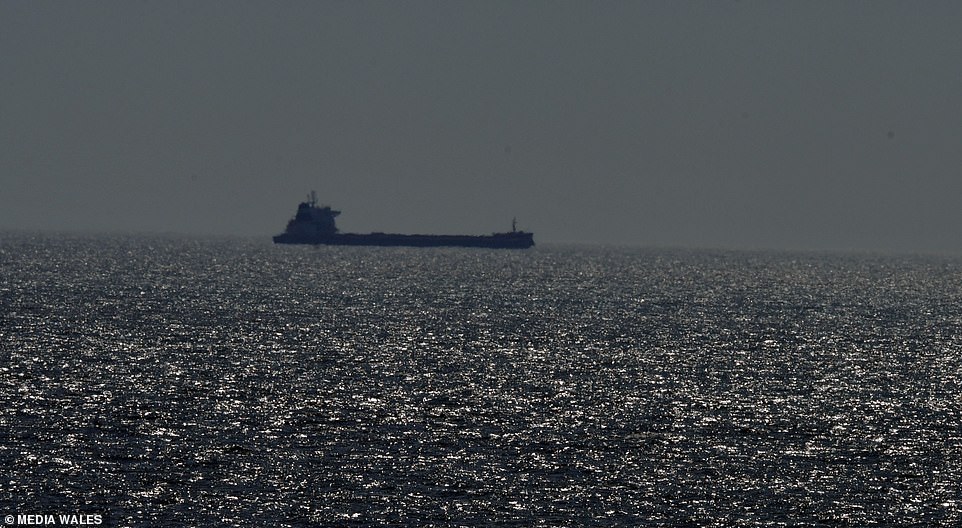 Measuring from 75 to 229 metres, it is not clear how long the ships will be in the channel or why they are there.

But Business Insider yesterday reported that a record amount of crude oil is being stored offshore due to a huge decline in demand during the coronavirus pandemic.

One of the vessels – the UK-registered Whitstar – is classified as an oil products tanker.

It came as US oil prices hit below zero for the first time earlier this week, which means producers are paying buyers to take it.

In the latest never-before-seen number to come out of the economic coma caused by the coronavirus pandemic, the cost to have a barrel of U.S. crude delivered in May plummeted to minus $37.63. It was at roughly $60 at the start of the year.

The drop came because contracts to have US oil delivered in May expired on Tuesday and traders were expected to run out of places to store it within the next two weeks, meaning they were paying buyers who have space to take barrels off their hands.

People have taken to social media to share their confusion and demand answers about the ships.

One wrote on Facebook: ‘Anyone know what ship/boat is in the bay this morning? Looks like a cruise ship.’

Another responded: ‘If it’s the right one I believe it’s a car carrier!’