A MUM made a stern warning to other parents after her five-year-old daughter was rushed to hospital with her tongue STUCK in a water bottle bought on Amazon.

Kirsty Williams, 23, panicked after little Angel Watkins' tongue turned blue as doctors were forced to SAW the lid off during emergency surgery. 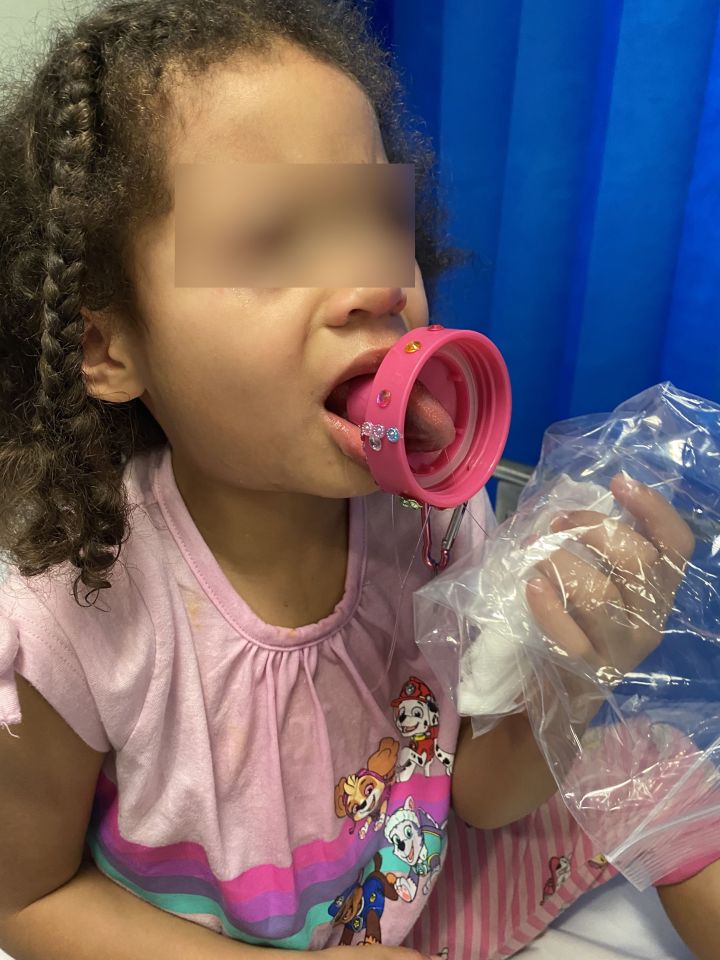 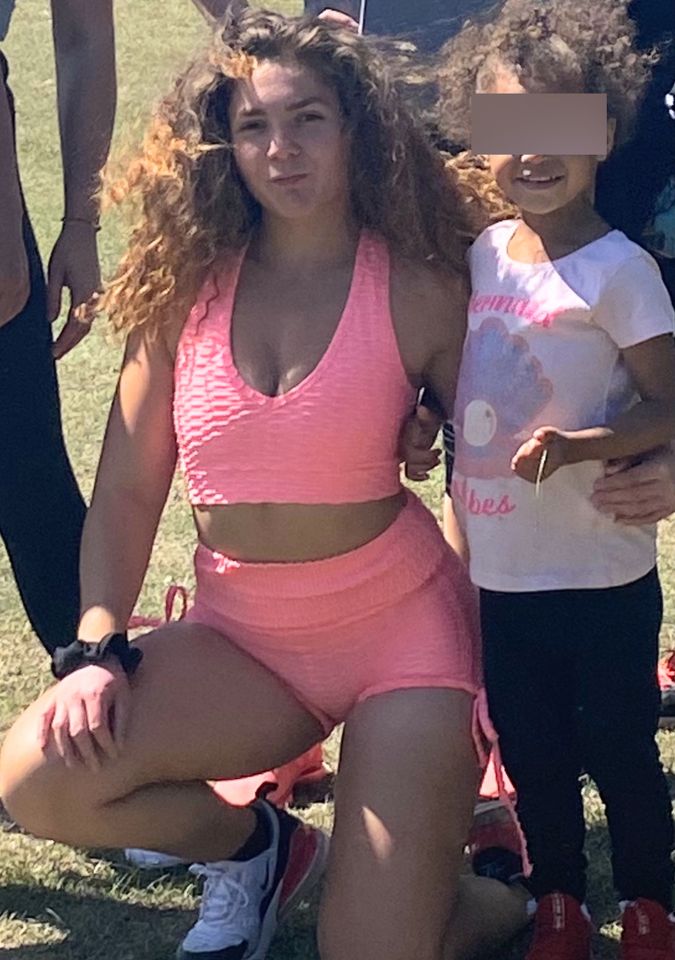 The 23-year-old purchased the customisable Purple Ladybug water bottle and watched as Angel excitedly stuck stickers all over it – completely unaware of the "freak accident" about to unfold.

The personal trainer was teaching a Zoom session on Saturday morning when the youngster ran into the room with her tongue stuck inside the lid of the drinks container.

Kirsty called emergency services in terror when the tot began screaming and panicing as her tongue started turning blue.

Angel underwent emergency surgery at Medway Maritime Hospital – where surgeons were forced to saw off the lid in order to free the 5-year-old's tongue.

Mum Kirsty is now warning other parents to stay vigilant when their children are drinking from water bottles to avoid suffering the same fate – after vowing Angel will be using straws when drinking from bottles from now on.

Bottle makers Purple Ladybug confirmed they were temporarily halting sales of the product while they investigate what happened.

Kirsty, from Dartford, Kent, said: "It was a freak accident. This was a very traumatic experience for the both of us and I wouldn’t want anyone else to go through this.

"This was just a normal water bottle. It had a normal drinking hole. It's not something you'd think would happen.

"[Her tongue] was swelling up, it was bleeding and she was screaming and panicking.

"Keep an eye on your little ones and make sure that they're okay when they're having water. Angel will only be drinking from water bottles with the straws from now on.

"It's about raising awareness to other parents that this can happen, and you need to be really careful."

Mum-of-one Kirsty claims she didn't realise how serious the accident was until Angel's tongue began to swell up and "go blue on the ends."

She was forced to bundle Angel into her friend's car and rush to hospital – where she claims doctors admitted they had never seen anything like it before. 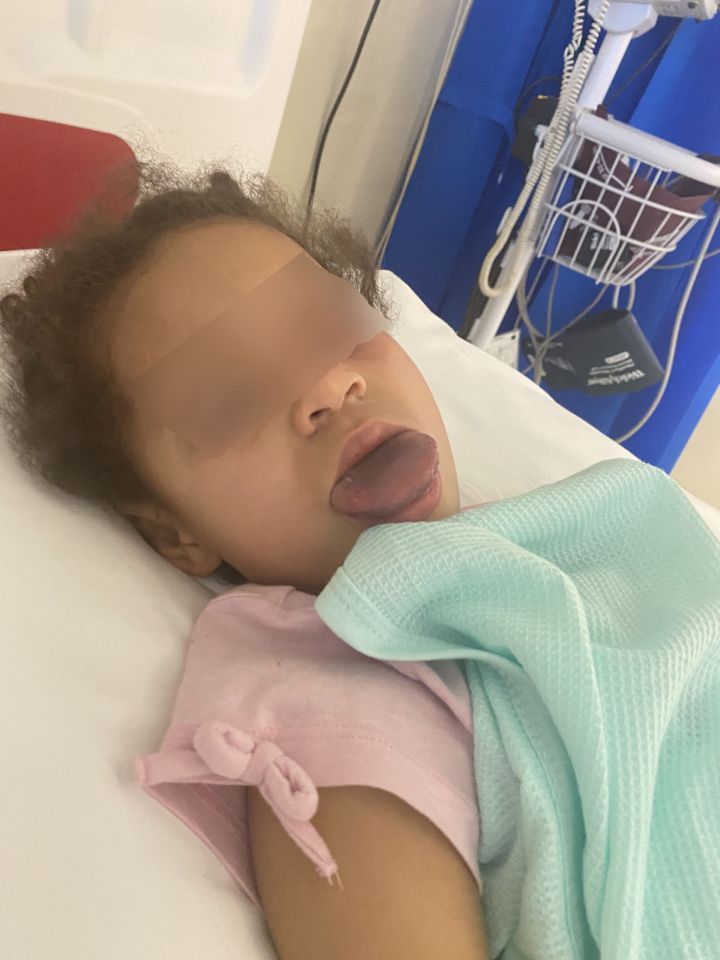 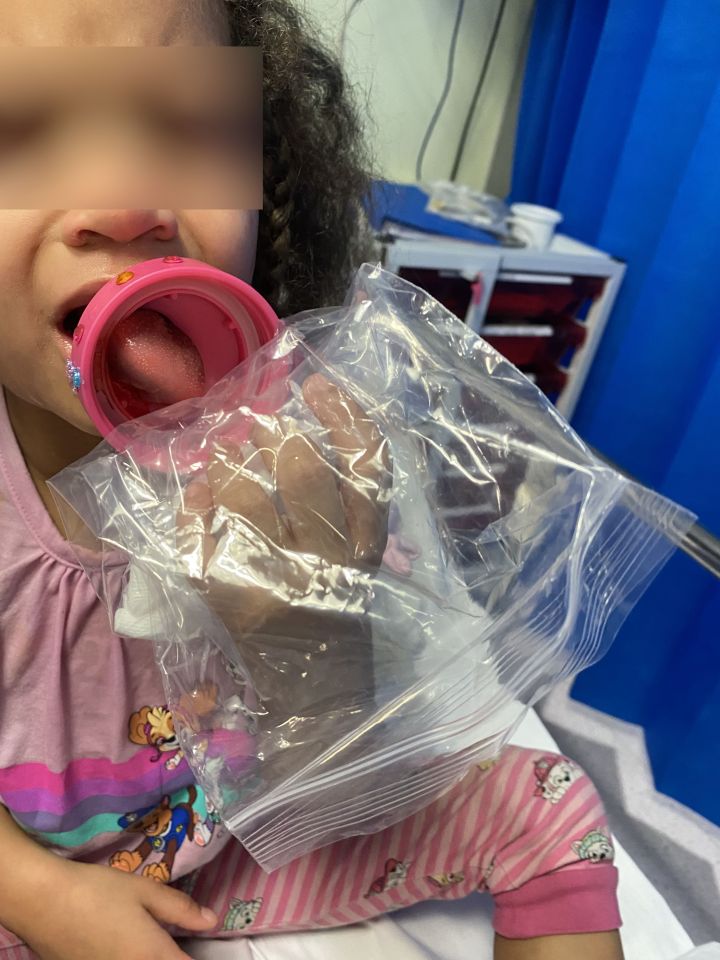 After staying for an assessment, terrified Angel was put under general anaesthetic and had surgery to remove the lid.

The unlucky tot was then left too scared to eat – and survived on jelly and ice cream for two days.

Kirsty said: "I was on a Zoom call at the time. I was teaching a class. Angel got up at 9am and asked for a drink in her bottle.

"She got that [bottle] for getting Star of the Week because she'd done really well with her home-schooling. She really loved the bottle because she got to decorate it herself. Since she'd got it, she'd been drinking out of it all the time.

"I made her a drink and she'd gone to watch TV while I was teaching my class.

"She then came into the living room with the bottle stuck to her tongue.

"At first, I was like 'it's alright, stop being silly. Take your tongue out'. Then I realised it wasn't coming out.

"She wouldn't let me near her to start with. I managed to remove the lid from the bottle thinking once it came off then it would relieve the pressure, but it was still stuck.

"We called 999 and they told us to go to the hospital. She was so scared. The doctors wanted to weigh up their options.

"They put ice on it to bring the swelling down, but her tongue seemed to be getting bigger. It was going blue on the ends."

When the mother and daughter arrived at Medway Maritime Hospital, a medical team was waiting for them and initially tried to numb Angel's tongue, but the terrified little girl was too distressed.

Kirsty said: "All the doctors and nurses had never seen anything like it before. I didn't realise how serious it was.

"Initially they didn't want to put her to sleep because the bottle was blocking her tongue and there was a risk of her airways getting blocked.

"They then decided to put her to sleep and she went into theatre. She was around 15 minutes in there and it was off. They told me that they had to get the bone surgeon to come in and saw it off."

Little Angel was discharged the following day with a sore tongue and a lisp, after her traumatic experience.

Kirsty said: "She couldn't eat for two days. She was really scared because of her tongue. She had a bit of a lisp for a few days because her tongue was still quite swollen, but it's gone back to normal now.

"The company have been really good. They're looking into making the product safer and said they have children themselves so they are very concerned. They gave me a refund straight away and offer to send out little craft things."

Amazon confirmed they are investigating the incident.

A spokesperson for Purple Ladybug said: "We are very concerned to learn of the accident involving Kirsty Williams’ daughter. At Purple Ladybug, customer safety is our number one priority.

"We have temporarily halted sales of our water bottles while we investigate what happened. We are committed to ensuring they are as safe as possible for children."

The Sun Online has approached Amazon for a comment.