WHEN Figen Murray opens her bedroom curtains on Mother’s Day today, she will look straight for a newly planted tree in the park opposite.

The ginkgo biloba sapling is dedicated to her son Martyn Hett, one of the 22 people killed in the 2017 Manchester Arena terror attack. He was 29. 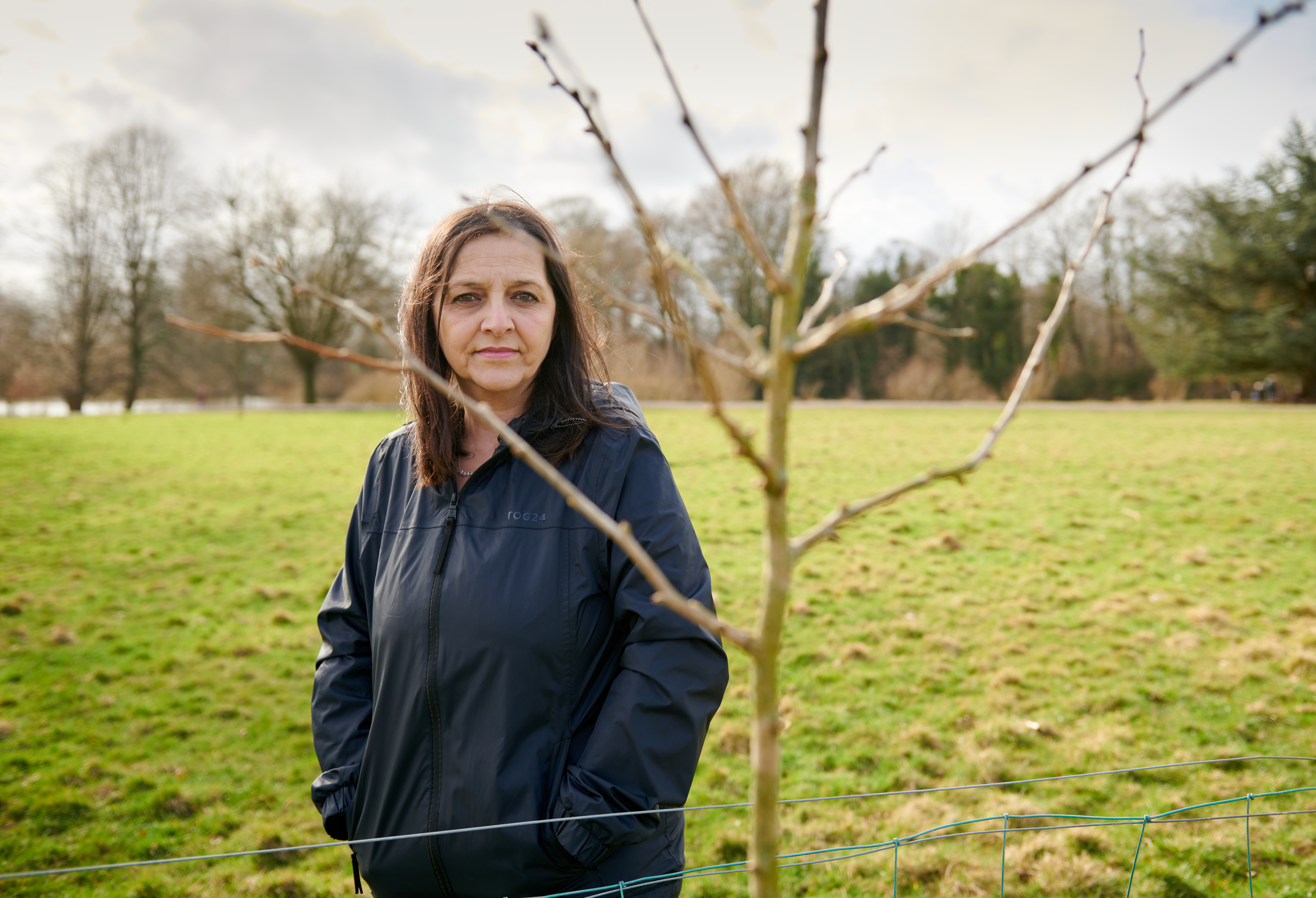 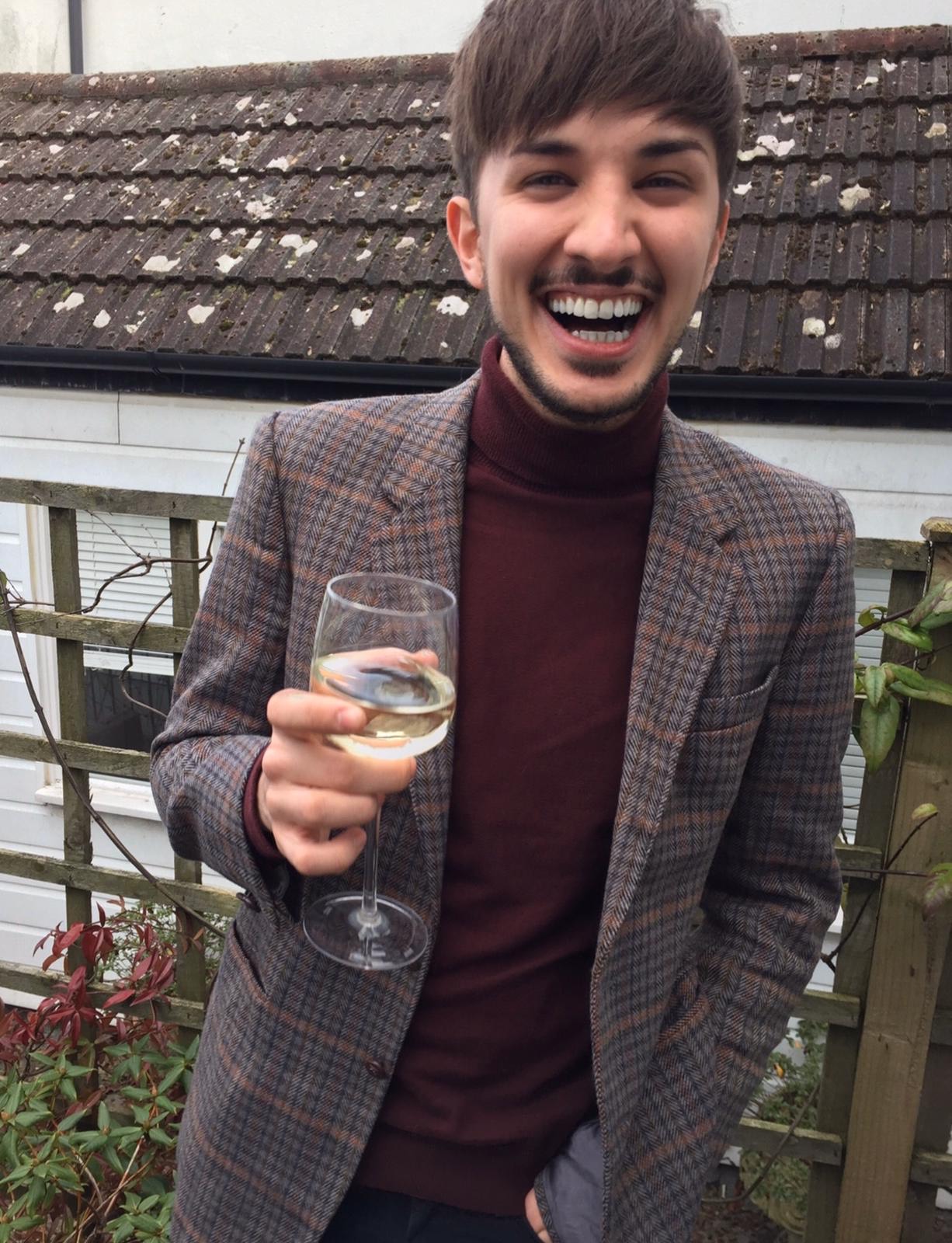 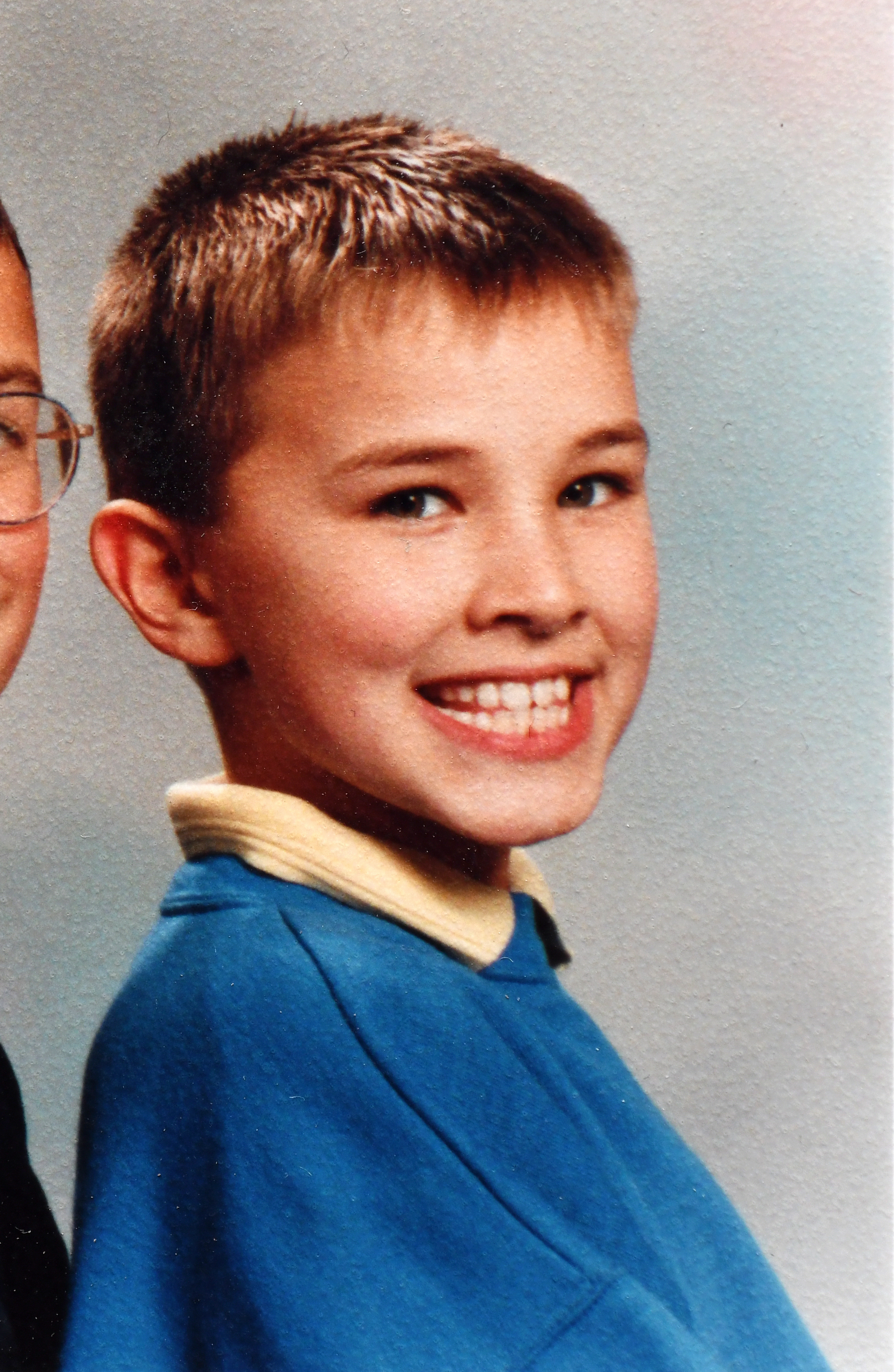 Speaking to The Sun on Sunday, Figen, 60, explained: “On special days like Mother’s Day I go over to the tree and spend a few moments there.

“It gives me comfort every day. When I wake up and open the curtains I can see it right in front of me. I can go on my own and feel Martyn with me.”

Figen added: “It might sound daft but you need those things to get you through.

“Martyn is the first thing I think about every morning and knowing his tree, which can live for 1,000 years, is outside is a great comfort. It’s reassuring that it will be here long after I’m gone.

“Mother’s Day is always an emotional day. I have a memory box full of cards that Martyn sent to me, but it is a struggle to look at them. Just knowing I have them is a reassurance.”

Figen, who has four other children, is now doing a masters degree in counter-terrorism, and is pushing for “Martyn’s Law” to increase safety at public venues.

Figen said: “People ask me what my job is and I tell them that it is being Martyn’s mum, I’m his representative now.

‘I HAVE FORGIVEN THE TERRORIST’

“I can’t think of doing anything else with my life apart from this. I couldn’t save him but I can now be his mum, his advocate and his voice to stop it happening again.

“We can make sure that the mistakes from last time aren’t made again.”

Martyn, a keen YouTuber and Coronation Street superfan with a flourishing career in PR, had been in high spirits before attending Manchester Arena on May 22, 2017, to see US pop star Ariana Grande. 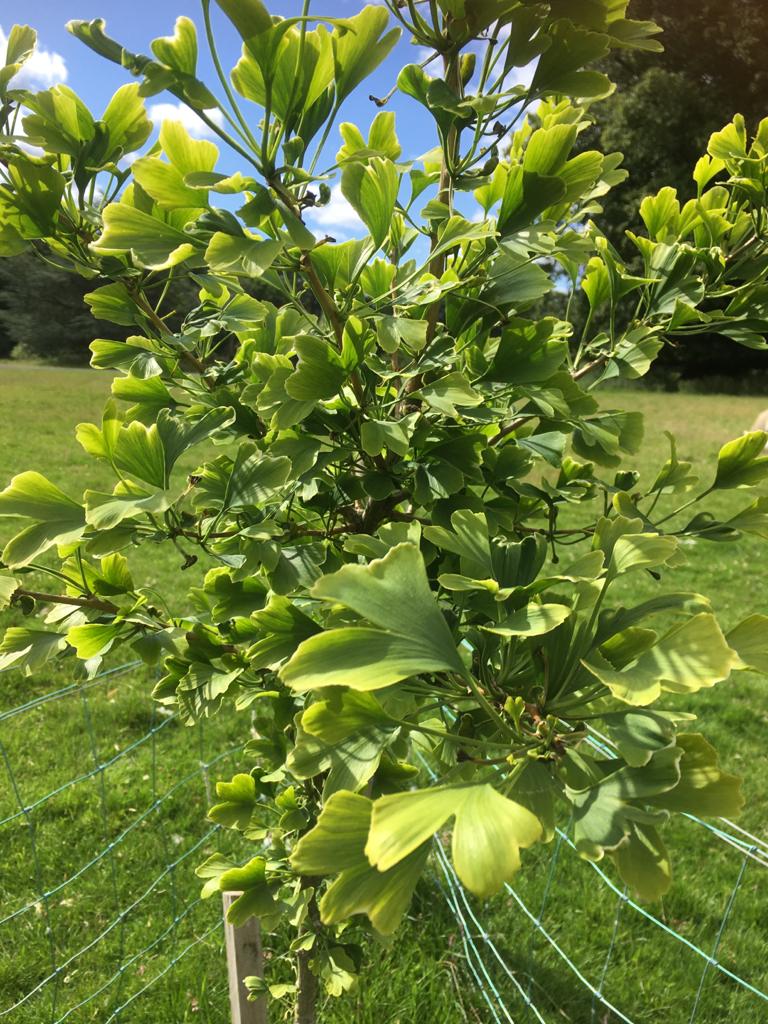 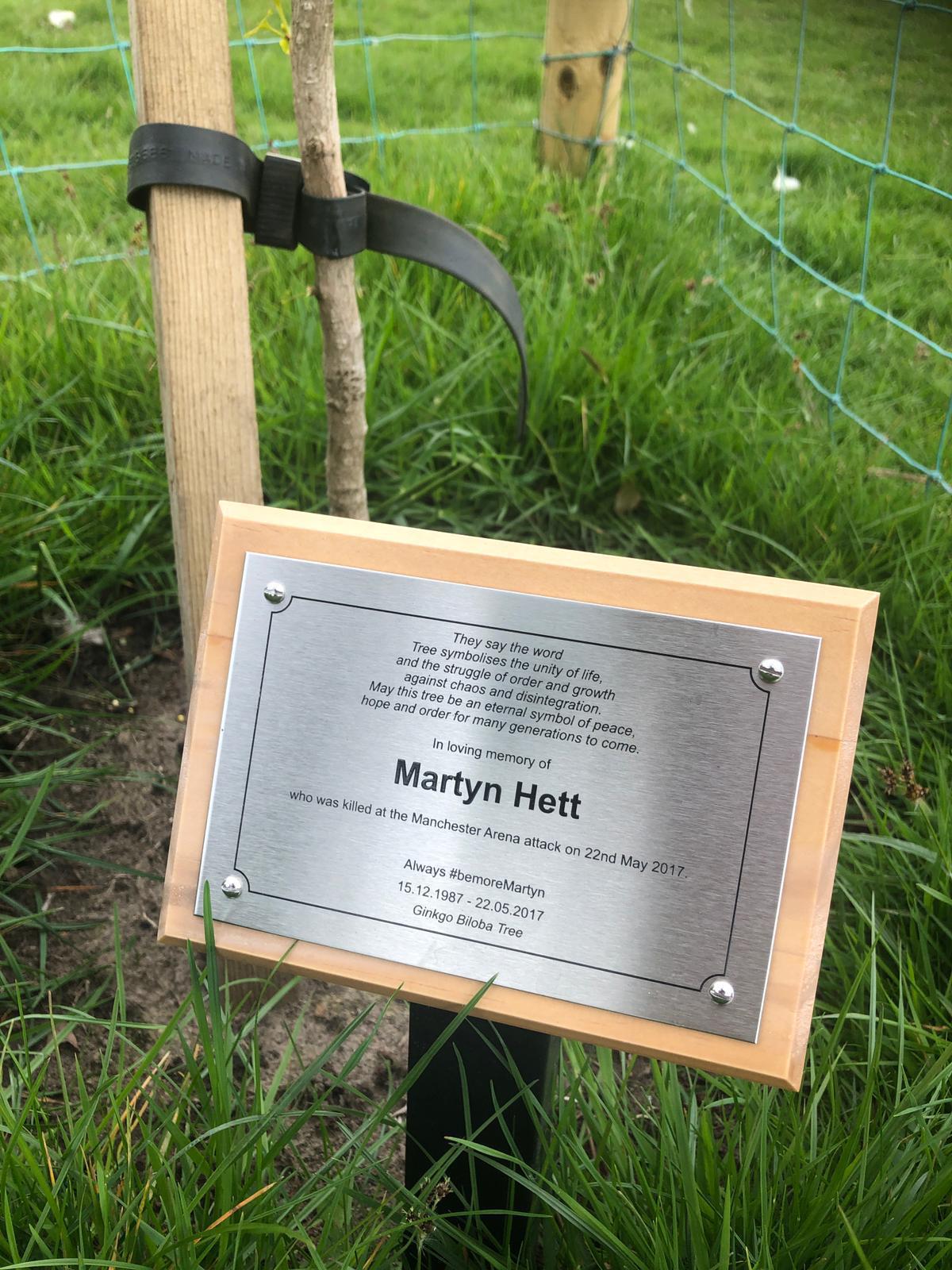 But as the 20,000 fans began to file out, Islamist fanatic Salman Abedi, 22, detonated a homemade bomb laced with screws, nuts and bolts.

As well as those killed, more than 800 people, many of them children, were injured. The concert was supposed to be Martyn’s farewell night out before travelling the world.

An inquiry into the atrocity began in September last year — and between them Figen and husband Stuart, 56, a GP, have barely missed a day.

Martyn is the first thing I think about every morning and knowing his tree is outside is a great comfort.

They have listened to how more lives could have been saved if emergency services were better prepared for a terrorist attack.

Figen said: “It has been very difficult to listen to evidence but I have tried to go into professional mode and be pre-pared to hear painful things, but it’s tough. I was not surprised to hear terrible witness accounts and explanations of serious failings.

“I cut off my emotions, but that doesn’t mean it was comfortable. If anything, it makes it more clear we need Martyn’s Law.”

Figen is hoping to have Martyn’s Law implemented before next year’s Mother’s Day after the Government last month set out plans to protect public places from terrorist attacks.

The legislation aims to ensure that arenas, theatres and local authorities introduce greater protection measures, such as metal detectors and bag searches, at large venues.

It also calls for anti-terrorism training for staff and location assessments to identify a venue’s vulnerability to attack.

Figen said: “It’s easy to blame others for what happened but I have forgiven those mistakes, including the terrorist — he was just a boy himself.

“My biggest fear is other young children being radicalised and groomed while being stuck on their computers during lockdown. 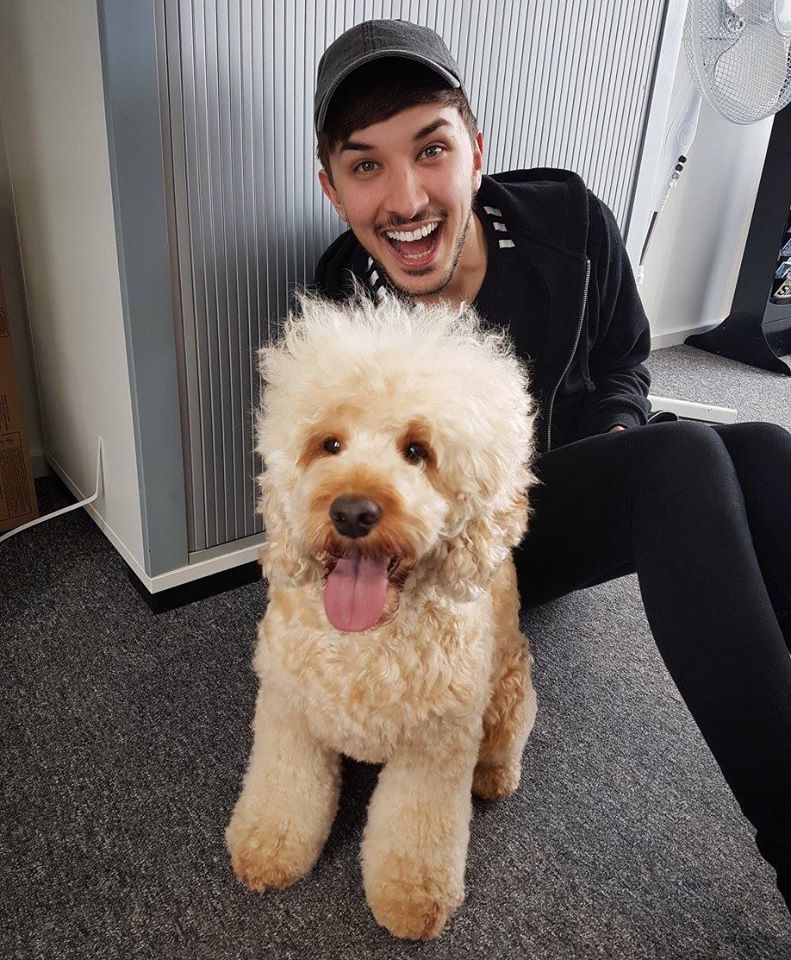 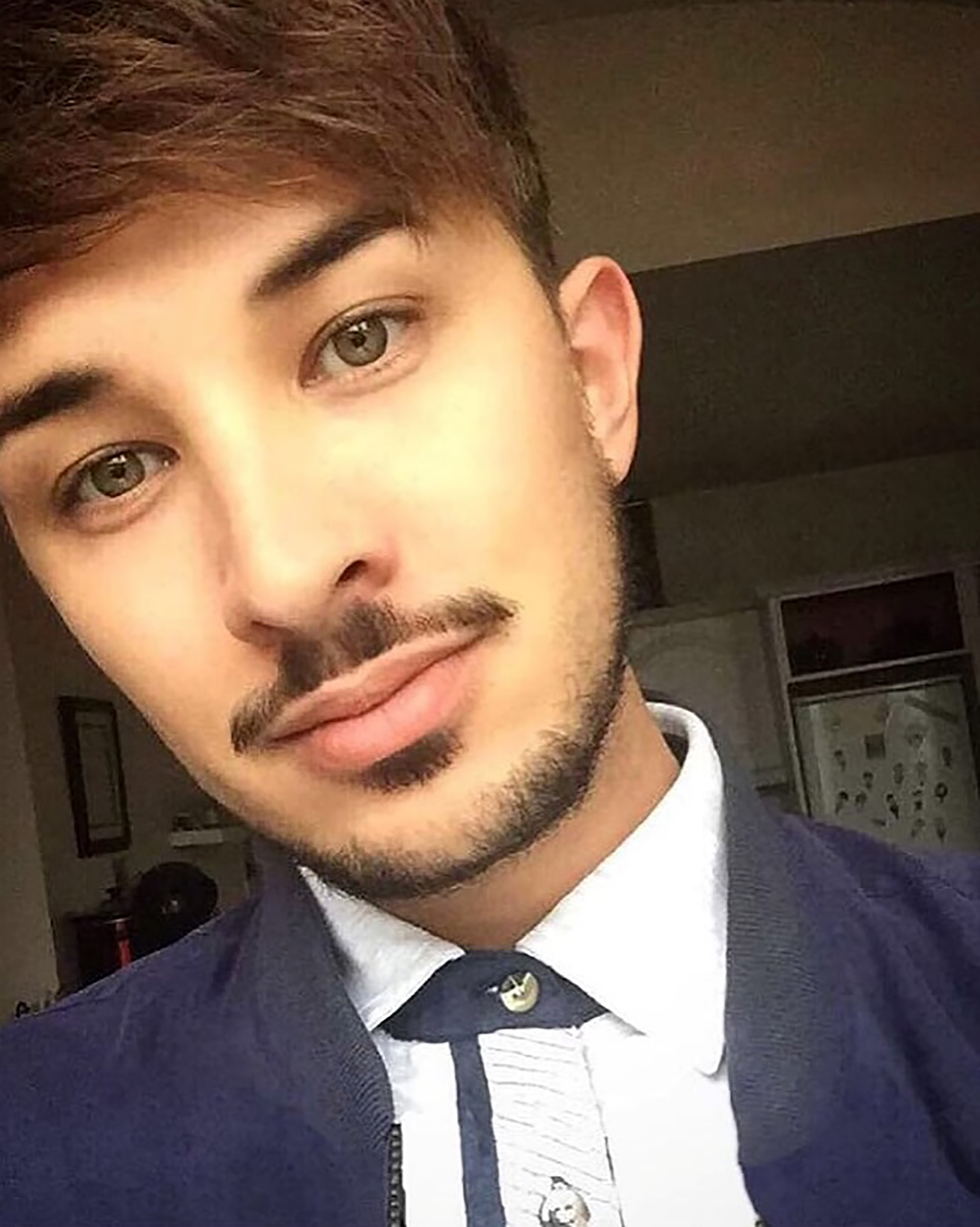 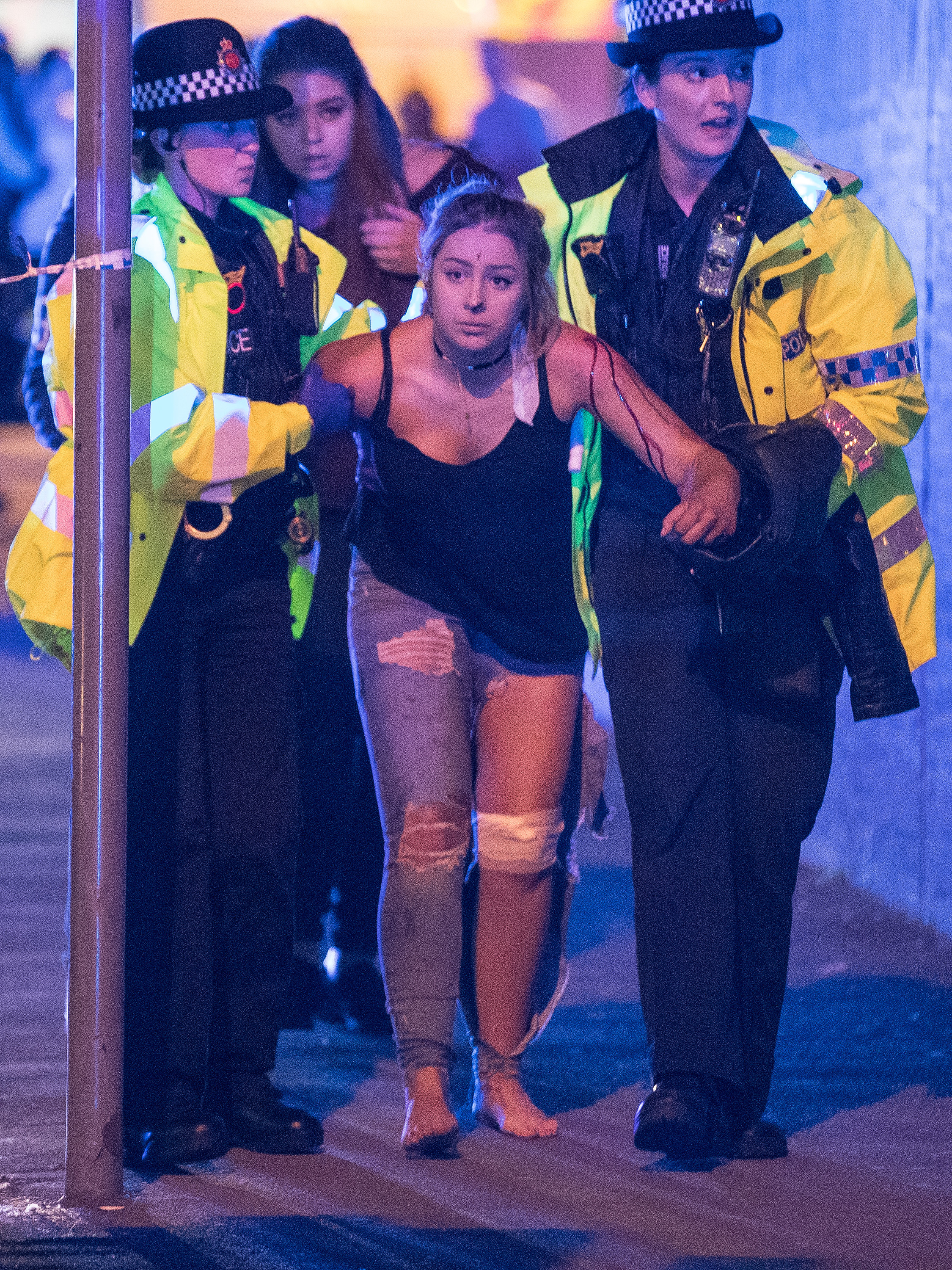 “We will not know for years the damage and danger keeping children isolated and online all day will have on our society.

"The aim of Martyn’s Law is to protect the public, not burden businesses. Big arenas will require more security than a small cafe. Ultimately, it’s about saving lives.”

Figen, who marked her 60th birthday in a quiet lockdown celebration with Stuart last month, will start today by getting her first coronavirus vaccination.

She said: “Getting a Covid jab is a Mother’s Day present of sorts. Martyn would have seen the humour in that.

“If Martyn was here he would usually come round in the afternoon with a big bunch of flowers and scream, ‘Hiya’ in his usual way.

“On the last Mother’s Day before his death he stayed for the whole day. We went for a walk, we had some lunch and had a few drinks.

“We just chilled at home with the other kids, it was very nice. Just the way I wanted it. He was very excited to be going on the trip of a lifetime to America, which he was due to leave for two days after the Ariana concert.

“He had been working and saving for two years for the two-month trip. It was his dream.”

‘I CAN NEVER FORGET HIS SILLY LAUGH’

Martyn’s four siblings marked the first Mother’s Day without him in 2018 by giving their mum a diamond necklace with five studs on it, one to signify each of her children.

Figen, who is making a heart for a teddy bear using melted-down shrapnel found inside Martyn’s body from the blast, said: “They told me it’s to remind me that I will always have five children, not four.

“It was an incredibly thoughtful present. I never wear it because I’m terrified of losing it but I will wear it on Mother’s Day.”

Figen keeps a large wooden memory box in her hallway filled with sentimental reminders of Martyn. 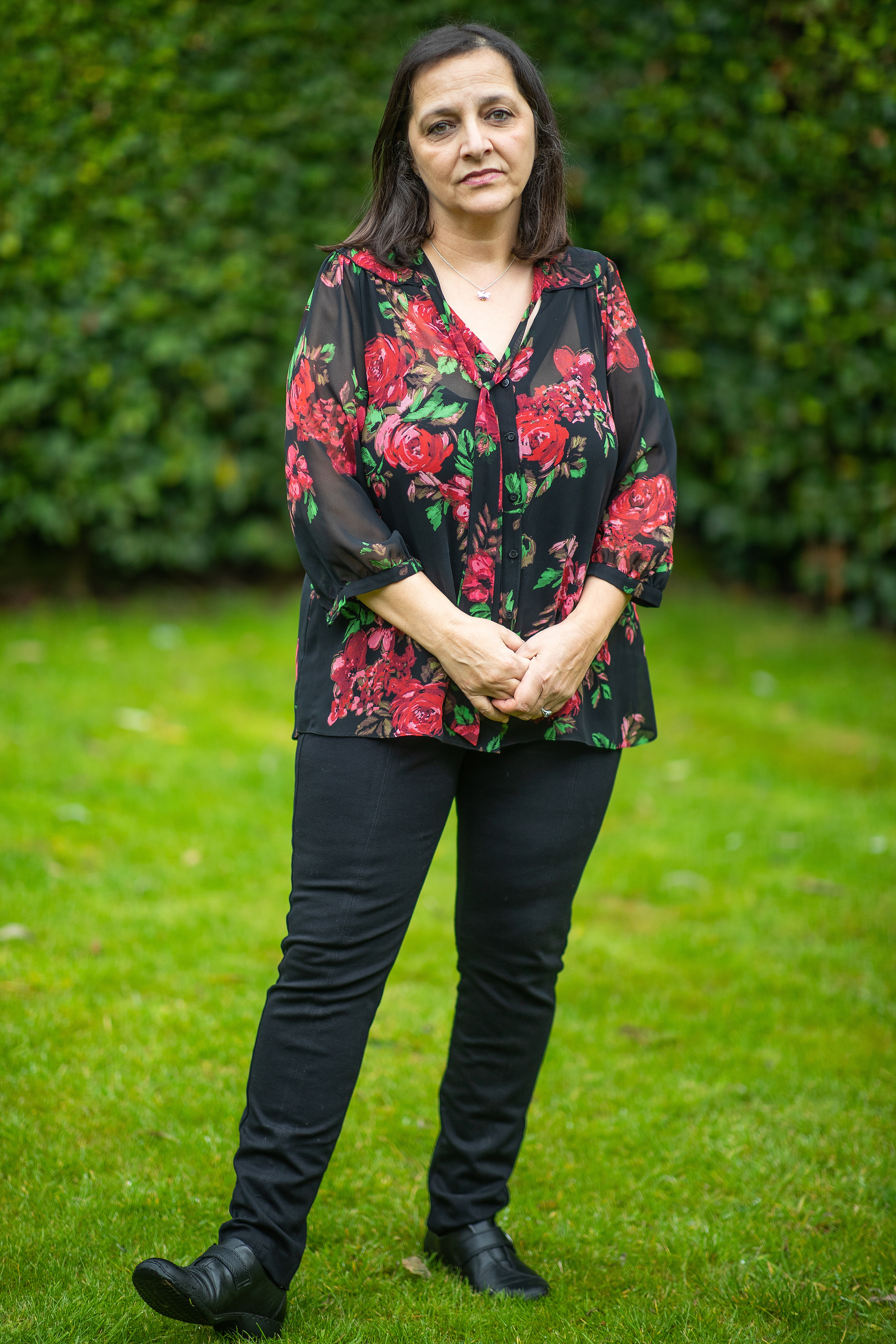 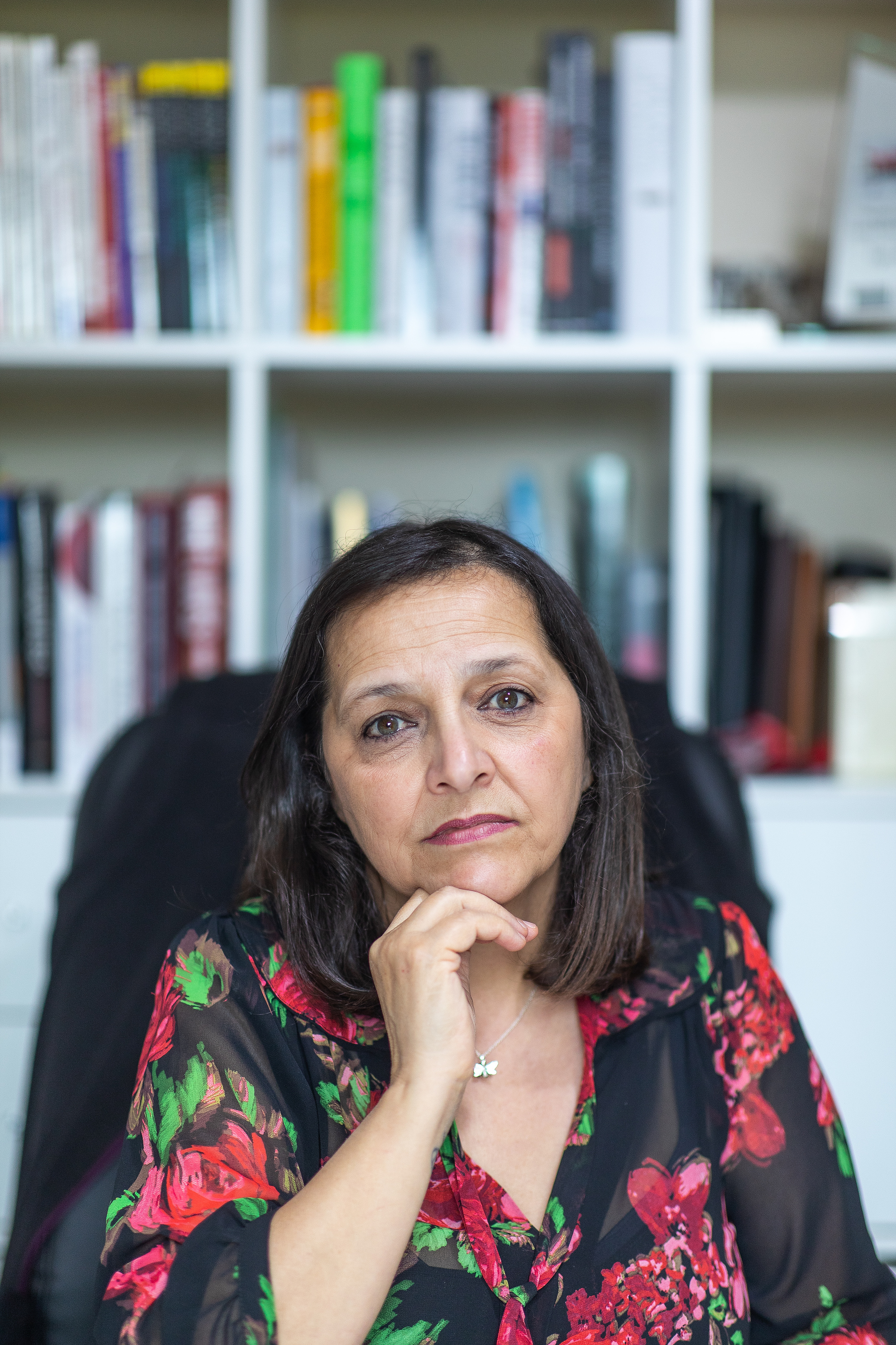 Inside are Mother’s Day cards he made for her as a schoolboy.

She said: “I can’t get myself to watch his videos unfortunately, but the pictures are very important to me. They always say you forget the voice of somebody who died first and I’ve always worried about it.

“But I can never forget his silly laugh — it always rings in my head.”

Figen also keeps Martyn’s ashes close to her in her home office. His beloved cat died three weeks after him, and her ashes are now sitting besides his.

Figen said: “She was very upset, she wouldn’t come out from underneath his bed. One morning she didn’t wake up but they are together now.

"I feel a strong connection when I’m in my office and I’m lucky that we all get to work from home so I can be with them.”

Now Figen also has Martyn’s lesser-known tree to remember him by.

I can never forget his silly laugh — it always rings in my head.

She explained: “A chap who plants the trees in the park told me I needed to pick a native tree, so I decided on a silver birch.

“However, when I told him what I thought might be nice, he told me that he had been watching Martyn’s videos on YouTube and said he couldn’t give me a normal native tree because Martyn was extraordinary.

“He said he thought Martyn was a rarity and that he deserved something more special, so he chose a ginkgo biloba tree.

“They’re very hardy trees, they live for more than 1,000 years. They grow very tall and it’ll still be there long after we’re all gone. So we planted this baby tree outside for him and I have a plaque next to it with a poem that encapsulates what I feel.”

The poem reads: “May this tree be an eternal symbol of peace, hope and order for many generations to come”, and finishes with a heartfelt plea to, “Always #bemoreMartyn”. 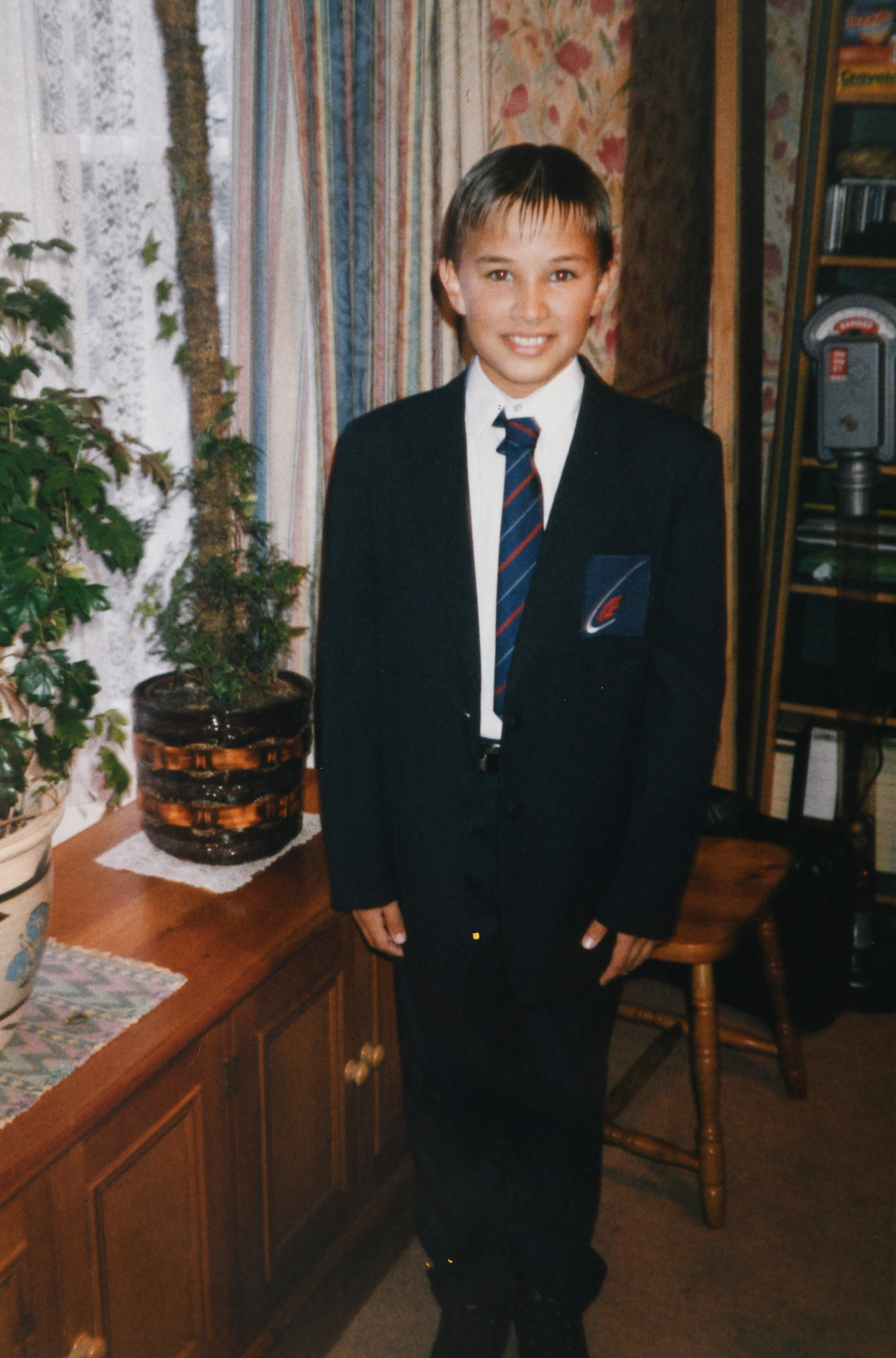 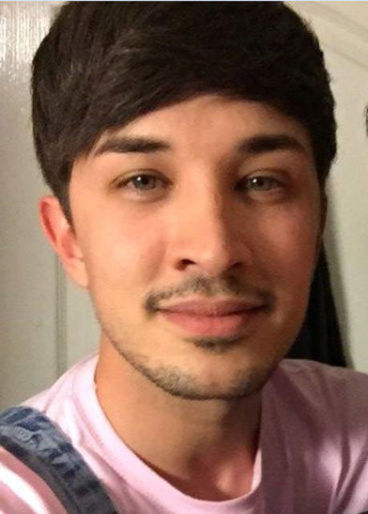 Figen added: “The tree is notorious for letting off a bit of a stench during pollination, like old trainers, which Martyn would have found hilarious.

“Its leaves turn from vivid green to yellow in the autumn and they often attract nature lovers keen to pose alongside for a photo.

“Martyn would have loved the vibrant colours. He was always spreading joy and laughter — this tree encapsulates him.”