The number of migrants reaching the UK by crossing the English Channel is soaring after 617 people were intercepted on Thursday alone – including 38 who were found in the sea after their tiny dinghy sank during the journey.

Border Force vessels and RNLI lifeboats carried out rescues at sea throughout the day in 14 separate incidents. 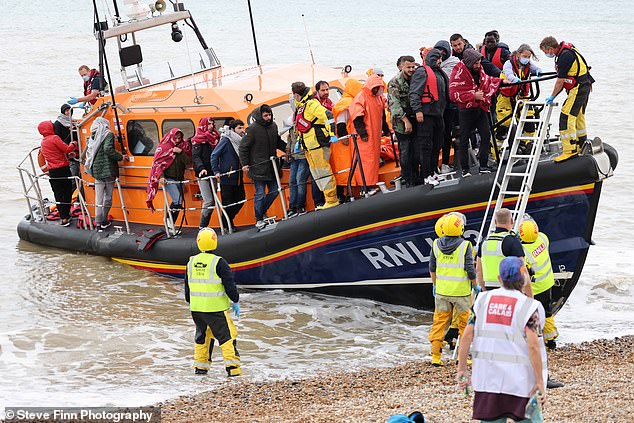 Migrants are helped down from an RLNI boat after being rescued in the English Channel on Thursday. In total, 617 people attempted the journey on Thursday 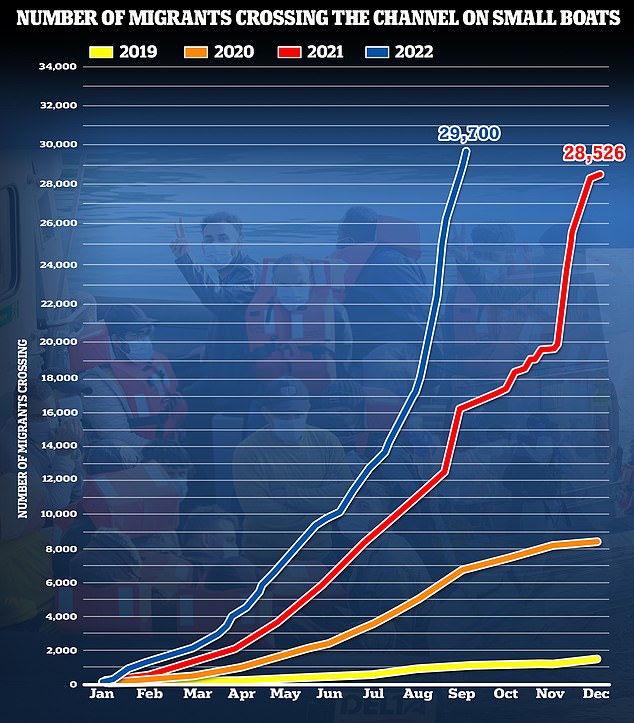 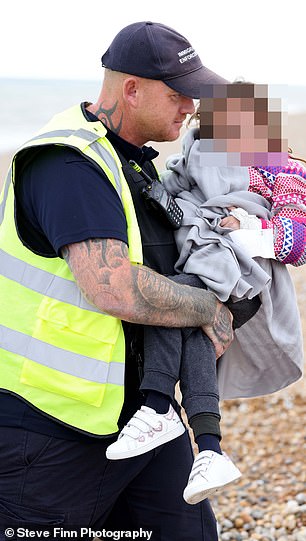 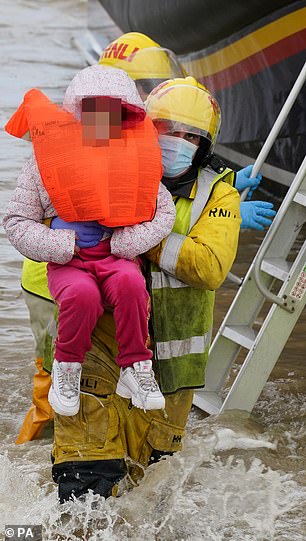 The majority were brought into the harbour at Dover, Kent, to be entered into the immigration system.

Weather conditions in the Channel deteriorated on Thursday and remain dangerous today, which is expected to prevent any further crossings for the next few days.

But there are concerns that as the UK heads into autumn and winter the journey will become only more perilous.

Natalie Elphicke, MP for Dover, said she is ‘deeply concerned’ about the sheer number of arrivals.

‘It’s vital to see the small boats crisis brought to an end as the seas will become colder and rougher as we head into autumn and winter,’ she said.

‘Action is needed now to avoid further tragic loss of life on the English Channel.’

Last month, Government officials said it was remarkable there had not been any drownings or other serious incidents so far this year.

The Coastguard confirmed there were no reported deaths on Thursday, despite the risk to the 38 migrants whose dinghy deflated during the journey.

A Coastguard search and rescue helicopter assisted and remained at the scene as  all passengers were rescued between 6.17am and 7.07am. 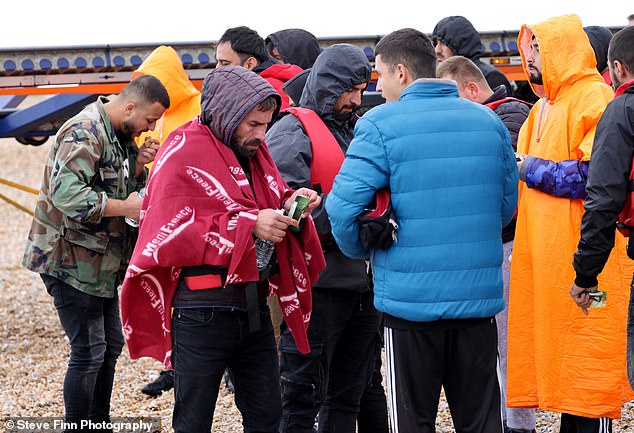 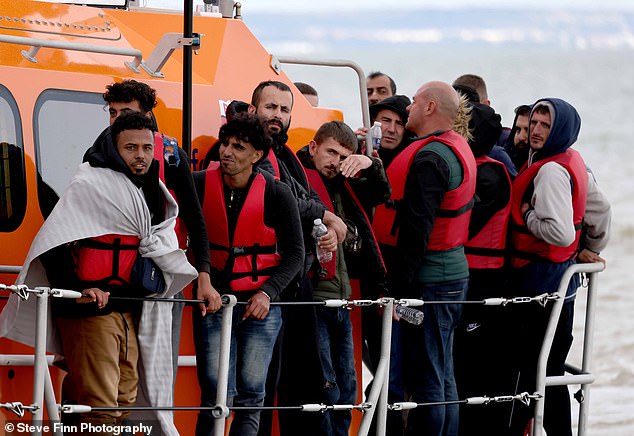 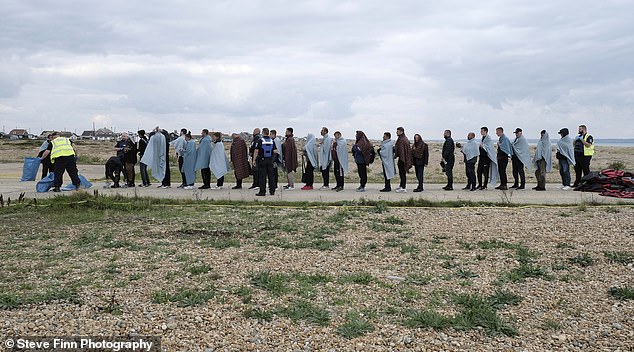 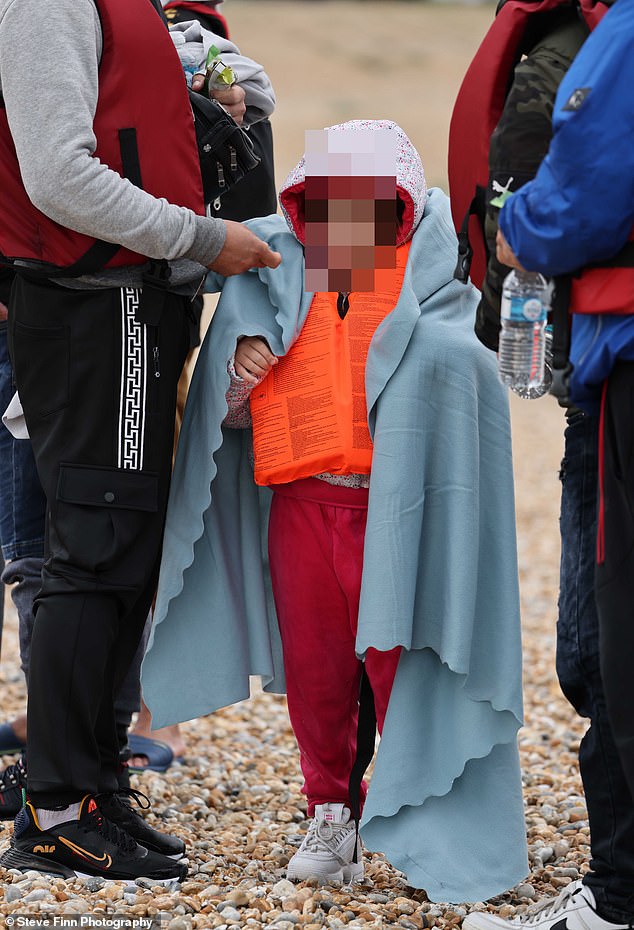 The Dungeness lifeboat brought a separate group of about 40 people ashore on the pebble beach near Lydd on the Romney Marsh in Kent at 2pm.

The migrants arrived with blankets wrapped around their shoulders and wearing orange ponchos after battling cold and wet conditions at sea.

Ministry of Defence (MoD) data suggests there was an average of 44 people per boat during the latest crossings- with 617 people pulled ashore along with 14 boats.

But the data does not include any people who manage to avoid detection, or where  there have been reports of people making the crossing but no actual encounters with Border Force.

A staggering 4,673 have been detained by Border Force so far this month alone. 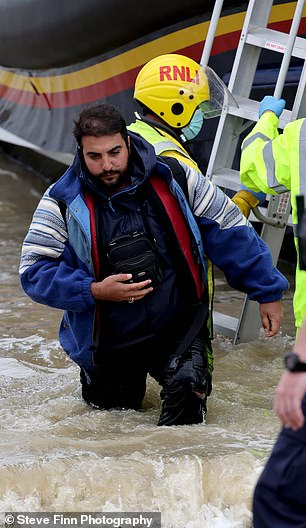 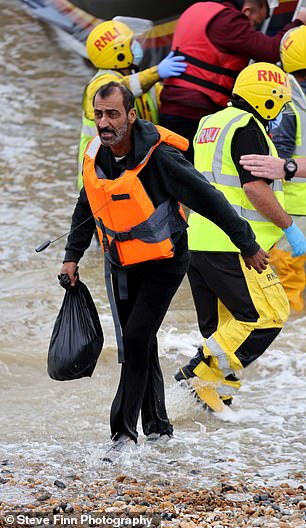 A migrant wades through the water off Dungeness beach in Kent after he was rescued out at sea on Thursday, as a second man (right) clutches a black bin bag with all his possessions 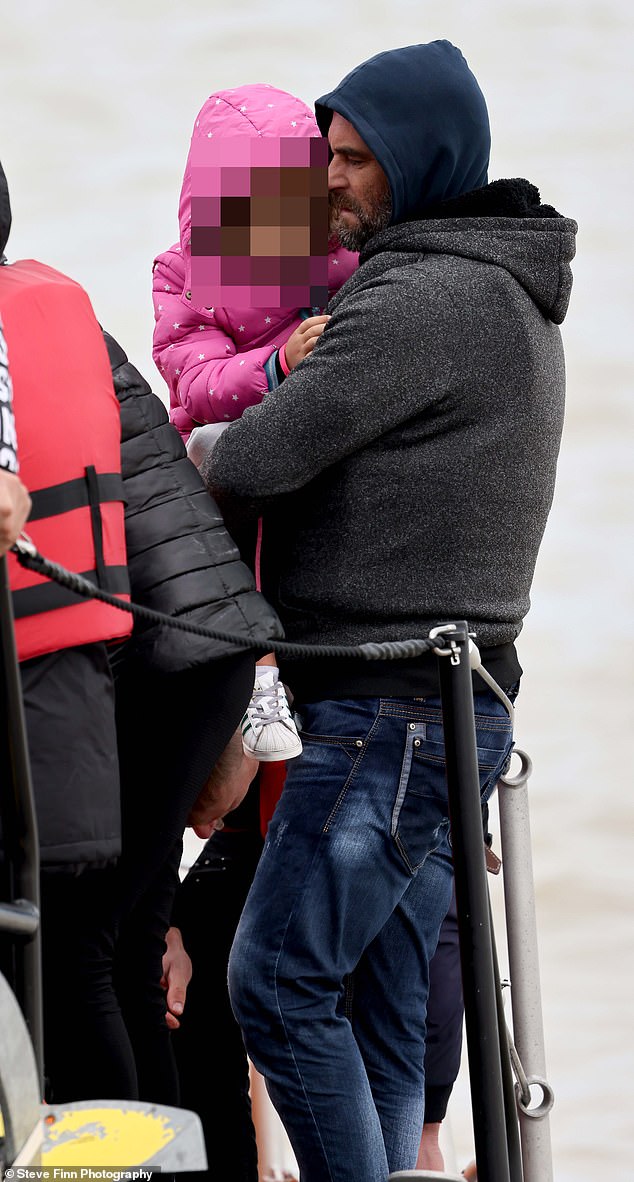 The number has increased steadily each year since 299 people were detected making the journey in 2018.

Of the 29,099 people who have been provisionally detected so far this year, 23,831 have crossed since the Government announced on April 14 that it had agreed a deal to deport some asylum seekers to Rwanda.

The first deportation flight – due to take off on June 14 – was grounded amid a series of legal challenges.

In 2021 more than half of the people detected crossing the Channel were of Iranian or Iraqi nationality (30% and 22% of the total respectively).

A further 10% were Eritrean, 9% were Syrian and 5% were from Afghanistan.

Former home secretary Priti Patel said in the House of Commons on September 5 that Albanian nationals accounted for around 60% of the people arriving in the UK via small boats over the summer.

The average has risen steadily since the start of 2021.

In 2018 there were fewer than 10 people per boat, while in 2019 and 2020 the figure tended to fluctuate between single figures and the high teens.

From 2021 the average started to increase, reaching 20 in March and 30 in August.