A SCREAMING naked woman stuck in an eight-inch space between two buildings was saved by firefighters who drilled through a concrete wall in a dramatic near three-hour rescue.

The woman, who hasn't been named, managed to trap herself between the walls of an auto body shop and a car stereo store in Santa Ana, California on Tuesday. 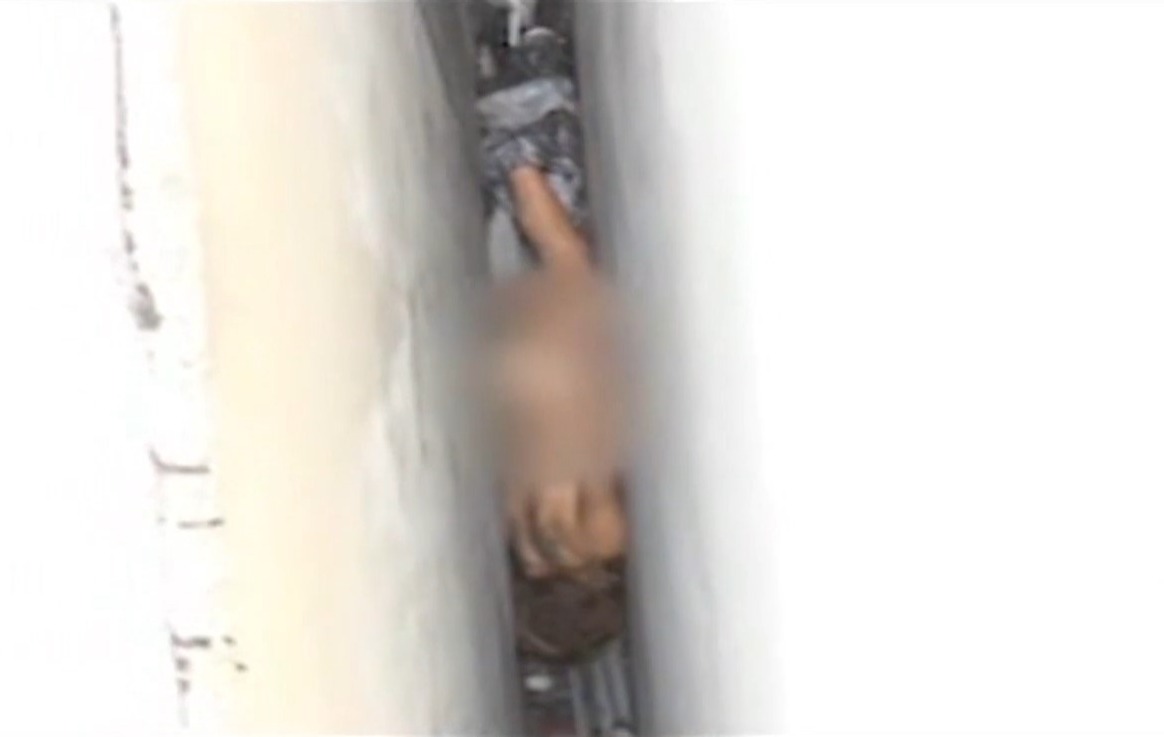 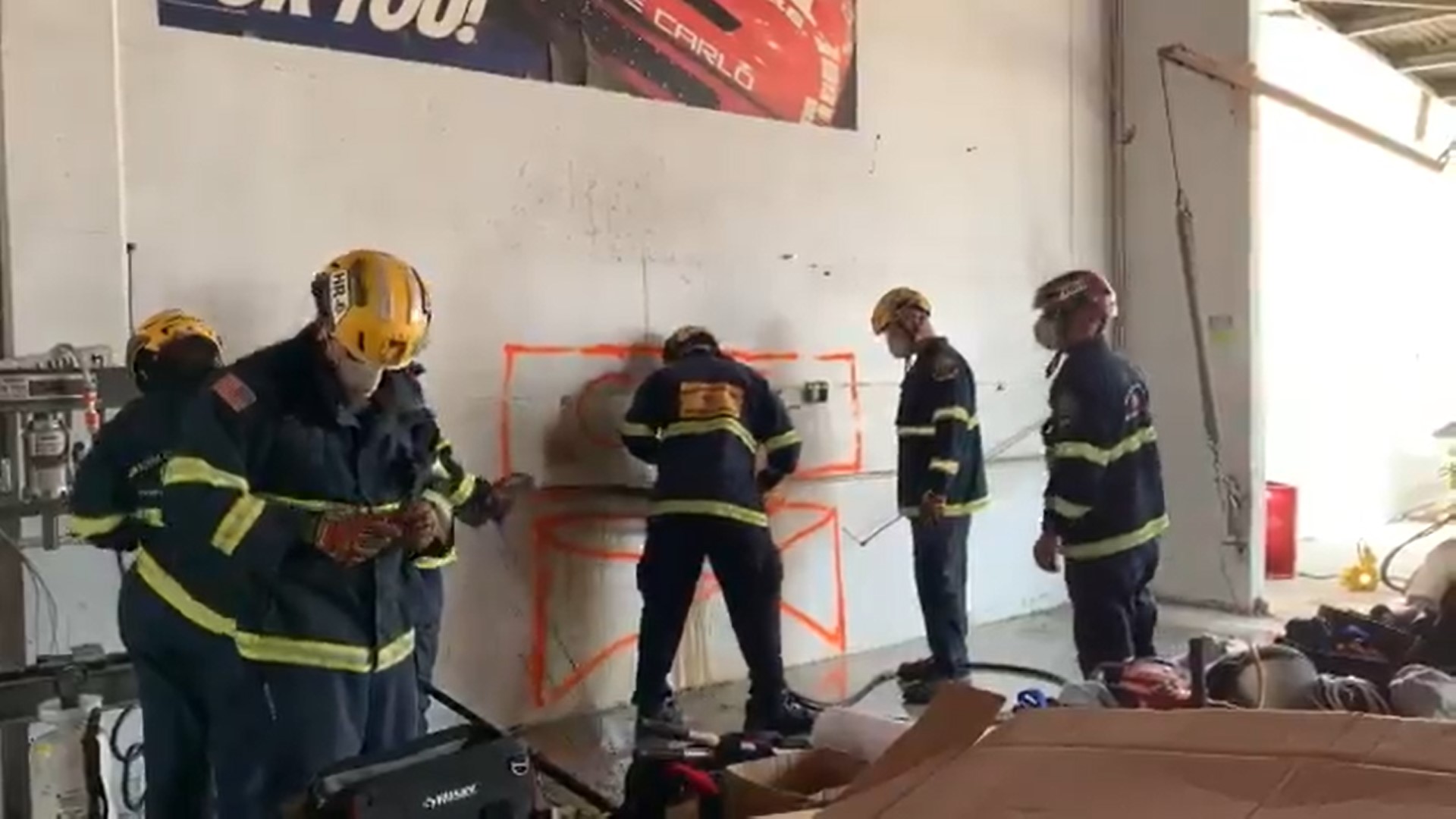 Orange County Fire Authority Capt. Thanh Nguyen told The US Sun that it's a complete "mystery" how the woman got there.

Rescuers with the Orange County Fire Department were summoned to the scene just after 2pm after workers inside the auto shop heard the woman crying for help.

It took the workers around 20 to 30 minutes to figure out where the woman was.

She was trapped in a space no more than a foot-wide, laying on her side and completely naked, Nguyen said.

Firefighters were unable to reach the woman and she was unable to crawl out of the space.

The only option, officials determined, was to drill a hole through the wall adjacent to the woman and pull her to safety. 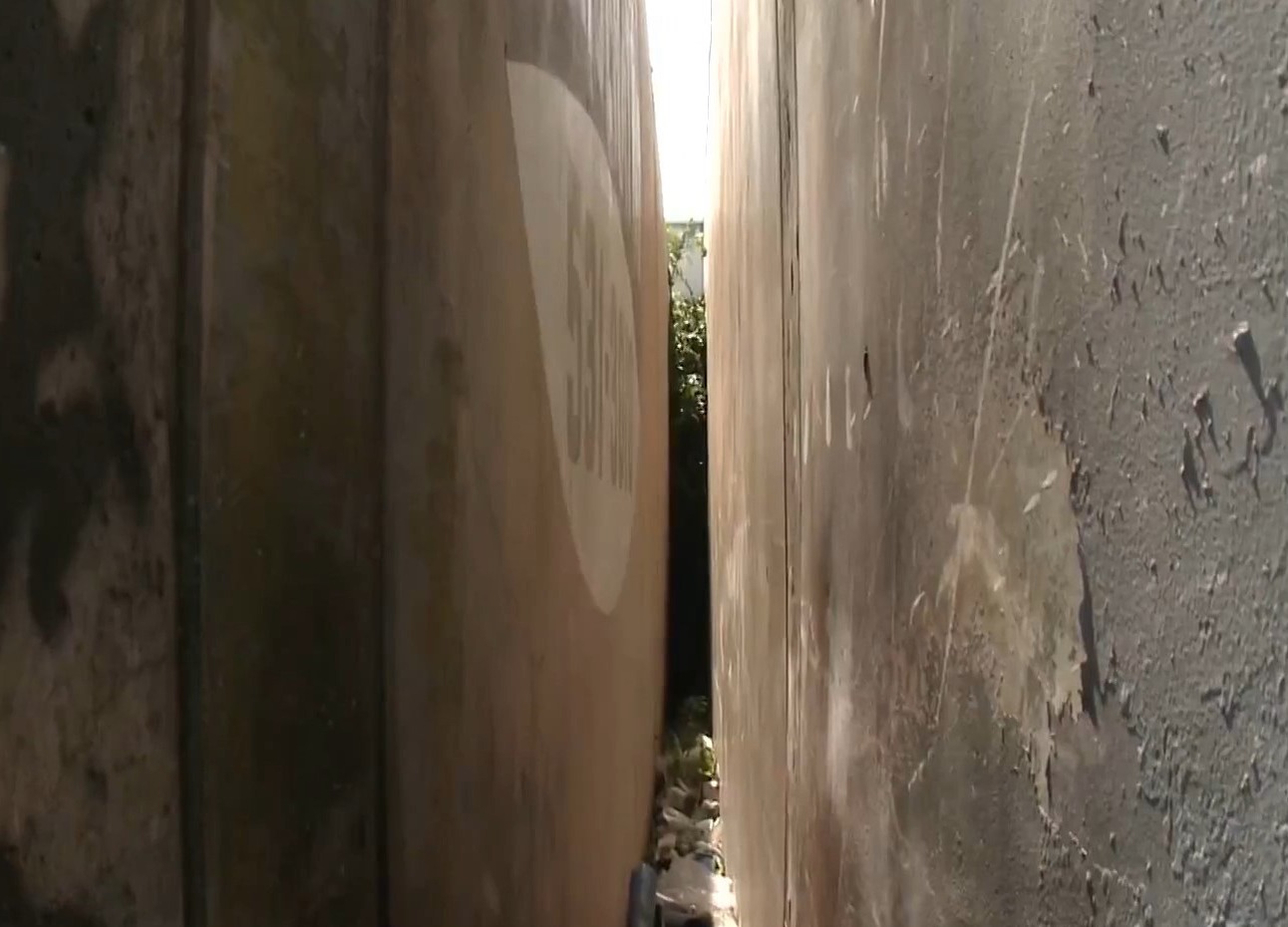 First, rescuers drilled a small hole into a nearby wall and inserted a camera to assess where was best and most safe to begin cutting.

"Our biggest concern was the large amount of concrete around the woman potentially falling and injuring her," Nguyen said.

A Santa Ana building official was called to the scene to help monitor the situation.

For the next two and a half hours, firefighters carved a 3×3 hole into the concrete wall, which Nguyen says was around eight inches thick.

Throughout the rescue, the woman was communicating with officials, asking for them to help her.

Nguyen said officials stationed firefighters on the roof with a ladder and another with a long-reaching tool at the side of the building to keep the woman still and safe throughout the cutting. 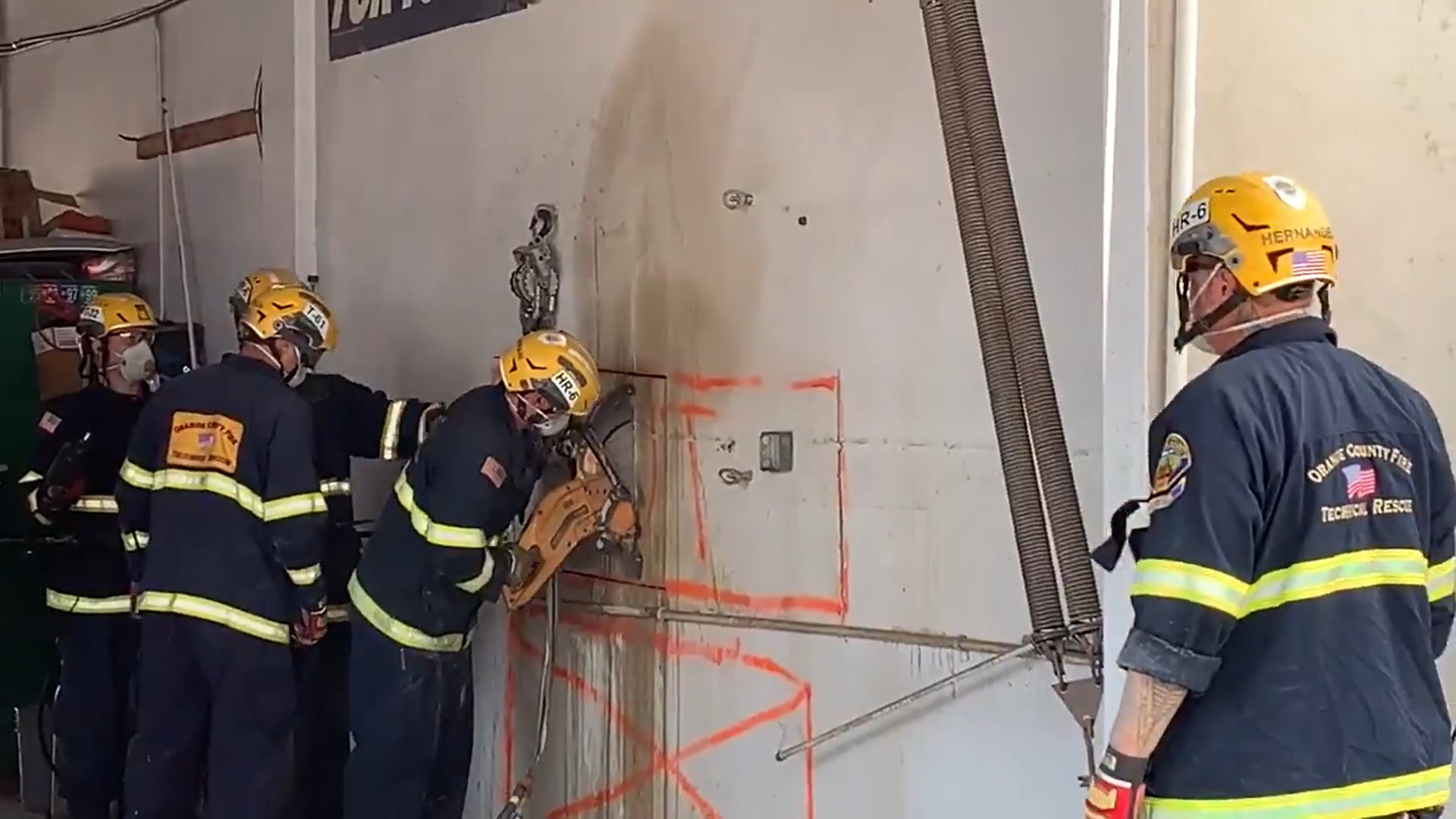 By 4.30pm the woman was finally freed.

Nguyen said the woman was "anxious" when she emerged from the confined space and had suffered only minor injuries.

It's currently unclear whether she was hospitalized and if she was intoxicated at the time.

As for how the woman came to be stuck in the first place, that also remains a mystery according to Nguyen.

"That's a mystery to us all right now," he told The Sun. "There are only two ways she could've got in there: either crawling in from the front end of the wall or falling down into the gap from the roofline."

He described the rescue as "difficult" but said his technical rescue team trains for such circumstances on a regular basis.

Workers at the auto body shop described the bizarre encounter to local media.

“We called the cops and the cops came in and got on the roof and looked between the two walls and she’s all naked,” the man said.