SHOCKING footage shows the moment a furious kebab shop customer points an imitation gun at the owner after refusing to wear a mask.

Paul Griffiths, 57, flew into a rage when he was asked to wear a face covering inside the fast-food restaurant to protect staff and other diners from Covid-19. 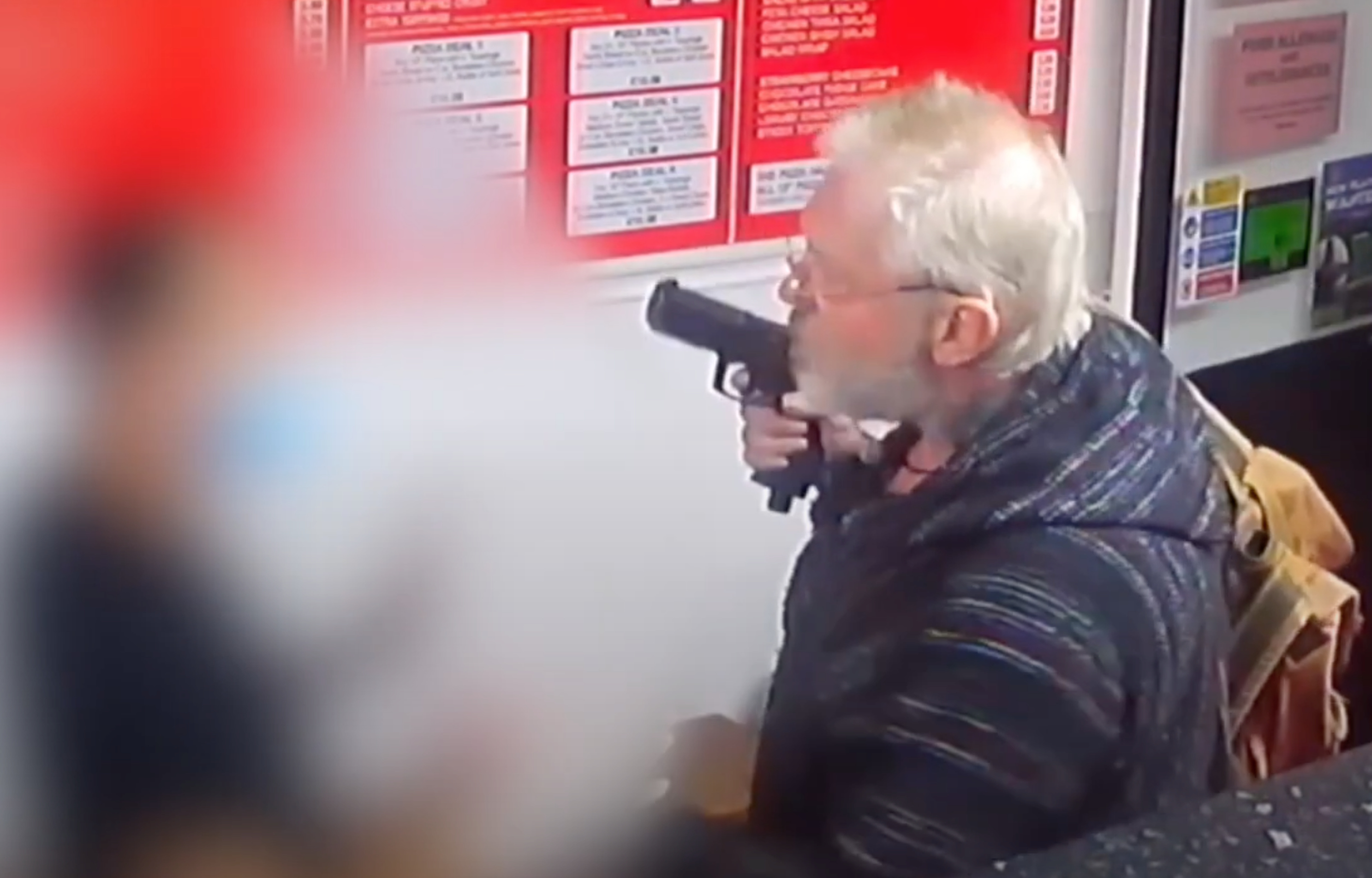 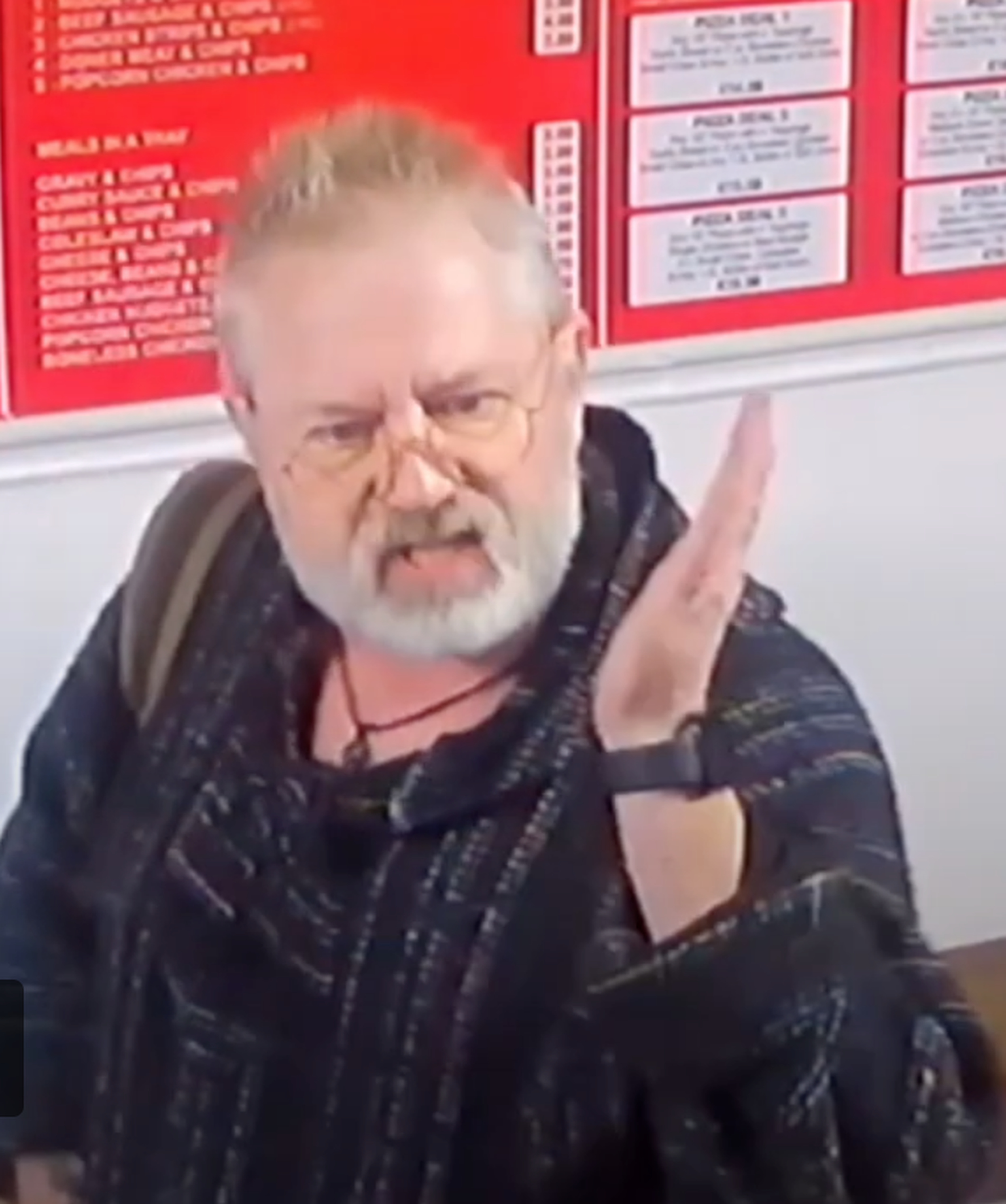 He pulled out a CO2 powered paintball-type gun – which is prohibited – and pointed it staff when they told him to wait outside, a court heard.

CCTV footage inside Rhondda Takeaway in Ystrad, South Wales, shows Griffiths brandishing the imitation weapon at others in the store.

Magistrates in Merthyr Tydfil were told a customer and delivery driver dived behind the counter in fear they would be shot.

The driver then managed to run out of the back of the shop and dial 999.

In the emergency call, he said: "We've got a guy pulled a gun out on us in the Rhondda Takeaway in Ystrad.

"This old gentleman. The shop owner's with him out there." 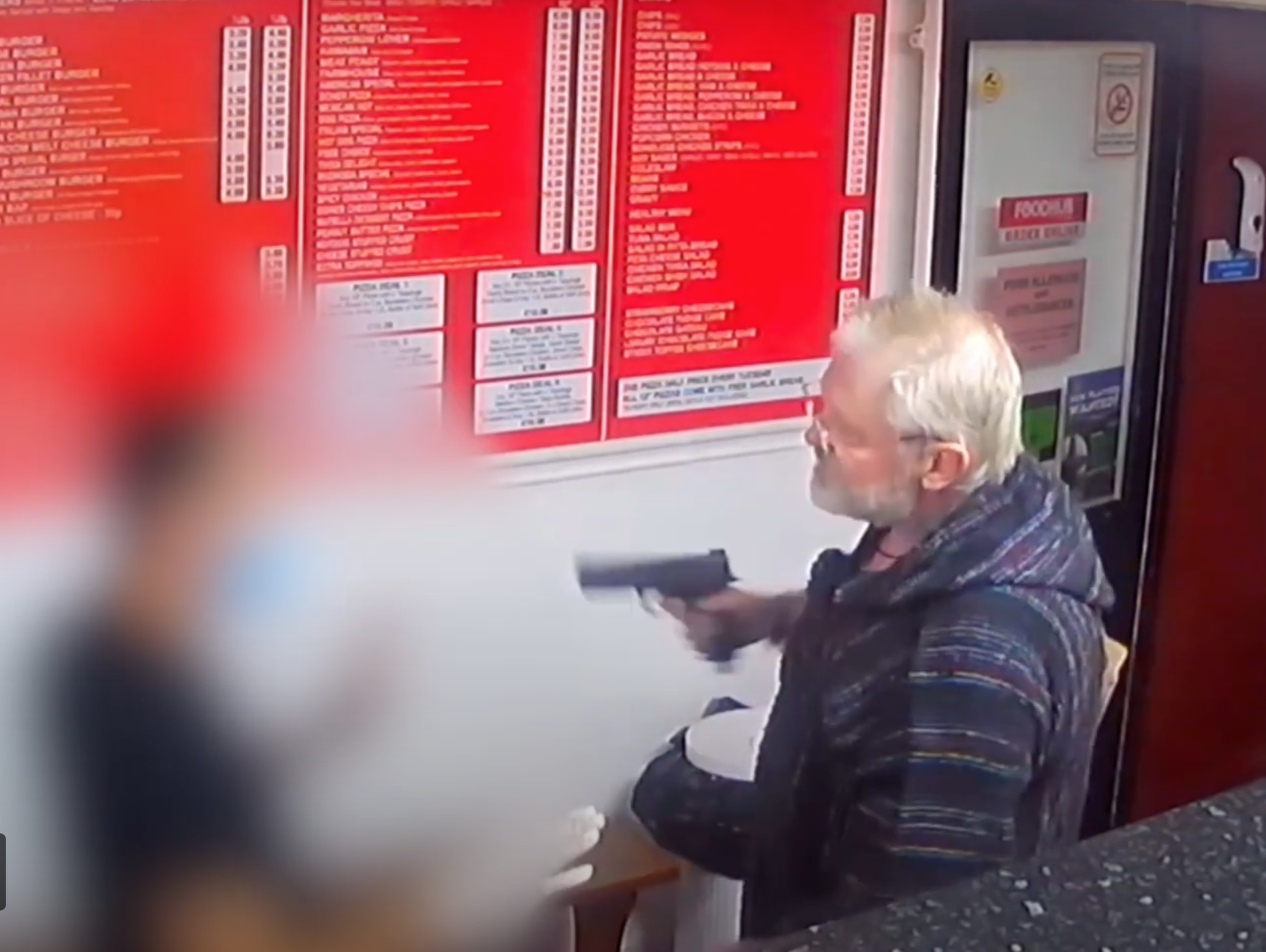 The court heard Griffiths had been trying to order food at the takeaway at 10.15pm on November 5 last year.

Police carried out a search of his home following his arrest and found a cannabis factory.

Griffiths, of Ystrad, pleaded guilty to possessing an imitation firearm in a public place with intent to cause fear of violence, possessing a prohibited weapon, and cannabis production.

He was jailed for 20 months.

"The people inside the shop that night genuinely feared for their lives.

"I would like to praise the actions of the owner who acted calmly and put the safety of others first by trying to keep the man inside the shop.

"The delivery driver raised the alarm quickly which ensured our armed officers were on the scene in minutes while he was still at the scene."